I am No Dane Jackson Fanboy 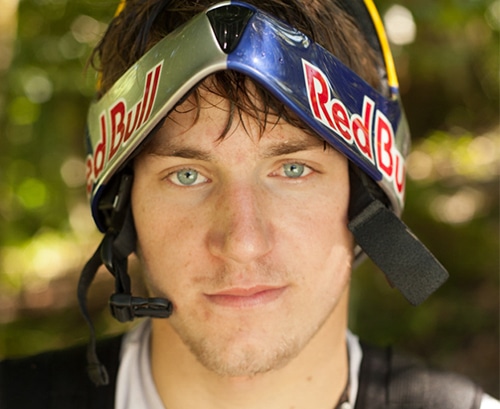 “I am No Dane Jackson Fanboy”

Sports figure worship has never been my gig.  Yep, I’ve never been the guy in line to buy a pair of Jordans, wear a person’s name on a sports jersey, or even asked for an autograph.  I have crossed the paths of a few Hollywood elites over the course of a lifetime, and quite honestly, it never did much for me.   One time, Don Johnson walked into the What-A-Donut where I worked, and unlike many, I acted like I did not recognize him, so he could eat his apple spice cake donut in peace.

“How about we bring Dane Jackson to OKC sometime?” my Jackson liaison queried. I replied that this certainly would be neat, figuring this was a pie in the sky, someday, sort of offer. Maybe they were a bit puzzled as to why I did not start doing gymnastics at this news like I was trying to earn a spot in the Olympics.  Dane’s Dad EJ has visited OKC a couple times to do clinics, as has his sister, brother-in-law (Nick Troutman), and many other Jackson Kayak superstars.  Yeah, having Dane, the best whitewater kayaker in the world would be cool.

(A day later) BRRRRRRING, BRRRRRRING. How does this date about a month away work to have Dane come to OKC?  Say what?  I thought this offer was for some date in the future as a theoretical, especially since three kayak superstars had literally just visited to do free clinics for us.  Things were starting to get real. 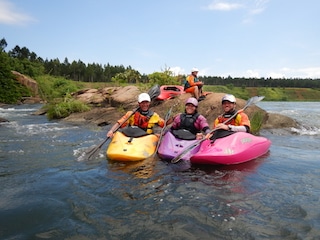 I had met Dane a number of times before. I was excited, but again not star-struck.  Quite frankly, the times, I had previously been around him, like Don Johnson, I just wanted him to eat his donut without a lot of fanfare or engagement required on his part.

As the clinic approached, I littered the OKC Kayak social media with pictures of Dane falling off some of the planet’s biggest waterfalls, boating previously unrunnable rapids like Pakistan’s Malupa on the Indus River, and throwing down the sickest freestyle ever in a playboat. As could be expected, the local paddling community was pretty floored to hear that he would be coming for a visit.

In the days leading up to the event, I went so far as to mock the crazy riders some rock bands create. “If we do not have this ridiculous and random list of items in the dressing room, we do not play.”  One of these posts even led to Dane getting asked about what his deal was with the “red M&M’s”. Clearly the TV host interviewing him, did not know that I was joking.   Dane humbly, and puzzledly explained that he had no problem with red M&M’s, nor did he have much of any other requirements as a precursor to a visit.

Dane’s flight dropped into OKC. I picked him up curbside at the airport, pretending he was some random tourist, as I invited him to a free kayak event we were having. We headed to the kayak shop so my coworkers could meet him. Then, Melissa, my partner, and OKC Kayak comptroller, made me shake Dane down for $22.50, to reimburse the 7 packs of pink sticky notes we used to transform the purple and yellow Jackson Antix he would be using this weekend.

Our next stop was to head to Riversport Rapids, the manmade whitewater park where the event was to be held.  Dane had already mentioned that it was a bit of a struggle. He had been driving across Canada all night long, taking a few, twenty-minute cat naps along the way to make the Syracuse border crossing where he would catch his flight into Oklahoma. He would do a pretty good job hiding this fatigue as we walked the course, greeting many of his paddling friends that were also in town for a big ACA slalom kayak qualifier.

We were nearly finished walking the course, when one of these young, junior qualifiers, still wearing his wet jersey, spotted Dane.  (Super Fan Boy enters stage left) This kiddo was beaming. “Oh my gosh, I have wanted to meet you in person my whole life. I have watched every one of your videos. Can we take a photo together?” Surely, all things this kayaking megastar had endured a million times prior, but he still gave this anonymous kid more time than a guy who had been traveling for 24 hours should have to give, making sure this boy felt like the only guy in the world at that particular moment.

Knowing how travel weary, Dane was, I excused us, so we could head to the house.  Young Teo, still panting in his ever so excited voice, announced to Dane that it was his birthday, and subsequently said, “I want to invite you to my birthday party.” I was chuckling on the inside, ready to see how Dane would defer the offer.  “Yeah, I have quite a few things I need to get done tonight, but where is it?” The kid noted it was at the laser tag and arcade, and we headed out.

Back at the house, 25 minutes away, we kicked our feet up, after a long day of travel.  Dane is playing on his phone, as I am offering him a beer.  Next thing I know, he walks out the door, as his UBER is here.  Wait, what?  Brickopolis?  You are joking?  Yep, Dane, despite fatigue said, I think I am going to make that kid’s birthday party.  And, he did.  Mad props Dane. Mad Props. Teo and his friends will never forget the night Dane Jackson showed up at his fifteenth birthday party.

(Ahem, Ahem) This not fanboy, was beaming at the act of kindness, someone as big as Dane had just done. My happy sentiments from this act would pervade the rest of the weekend.

As one would expect, throngs of beginners joined veteran paddlers for a weekend of Dane Jackson Kayak clinics.  Another hero of mine joined him in teaching folks. Jeff Jensen, of Green Bay, Wisconsin, had driven 14 hours each way to come out. Jeff leads one of the biggest free kayak programs for kids, using a fleet of over 40 Jackson whitewater boats he bought out of his own pocket. And, he is darn good at what he does.  It was a treat for all who got to learn from him.  He just has a way of really growing folks without getting them out of their comfort zone.  I learned a lot from him, about teaching throughout the weekend.

As the coordinator, I try to stay dry as long as I can at these events. Someone is always calling or texting, or we are fighting fires to make sure all the working parts come together.  I was walking course side with a participant who was taking a break from the strokes and concepts clinic that was underway.  This friend was watching Dane give an overview of eskimo rolling to the newbies.  This fellow noted that this was cool, but exclaimed, “I know nobody will actually learn to roll this weekend.” I objected, explaining that many folks often do learn this at these clinics.  Not five seconds later, the fellow he came with, whose first day in the kayak was today, rolled up.

Another youngster, who could not get enough was young Tristan. He literally paddled so much he could not hold his paddle in his raw hands any longer. No problem.  He just learned to hand paddle instead so he could continue to throw down in the hole with Dane, Jeff, and all the locals.

The weekend continued with a sick display of tricks from Dane.  Whether it was endlessly cartwheeling nine-foot boats in very shallow features, stunning the crowd in a Rockstar that seemed to have wings, or making kayaks jump up onto the blue blocks of the course, everyone was dismayed by his abilities.

Dynamic duo rides with Dane capped off each day. Typically, we only. have time to let a select, special kid or revered, adult paddler who is on the injured/reserve list, have this special opportunity.  Much like running lap after lap on the North Fork the day prior to the championship, Dane kept giving two-person whitewater kayak rides until the very last person was satisfied. (Redbull, if you are listening, you may think about sponsoring this guy!  LOL!!)

It takes a village to make these events happen. I would be remiss if I did not mention all the volunteers who helped check folks in, emptied flooded kayaks, roll people up, shepherd new folks down the channels, load and unload boats, and so much more.  There is no better community than that of the whitewater kayak family. Thank you to Jackson Kayak for sponsoring this event.

Word got out by watching Dane teach and interact with folks all weekend, and young Teo may have told a few folks about the fifteenth birthday, he will never forget.  Dane Jackson is just a real nice guy, who happens to have some damn sick kayaking skills.  Waterfall drops and athleticism, does impress me, but at the end of the day, personality, character, and charity towards fellow humans does more for me than anything. Don’t tell anyone, but I may be a Dane Jackson fanboy after all.