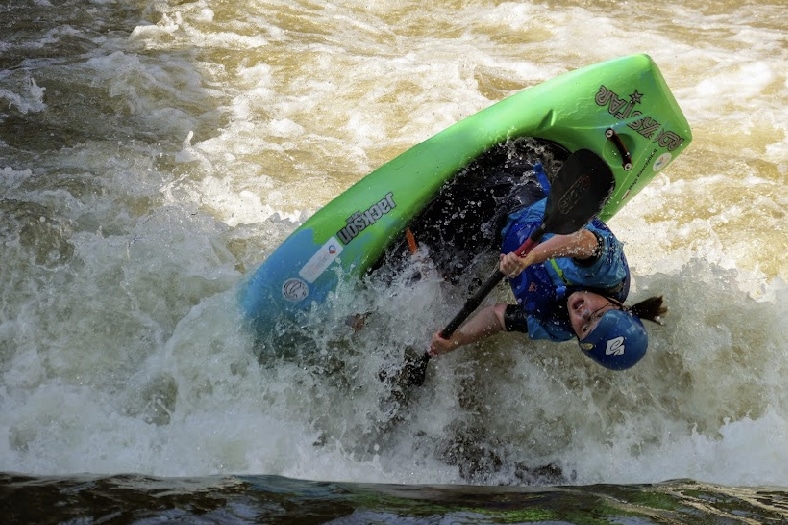 It’s me again – Maja from Poland. I would like to share with all the exciting things that happened to me after my trip to France, which I wrote to you about previously. I spent the second part of my holidays in a kayak. Together with my instructors Zosia and Tomek, I went on the second European tour this summer to train, compete and meet new friends. 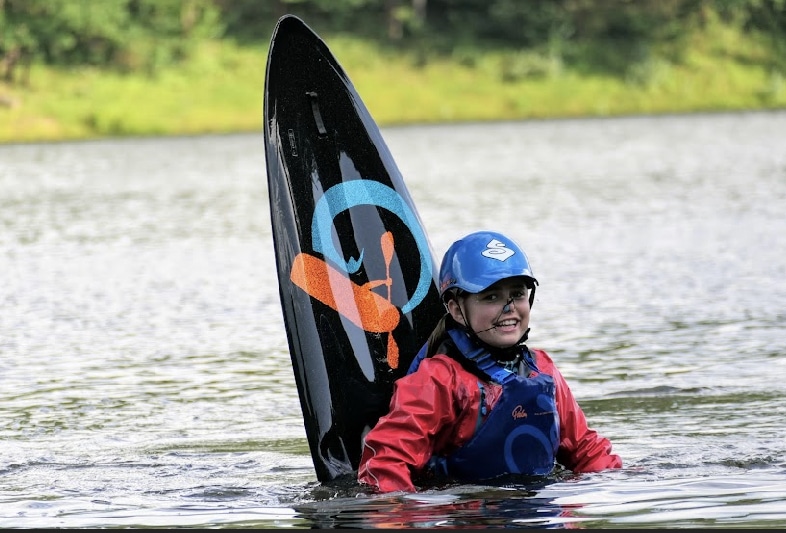 The first destination on my map was the beautiful Prague – where I took part in the Open Czech Championship “Freestyle Fest Pro 2021”. The competition took place on the “Troy” canoe track and I must admit that the playspot itself was a very difficult and demanding one. A moment of distraction means you could fall out of the spot losing a chance to finish the show. At the competition in Prague, there were no other contestants in my age category, so I competed with much older and much more experienced participants from several European countries. It might sound surprising, but that day I was better than the senior contestants and in the final I won the second place. I am very proud of myself because on the podium I stood next to my trainer Zosia Tula who won the gold. 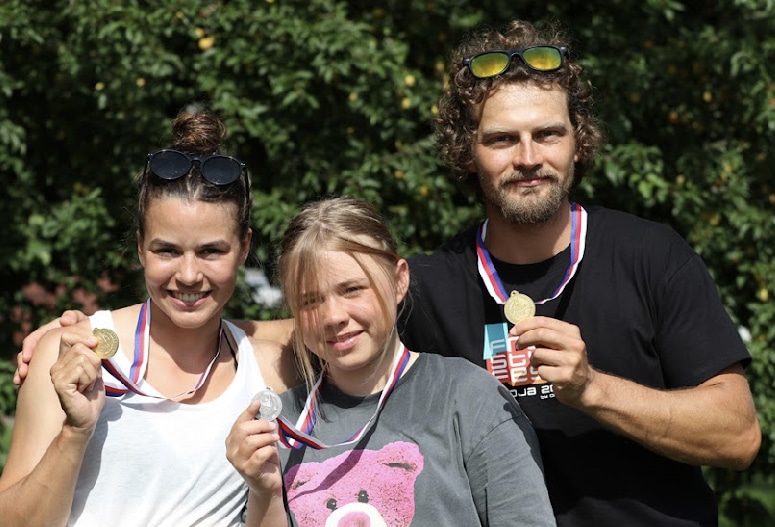 In the Kayak Cross competition, I qualified for the B final and finally got the 6th place! Our Polish team in Prague won 2 more gold medals: Tomek Czaplicki won the first place in the K1M category and Zosia got the second gold in the Kayak Cross competition. Straight from Prague we went to Austria, where in Graz, on the Mura river canal, the Austrian Open Championship “Kayak Graz Freestyle 2021” was held. Kayakers from 8 countries took part in the competition: Austria, Germany, Italy, Spain, Belgium, Slovenia, Czech Republic and Poland. Same here, I was the youngest participant and I competed with juniors several years older. 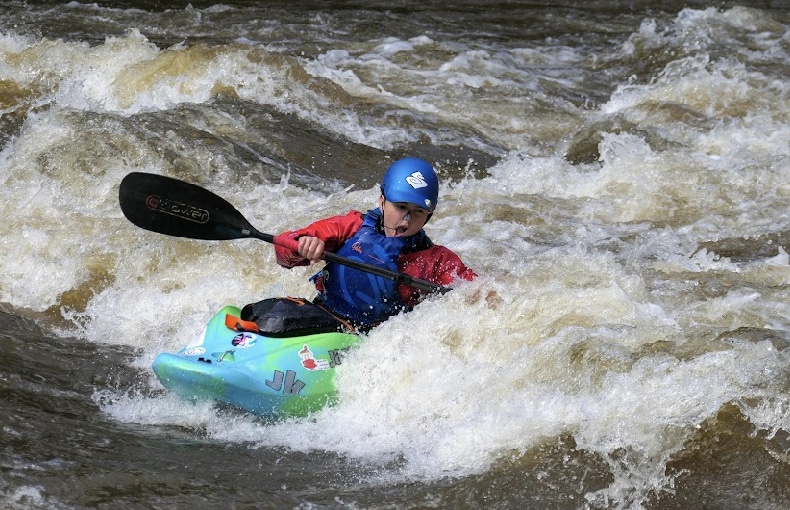 I was extremely pleased because I scored 390 points in qualifying and I reached the final in the second place. Ultimately, I got the 5th place in the competition. I would like to say a huge thank you to the event organizers from Prague and Graz, as well as to all the contestants for the warm welcome, great contest, incredible cheering and such an amazing atmosphere. For the last days of summer holidays, I had been planning to start in the Polish Freestyle Championship in Krakow, but unfortunately, due to heavy rainfall, the competition was cancelled. 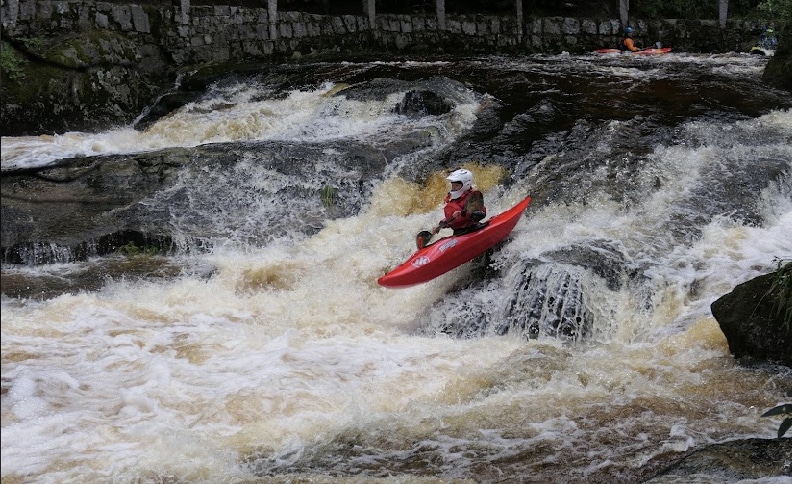 Until the very last moment, I was positive hoping that it would be held and I spent all my free time training in a kayak. Unfortunately, the heavy rains flooded the track in Krakow, but instead, I went kayaking on my favourite mountain river in Poland – Kamienna and had fun on the waves on the Bóbr River near Jelenia Góra. I also tried something completely new… Squirt boating It was an amazing holiday filled with lots of new experiences, sports rivalry, great adventures and making many friends from all over Europe.

Speak to you soon!