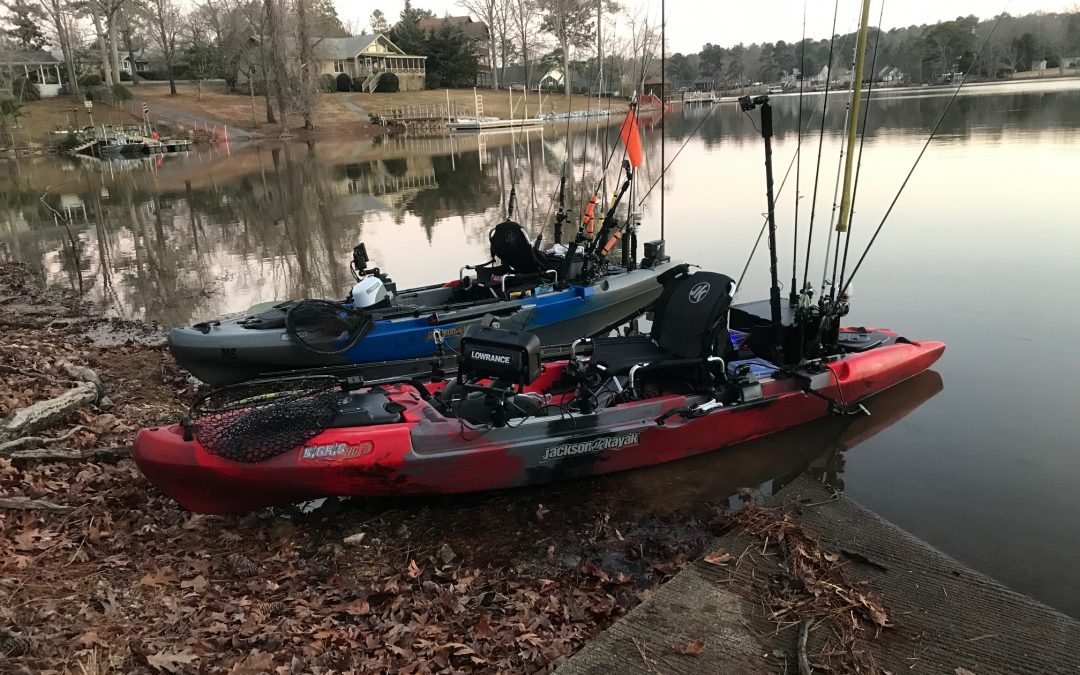 I have a terrible fault. Prepping for tournaments 3-4 months out and making my mind up, right then, where I am going to fish. I know where I am launching, where I am pedaling my Big Rig to, and where I am going to win the tournament. Maybe I am getting a little ahead of myself.
December of 2020, I decide to watch some videos and do some map study for the KBF Event on Lake Murray near Columbia, South Carolina. I stumble across a video of Buffalo Creek and it has everything I like; Rocky Points, Docks, and deep in the back of the creek it blowdowns and grass. SOLD! That’s where I am winning this tournament. I save pictures of the launch location to my phone, rent a house close by, and I’m done; research over. 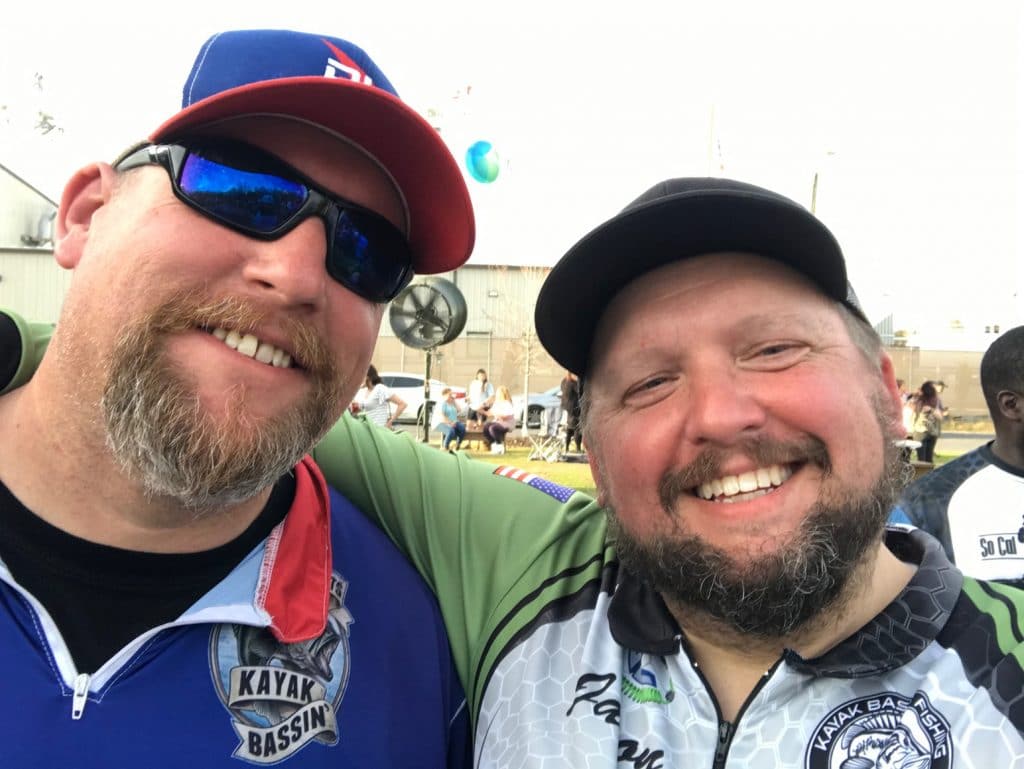 February 27th of 2021, after a few days near Buffalo Creek of some awful prefishing, I go right to that launch and begin the 45-minute pedal to the back of the creek, because I know that’s where the fish are. I didn’t want to be seen down there prefishing so I fished outside of the creek, outsmarting everybody else. The first hour was slow, but that was expected as the bite we found that week didn’t really start until 7:30-8:00. At 8:06, BOOM, a 19.5” largemouth on a 6th Sense Squarebill, fishing a little trench just outside the very back of the creek. Man, just like it was supposed to happen. As I look around there are fish busting after baitfish, bait boiling on top of the water, I am a genius!! 6 hours pass and not another bite. Meaning not one bite. I fished the entire creek, from 1 end to the other. I fished the docks, I fished wood, I fished grass, and I fished rocks. I threw all the bait I had tied on because that’s what was supposed to work. I get back to the launch not really understanding how that happened. How did it start just like it was supposed to, and end with that one bite. 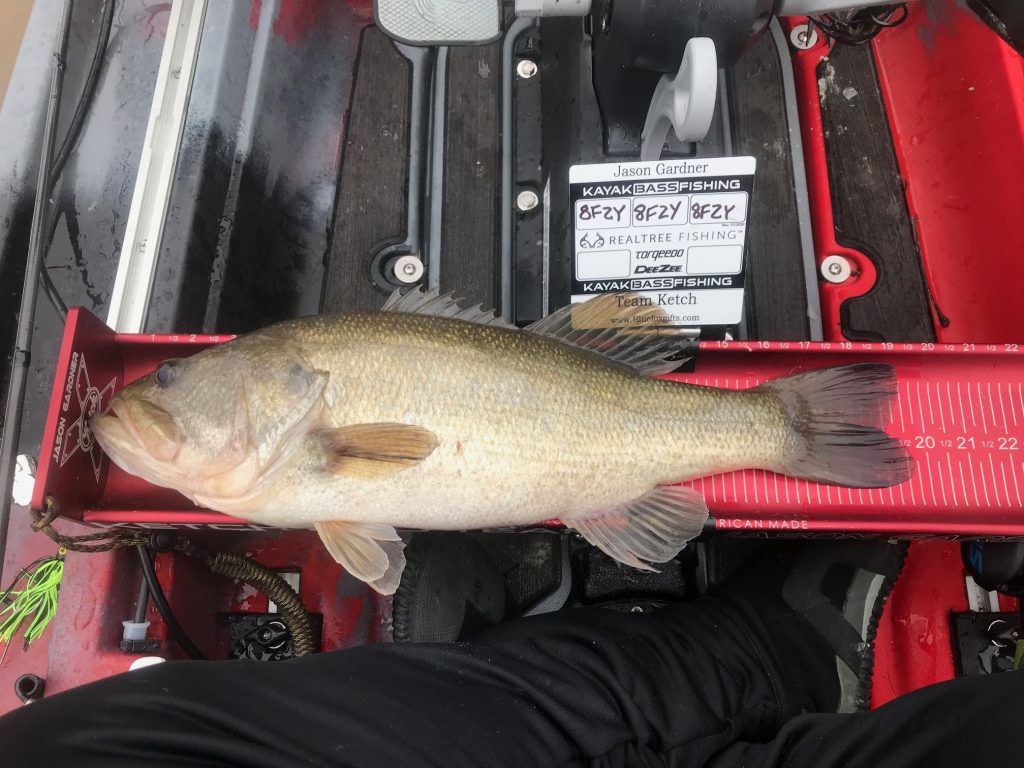 On the way back from the awards for day 1, my Jackson Teammate Ken Wood pointed something out to me. “Man, you are stubborn”.. What? Me? No way? I am as easy going and as flexible as it comes. Then he explains. “You decided in December how this event was going to go and where you were fishing. An awful 2 days of prefishing and you went right back to that same general area. Did you really think it was going to change?” …. Woah. He was right, and I hate admitting that, but he was dead right.

February 28th, Tournament #2 on Lake Murray. I knew people were catching fish all week in the clear water, so I told Ken I was going to the spot I had shown him days earier, but was too stubborn to change to. No prefishing, no information. Just knew there was clear water, grass, docks, and rocks. 30 minutes after I launch, I catch a small 14.5” largemouth, 15’ off a dock. I head a little deeper in the cover and fish the deeper side of it 8-12’ of water, after seeing baitfish boiling, no more bites. At 8am I get text, which I normally ignore during tournament day, but for some reason I looked. Matt Ball? Why is he texting me? 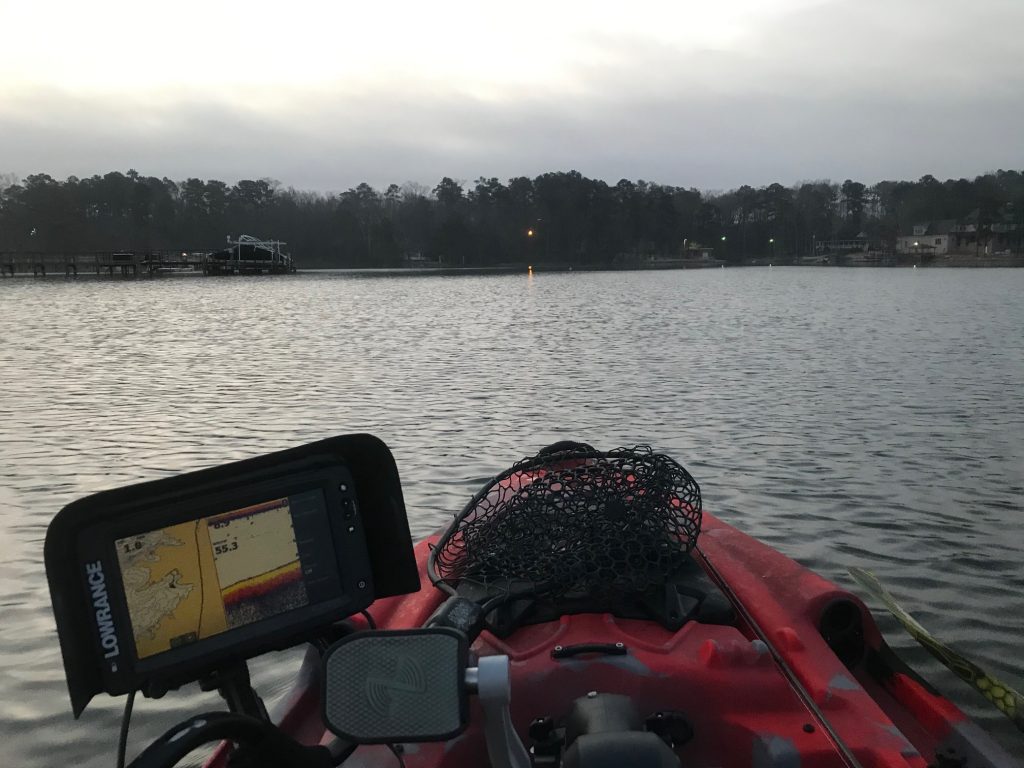 He has no idea how much that little text of encouragement meant to me that day. It allowed me to relax and do just that. As the day progressed, the sun came out, and the water warmed up, I moved to fishing a Ned Rig with a Z-Man Big TRD fishing docks. I landed (2) 16”+ largemough and was sitting in 29th with about an hour to go. I knew I was filling a limit, and the way the leaderboard looked, a limit would make some money. Although that never happened as I whiffed on one hookset, I rushed it, and had anther break me off on a dock pylon with about 10 minutes to go, I ended up in 39th place and in the top 20% for the event. 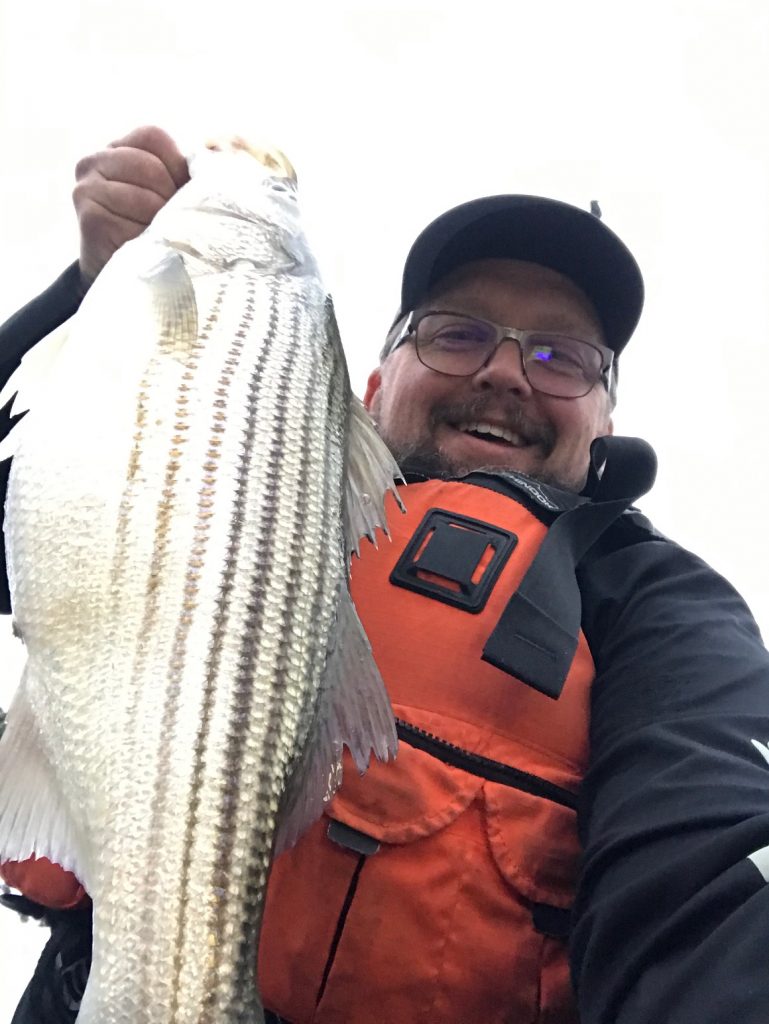 Reflecting back on that single conversation with Ken, I learned something about myself. Now what I do with that information is on me, nobody else. I will still do some research ahead of time, but I am committing to myself that I will not make any firm decisions until I get to a location, and see what the lake is going to tell me. The lake will let you know if you’re on the right track, in the right area, and if you’re going to be successful, you just have to be willing to listen.