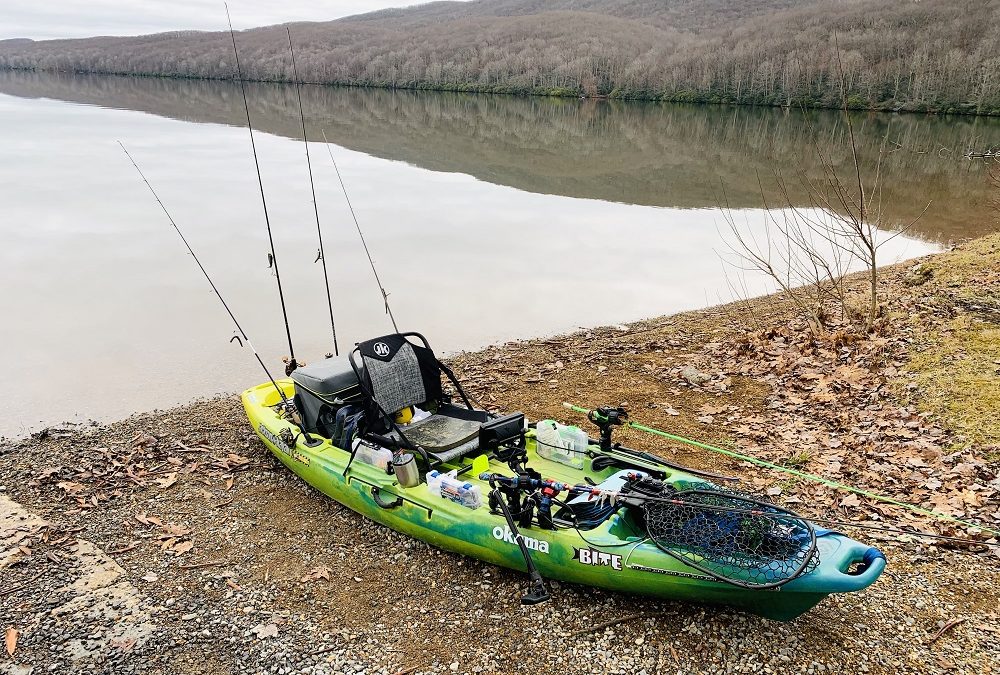 Yak Of Many Hats 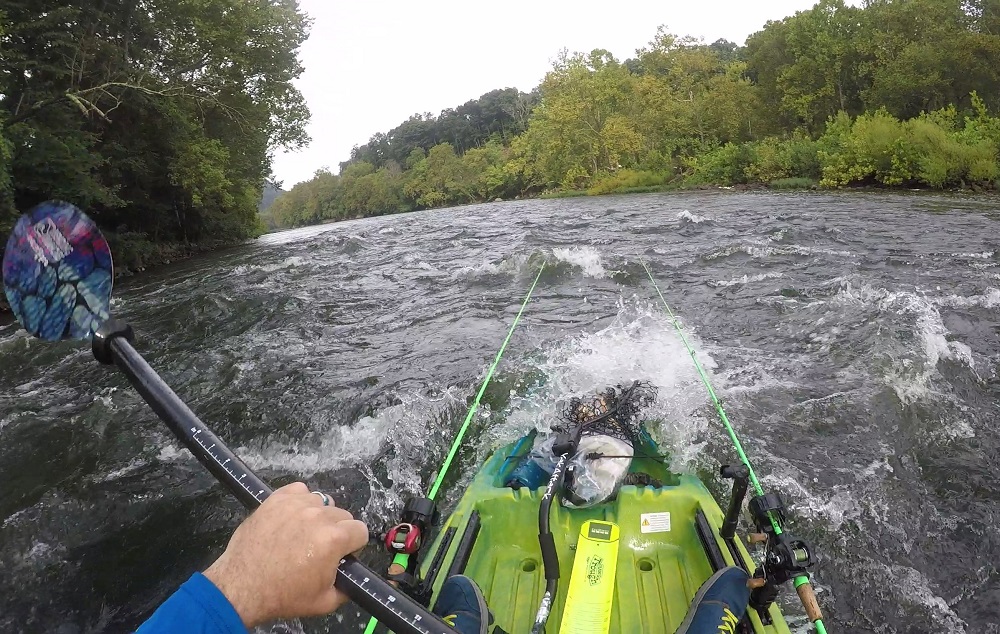 Originally, I had purchased the Bite Angler for use on small rivers and small lakes. I wanted something that was grab and go but still high quality and would last. Initially the plan was when using this kayak, I would take one dry bag with some essentials, a little tackle and four rods.

As expected, it was perfect for my intended purpose and I enjoyed many trips to my local small lakes and rivers. I was thrilled with its lightness, stand-ability, tracking and maneuverability making this a very comfortable platform to fish from. The deck provided a lot of space for standing and fishing including using a fly rod and stripping line. The spaciousness of the deck surprised me even when I had several rods and lures strung out all over the place.

Having no internal storage for me was a plus as I could always have access to my gear at any given moment and not having to worry about digging around in the hull. With all this being said I also realized that this kayak could really be decked out with some accessories to make it an even more capable yak for bigger water and even tournaments. 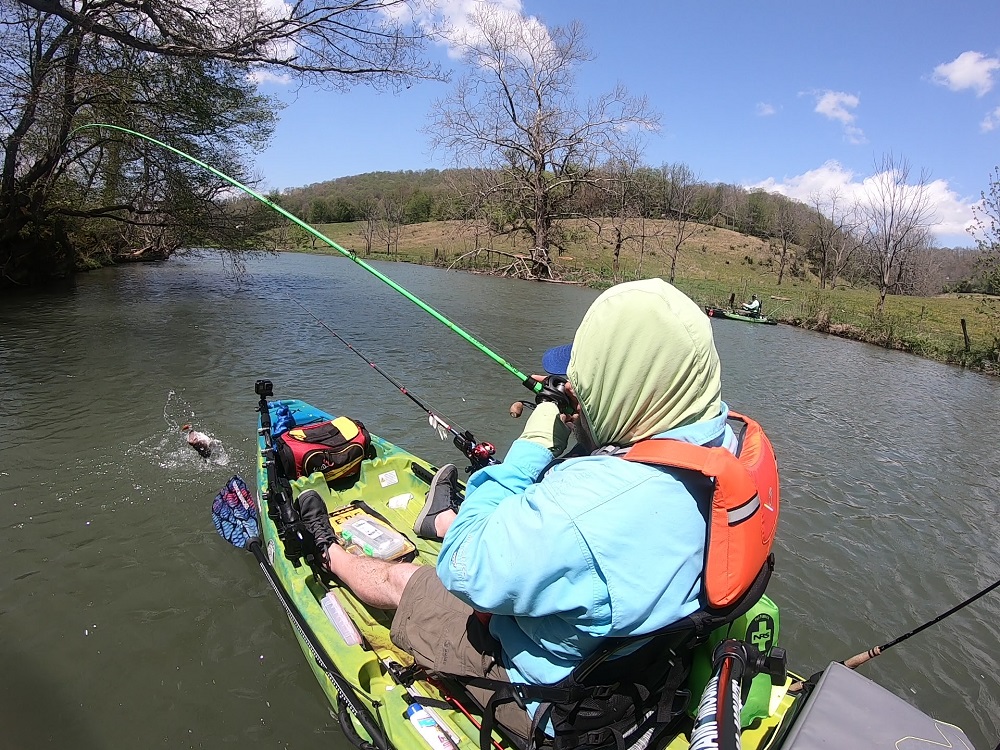 My thoughts on rigging this one out was to show folks that you could get an under a thousand-dollar manageable yak and turn it into a fishing machine for even the seasoned angler.

So, to deck it out I installed four pieces of GTL175 top loading gear track, fish finder using the switchblade transducer deployment arm, two pieces of 32” led light strips, Yakgear Battery box, Yak attack omega and omega pro rod holders, Yak attack visicarbon pro light pole, anchor wizard and crate system from NRS. Once installed I took it to a larger lake that was nearby and I spent a full day and some night paddling and really enjoyed it. 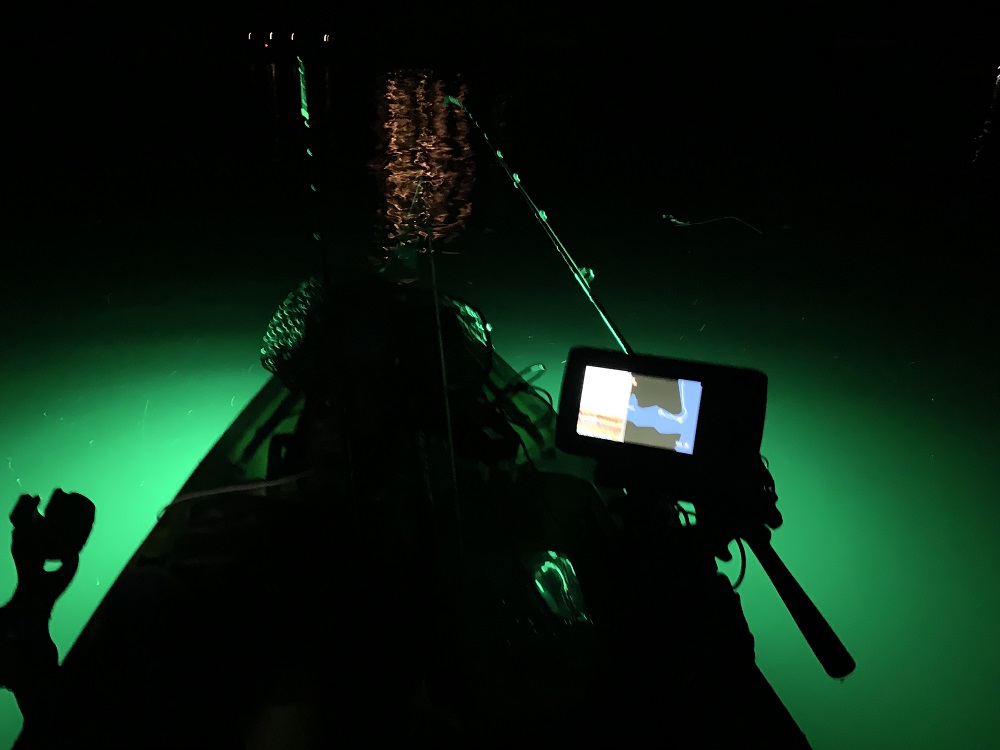 Despite all the added accessories with them well placed it did not seem over crowded and everything was super accessible. So, after many outings and using this yak for over a year now I’m still loving it and using it for many different applications. If you are looking for a smaller kayak that has big personality and features this might be the one for you. Go to your local Jackson Kayak dealer and check them out or on the web. 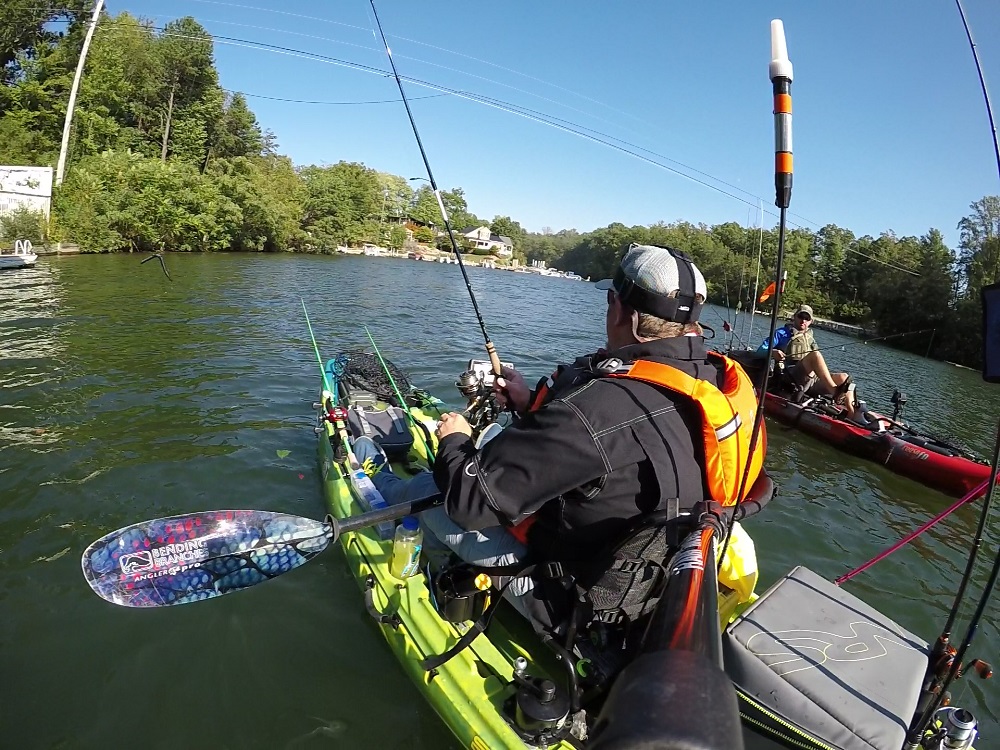