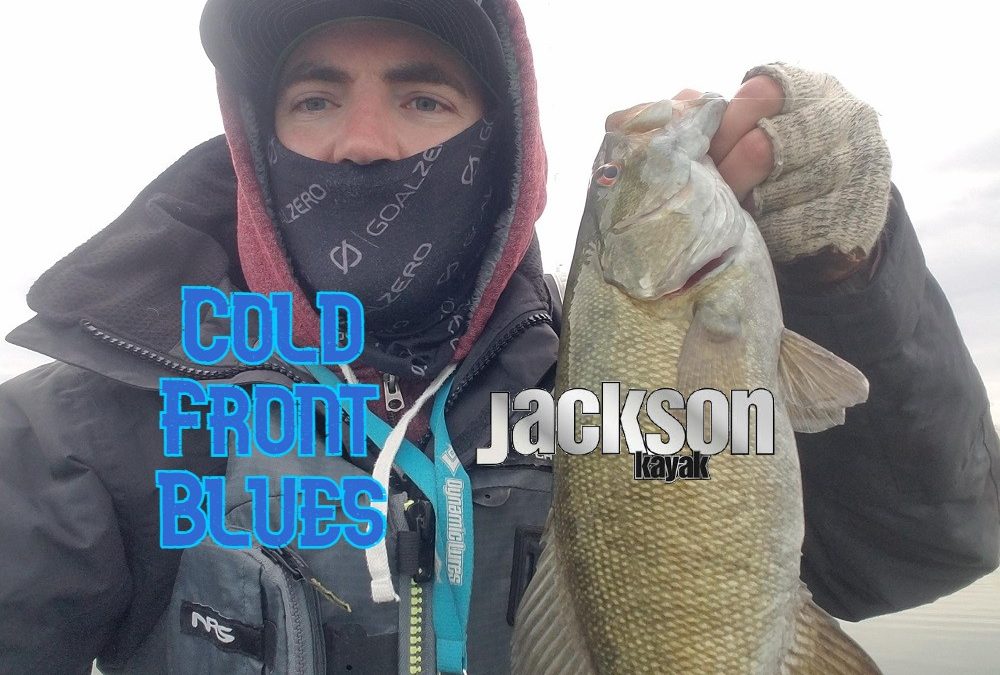 In one of my previous blogs, I talked about whether or not it was a myth that the moon affect’s bass fishing. In this blog I want to talk about another topic that anglers may deem as either a fact or a myth.A statement you hear a lot of is that a cold-front will shut down bass fishing. First of all, I do agree that a severe cold-front can indeed impact bass fishing, but I also think it’s wrong to assume that ALL cold-fronts are going to shut the fish down.

A couple years ago, I was at home on a cold and rainy Saturday morning in March. I was contemplating whether or not I should take my kayak out on a local lake. I probably would have stayed home if it wasn’t for the fact that I had recently purchased a new fishing combo I wanted to try out for throwing top waters. I decided to go to the lake around noon with the full expectation of getting skunked. After I launched, I met some familiar faces on the water who had said they only caught a couple fish all day. I thought to myself that it was no surprise based on the weather we were having.

I started the day throwing a spinnerbait and it didn’t take long to catch my first bass. It didn’t take long to catch another one after that either. In fact, I was having so much success throwing a spinnerbait that it was hard to put it down and try out the new combo I had purchased. I forced myself to try out the new combo and tied on a top water popper. After a few casts, a bass blew op on my popper almost scaring me half to death. The water was 43 degrees, the air temperature was around 40 degrees, it was raining, and I was catching bass on top water!

A couple years later I was faced with very similar conditions, but this time it was for a tournament on that same lake. I had been catching many fish up shallow in the days leading up to the tournament, but on that day, I only ended up only catching one small bass. It was a tough day for most of the anglers, but there were still a few guys who got on the fish and had a pretty good day.
The moral of the story is that although a cold front may impact your fishing, go into your day with an open mind, and you may end up with a pleasant surprise!