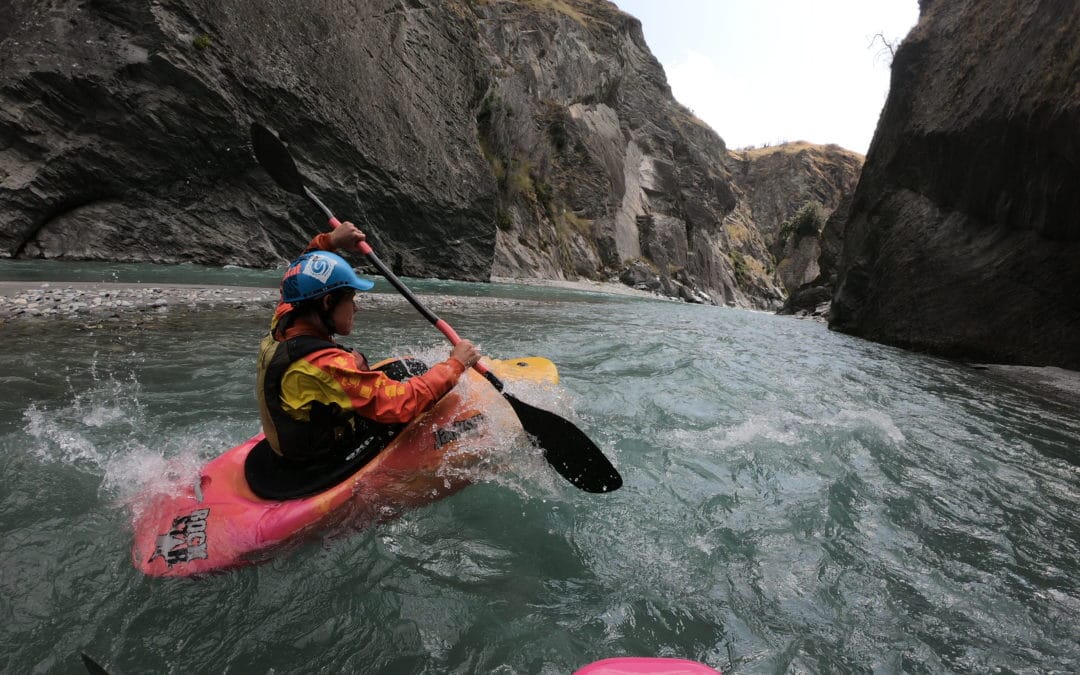 Not only is this a goldmine of fun for river running, it happens to be the site of New Zealand’s largest gold rush in the 1860’s.
To reach the treasured Shotover River, one must navigate “New Zealand’s Most Dangerous Road”, better known as Skipper’s Canyon Road. This is a must-do kayak trip in New Zealand! 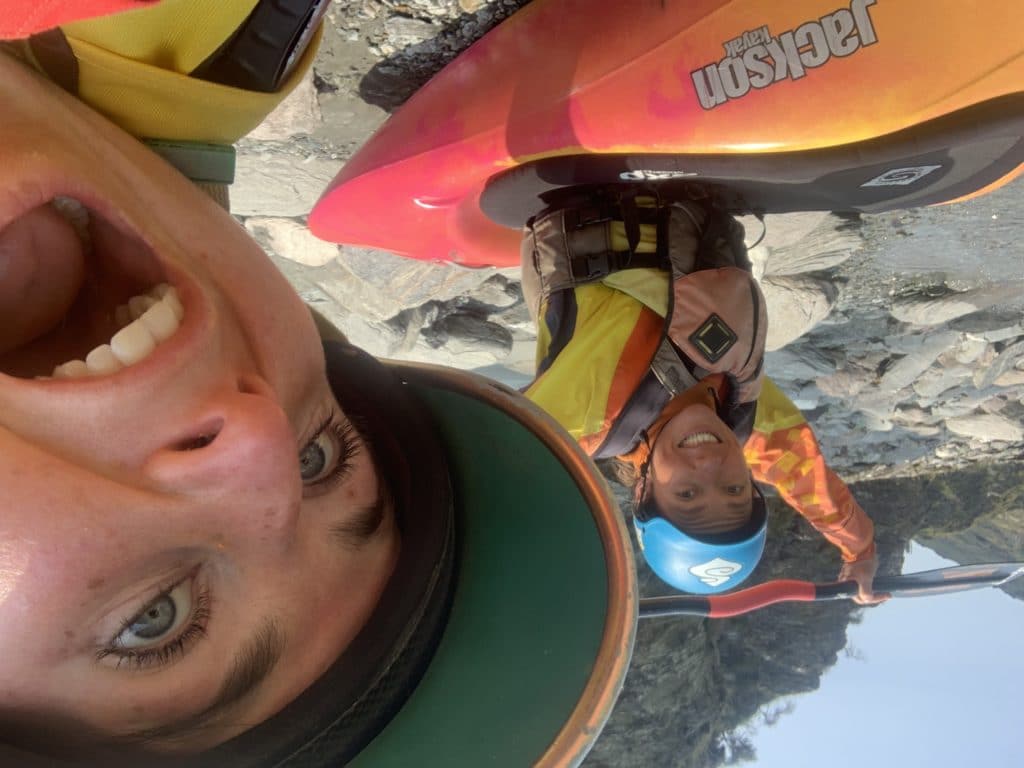 As we entered the canyon we were greeted with many ominous road signs warning drivers rental cars will not be insured, beware narrow winding road with steep drop offs and no safety barriers! The road literally runs right along sheer cliffs dropping off into the river gorge. Luckily I know the Skipper’s like the back of my hand as I’ve driven it dozens of times growing up. On the way down we met a few vehicles driving the opposite direction, most of them off road vehicles taking tourists on back country tour of a lifetime. Not for the faint of heart! 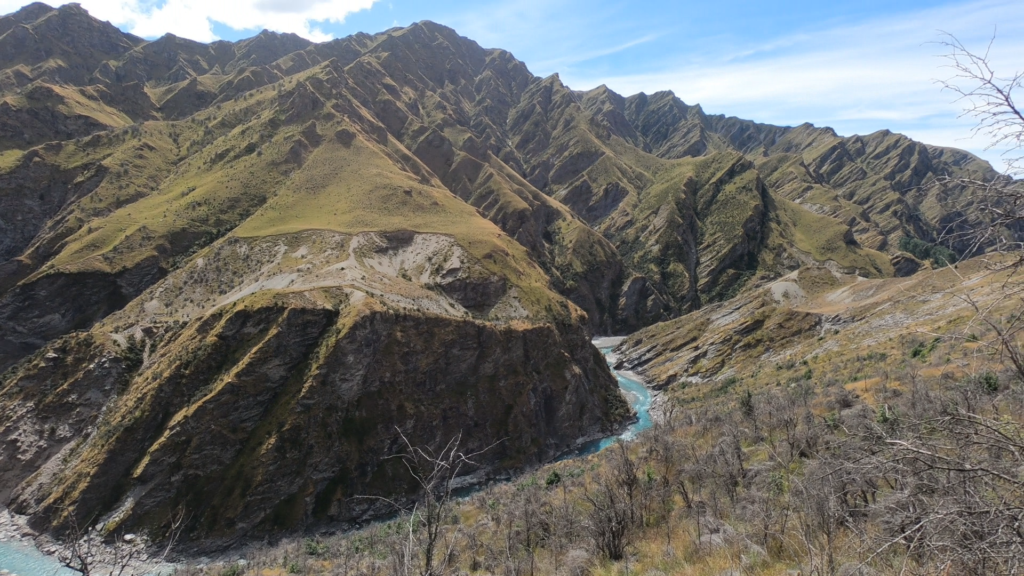 Not only is this a goldmine of fun for river running, it happens to be the site of New Zealand’s largest gold rush in the 1860’s. A massive gold mining operation took place here and many remnants of machinery remain on the banks of the river. 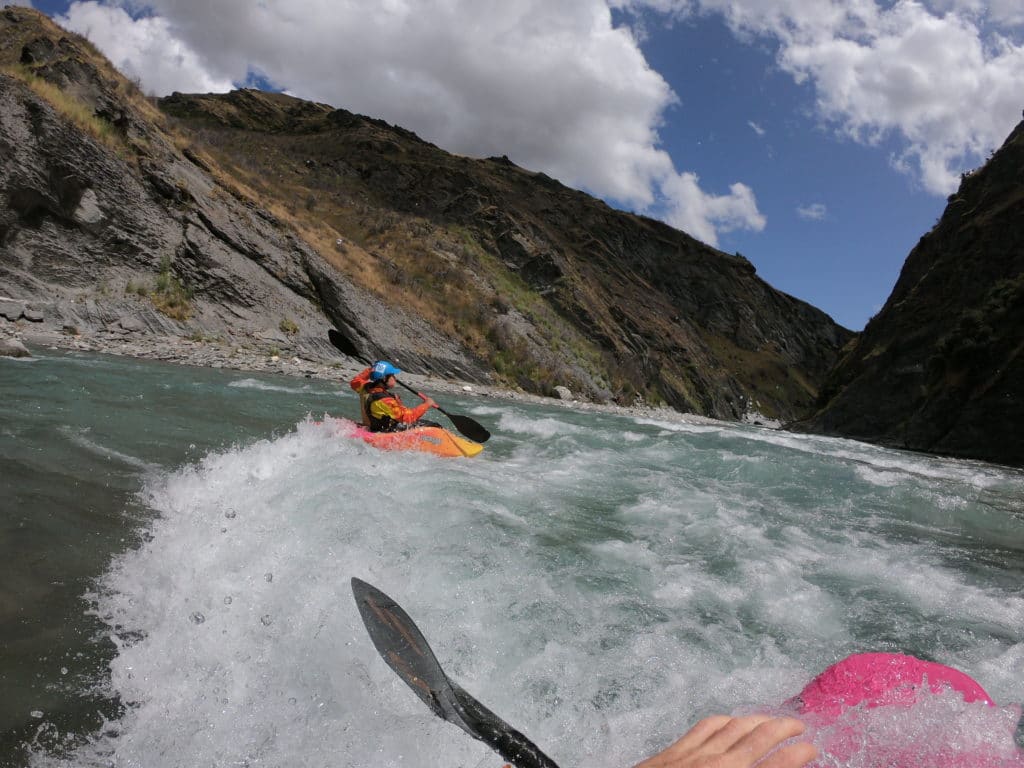 After an hour of slowly descending into the gorge we set the shuttle by dropping our mountain bikes off just up a steep road from the take out. Also a chance for my copilot/girlfriend to get a break from shallow breathing, profuse sweating and heart palpitations she was experiencing on her first drive on Skipper’s. Thirty minutes later and several jaw dropping stretches later we had reached the put in! The weather was hot and hoards of sand flies encouraged us to get the boats out, gear on and make our way to the water quickly.
In contrast to the treachery of Skippers Canyon Road, the dreamy blue water of the Shotover was a welcoming sight! The Rockstar 4.0 was the perfect vessel for navigating the wave filled, class 2 snow melt waters making their way from the Southern Alps. Mountain goats spotted us from above and quickly ran off creating tiny rock avalanches. 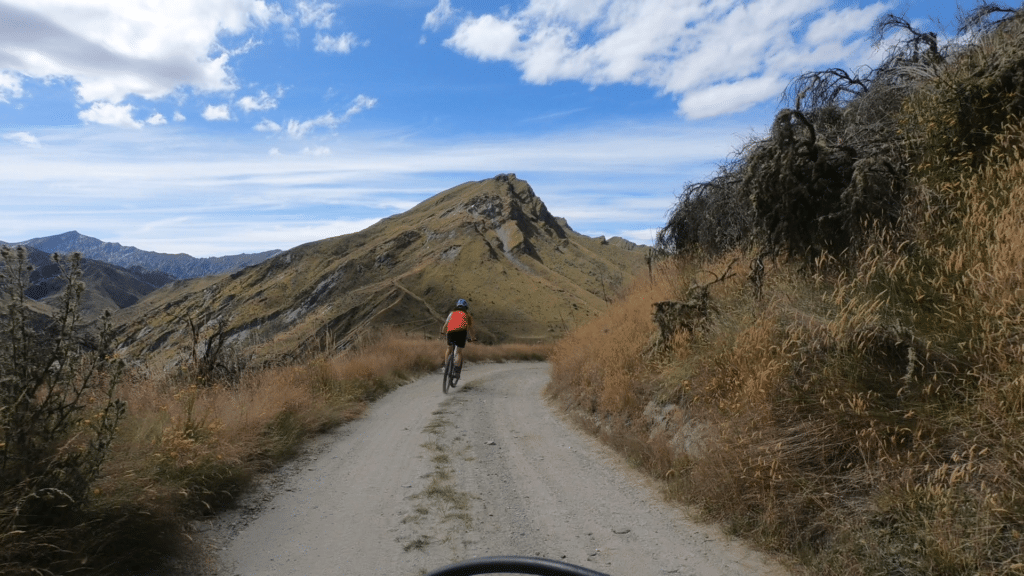 After a short stretch of flatwater we turned a corner and entered “surf city” with its dozens of small waves perfect for surfing! Exit one and you can drop straight into another! 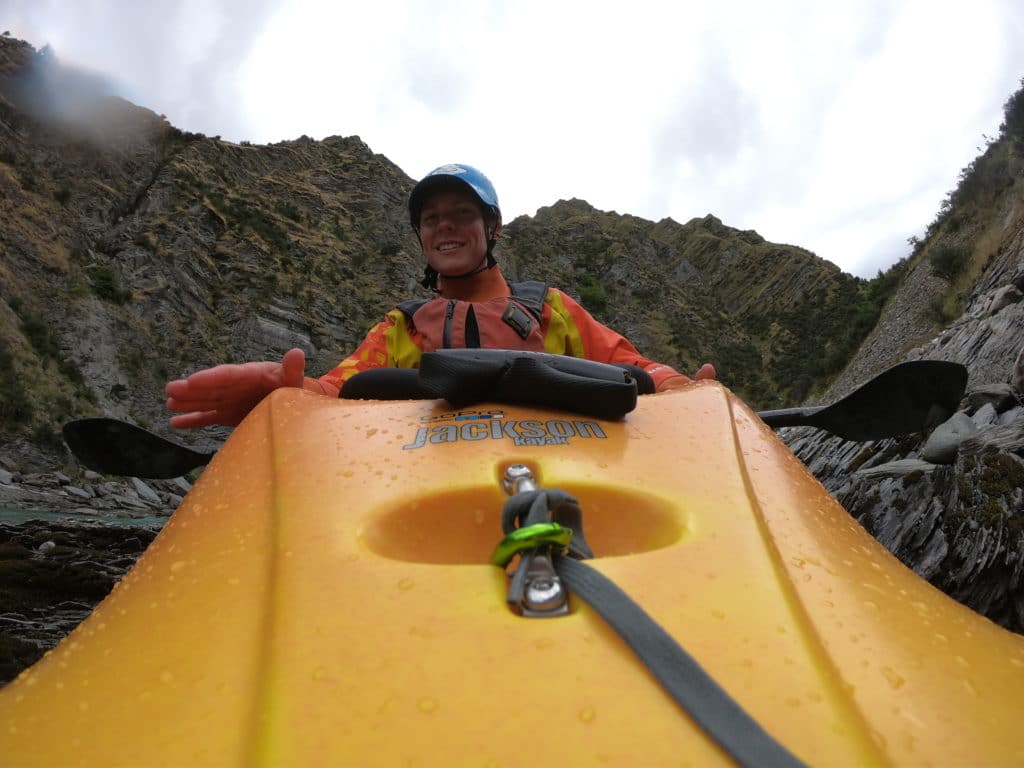 Spectacular scenery abounded from all angles from this river. There’s nothing like admiring a river running through a narrow canyon on a sunny day. Loads of boogie waves and play holes also added spice to the adventure through history!

After a solid stretch of river we were ready for lunch and exploring. We pulled up to a sunny beach with a massive rock crusher known as a stamper battery, quite the hot spot back in the days of the gold rush! Hard to believe we were the only ones around today!
Pulling up in an eddy a shiny piece of rock caught my eye, might have literally struck gold while out on the water. There could be treasures everywhere! 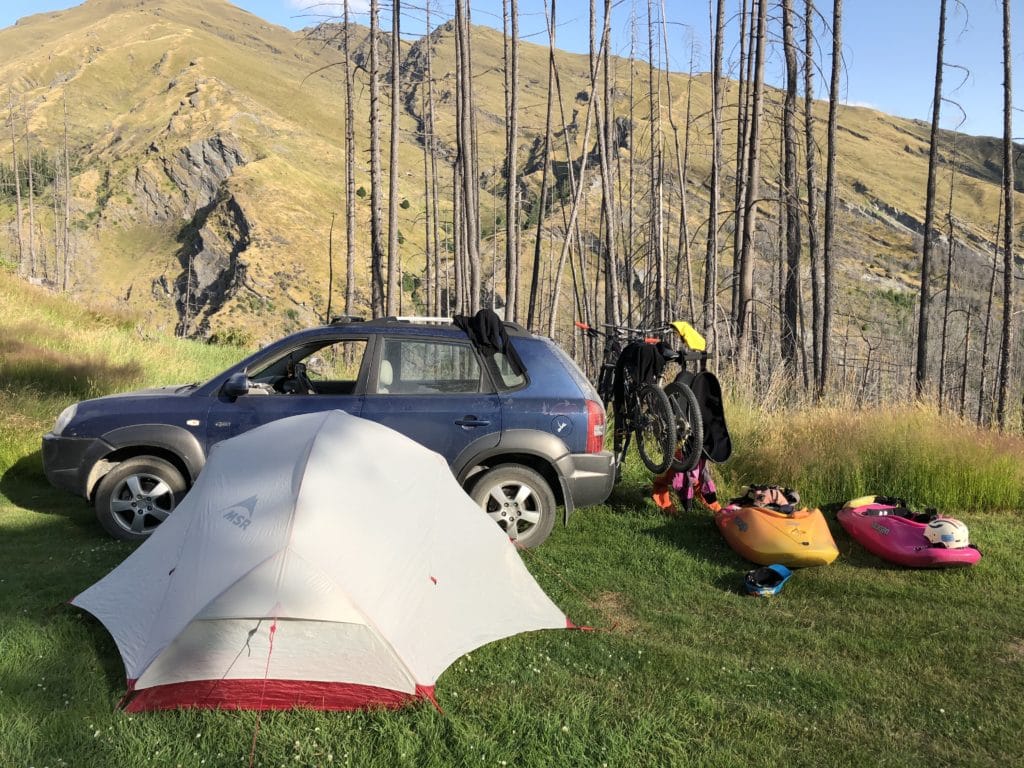 Loads of refreshing cold water later and some surfs on a wave named “Jaws” we were rounding the final bend to the takeout. Hours seemed to have passed in the blink of an eye and it was time to pedal back to the car and drive Skipper’s Road out of there! A tremendous journey into and out of the river but so worth the effort!