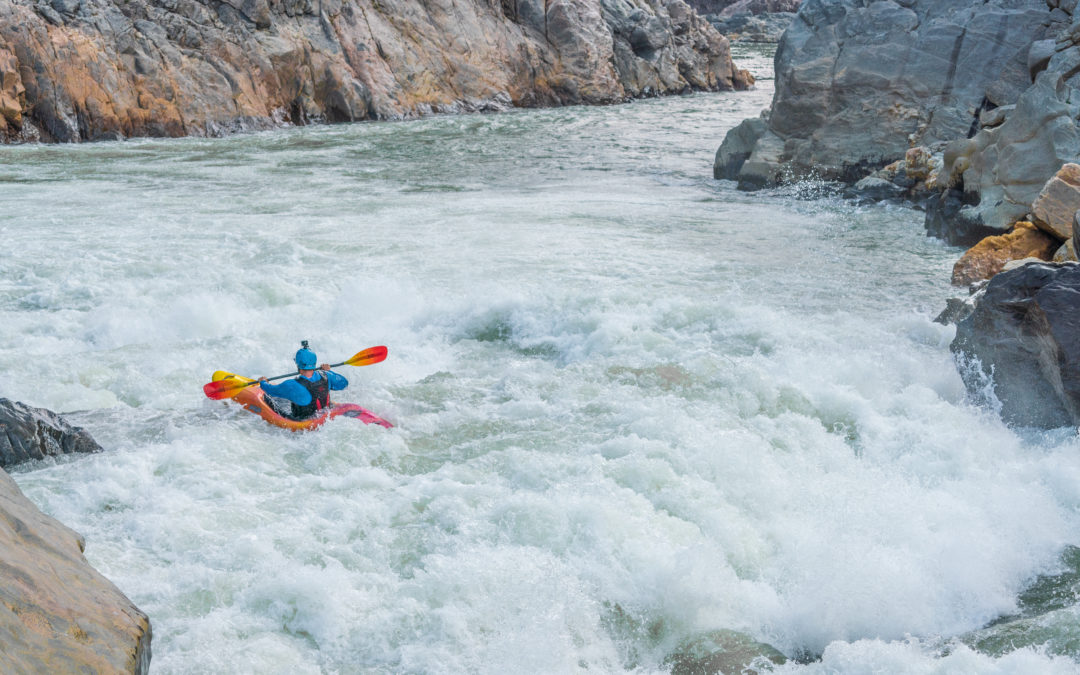 The Lower Kynshi River has been labelled by some as the best river in the World. Since its
discovery, and through its first descents, the early exploration of this major river system revealed
to its founders the true magic within the walls of the Kynshi.

The Kynshi is typically completed as a 3-day trip, which seems drawn-out considering the length of the section is only 30km (18-
miles). This speaks to what is found in the depths of the canyon carved by the Kynshi River.
The Kynshi can be classified by a few different sections by landscape and tributaries. At its
highest point, the Upper Kynshi flows at a small gradient with a lower volume. Transitioning
into the Middle Kynshi as it accepts more water from its tributaries and becomes the Lower
Kynshi at its confluence with the Wah Blei River. A major tributary to the river system and
another classic Meghalayan River. The Lower Kynshi narrows after its confluence and the
rapids, waterfalls and portages commence shortly after. The action is non-stop as the Kynshi
winds south through the mountains as one constant gorge until the Rilang River flows in from
river right. This tributary marks the end of the steep whitewater on the Kynshi and shortly after
it comes to an almost literal end, as the river flows out of India and into Bangladesh. The border
marks the takeout, and one can see why as we drive up, up, up and away from the river and into
the depths of India, looking back over the vast, flat expanse of the lowlands of Bangladesh,
seeing the Kynshi turn into a mirage of canals and sand bars as its flow is re-directed for
irrigation.

The reason the Kynshi can be nominated for the best river in the World? The whitewater is the
simple answer; its high volume delivers big water wave trains and colossus hydraulics in some
rapids, to tight and technical moves in others, 20ft and 50ft waterfalls sprinkled in to keep you on
your toes. Throw in the pristine sand beaches, the perfect temperatures, isolation from society
and being out there in the mountains with your best friends, this river defines kayaking! I
walked almost as many rapids as I kayaked on this trip as I often chose to respect the river in the
extremely exposed landscape, but it has me already planning my next trip into the Kynshi! As
always, pictures say a thousand words, enjoy the photo essay below and massive praise to Joe
Rae-Dickens and crew for exploring this area over the past decade! 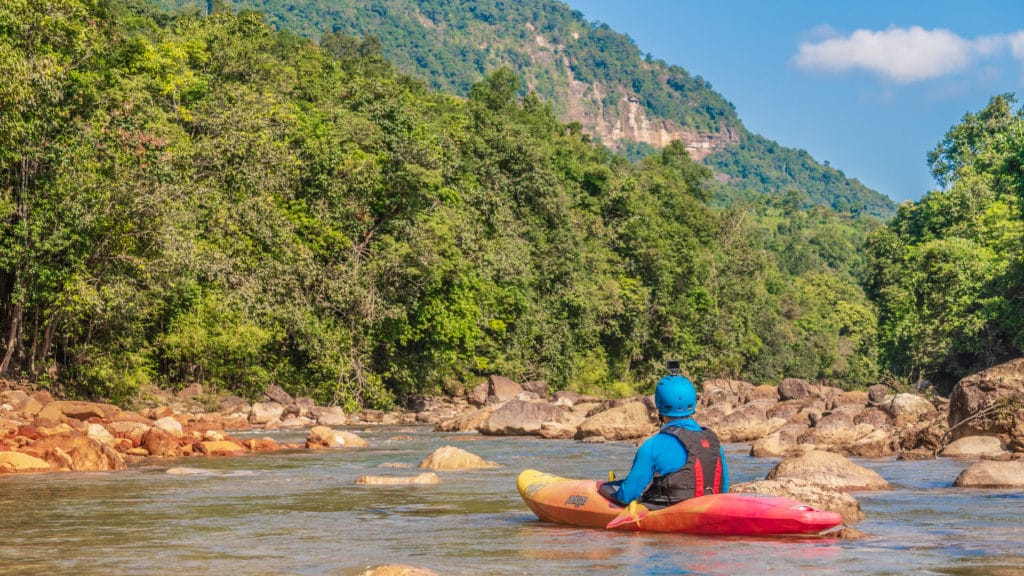 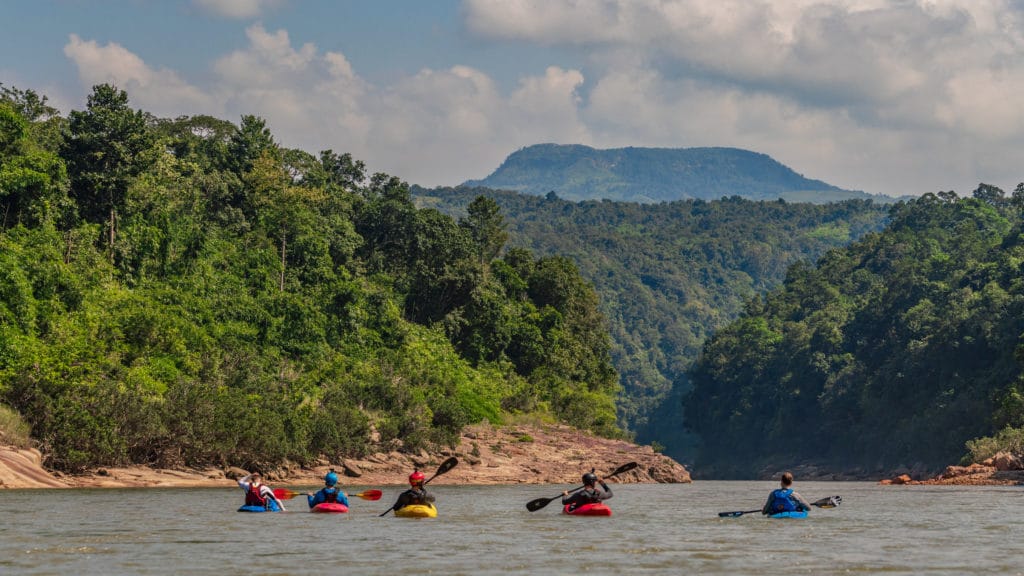 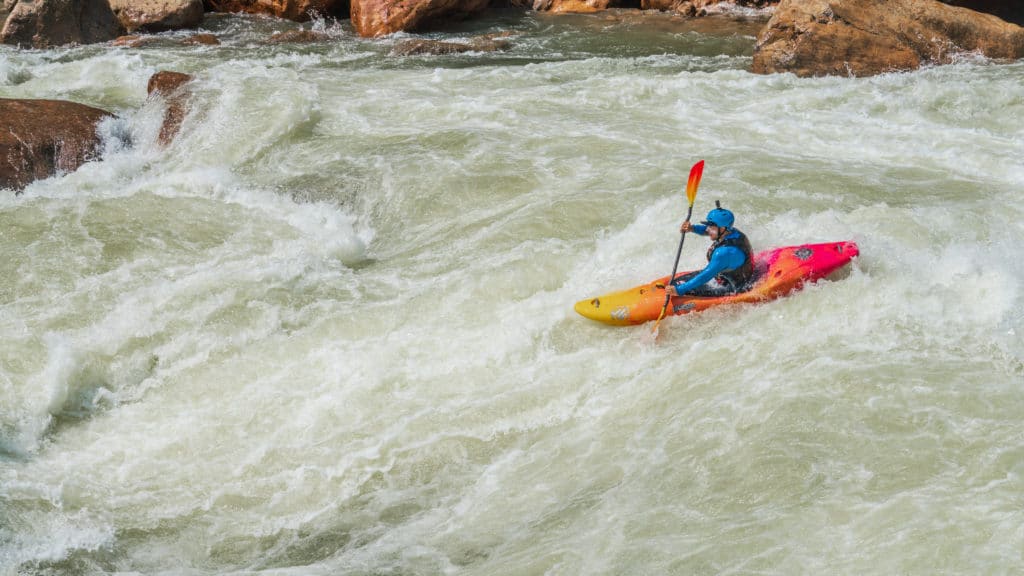 Kalob Grady takes the far left line, one of the many portages on the Kynshi.
One thing is for sure, this river will leave you with something to come back for 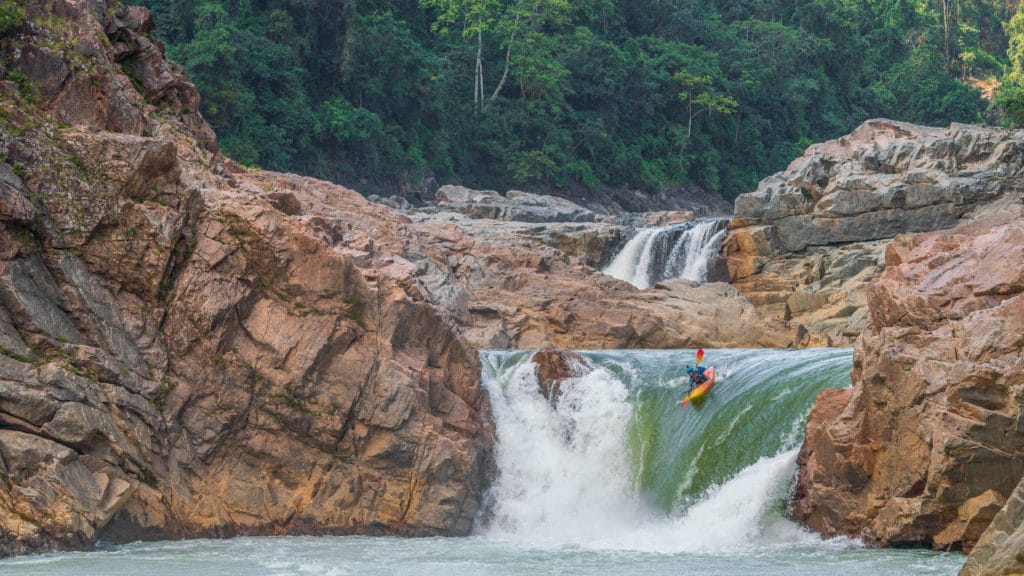 The dramatic natural landscape and the larger than life whitewater combine
on the Kynshi to consistently take your breath away. Johhny Chase dropping into Griff’s
Gash 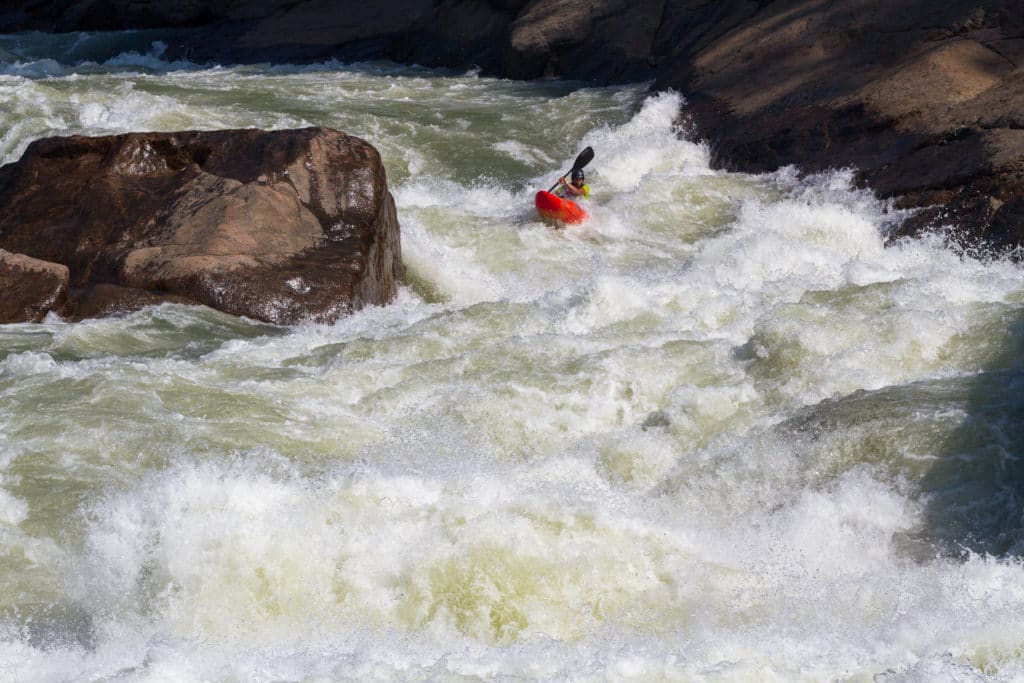 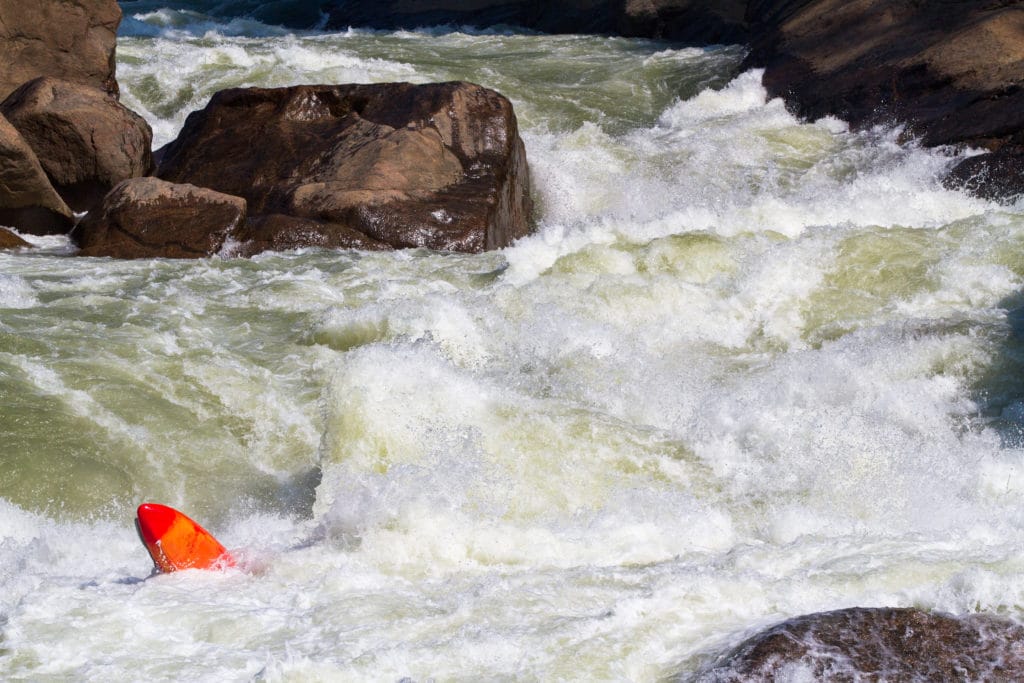 Save or Swim? You decide 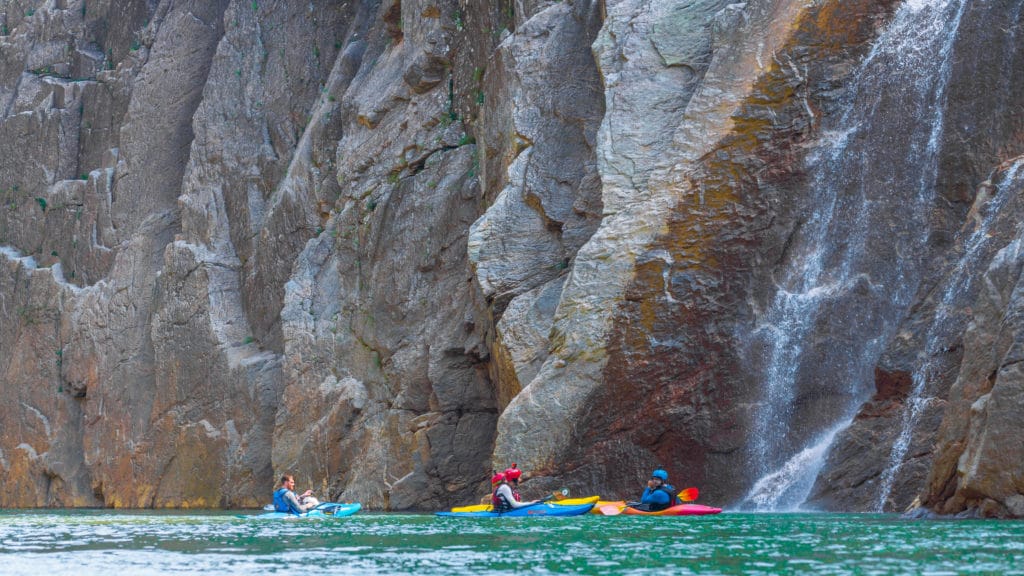 Some scouts taking longer than others, Evan Moore and Kalob Grady trying
to find the line that Bren Orton saw…

Johnny Chase skipping through the lead in boof

With the Antix loaded for the multiday trip, Kalob Grady spent most of his
time over his knees, or stating up at the sky…

When your choice is hole or hole, what do you choose? Johnny Chase
making his choice here 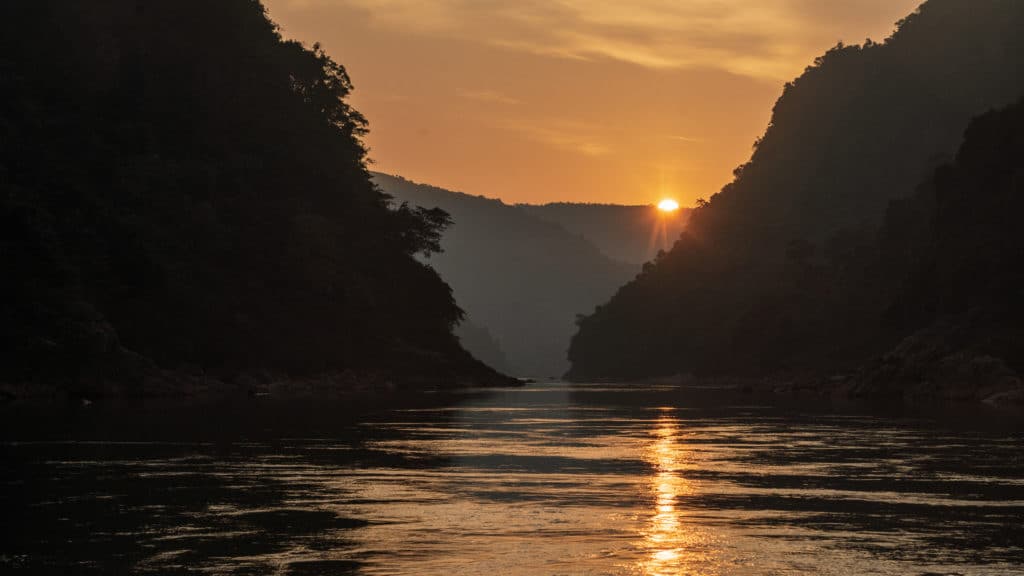 The sun pops over the horizon on day 3, illuminating the valley and bringing
the day to life 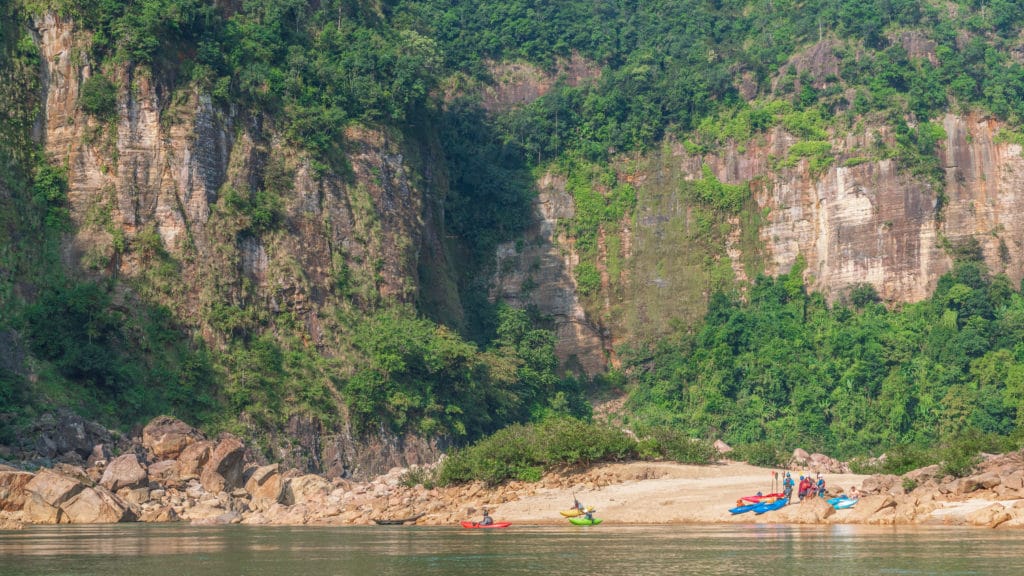 The team packs up camp on day 3, ready for another day on the Lower
Kynshi 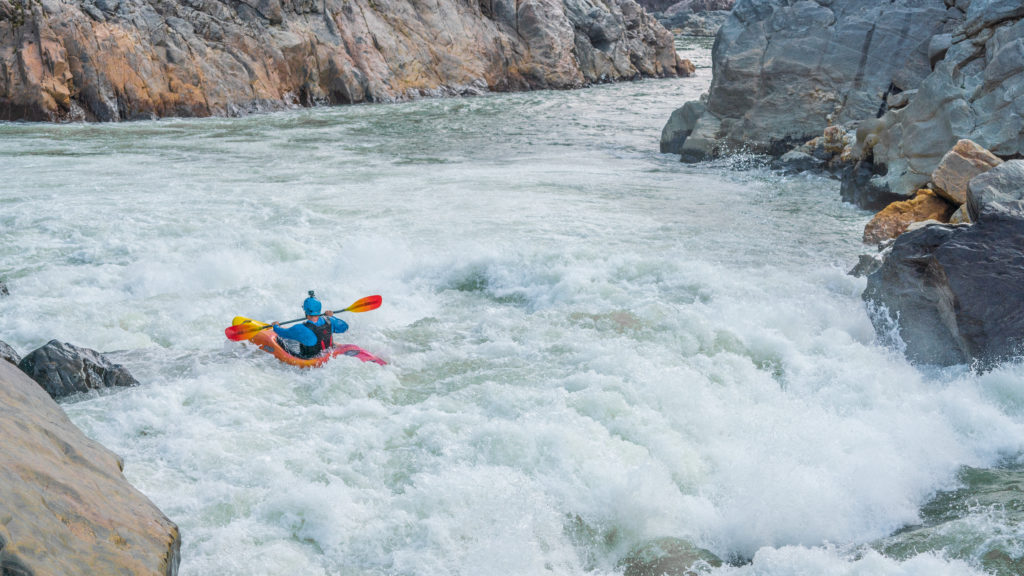 Even the ‘chill’ rapids on the Kynshi come with massive features

Send on the paddle out of the Lower Kynshi, covering the flats before taking
out at the border between India and Bangladesh

Video: Knives to a Gunfight – Meghalaya