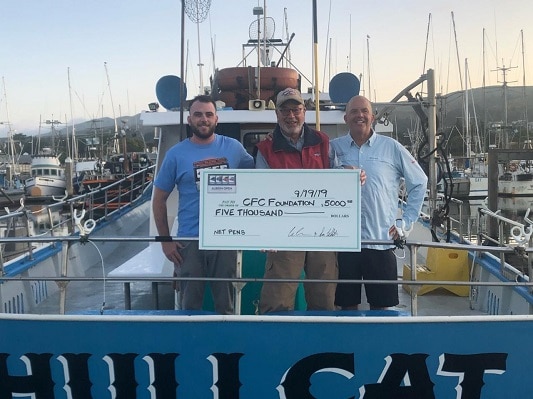 The Albion Open is the largest and oldest kayak fishing tournament on the West Coast. The Albion Open is held on the Northern Coast of California 14 miles south of the town of Mendocino at Albion River Camp Ground.

Every year this tournament raises money for a kayak angler in need or helps support fishery conservation. This year, the proceeds from The Albion Open went to support Coastside Fishing Club’s net pen project in Half Moon Bay. Coastside acclimates over 720,000 salmon smolt a year in their net pens in Pillar Point Harbor. This project creates an ideal kayak fishery and takes fishing pressure off wild stocks. With our support hopefully this project can expand to Bodega and Fort Bragg in the future.

Although I started this event back in 2004, since 2010 it has been run by my friend Craig Davis. For 2019 Craig passed this event back into my family. My son Chris, with a fresh degree in Event Management, is the new tournament Director and I was the co-Director. The event set a few new benchmarks for its 15th anniversary. Attendance was at its highest ever with 126 registered anglers. This was likely driven by it being the first year with on-line registration.

The potluck was insane as usual, easily feeding 300 plus people. 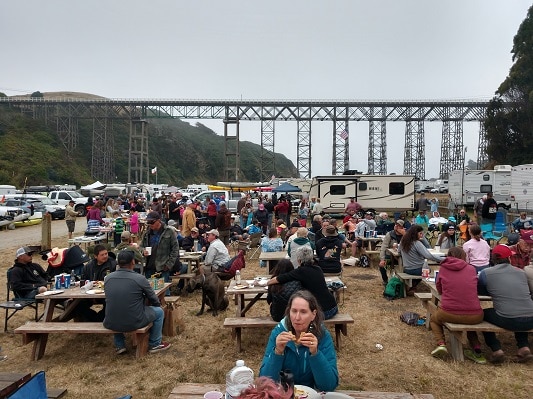 The raffle is the main fundraising engine for this tournament. This years prizes were incredible thanks to the generous support of our many sponsors including Jackson Kayak and Orion Coolers. 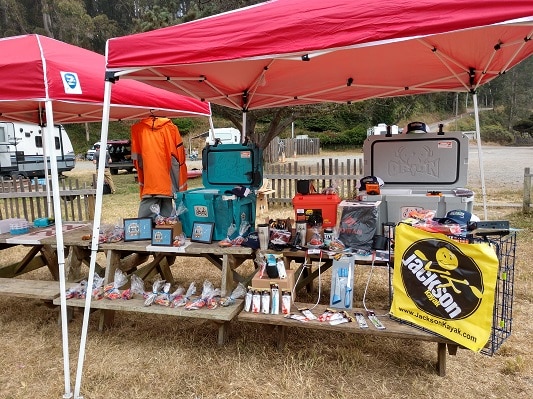 Most importantly we also raised a solid amount of money this year, which allowed us to donate $5000 to to the Coastside Fishing Club Foundation. This money will be used to support there awesome salmon conservation programs.

The Albion Open is not only a fishing tournament and fundraiser, it is a weekend-long family friendly event that brings fishing families together from all over the nation. We hope to see you there in 2020!