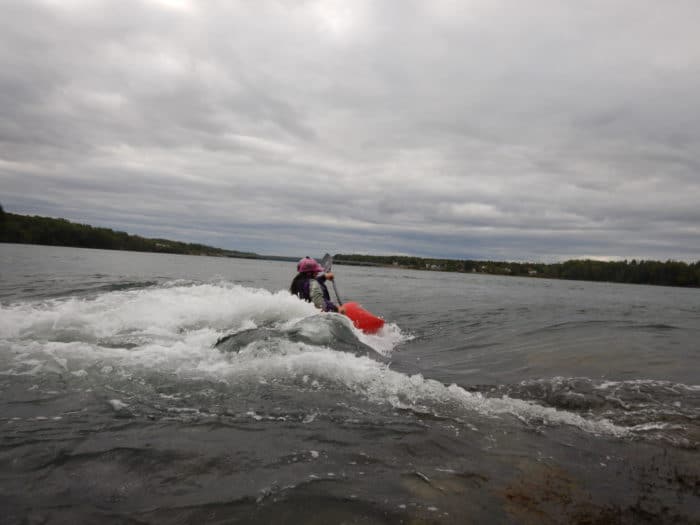 Between August and October, I spent more time paddling at Sullivan Falls than anywhere else. What a treat, but it was extra special because I was able to share this incredible place with people I love to paddle with. Somehow, all the planets aligned so that there were great tides and plenty of visitors – really an awesome combo! During early August, Haley Buffman and Alex Nicks came to visit and paddle. Later in August, Alex Nicks came back and Dave and Paula Saaf came for a tour. Dave had surgery in June so he can’t paddle right now, but Paula loved the main rapid and the upper spot on her stand up board. Very fun to see her looking like a frolicking seal running the main rapid over and over. Dave had been to Sullivan Falls many years before – like 20 years before – but not since the boats had changed so much and the full play ability of all the spots had been explored. Dave sure is excited to get back up there next summer and try it out on his stand up board. Potentially he could also get a lot of down time in his squirt boat if he wanted to try that! There are some massive eddy lines and whirlpools too! 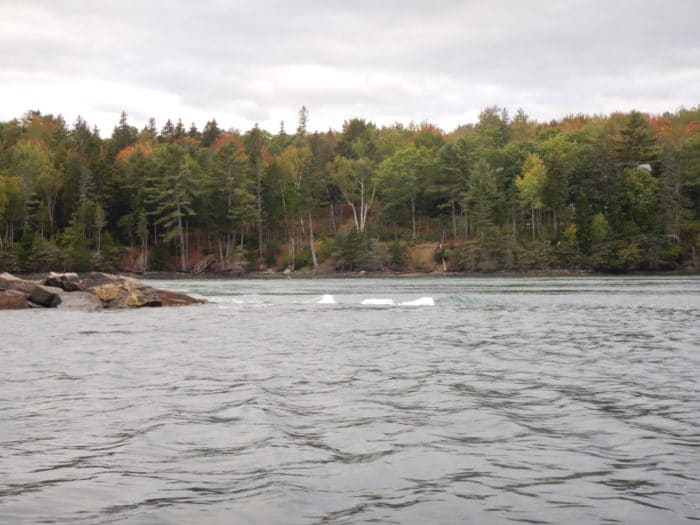 Alex really enjoyed all aspects of the features, and he took some lovely photos of the area as well. He especially liked surfing the big Nile/Zambezi size waves that form in the main wave train as the tide goes out. Paddling with Alex felt like no time had passed – boating often feels like a timeless space for me where I am the same age I was when I started 25 years ago – it’s been 20 years since I first paddled with Alex and met him at the World Freestyle Kayaking Championships in New Zealand. My most recent paddling with Alex was at least 10 years ago. Over the years, I have shared some great kayaking excursions with him in the US, Chile and Africa, but never in Maine and never on the ocean! Alex, who has done plenty of exploratory and expedition paddling as well as play boating, definitely enjoyed his time. 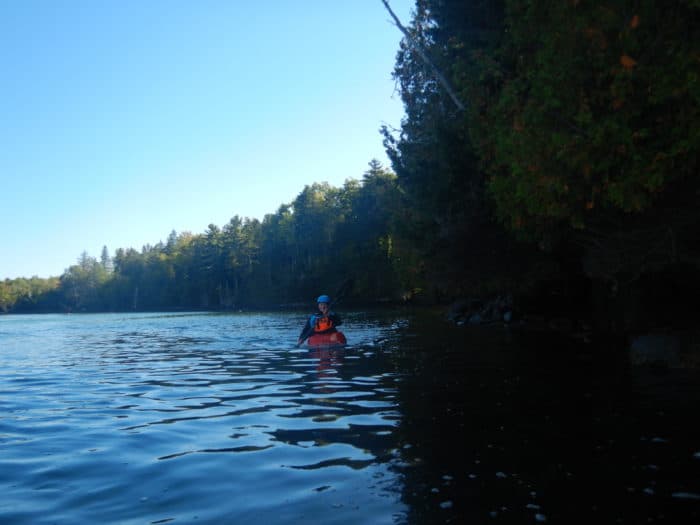 In September, Nick, Emily and their kids visited us in Maine, and I finally got to paddle with Emily at this spot I love so much. I have been telling her and Nick for a long time that they needed to visit and it finally happened! I love it when those kind of things work out. Emily and I had not paddled together since Worlds so it was great to have some completely fun relaxing and unpressured on water time with zero line. The day we went was a real fall day – cold, grey and damp but the tide was just right, and I think Em got a good taste of what Sullivan Falls had to offer. I hope she and Nick will come back! Nick was nice enough to watch the kids so she and I could go play, so next time, Nick with get to try it out! 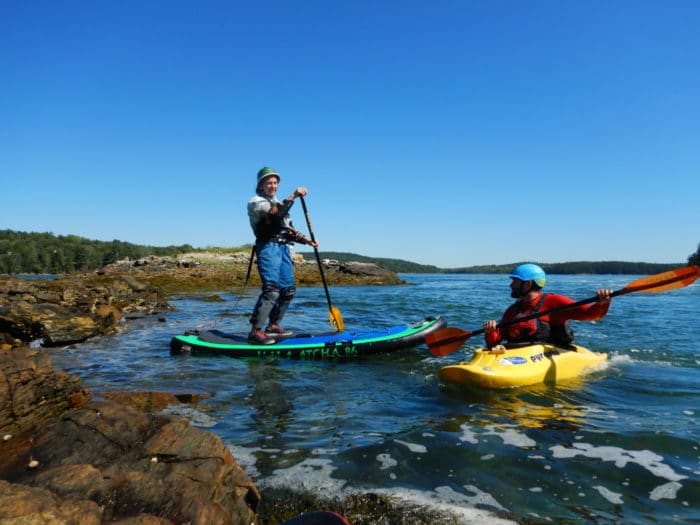 The season ended with a major bang of Huge tides and a whole cluster of paddlers turning out to enjoy the features. Kit Hamley and her husband Reuben who I know from the Penobscot came with their new baby. Nothing like starting early!! Becca and her man – can’t remember his name right now – and of course my regular paddling partner at Sullivan Falls Brett Cicotelli! Thanks to Brett, I had more fun shared paddling days than ever. Our time on the water was a great opportunity to talk about the excellent river restoration and conservation work he is doing in Maine for the Atlantic Salmon habitat. Brett works for the Atlantic Salmon Federation and they are trying to bring back the native runs in Maine with dam removal and Salmon friendly habitat restoration. Good stuff! 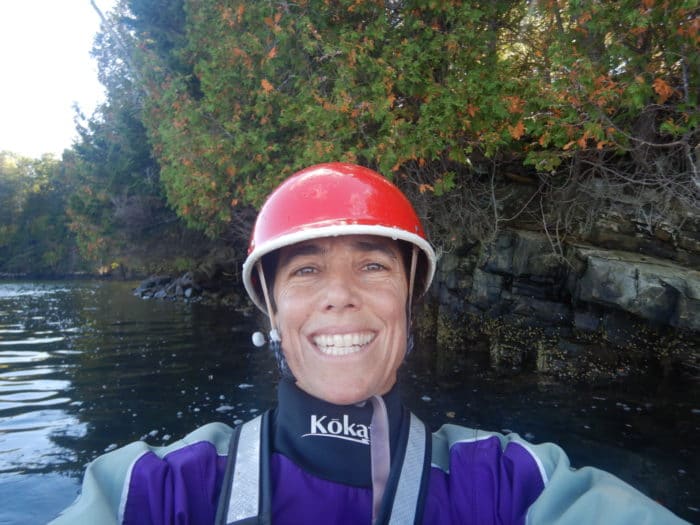 Our last day paddling for the season, Brett brought another friend Ian out who was an SUP er too – his son came along to watch. The air temperature was colder than the ocean temperature even though it was only early October! I had my winter gear on except my beanie, but I sure could have used it! With the leaves just starting to change and plenty of critters still in the water, it was a good way to say bye for the season. Despite the cold, I was really feeling melancholic leaving this magic place, and I can’t wait for next Spring – Sullivan Falls I miss you already! Hopefully, next year I will host plenty more visitors to my favorite local spot in Maine. It really has something for everyone! And thanks to the Frenchman’s Bay Conservancy for making free public access to all for Sullivan Falls!! 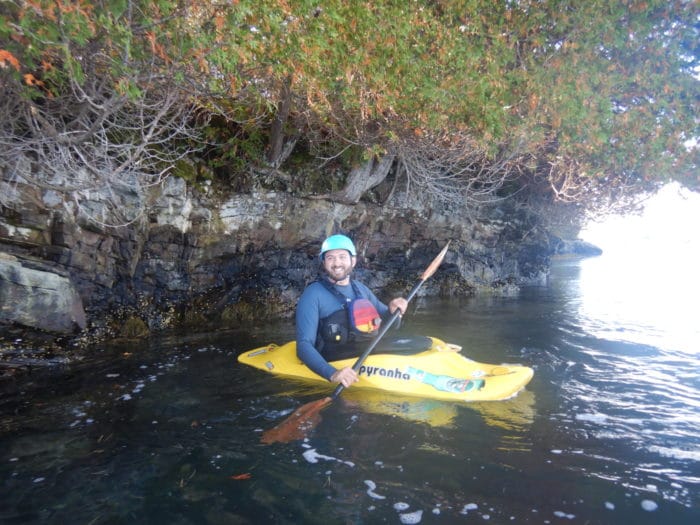