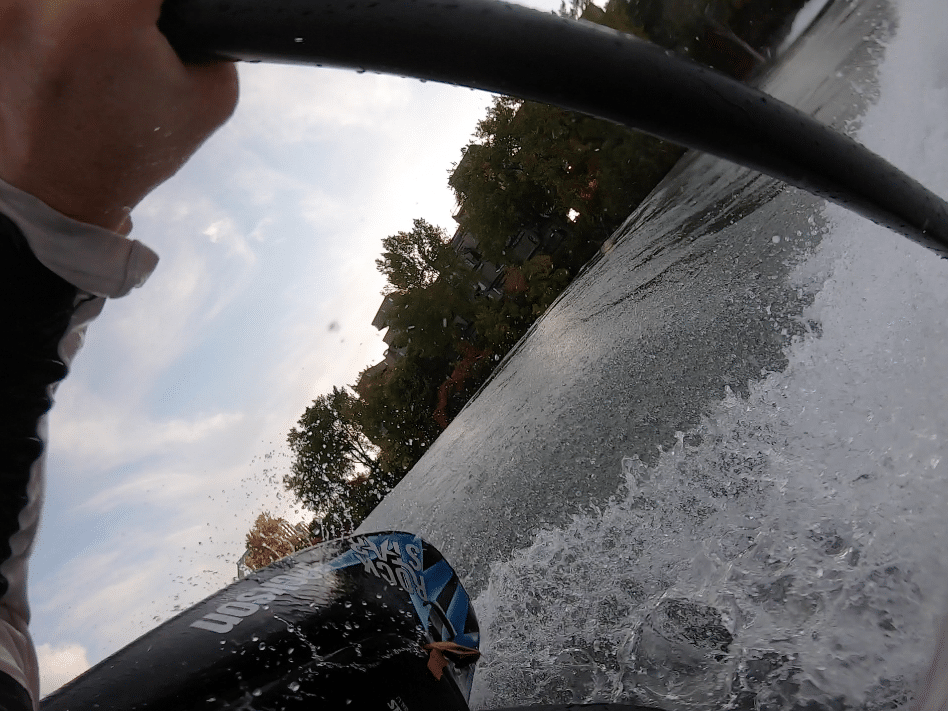 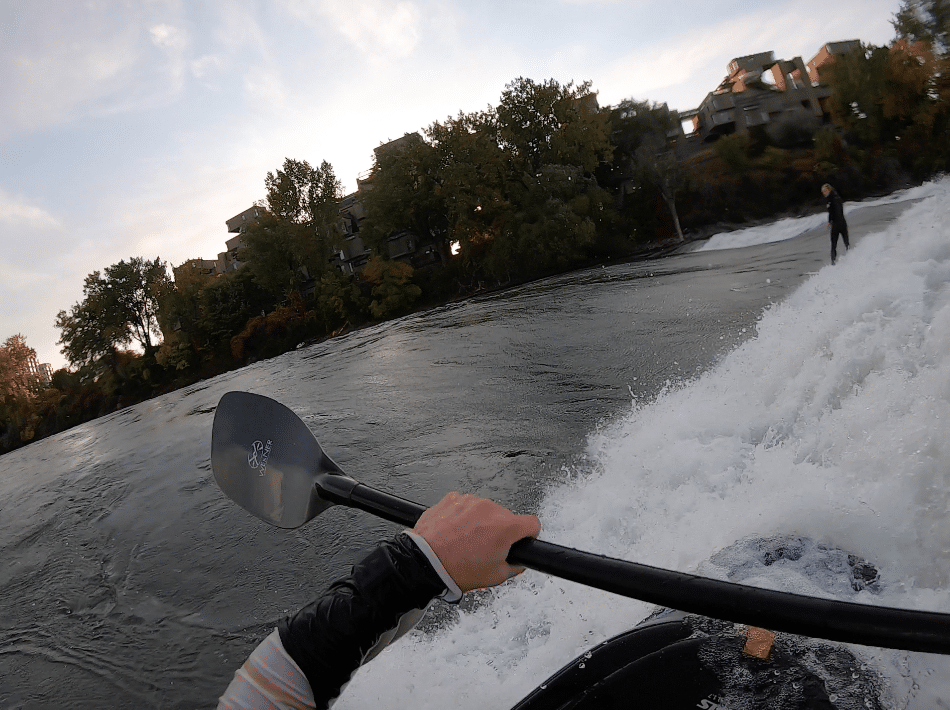 It’s fall on the east coast of the US. Leaves are starting to turn, there’s a briskness in the air, and all sorts of fall river releases are happening. Now is the classic time to break out the creek boat and get a few runs on those couple-weekend-a-year rivers, adding more and more layers as fall progresses. But there’s something else too, often overlooked- some of the best wave boating in the world.

From the northeast US, the city of Montreal is a short drive (under 7 hours from New York City). From anywhere else, flights are often cheap, as the Montreal airport (YUL) is a major hub in Canada. If you’re driving into the city from any direction you’ll cross over one of the biggest rivers in the world, the Saint Lawrence. Here, at the low water that comes in August until late October, are a few of the most fun waves you could hope for.

Habitat 67 is a classic feature, often frequented by both river surfers and kayakers. This wave is an incredible spot for both intermediate and advanced paddlers. With nothing above or below the risk factor is pretty low, and even the wave itself is wide (around 20 feet), and has a constant smooth foam pile and perfect shoulder on the surfer’s left to throw tricks off of. Wether you’re looking for endless soul surfs or to throw big-wave combos, this wave can provide. Park along a road next to the Habitat 67 Apartments, where you’ll undoubtedly see other kayakers or surfers, and the follow a trail upstream to the main staging eddy for the wave. Although there is a huge eddy to set up for the wave and a huge one below, you do have to walk up every surf.

The Lachine Rapids, named after an early French explorer thought they’d found China (la Chine), provide an impressive grouping of waves, albeit for more advanced paddlers, as a swim here would be a long one. Putting in at the Parc des Rapides, you paddle up a man made cove then out the point, dropping into a long and epic wave train. Soon the river drops, and you find yourself in a staging eddy for two waves. The one closest to the eddy on river left, Pyramid, provides long surfs for carving, spins, and occasionally steepening up for some big tricks. Pyramids big brother, however, is Big Joe, the main attraction of Lachine. About 15 feet wide, the left bowl of the wave provides consistent huge passes for both giant aerial tricks and epic combos. This is the stage for the Montreal Eau Vive freestyle competition, along with Mavericks, which is only accessible with a jetski. Every trick and two-trick combo in the book can and has been done on this epic feature. After a session here, which also involves hiking for each surf, you just ferry back to the left shore and walk back to the car.

For anyone who likes to spend some time in a freestyle kayak and surf some big waves, put Montreal at the top of your fall destination list for some of the best wave boating in the world.