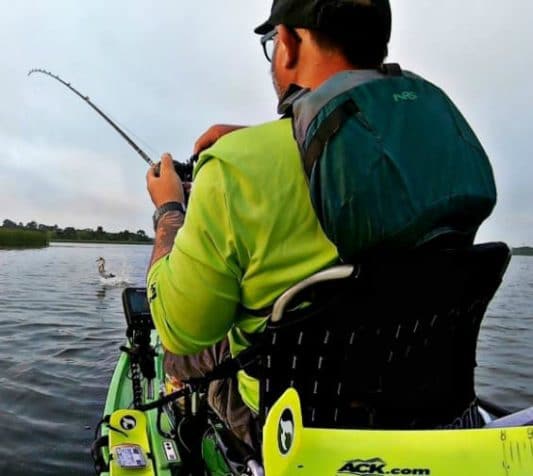 Round 5 of the Southeast Kayak Bass League went down on the first Saturday of June. 65 anglers set off from 2 different launch locations on Lake Bastrop, located 45 minutes Southeast of Austin, Texas. I was lucky enough to pre-fish the week before the tournament and found a decent frog bite early morning, although I lost a few key fish that morning, I knew I found something to put up a quick limit come tourney day!

Tourney day came quick and had us jammed up worse than rush hour in Houston at the launch! Quickly making to my way to the first spot I planned to target I arrived just in time to start fishing! BOOM…the action came quick, I landed 2 fish back to back in the 14″ to 15″ range and then 2 casts later another around 16″! By 0725 I had a small limit in the upper 70″ range with my biggest being 18″ that slammed a Poppin’ Pad Crasher while letting it rest in a eel grass opening! I continued to catch fish in that area and was able to cull a few inches to put me slightly over 80″ mid-morning, then the bite died off. Seeing other anglers and hearing of some of them struggling to find fish had me feeling pretty good, a quick look at the leader board had me in 3rd place. 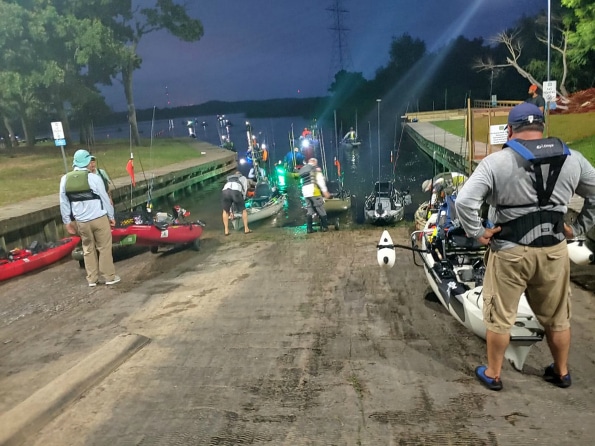 If I had a shot to pull off a win I felt I needed to upgrade some fish, with time running out I made my way to a spot that I fished during another trails event last year and pulled off a 2nd place finish. The area had scattered hydrilla in deeper water and being a power plant lake, the water temps were hovering in the low 90’s, so I figured the fish would be holding in the deeper water around the cover of the grass. I opted not to target the many reed lined banks nearby and started throwing a bladed jig to no avail…not a single bite in 45 minutes! I did notice some of the hydrilla had grown to the surface and formed mats! Something…told me to put on a creature bait (GrandeBass Beaver Craw) and punch that grass, remembering that Brian Latimer had used that technique during the FLW event on Seminole and took the win! 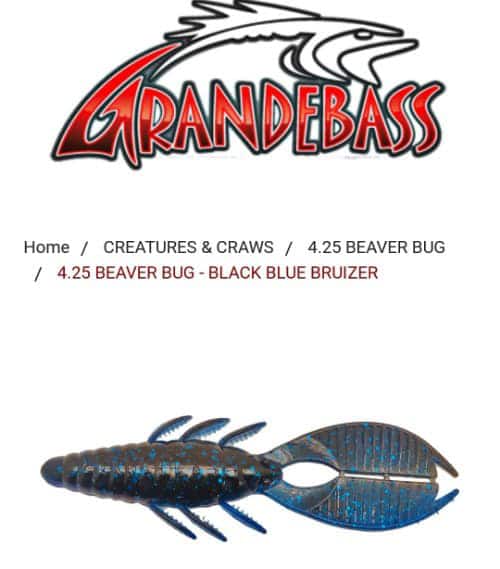 Well…that’s exactly what I did. It all started on the third drop down and my bait was slammed! Setting the hook, I ripped the fish from the grass only to see the hook fly by my head and the fish quickly swim back into hiding! A few pitches later and I set the hook on another fish and quickly netted a nice 16.75″ fish to cull my smallest! I continued to work a few of the matted hydrilla patches and caught quite a few fish in the next hour, also landing another 18″ fish and then capped it off with a 17.5″ to bring my total up in the mid 80″ range. As time was winding down, I headed in to load up and head to the awards ceremony. I tallied my fish and came up with 86.50″, not to shabby for a super hot day with light winds! Knowing last year I put up 91″ to take 2nd had me feeling I might have fallen short for the win. So when the Tournament Director started calling out the placings I was getting nervous! “3rd place 85.5″…Oh man! 2nd place 86 and a bit of hesitation…inches! Ok..now in first with 86.5 inches” then I heard my name! WOW…what a feeling to grind it out and pull off a win! 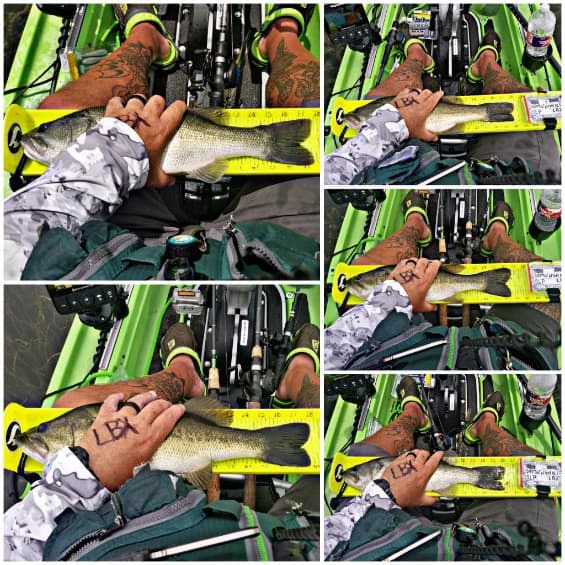 What really made this bittersweet was the past few tournaments I had been struggling with losing some key fish right by the kayak. Whether it was a net malfunction or the fish pulling off in hydrilla, it was starting to weigh on me. Though still managing to finish in the top 10 in both of those events…the “what if’s and why’s” were still lingering. So mental preparedness plays a key role in getting ready for these tournaments and not second guessing your decisions on the water. I am sure glad that I made the right call to punch that hydrilla! Going 45 minutes without a bite can be taxing on your confidence. So…maybe I would have caught them on that chatterbait, but I will never know for sure. Getting that first bite while punching boosted my confidence and helped me clinch my first win of 2019! 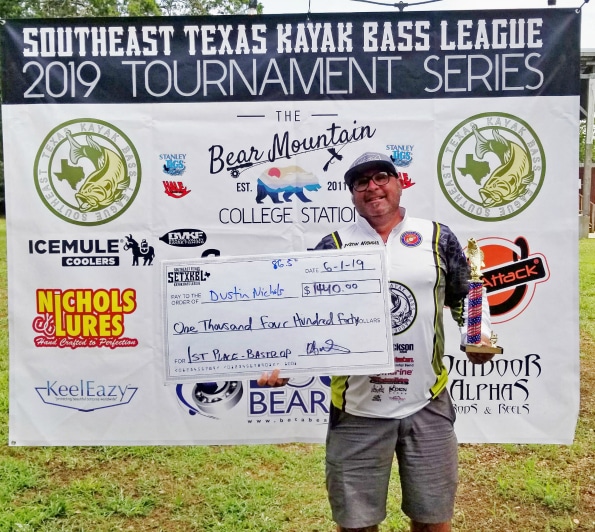 Thanks to Southeast Texas Kayak Bass League for a great trail and looking forward to the Championship Round on Lake Livignston in September!