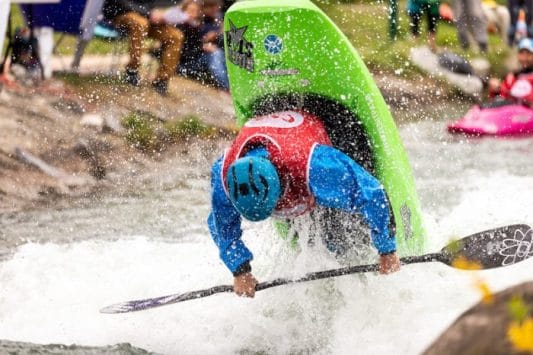 As every year No Pasa Nada did an amazing job at organizing the competition. They managed to make the perfect blend between fun, excitement, rivalry and friendship during this event. 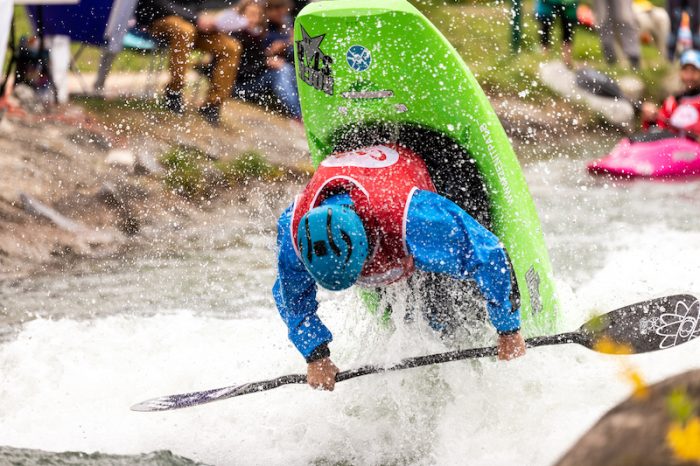 Due to the huge success the last few years, the competition could count on a good number of paddlers ready to tackle the different kayaking competitions. There were over 80 freestylers present to battle for the medals in the different categories and many more to participate in the other events. As every year there were a couple of brave internationals ready to try and take the medals away from the Frenchies. Belgium, Ireland, England and Catalonia were all fired up to take on the challenge. 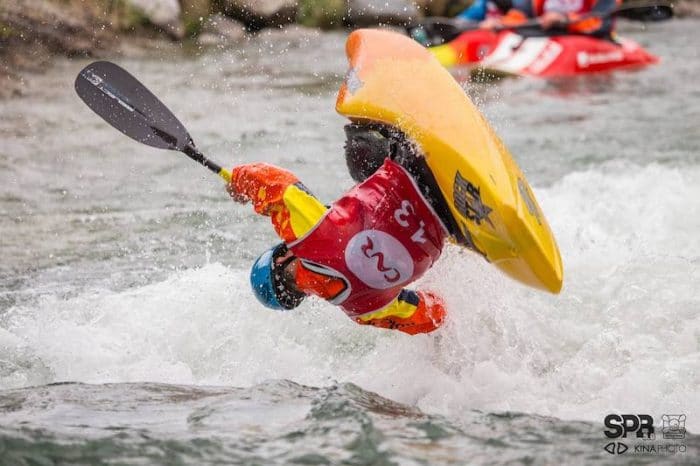 This year the weather wasn’t so kind on the competitors, a cold wind and some spats of rain made it a rather chilly weekend, but that couldn’t temper the paddlers motivation.

During the weekend there were loads of different events running such as:
⁃ Freestyle
⁃ Mix Master Contest
⁃ BoaterX (in sit-on tops)
⁃ Dynamic Duo BoaterX

As this event was sponsored by Jackson Kayak our team manager Adrian Durrant was present to inform the paddlers about the newest models Jackson Kayak has to offer. Everyone could try out one of the new Rockstar 4.0’s, Antixes and the new MixMasters. 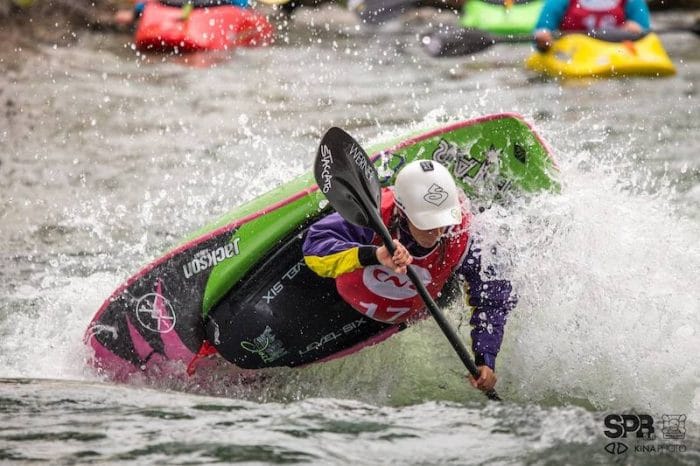 To add something different to event, there was a MixMaster contest this year. It basically meant you had to do as many cartwheels in a minute and your best mystery move. The winner managed to do !52! cartwheels in a minute. Very impressive! It was good fun watching the event and seeing the paddlers disappear under water doing some sick mysteries!

One of the other events that’s always fun to watch is the boaterX, because the boaterX is performed on sit-on tops there is a lot of carnage of people flipping over, crashing into each other and someone even committed to swimming the course with her boat! 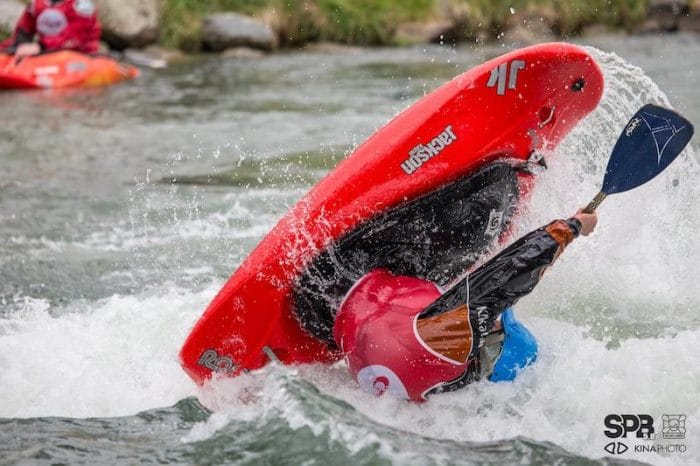 Now the highlight of the event, the freestyle competition!
The freestyle competition is a little different than most other competitions as you can use 2 holes to perform your tricks in. The first hole is a deep but flushy hole, great for aerial moves, but harder to stick the more advanced moves. That’s were the second hole comes into play, it’s pretty shallow but nice and retentive. 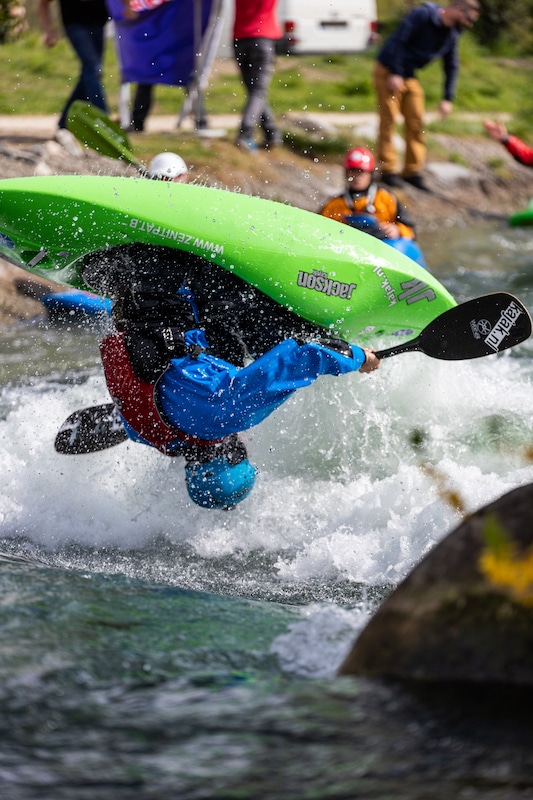 As usual the well-known names as Quim Fontané Maso & Seb Devred were dominating the K1 men division. They were absolutely killing it! Tom Dolle my fellow JK team member and first year senior! Decided to do something about that, he absolutely killed it in finals and came in close second behind Seb Devred and Quim took third.

Very impressive to see Tom throwing down so hard in his first senior competition! The seniors are warned and know who to look out for in the coming events! 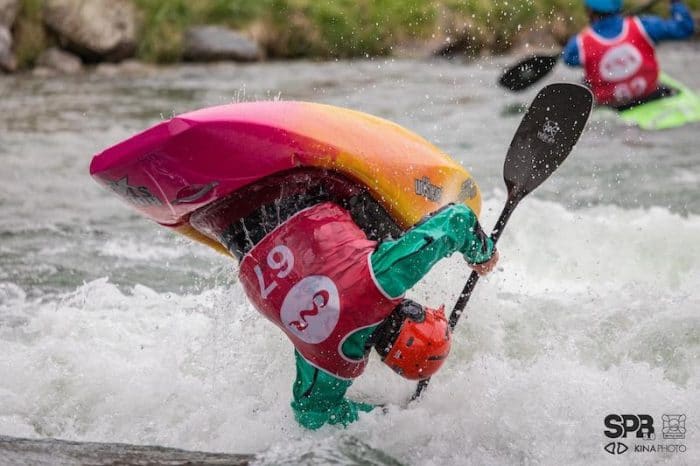 In C1 maestro Seb was almighty and won with a comfortable point gap, Tom Lay became second and our own Tom Dolle managed to grab the third spot with a very nice ride. 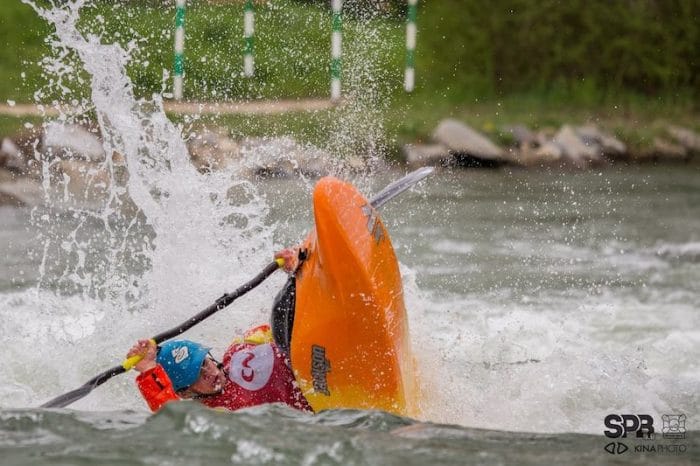 Yet again a great year of SPBriverfest.