KBF the TEN at Bienville Plantation 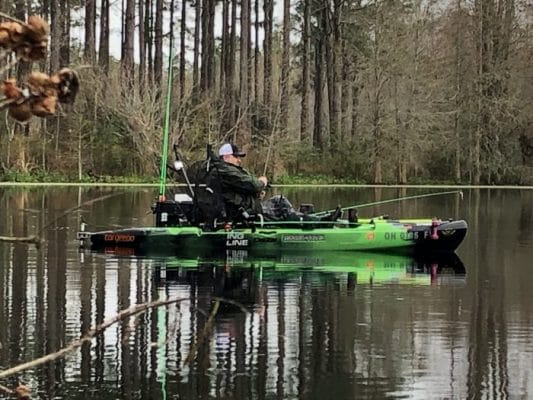 Every year, kayak anglers from across the country compete for a chance to qualify for one of the most prestigious tournaments around, “The Ten” at Bienville Plantation in White Springs, Florida.  This tournament puts the top ranked KBF anglers whom have earned the highest “Angler of the Year points” against each other for bragging rights and a prize of $10,000 dollars. This event is like none other in the sport with all expenses paid, no entry fee, loads of awesome sponsorship gear, and the chance to fish one of the top big bass locations in the country.  I was fortunate enough to qualify and compete in this event this year and walk away with a 4th place finish and memories that will last a lifetime. Here are some of the keys to my success against the best in the sport. 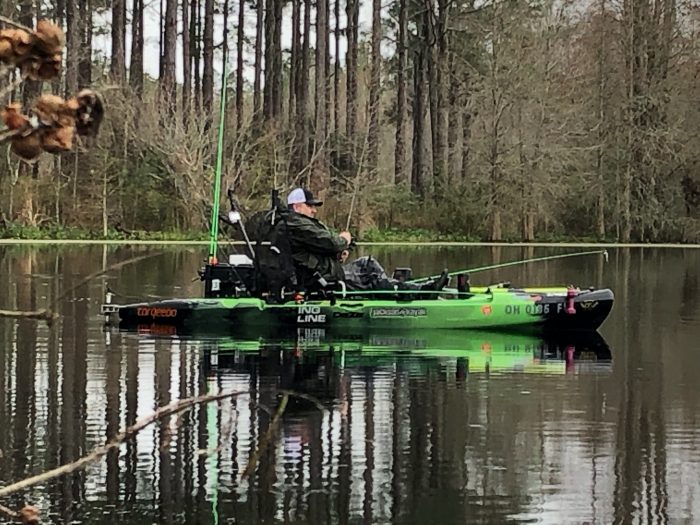 First of all the event was met with a massive cold front which made fishing challenging.  The water temperature was around 53 degrees due to the freezing nighttime temps. It was evident very quickly that catching fish was going to be tough, and it was.  The dream of heading to Florida and getting to catch monster bass on topwater or cruising the lake looking for bedding bass was not going to happen this trip. The bass were schooled up in the deeper water off of the grass edges following shad.  If you were not marking bait or fish on your sonar you were going to have a hard time catching fish. 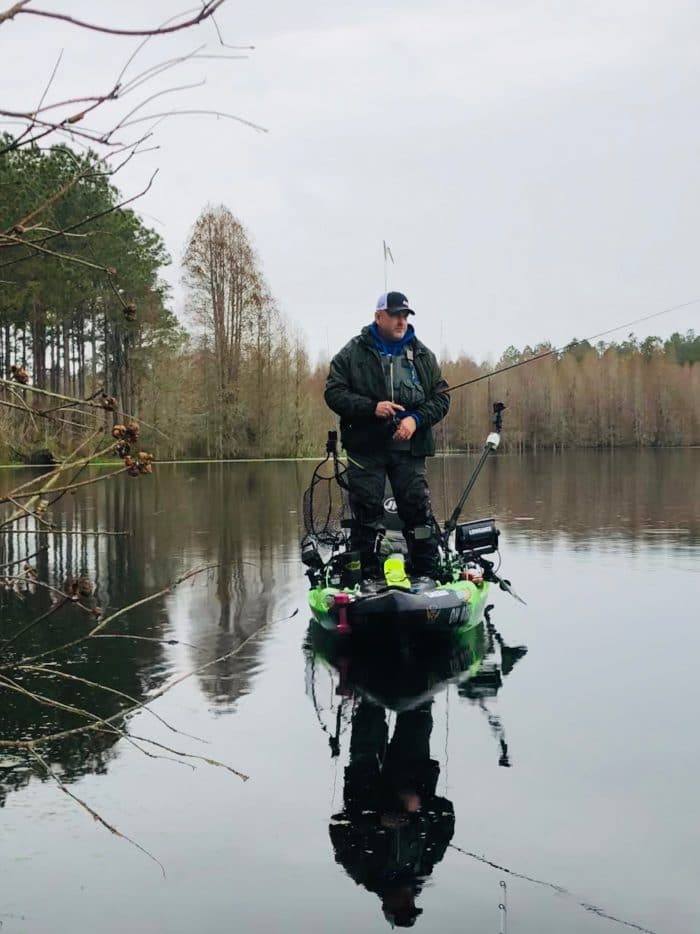 On day one of the tournament I had located an area in one of the deeper parts of the lake where I could mark fish and bait.  The only issue was most of the other competitors in the event had also realized this, and this area was very crowded with anglers and camera crews.  I chose to fish the edges away from the crowd and had picked up one bass on a small swimbait. I had noticed that most of the anglers in this area were throwing large A-rigs and being fairly successful in the deeper water.  I decided to leave and look for other areas on the lake that may hold the same pattern. As the day went on, I was beginning to think that one fish may be all that I would catch. As I worked my way back towards the area near the launch where all the action was earlier, I noticed the center of the lake where a grass flat was located, had been vacated and all the crowd had moved to a cove off of the main lake.  As I pedaled my Big Rig FD across the open water, I began to mark bait balls and feeding fish on the edge of the deep water. I tossed out a drop shot and immediately hooked up to a small bass. As the wind pushed me across the grass edge, I was able to quickly land 7 bass giving me a limit right at the end of the day, putting me in 5th place with a chance to improve on day 2. 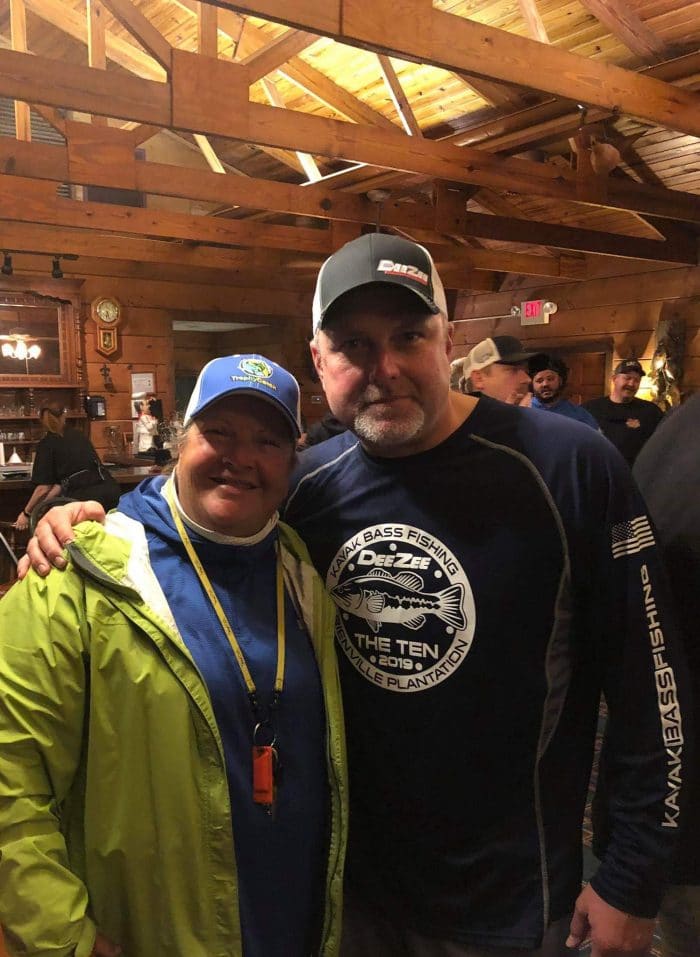 Day 2 brought a warmer night and much more comfortable daytime temps.  I launched and went straight for the middle of the lake where the grass flat was located.  I anchored down and began throwing my drop shot into 15 ft of water and slowly worked my bait back to the grass edge.  I caught one keeper early and then the bite was non existent. I pulled anchor and began slowly pedaling around the grass edge dragging my drop shot.  I picked up another bass and began to notice that with the warmer nighttime temps the bass had moved up into the 6 to 8 ft range where the grass was beginning to thicken.  I worked closer to the bank and was able to catch a limit of quality bass by slowly dragging my bait by backpedaling my Jackson Big Rig. I was able to move up one spot on the leaderboard and bring home a 4th place and $2000 payday. 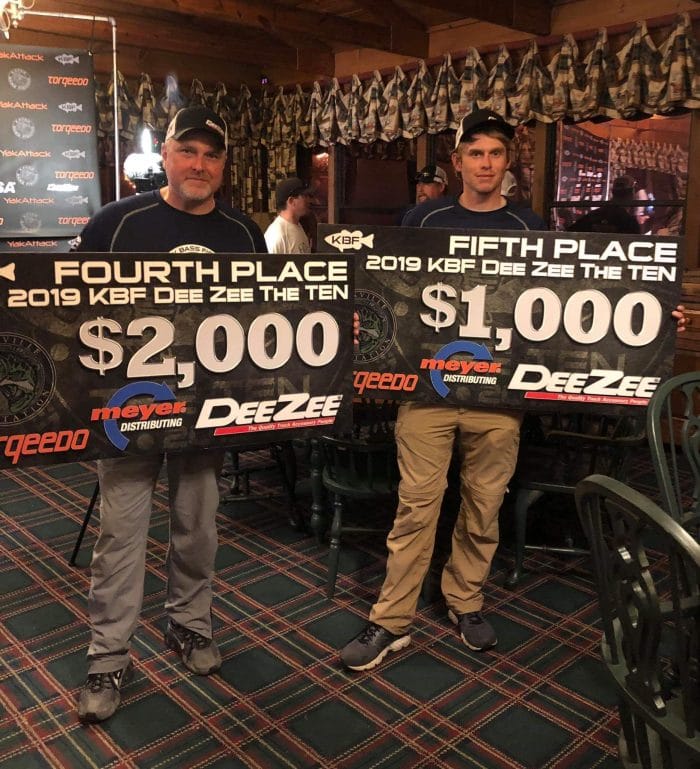 With the combination of my Jackson Kayak Big Rig FD giving me a way to stealthily move around the grass flats and the use of my Lowrance Fish Finder, I was able to stay on the fish and slowly work my dropshot into the areas where the bass were feeding.  This was my first event in my new boat, and I am very pleased with its performance. I am looking forward to spending the year chasing bass in this kayak. Another key was the fish ID feature on my Lowrance Elite 9ti. This allowed me to spot the bait and fish in the grass where regular sonar would have made it next to impossible.  Most all of my fish were caught on a 4.5” Roboworm in Morning Dawn rigged drop shot on a 13 fishing Muse 7’1” medium action spinning rod with a Prototype X reel spooled with 10lb seaguar inviszx. 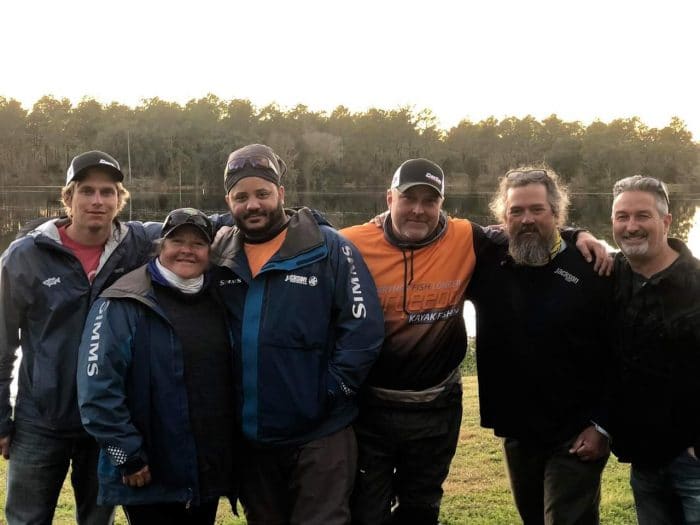 If you ever find yourself in northern Florida looking for an incredible place to bass fish from your kayak, check out Bienville Plantation.  Find more information on all they have to offer at www.bienville.com