Paddling with My Little Sister 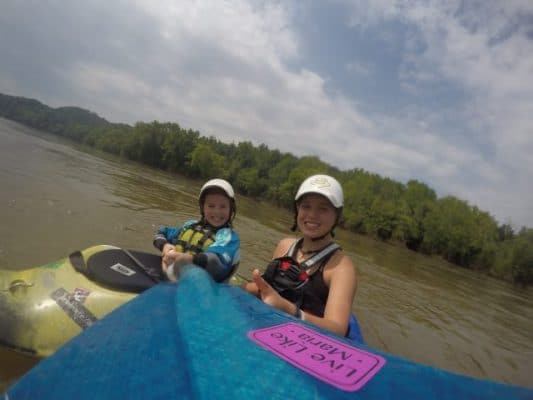 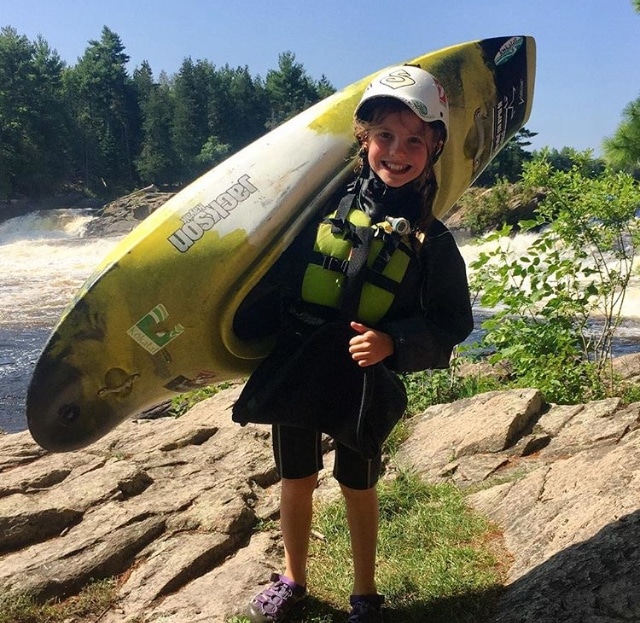 Photo Credits: Brooke Hess
Jackie has been paddling for 4 years now. I am amazed by how quickly she is improves every year. Jackie was always small, and we waited for her to be strong enough to pull her skirt and tall enough to reach the feet bags. She was seven when she fit into the kids lifejacket and weighed 50 pounds. Finally the day came where Jackie got to join my family and I on the water. She was shorter than her pink Fun 1, and filled with excitement. She was so tiny we would play limbo with her and she was the stick! I’m not kidding! The biggest struggle we had with Jackie was the weather. A cold rainy day could thus, make a day on the water miserable. The purchase of the dry top, helped fix the problem but sometimes it just is too cold. 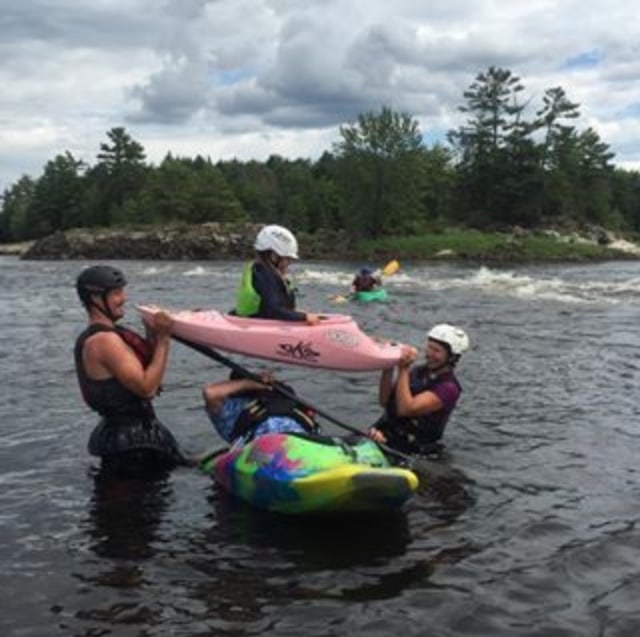 In Jackie’s first few weeks of paddling she mostly hung out on the flatwater, practicing pulling her skirt and simply paddling around. The day came where we took her down the middle channel on the Ottawa River. My mom was so nervous about Jackie. She made sure that she has everything she needed from sunscreen to squirt guns. Jackie did even better than we expected and only swimming once. She walked only 1 rapid and rafted a few. In the flats she would take her squirt gun and spray anyone nearby. As the summers went by, the more runs she made down the middle channel. 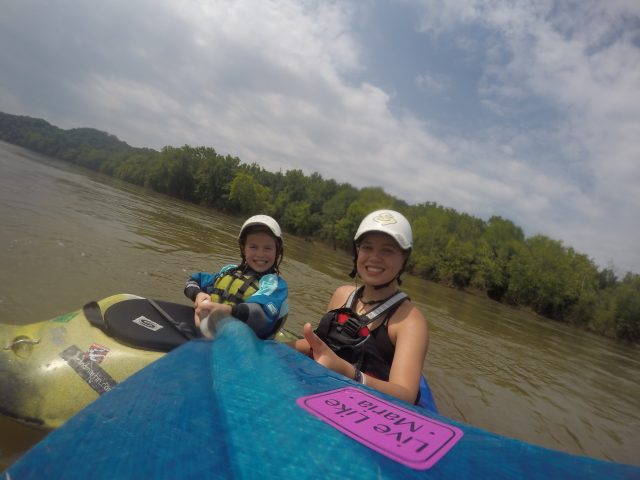 The next biggest challenge for Jackie was her roll. She was now 9 and she could paddle down all the rapids on the middle with ease. But her first response to flipping was to drop her paddle and pull her skirt. Even when her boat got on edge it was an immediate eject. The first step to teaching her to role, was getting her comfortable upside down. We played games holding our breath. She practiced hip snaps and half roles. She eventually got her role in flatwater but still struggled with her combat roll. Over two years of practice she eventually was able to get her combat role most of the time. When she was practicing her rolls, she mastered the handrail immediately. Even though she lets go of her paddle, she was still able to roll up. We would throw her around in the pool without her paddle and roll up. We did hand rolling competitions and she beat my dad every time. She has even got it dialed in the whitewater too!
Playing games was the best way to make sure that she had fun on the water. Most famously, FAIL! The impossible game Jackie invented with Brooke Hess and our friend Peyton Culpepper. The game is almost impossible to win thus the name, FAIL. You flip over pull your skirt and try to stand on top of the bottom of the kayak for 10 seconds. To top it all off, you turn your kayak back over and submarine back to shore. This game brings squirt guns to another level. Games like these, whether instructional or not, just make being on the water even better. The goal is to always have fun! 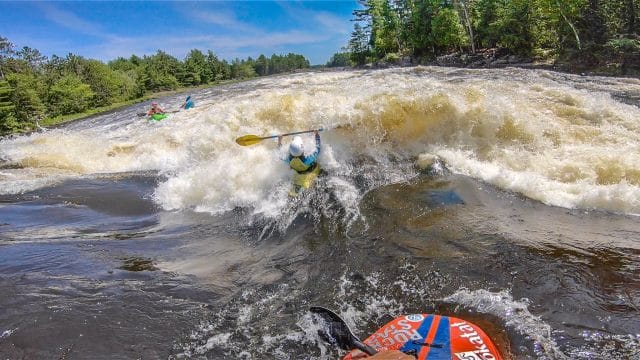 Today Jackie is 11 and is a rolling champ! Sometimes when I go to rescue her I accidentally run her over mid-hand roll. She’s my little sister and I will always be looking out for her. This summer she ran the main channel on the Ottawa River for the first time! The Main Channel is made up of four rapids all with tall waves and high volume. She even ran it dry! Jackie is surfing now swell crushing push button with her paddle twirls. Jackie ran Satlers which is a line on the Ottawa through a big crashing wave!
I can’t wait for what Jackie has in stock for us! Keep ripping it up Jax!
-Madz;)