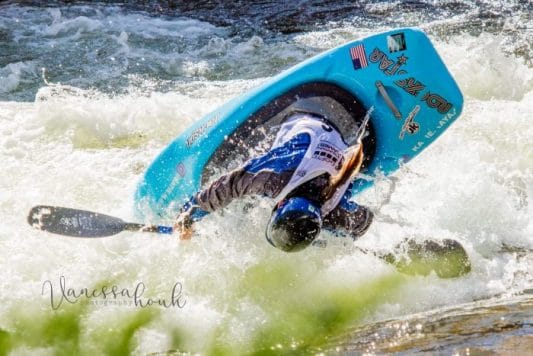 This year at the GoPro Mountain Games I got to compete against some of the worlds best freestyle kayakers. I like this competition because it is not divided into classes, all the women compete against each other regardless of their age. This gave me a chance to see how I compared to some of the older, more experienced boaters. 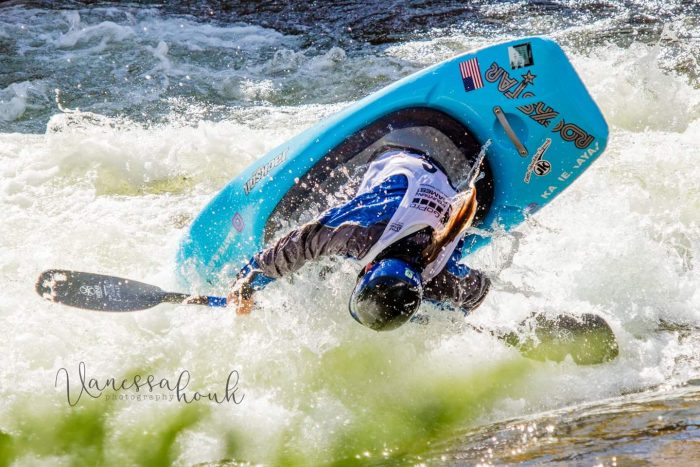 I sacrificed some things before the competition that I believe helped me perform my very best. First of all, I decided not to do the Creek Race because I wanted to save my energy for freestyle. I also spent more time in the hole practicing, than I spent swimming in the pool or running around Vail Village with my friends. And a huge one for me was getting to bed early so that I was up at a decent time and had plenty of energy to last me through the long crazy days. 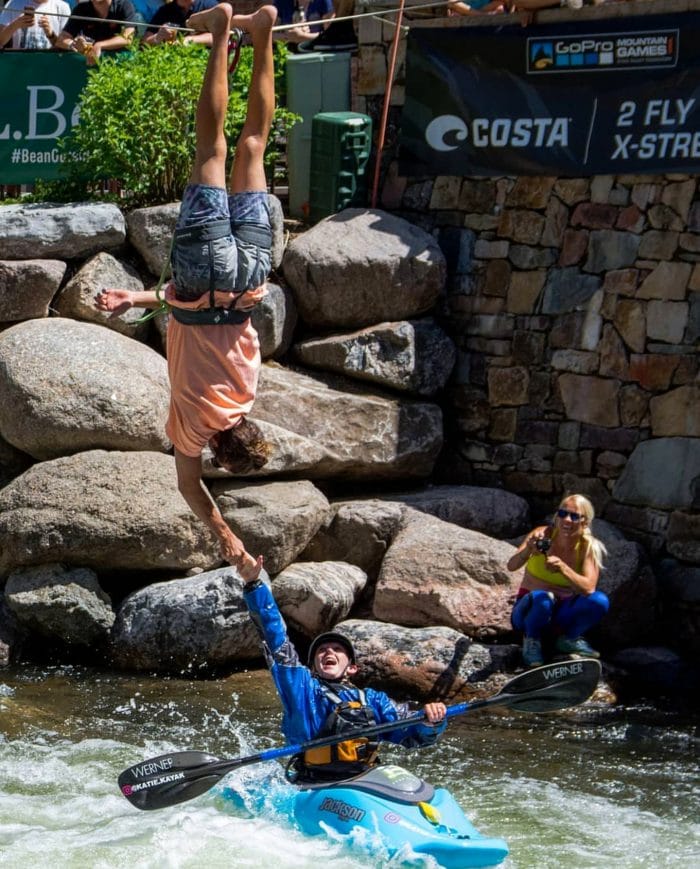 And at first it might sound as though I didn’t have fun but really I just had a different kind of fun. I still spent time with my friends, laughed my stern off and enjoyed every second I spent in the hot tub. But I had as much fun on the water preparing for the competition as I did doing all that other stuff. By taking the small extra steps I accomplished my goal of being on the podium at the GoPro Mountain games. This was something I had dreamed about since my very first competition. 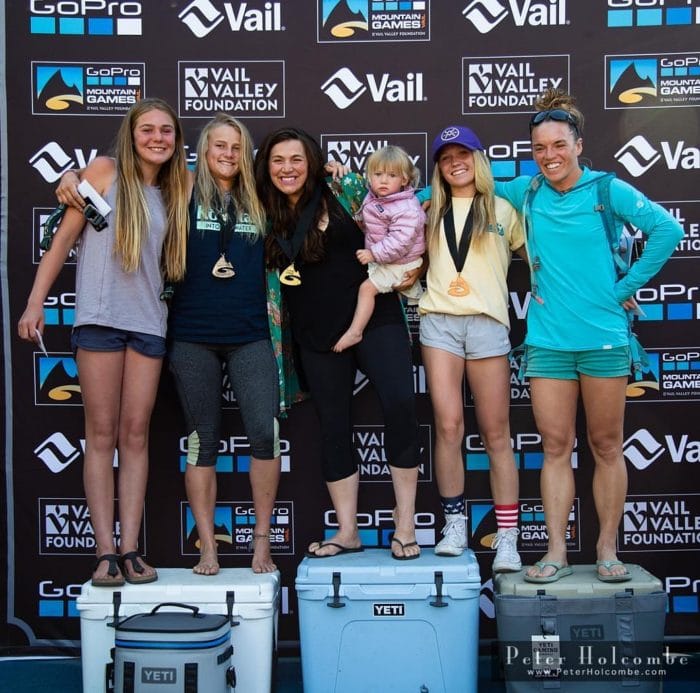 I came in third just behind Emily Jackson and Sage Donnelly and I was perfectly satisfied with that. Who knew a Yeti cooler could feel like the top of the world.