Creeking in a Play Boat 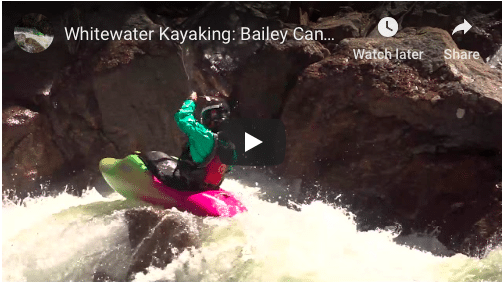 By now every one knows how well the Antix does at creek boating. What isn’t as well known is how comfortable the new RockStar 4.0 is in a creeking environment. During this year’s installment of Bailey fest, I took my 4.0 down to try to add a bit more spice to the already fairly spicy run. I was taken by surprise at how stable and in control I felt in some of the harder rapids. Being a freestyle boat generally makes a boat less stable in all directions. Not once did I get unintentionally back endered or feel like I was in too small of a boat. The fast hull of the 4.0 shot me out of any holes I happened upon, enough so that I was able to perform a kick flip out of second falls. Being such a short boat its quite easy to boof. The main location this was useful was on 3rd and 4th falls, the ladder of which is generally a challenge to keep your bow up on landing in a longer boat due to the rolling lip.

While bailey isn’t a super hard run, it’s a great run to change up your boating style and try something new. I love running harder rapids in a smaller craft, but I don’t like abusing my play boat too much so I probably wont make a habit of it. Here is a quick vid I made of some bailey canyon freestyle.