Racing the Karma RG in Maine 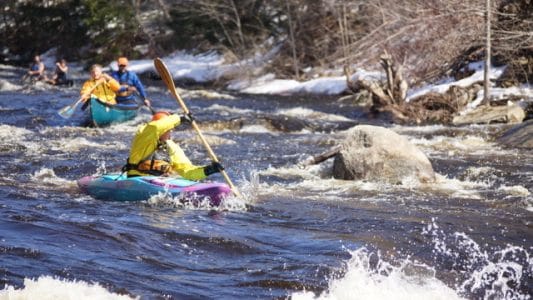 In early spring, almost too early because it is still winter there are small stream and river races up in central Maine. The races start around the 3rd week of March if ice out allows and go through into fall. With separate organizations promoting these events, most are small gatherings with awards at old snowmobile clubs, one race is so big a paddler has to walk around a bit to find a place to launch. 400 boats+!

I had never raced the streams but always wanted to so I showed up for the St George River Race. This one is the first of many organized by the Maine Canoe & Kayak Racing Organization or MaCKRO. MaCKRO does a wonderful job putting on theses races for everyone and there were many, many paddlers out as the sun did show and warmed things up temporarily. After seeing old friends, registering and warming up I started and it wasn’t too long before I saw some swimmers. 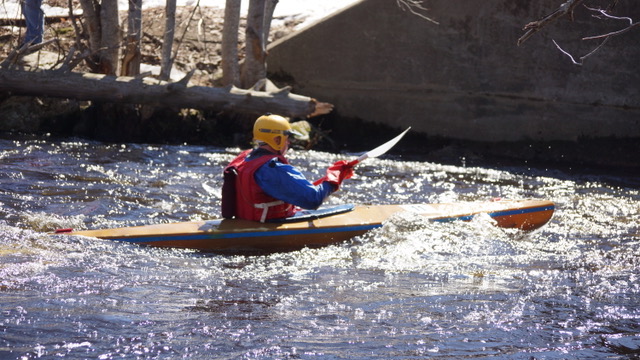 The St George starts out very twisty turny and small with just moving water but rounding a corner I heard a thump/bang splash and by the time I was around the next corner I spotted two paddlers swimming to a steep bank. Swimming in Maine in March literally will take your breath away and I could hear the hyperventilation going on. BURRRRRRRRRRRRRRRRRRR! I finished 3rd but I really thought I’d beat my old friend from work. He’s been racing since forever. Experience is everything. 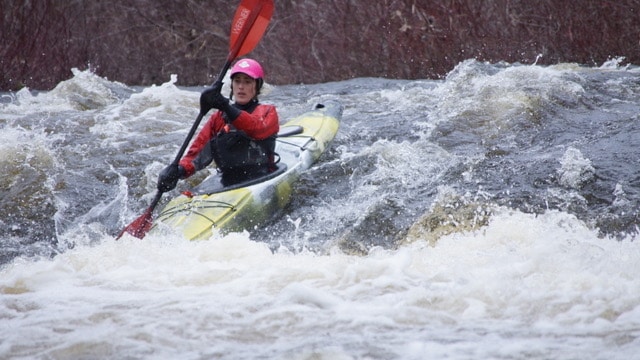 The next weekend is the Passagasawakeag Stream. Like the St George I’d never paddled the Passy but felt good paddling the Karma RG. Not the fastest race boat but predictable, stable, comfortable, bomber plastic and easy to maneuver. At 11’10” the Karma Rg is a great option with sure footed trait so a paddler can feel comfortable paddling into rapids they’ve never run. Read and run! This race went well and I finished 4th still smoked by Mark Bamford,my friend from work. I was getting frustrated. 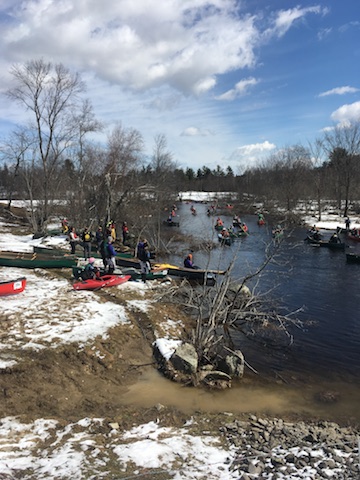 The following weekend was the Souadabscook Stream and Marsh Stream races, two streams I’d paddled since the early 90’s. The sou started as a mass start with OC2 and OC1, K1, K2 and everything in between hitting the gas. I was able to keep up with and pace off some fast, experienced hard core OC2 paddlers. Felt fast in the flats when everyone separated and I started to make a couple of passes. Getting into the whitewater was a relief as I new where to go and ran clean, made a pass on a K1 paddler that beat me the weekend before but at a mandatory portage I gassed and watched as the guy I just passed, ran by me on the trail. Ouch….. 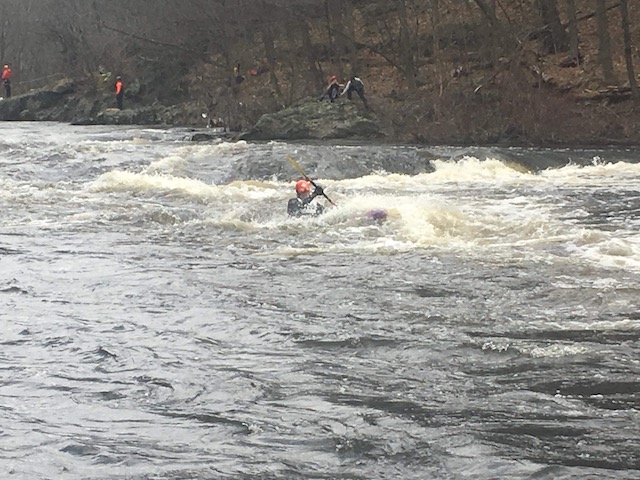 I caught him again near the end of the race, made a tactical error and finished 2nd by 9 seconds. I was faster than Mark though, mostly because he didn’t race.

The Marsh Stream Race went really well. 26 degrees and windy, lost driving around trying to find a put in I competed in a sprint race, rescued a swamped canoe and finished 2nd in K1S for sprints and 1st in full river beating the same guy that ran past me the weekend before. I felt ready for the 16mile Kenduskeag Stream canoe race. 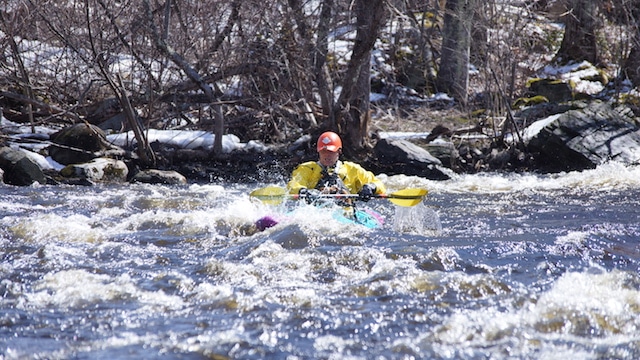 11 miles of flat water before the class II/III rapids, but I felt good after the start/warm up mostly talking with Mark and watching the start of a race so popular it was hard to find a spot to put in. I made it down to 6 mile falls and went center lines and before I knew it, I was passing paddlers dumping out their shaped boats which was nice after getting easily passed by them in their racing canoes.

Two mandatory portages were downstream when I spotted a paddler I knew in a Wavehopper. I thought it’d be real nice to get ahead of him for the end so I decided not to put on my skirt and take a chance. Duh! I swamped in a ledge and barley stayed in the race. Made it to the second portage and put in with my competition and slid in ahead of Chad and never looked back finishing 2nd K1 Short behind Mark Bamford by 90secs over 16 miles. 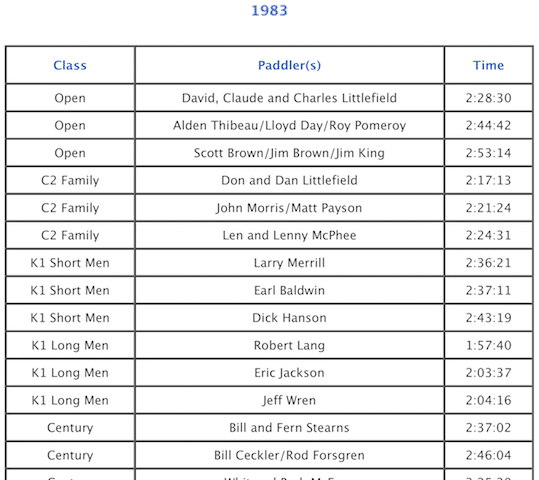 After the race I was looking in some race results and the Sub 2 hour finishers and found Eric Jacksons name in there at 2 hours 3 minutes from 1983. Not bad at all.