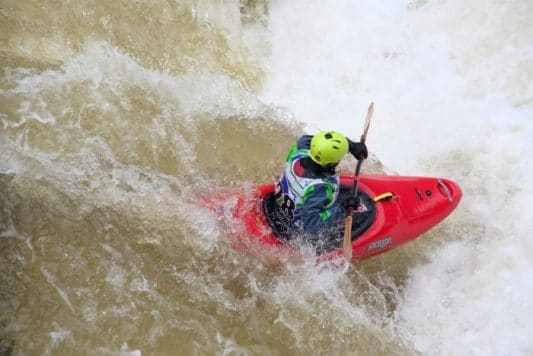 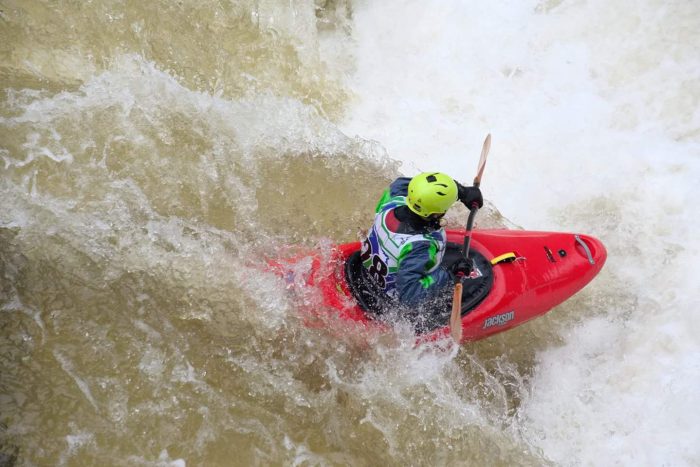 The 3rd annual Cuyahoga Falls Kayak Race took place on Saturday April 28th but the excitement was all weekend long! Thanks to the hard work and dedication from the local paddling community and of course the main race coordinator, Don Howdyshell we had more sponsors than ever. Sweetwater Brewery is the biggest yet who set up a massive tent right by the waterfalls for registration and a full festival after the race. With preregistration shirts were included for a better deal but everyone who registered recieved a Monster Energy sponsored “goody” bag including free food and beverage vouchers, monsters, #stuckinohio stickers and a few others goods. 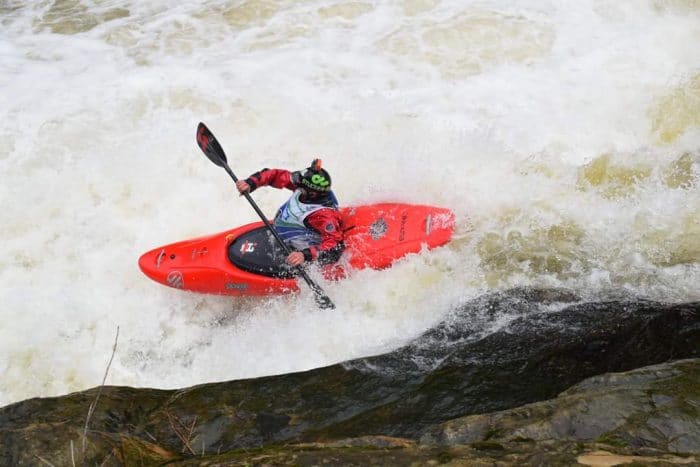 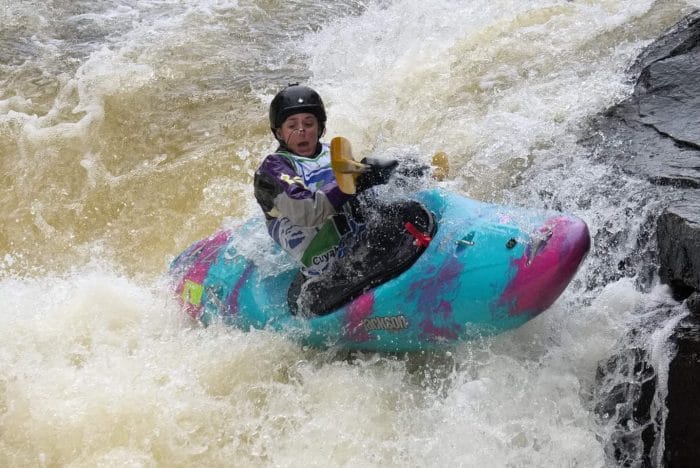 Registration went from 9-11, saftey talk up at 11:30, then the people setting saftey raced first starting at high noon. The first race was time trails long and short boat which started about 1,000 ft upsteam of the Sheraton hotel where registration was. The Sheraton is directly above the waterfalls but luckily the owners of the Sheraton love us kayakers and donated their pool deck, overhanging bar/restaurant and riverside bar for spectators of the race. Not to mention offering deals on rooms for competitors. Having the hotel overlook the river makes this race a great spectator event for anyone and everyone! The time trials race is just under a mile long with the falls right in the middle. 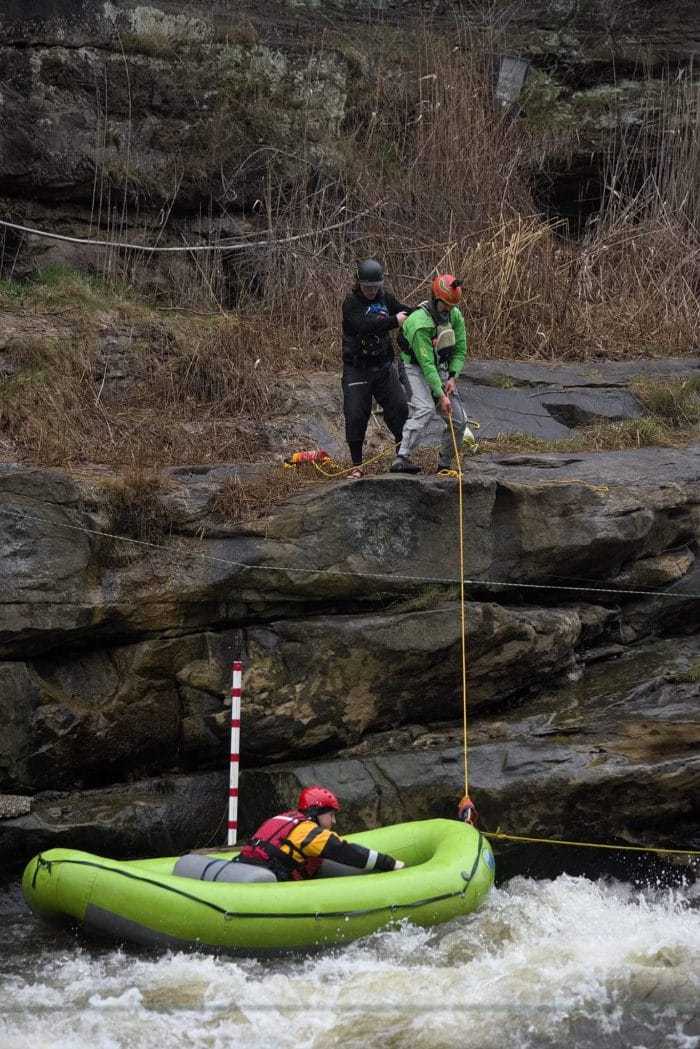 The finish line of this race is the start of a man made lake (which will be gone someday) for the next half mile float. The take out is at Front st. bridge where local kayak rental company, Burning River Adventurers picks eveyone up and sponsored shuttle ALL DAY LONG even practice laps for everyone, no charge and SNACKS PROVIDED! This cycle repeated a couple times for the boater X race and the slalom race, although the slalomn took place while hiking laps at the falls. Unfortunately this year the timing was messed up somehow and an actual winner could not be determined from the results. Although this was disappointing, it didn’t seen to effect the event in any way. 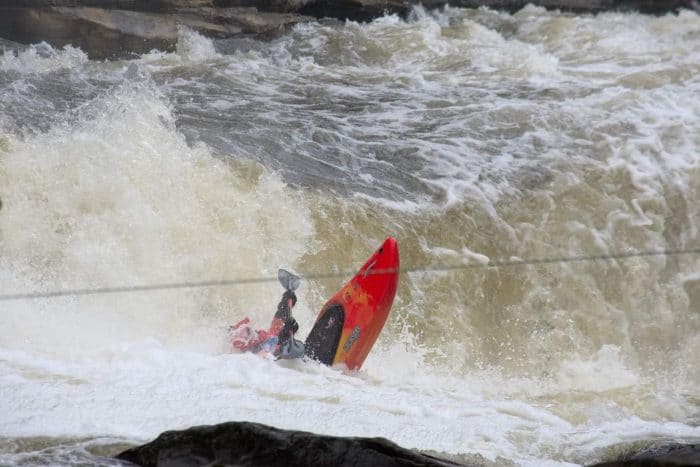 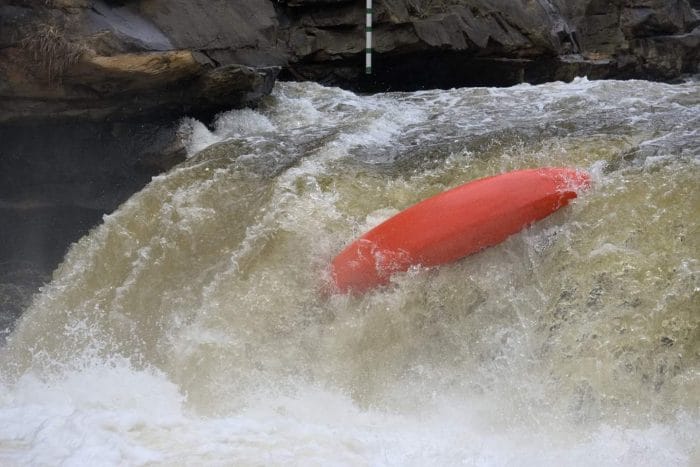 Awards and food were still held in the sweetwater tent but instead of announcing the fastest times, we drew random names from a hat of competitors to win prizes then everyone else got to pick through the rest. If anything, I think more people received prizes because of this. The festival went till 10pm with awesome live music and shananagins. Many competitors stayed right there at the Sheraton and the city was thankfully still releasing water all day Sunday for and awesome cool-down session. Due to the fact that there was no one winner determined this year, everyone who competed is a winner if they had fun! Turned out to be another safe and fun Cuyahoga Falls Kayak Race for the books and already can’t wait till next year. 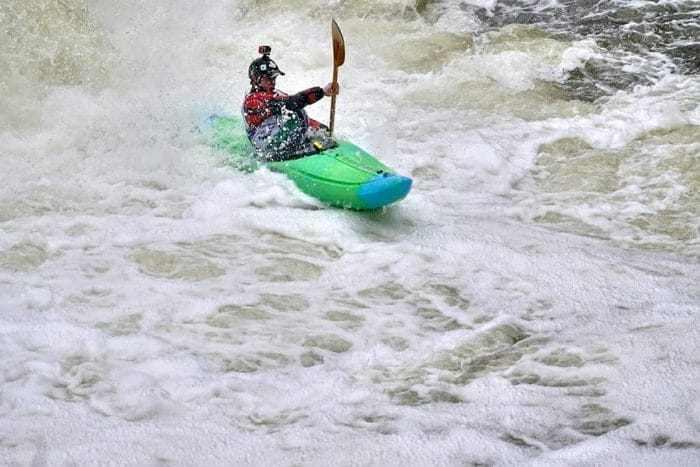 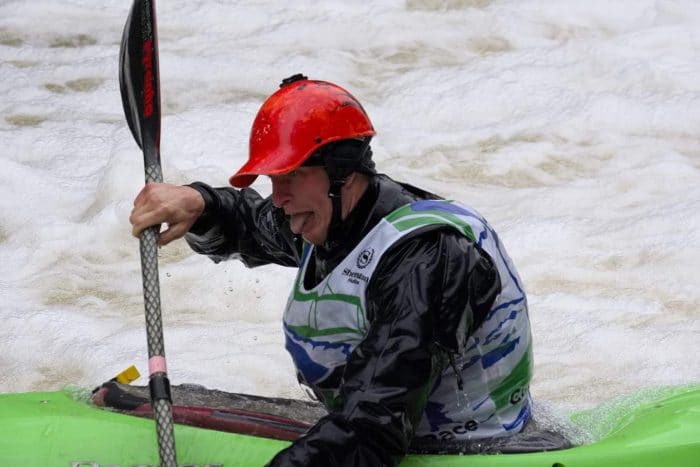 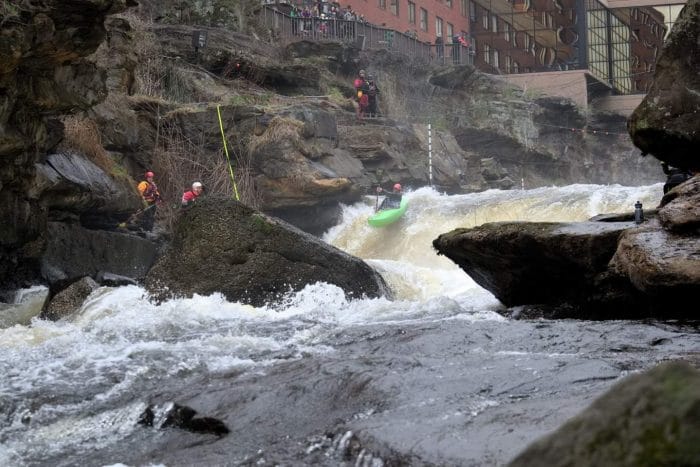 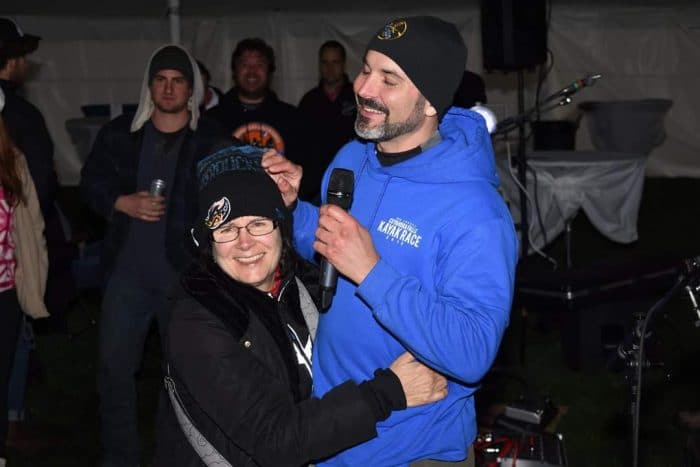 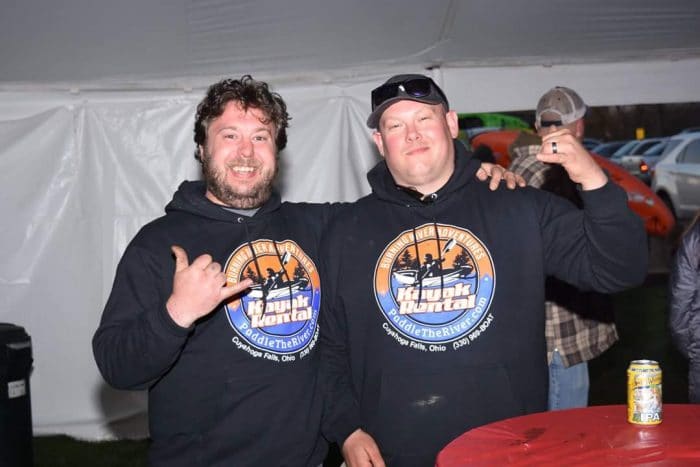 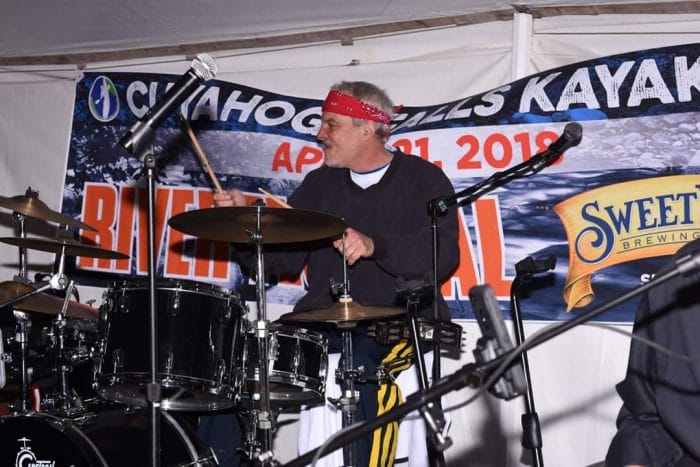