Trust is a Whitewater Kayaking Skill 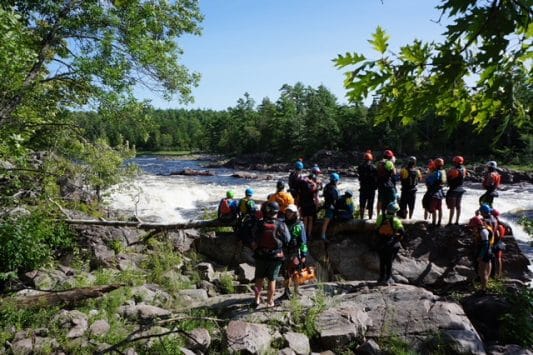 Trusting yourself and others is a difficult thing to do at times, but it can certainly have a big effect on the way you think about a rapid. As many paddlers can relate to, fear is a difficult feeling to overcome at some times. People find themselves held back despite being very skillful, and they can’t challenge themselves because they’re afraid. This is something I can relate to immensely because at times I can become that sort of paddler. I may be afraid to run a rapid that has a consequence that I fear I could end up in the middle of. Likewise with tricks, I may be afraid to try them for fear of being embarrassed.

While I was at the Ottawa river during Keeners, I found that thinking that way was not helping me in any way. This past summer during the first session of Keeners, the river was unusually high, and I was petrified of running the rapids. This fear prevented me from running rapids that I was sure I was strong enough to run. Over the session, however, I progressed from only running the easier lines a couple of times each day to kayaking the things that had intimidated me the most during the first week. Overall, it had a significant effect on me to try things and not be afraid to run certain rapids. In my second session of Keeners that summer

(session 3), I improved much more both fear-wise and skill-wise. 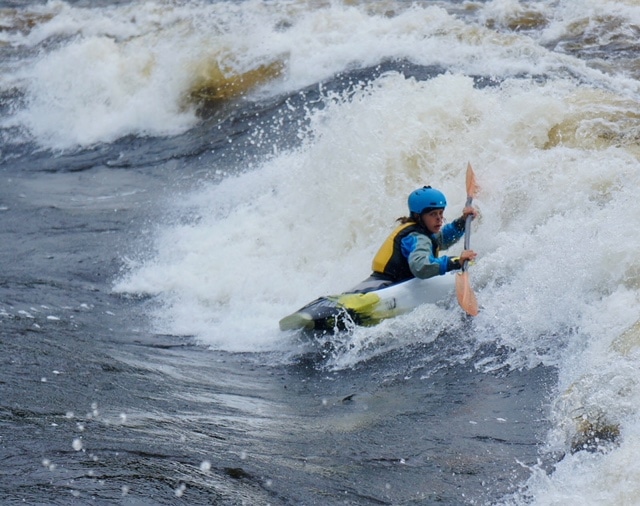 Finally, this past fall, I found that just as important as overcoming your fears and trusting yourself, is trusting your paddling partners and coaches. Trusting others has a big impact on how people face their fears, and this showed when I ran some of the harder rapids on the Potomac, my home river. By trusting my coach, Danny, I could trust my skills to run those rapids. 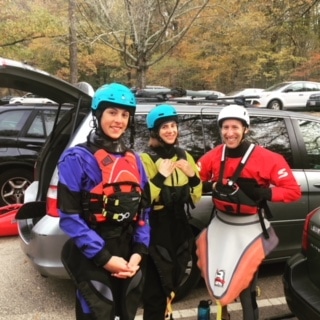 This plays a big part in your performance on the water, especially so you can focus more on what you are running and hopefully not on whether or not the person who’s leading you down is still in their boat. I was reminded to trust my coach when he, my brother, and I ran all of the mini rapids before Great Falls, the biggest rapids on the Potomac. The place we were supposed to stop and get out on was about 50 feet away from the first waterfall, Pummel, and I ran the easiest line to get to the main eddy.When I arrived there, Danny told me to go back up and run the regular line, as it was relatively simple, and I did so successfully. He told me afterwards how it was important for me to trust him, because the lines he chose for us were some that he was positive that we could do easily, and he would never make us run something he didn’t think we were prepared for.

You are the one who makes the decision to conquer those fears, and make a difference in your paddling. By trusting my instructors and myself, I was able to do that, and it helped me in paddling so much more than before. 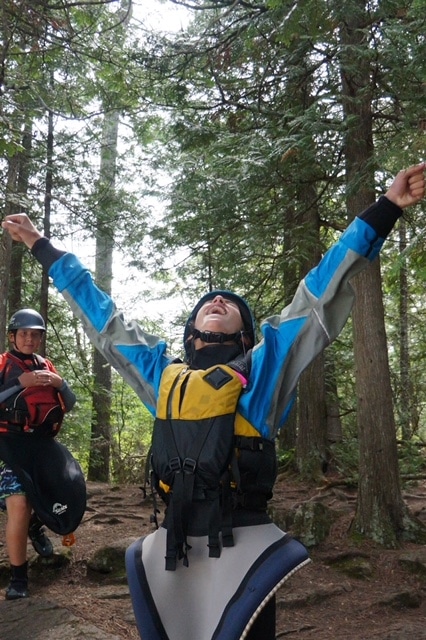