Summer on the Slave River 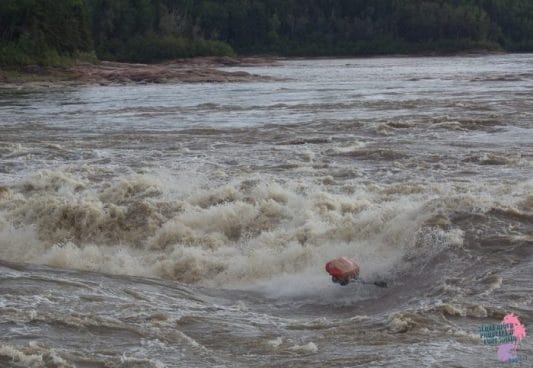 My Summer of 2017 was one I won’t forget for a while. The Slave river in the Northwest Territories is one of the most unique and special rivers I’ve ever had the chance to paddle. The Slave is a very high volume river with the water levels ranging from 2500-7000 cms, at some points the river is approximately 2 km wide. No matter what the water level is there’s always a good big wave to surf, such as Rockem Sockem, The Edge, Roller Coaster and many more. Because the river is so big, there are lots of different rapids to run, everything from gentle class II to massive class V, enough rapids that it’s pretty much impossible to get bored. 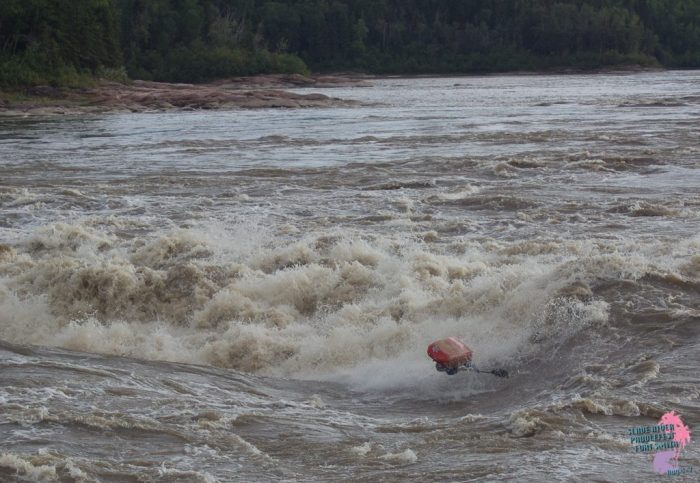 Here’s a photo of myself surfing the Edge

My journey started with a 20+ hour solo drive from Kamloops, British Columbia to Fort Smith in the Northwest Territories of Canada. My Job for the summer was to be the club employee for the Fort Smith Paddling Club where I would teach people of all ages the basics of kayaking and help organise and promote events for the paddle club. I was super fortunate as my employers Leif and Natalie Anderson let me pitch a tent in their backyard which was my new home for the next two months. 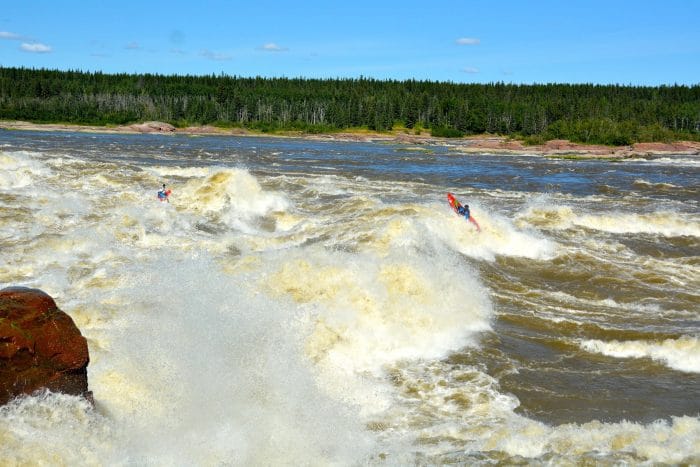 I quickly fell in love with the river as I rarely missed a day of paddling. Being able to work on my freestyle progression as well as being able to paddle world class big water everyday was super rad. Paddling on the Slave also allowed us to paddle as late as we wanted to thanks to the 20+ hours of daylight! Lots of nights we would take out as late as 11, and sometimes even 12! Not to mention every evening the summer skies produced some truly majestic sunsets. The wilderness up North was amazing as well, the Slave river is home to the most northern Pelican colony in North America. The Pelican’s nest on an island in the middle of a section of rapids called Mountain Portage. Along with Pelicans, other cool wildlife up North consists of Bears, Beavers, and Bison! 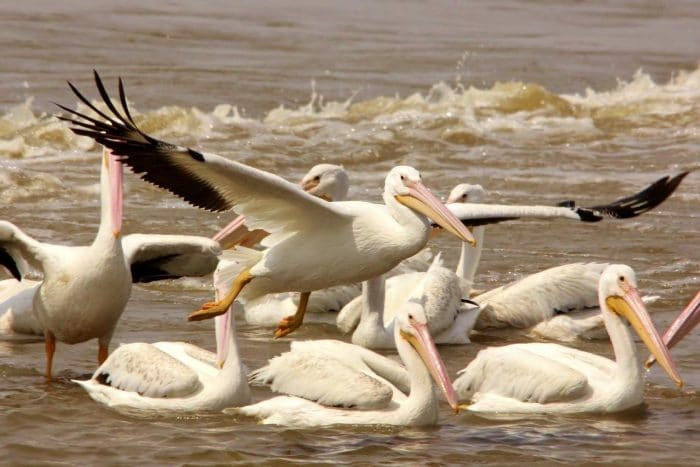 Pelicans on the Slave river

I remember this one night in late August, when I saw the northern lights for the first time, all I could think of at the time was “damn this place is something else”. The green and purple dancing streaks in the sky  lit up the night in a way that I couldn’t even imagine. This was the cherry on top of my summer. My time on the Slave was one of the best experiences of my life, and I know that it won’t be my last Northern trip! Big thanks to Leif and Natalie for giving me this opportunity, also to Andrew, Hayden and the Voorhees family, Ayden, Quim, Ben, Don and everyone else I met along the way for the good times! 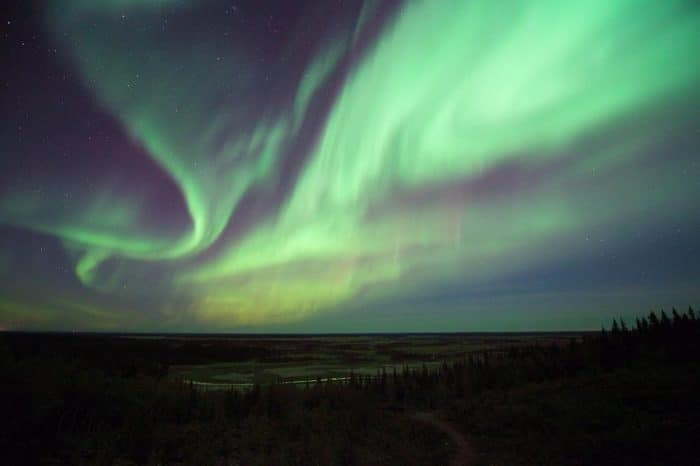