My mom and I arrived in Mendoza on the 14th of October and drove 2 hours down to San Juan. This was both our first times in Argentina and we were amazed at how (almost) at home we felt; The landscape looks just like Arizona/Southern Nevada and we were completely caught off guard! After arriving in San Juan, we found our Air B & B, grabbed some groceries, and settled down for the night. The next morning, we headed down to the hole and it looked like a desert oasis. The water was a beautiful, light blue with green trees, flowers and grass surrounding it on the opposite bank. I quickly threw on my gear, craving the water after traveling for what seemed like forever. 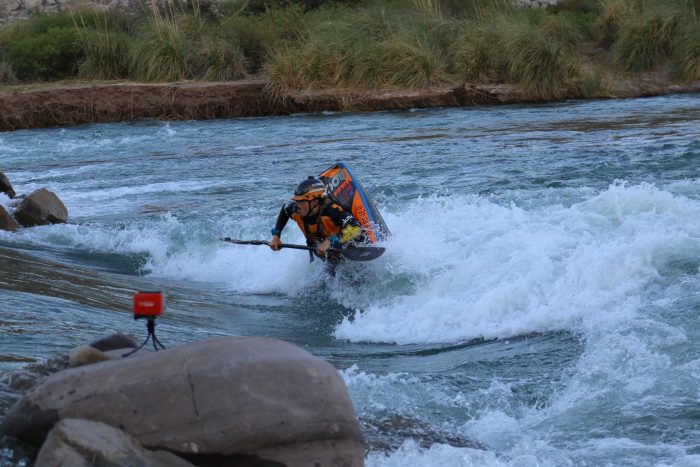 The hole was a little tricky, but awesome, and I began working on getting back all my tricks and dialing them in so they would score under the stricter ICF trick rules. Having been doing only slalom for the last three months, I was a little rusty, but I began to get my moves back and felt better and better everyday.

I was the first foreign athlete to arrive, so I was lucky enough to be invited to do a lot of media events. I mostly tag teamed with local pro paddler Maxi Montoya, for the media stuff, but I did get to meet the governor and watch the Opera: The Barber of Seville, in their recently built, beautiful theater.

Finally, after a couple weeks, a few more athletes showed up and it was off from there, with more and more people arriving everyday. We had days with over 20 people in the water at once! It was so cool to see how many people made the trip down there to compete! With everyone starting to show up, my dad also flew in to help me get competition ready. Once he arrived, we started working on my mcnasty’s which I had been having some trouble with. The feature was a lot slower and a lower angle than I was used to so I had to work a lot harder to get air on some of my tricks. After about a week, with a lot of frustration and falling on my face, I finally started to get it. Then we started piecing together my comp ride. I was feeling very good leading up to the first day and team training had been going very well. 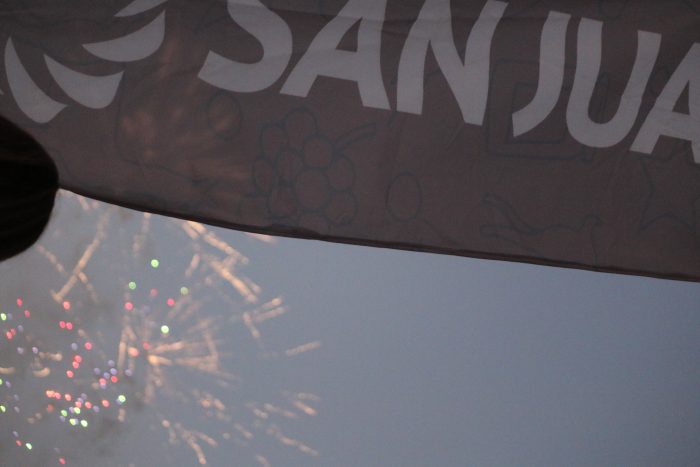 The Sunday before the competition, we went to the local theater in San Juan where we had opening ceremonies. It was one of my favorite by far! We watched a tango performance, listened to some of the Argentinian Government Officials speak, and then had a huge dance party with cheerleaders who were hoisting all the athletes into the air! The festivities continued at an athlete dinner, but I decided to head home so I could wake up early the paddle. The next morning, I did my usual dawn patrol session and made sure I felt good for my prelims on Tuesday. Tuesday morning, I woke up, grabbed some breakfast and my gear, and headed down to the hole. I was amazed once again with how different the venue looked from when I first arrived. There were team tents everywhere, local food vendors, and huge grandstands for everyone to watch on. My prelims went fairly well putting me in first heading into semis, but my tricks were all rushed and I didn’t get anywhere near the score I wanted. Luckily, I had until Friday to train and get everything perfectly dialed in. 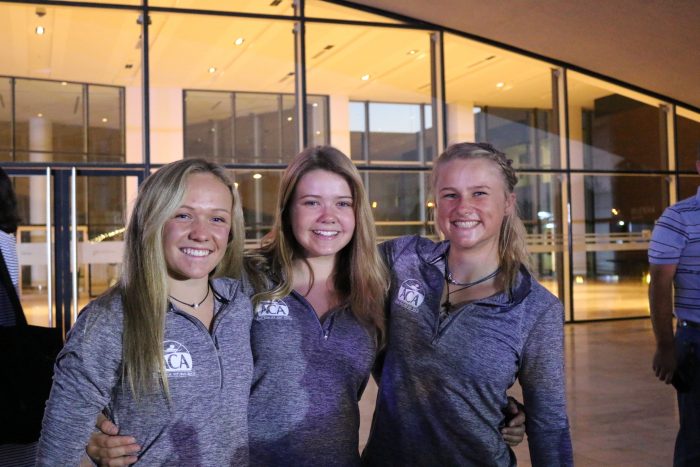 After cheering on my fellow Mens and Women’s teammates on Wednesday and Thursday, I was itching to get back out on the water Friday for my semis. I had very good rides almost scoring everything I wanted to and earned a new personal best score of a 620 putting me in 1st place going into finals! I was super happy with my paddling and excited for the next day. I ate a big dinner and crashed early that night, but at about 2 AM I woke up to a low bloodsugar. I got up and gulped down some juice and went back to bed thinking nothing of it until I woke up at 4 AM feeling horrible. Several barfs later and some anti nausea medicine I managed to get back to sleep for an hour or so before heading down to the hole. I was still not feeling good, but I did a couple rides in the hole to warm up and felt ok. My energy was sapped, I laid down and didn’t move until I had to warm up for finals, but it didn’t do much good. I wasn’t able to be snappy on my tricks and I could not pull together the rides I wanted. I missed a lot of my tricks because I just couldn’t get my body to snap around like I usually do which really hurt my score. Although it’s definitely not the rides I wanted to pull, I’m still really happy with the worlds experience; I learned to backloop, link more tricks, and can now get really big mcnasties, so all in all, for training freestyle for 6 weeks this year, it’s not too bad. Huge congrats to Ottie for taking the gold and big thanks to everyone who has supported me over the years, especially my mom and dad. Also thanks to ICF and the event organizers for such an amazing worlds.