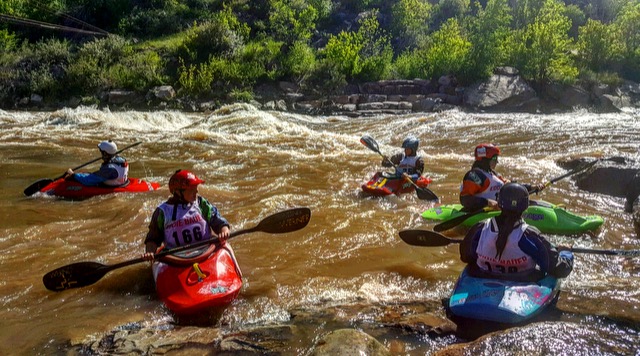 This year I went to a competition called The Animas River Days in Durango Colorado. The whitewater park there is a series of big waves. I had never been on a wave before so I was exited to try it out, but when I got there I was shocked by the size of them. In my mind I pictured something like a hole with a lot of green water, but this was not the case. 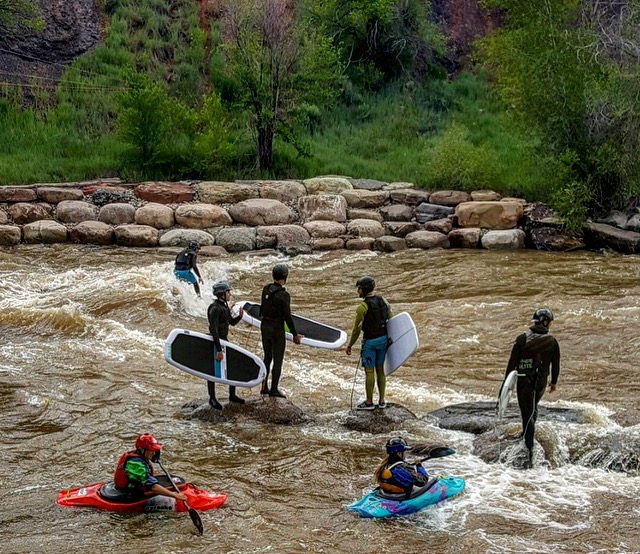 When we arrived the first day, as I was walking up the path that followed the river and whitewater park, all I could think about was how big the water is, and how small I am. Despite my worries I knew I wasn’t going to chicken out because I was still super exited to try something new. Prelims for the freestyle competition were in the afternoon of the day we got there. So when we arrived we started gearing up so we could hop in the water and start figuring out the feature before the competition. As we popped our skirts on my friend told me a little about how to initiate tricks and maneuver around a wave. I started surfing, and I was instantly in love! It was so cool to come down the wave and feel the water rush under my boat. 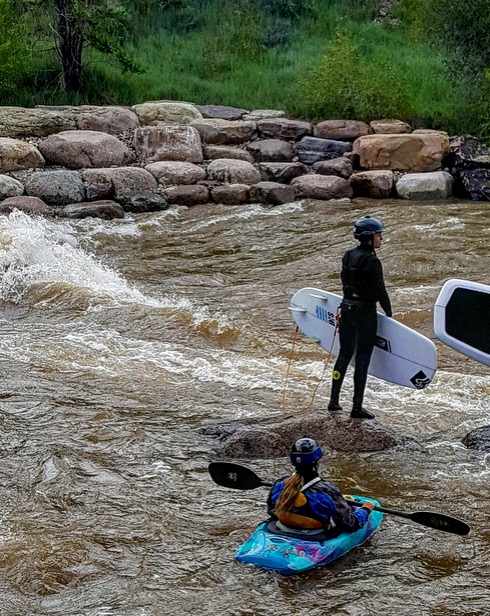 In prelims I got both my spins and my right roundhouse, which I thought was okay for my first time. The next day the river threw everyone a curve ball by coming up so much that they had to change finals to a different feature. The new wave was even bigger and steeper than the first. It was hard to catch and when I did catch it I was flushed off almost instantly. Because of this I didn’t do as well as I wanted but I was happy I got to compete. 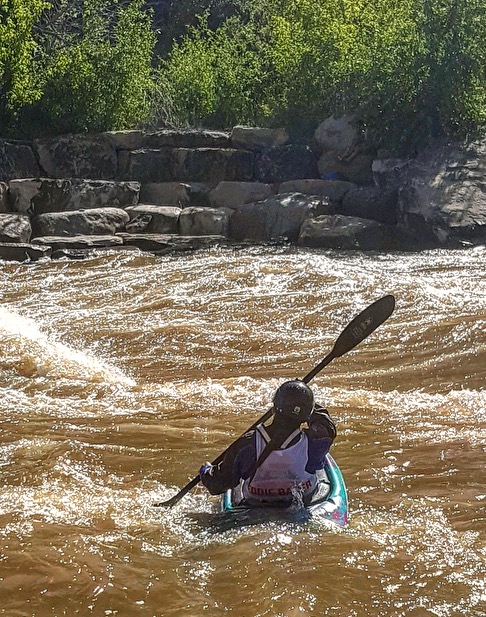 Later that day I participated in the boatercross race. I was nervous, because I had never run the whole whitewater park before, but I was super exited! There was one wave that has a huge hole on the right side of it and in order to get around all the gates you had to punch straight through it. This scared me a little bit but it did not stop me.

The starter counted down “5, 4, 3, 2, 1, GO!” And we were off, paddling our brains out! I rocked the top section and it wasn’t even close to as scary as it looked. I got to the hole, got, stuck, beatered, chundered, twisted and turned but rolled up with a big smile on my face and kept paddling.

Overall I had a blast at the Animas River Days, and I learned that you should never let the fear of big water keep you from paddling.