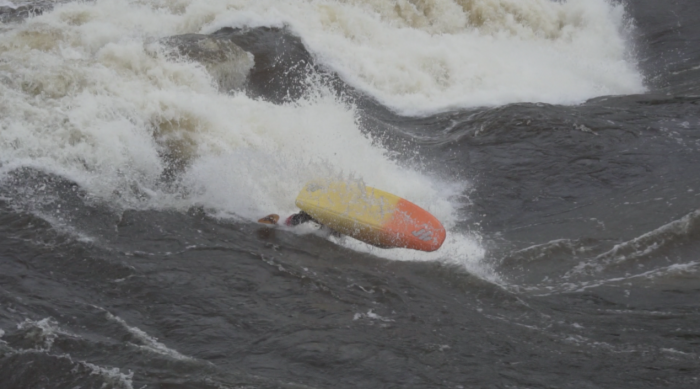 Over the summer, when I went to the Ottawa River for the OKS Keener program, I was introduced to big wave surfing, which I found new and quite appealing! There was only one problem, I was missing so many passes!  When I first started kayaking, I learned in a low volume river, which, consequently, let me play mostly in holes, with the occasional medium-sized wave. This led to me being a stronger paddler in a hole, but at the same time left me unfamiliar with large waves. In other words, I was the kind of paddler known as a “hole boater.” In holes, passes come to me more naturally, because there are not a lot of complex parts of the holes that need attention, like curlers, boils, or raised shoulders or significant toilet bowls (maybe in a super big one), and all of the main challenges with holes are not alien to me. Big waves are more complex to me, because of my lack of big wave experience. Because skipping and bouncing is more important than plugging or pearling on waves, things like boils, curlers, toilet bowls, and raised shoulders become more in play due to the fact that the water is going faster, and everything is larger. I had to pay more attention to this. It is like driving: the faster the car is moving, the more sensitive it is to changes in steering and other subtle movements. Also, not every pass that one will get will be perfect, unlike holes, where, as mentioned before, passes are as close to perfect as the feature allows, and each pass is almost identical because holes are generally more consistent than big waves, though there are a few exceptions  that go either way.

So, when I had the awesome opportunity to surf Mini Bus in July (wuuuuuuh?), and since I was a hole boater, I tended to miss many passes because my brain was telling me something along the lines of “No… not good enough” or “I don’t have enough speed,” etc. In playboating, and more specific to the topic, waves, I learned that I have to work with what I have, and stop looking for perfection in passes. The way to override this mental ideal of a perfect pass is to “go for broke.” In other terms, I have to huck it. Whenever I see that I am at the peak of the wave and about to ride down, I will throw something. It does not matter about the water in my face, or the abnormally high shoulder, or the Sasquatch in parachute pants dancing in my face. I just have to do it. The end result will be amazing, or even make that Sasquatch happy! All in all, my playboating will progress even faster after I break this mental barrier. 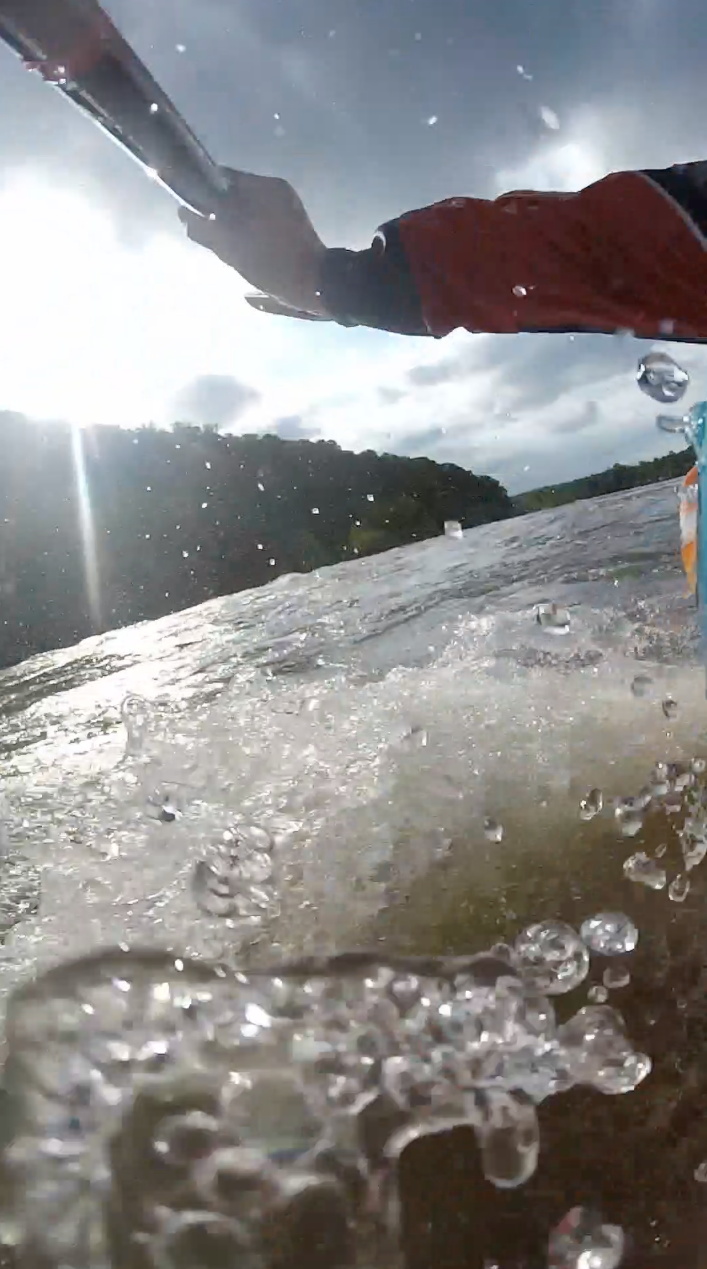