The Upper Yough Race is an annual downriver race that occurs on the Yough River in Friendsville, MD. The upper Yough is a really fun class IV (IV+) section of whitewater that has scheduled dam releases all throughout the summer. People travel from all around the east coast and beyond to paddle the upper Yough during the summer because of its guaranteed flows and fun rapids. 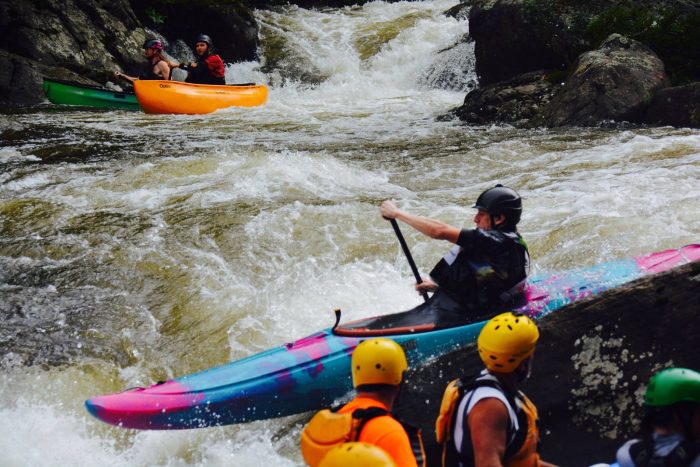 The upper Yough race has been going on for over 35 years. It is a fun race that draws out a wide range of paddlers from top racers to local paddlers. This year was the largest upper Yough race to date with over 70 racers and ~20 women racers. It was really awesome to see so many people getting excited and coming out to try their skills in the race. 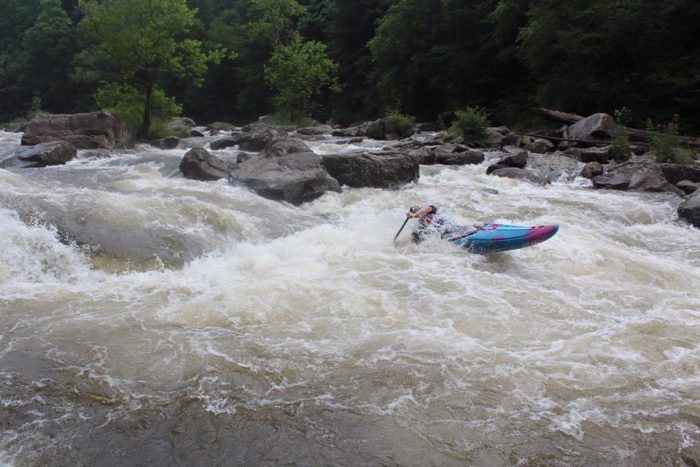 Despite the large amount of entrants to the race there were no other C-1 paddlers so I was set to race against the K-1 long boats. I was paddling my trusty C-1 Jackson Karma Unlimited and really stoked to see how I could stack up against the K-1 paddlers. I had a really clean race run with no spin outs or major mistakes. I have been working on my endurance and physical conditioning this year and I feel it paid off. I was able to better my previous personal best time in the race by about a minute. I finished in 33:35.6, which placed me 10th in the K-1 long class and 12th overall. My goal was to make top 10 against the K-1 paddlers so I was really happy to achieve my goal. 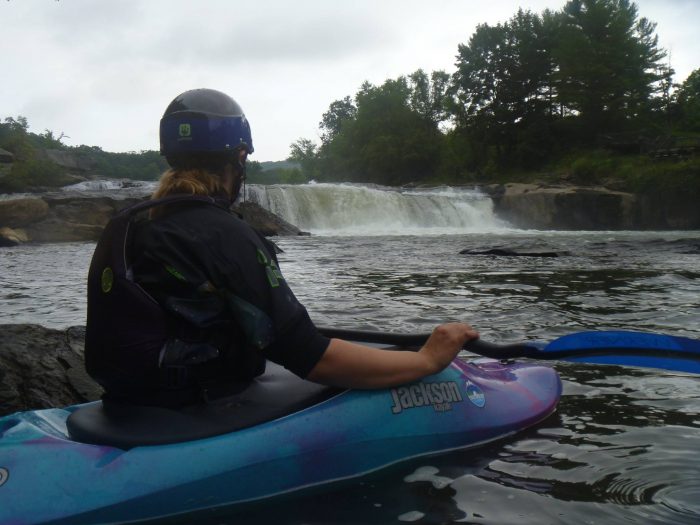 The next day I paddled the lower Yough with a great group of friends including my girlfriend, brother, sister-in-law, and two other friends. The lower Yough is a quality class III run that is perfect for honing in river running skills. My girlfriend spent the day working on her boofs. It was really fun to watch her progress in that area and have a good time trying something new. 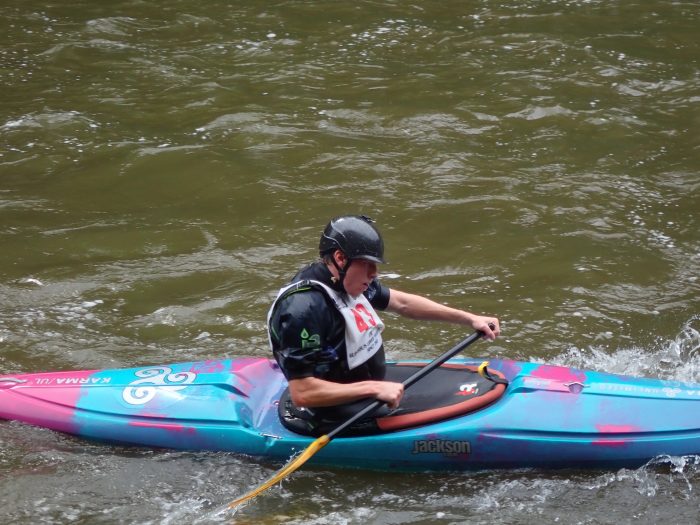 We decided to stop at the seal launch rock because we had a couple paddlers who had never seal launched before and wanted to give it a try. After hanging out and helping people launch I decided I would attempt to seal launch in vertical and do a flat water loop. This is a trick I’ve done before with varying success. My first attempt went too vertical and resulted in flopping on my head. My second attempt I corrected the angle and landed a pretty nice one. Video included below.

For those who know how to loop the seal launch loop is a really fun trick to try. If you attempt it make sure you have a deep enough pool below the launch rock to plug straight in without hitting the bottom. And it is easier to learn off of smaller rocks first. A rock about 3-5 feet off the water is probably a good place to start.

The launch is the first part and is a vital component of the trick. See above for considerations in selecting a rock to launch from. It does help to start small and work your way up. The important part of the launch is to setup a good vertical plug into the pool. I like to push myself very slowly off the edge of the rock to ensure that the bow of the boat does not lift or boof. Also try to ensure that the boat launches completely straight.

The plug is probably the most important to the success of the trick. A good plug will make the loop happen very easily. You want to aim to have the boat enter the water completely straight and almost completely vertical. I try to have my body in a neutral position so that I am prepared to lean back quickly after the boat plugs fully into the water.
If the plug is too flat the boat will flatten out as it enters the water and it will be difficult to flip the loop forwards. Conversely if the plug is past vertical the boat will flip too quickly and likely result in landing on your head without completing the loop. Experiment with your plug angles until the loop feels like it wants to happen naturally.

Once you’ve dialed the plug the rest is easy. Let the boat plug all the way into the water and then quickly lean back to help the boat pop up out of the water in the same manner you would for a regular flat water loop. From here the rest is exactly like completing any other loop. Throw your weight quickly forward and then finish by leaning back to push your feet down. I usually use a loop stroke to complete my loops to help the boat come straight over the top as the forward flip rotation finishes.

Step 4: Have fun and smile!

If you can already loop you know that looping is really fun. Seal launch loops are just a cool and fun variation. Once you dial in seal launch loops on low rocks you can try it from higher seal launch rocks for an added challenge and wow factor. Also, the seal launch loop technique can be used some places on the river if there is a small vertical drop with a calm deep pool. It is possible to plug the bow into the pool while running downriver and do a front loop that continues with downstream momentum.

Hope this is helpful. Like all things, learning this skill will take practice with trial and error. Happy paddling!