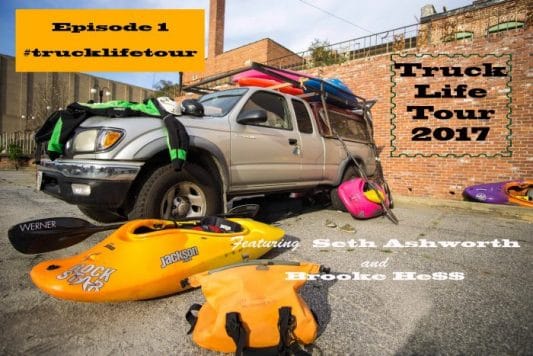 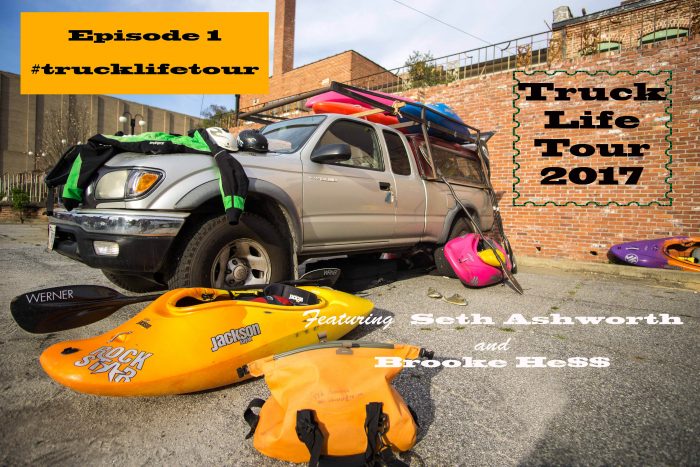 If you are a regular follower of my blog you will know that I was recently in Colombia, Ecuador before that.  But Whilst I had a great time in both of those locations, my Jackson Kayak team mate Brooke Hess called me up and offered me a spot in her truck to cruise around the south eastern USA and do some kayaking.  Since this would be a perfect opportunity for me to do some training in a hole for Freestyle kayak world championships this coming November I moved some things around and hopped a plane.  Well a couple of planes actually.  Since Brooke is based out of Missoula, Montana I originally looked to fly there.  But she decided Salt Lake City, Utah would be a good meeting point as she has a friend who lives there.  From there we would drive cross country our first stop, Rock Island, Tennessee.  Home of Jackson Kayak factory and freestyle Kayak OG’s Stephen and Clay Wright. 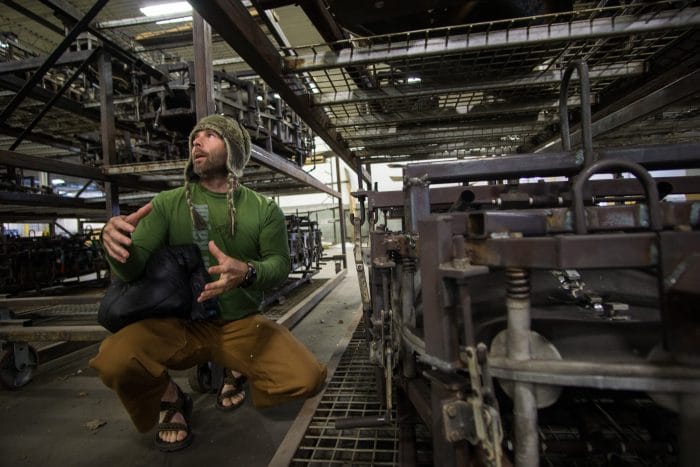 Salt Lake city to Rock Island is a drive of 1700 miles that would wind up taking Brooke and I through many new states over the course of  two and a half days and two nights sleeping in the back of Brooke’s truck.

To set the scene for our story a little better lets take a more detailed look at/in Brooke’s truck.  First off having a truck is SICK and something which I do not have.  But Brooke’s definitely has a couple of draw backs.  The truck itself is a 2003 Toyota Tacoma, Extended cab (two small back seats but you have to climb past the front seats to get to them), 2.5L petrol V6 engine.  Two wheel drive, Sick roof rack, Topper on the bed, Bed built in to the back).  Brooke also doesn’t know when she is going home next so her truck has basically ALL of her stuff in it, add most of my stuff and it is pretty full up in there.

PRO’s first; Great clearance, bomber design of truck, well built, generally speaking this make and model of truck has few problems if any, SICK roof rack, (Brooke sourced this from her local Whitewater rescue Institute in Missoula, they were planning to throw it out!), Topper, built in Bed, great gas mileage (for a truck).

It does have a few CON’s though; No cruse control (this really sucked through Nebraska which is maybe the flatest place I’ve ever seen), no 4×4, 2.5L engine is a bit dinky and we were often getting passed by big lorries (semi’s) and sometimes by vehicles which looked much slower than us, final con and maybe the biggest, the topper is not designed for this truck and is riddled with cracks. Although Brooke has taken the time to fill these cracks and used expanding foam to make the topper fit the truck better its not quite right.  BUT it does work to a fashion.  so thats great.  Brooke HATES when I point out the cons of her truck, like an ostrich with its head in the sand.

After two days of driving, sleeping in rest areas in reasonably cold weather, driving through snow, eating too much gross fried food, and listening to a pretty cool podcast called Serial (check out season 1 its great), we finally arrived in Rock Island.  Clay had left the heater on for us in his trailer and it was SO nice to crash somewhere warm when we arrived at his house just after Midnight.

Our first day started late, being tired from driving is real.  Stephen Wright gave us a tour of the jackson Kayak factory (which was awesome) then we blasted a paddling session at Rock Island with Clay and Stephen.  To top off our epic first day Kristine Jackson invited us for dinner. And finally Nick Troutman & Emily Jackson (who are in Idaho currently) let us stay in their house for the few days we were in Rock Island. Their place is amazing! 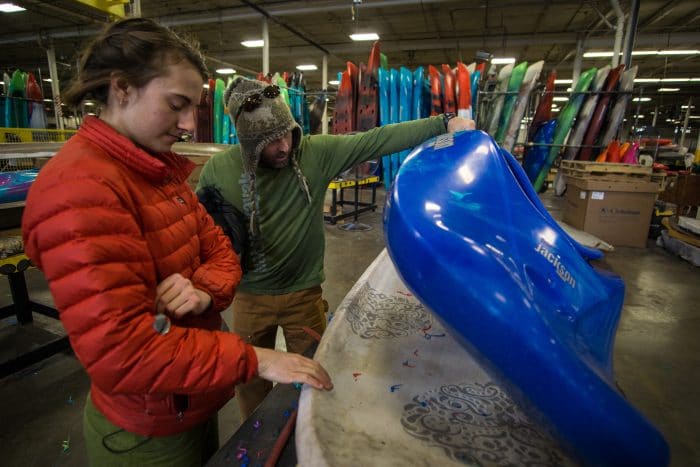 Started going through a few photos from my tour of the Jackson Kayak factory yesterday. Some neat stuff, here is Stephen Wright showing how boats cool in a mould to get the correct hull shape, some even have weights added to ensure they get a flat hull. 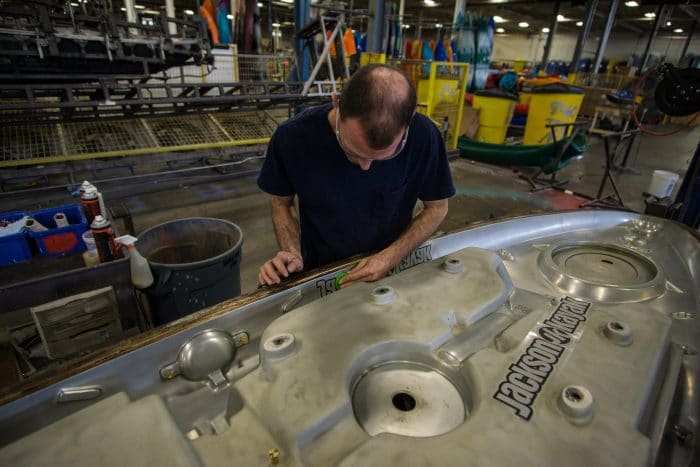 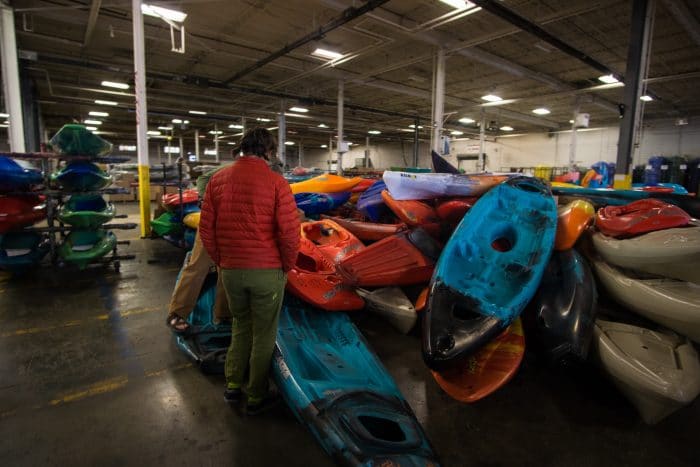 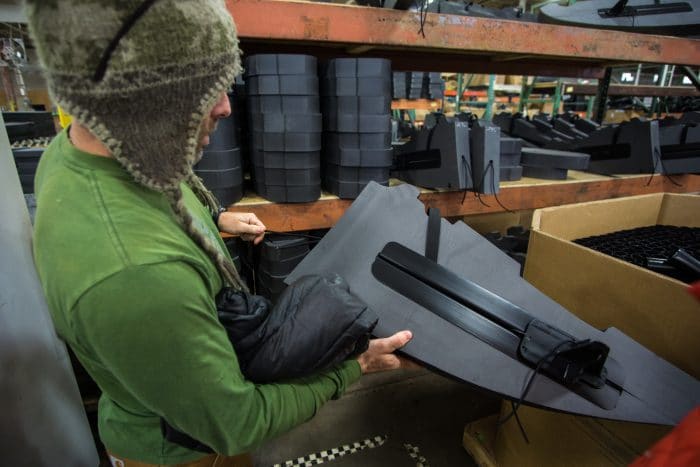 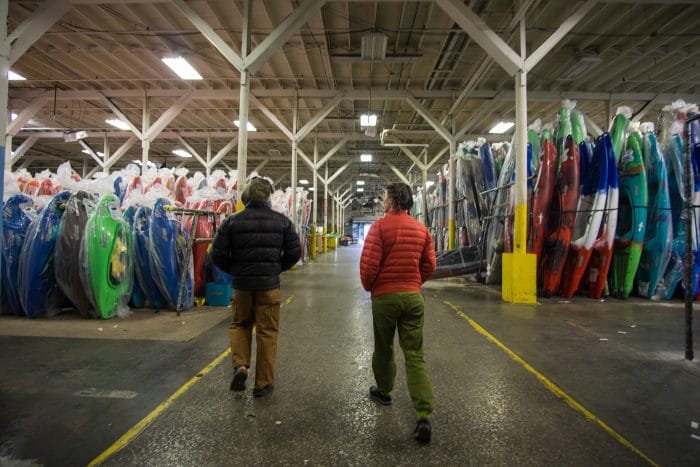 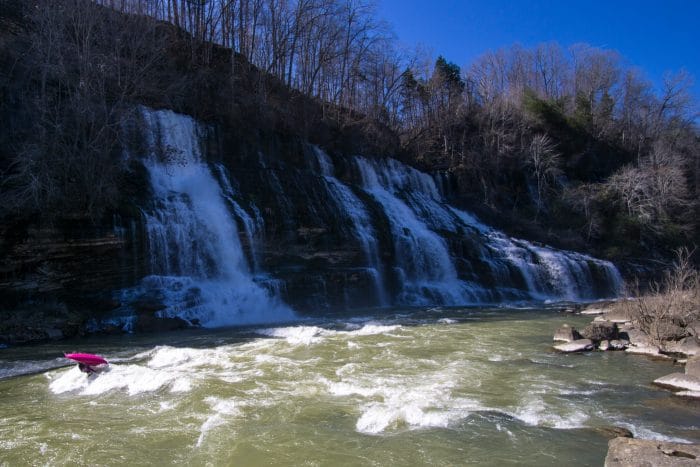 Bluebird days at Rock Island, Tennessee. Not the highest water in the USA right now but still a pretty fun place to be. And it sure is pretty! Brooke Hess sending a sweet Front Loop on the top wave here. 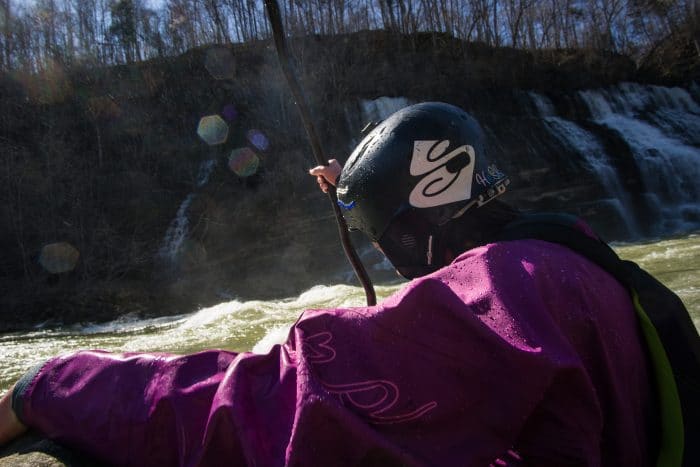