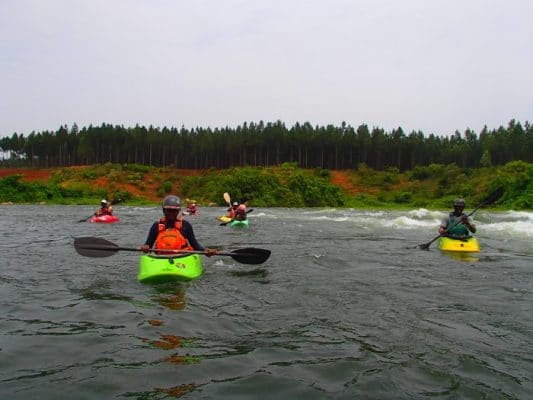 Though most people associate kayaking events in Uganda with the Nile River Festival which happens every January, this year, friday the 24th of February was the Ugandan Freestyle Championships. It was also the team selection for the Ugandan Freestyle Team which is hoping to compete at the World Championships in Argentina this Fall. Even though Uganda is known for its incredible wave surfing, it does have amazing hole boating as well and in a variety of sizes and shapes! 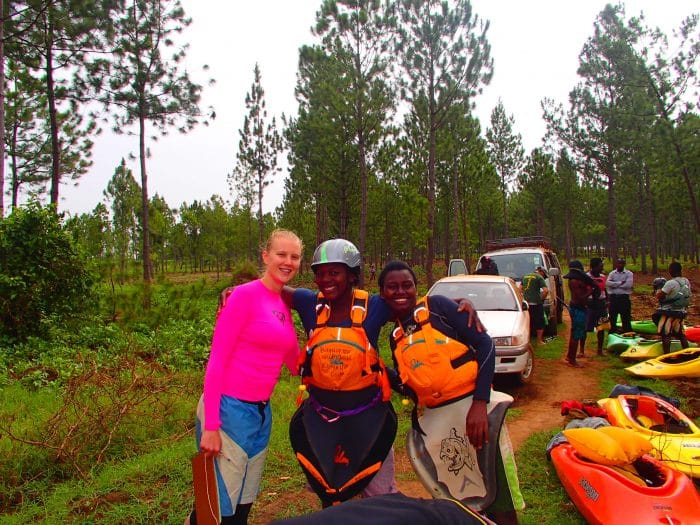 The competition was held at two places, the hole below Itanda and Super Hole. Happily, water levels cooperated and Itanda hole was a perfect level for all hole moves. Super hole proved to be great for hole and wave moves. The two different styles of feature definitely test a variety of skills which all competitors got to show off during the competition. Sam Ward organized the selections and Hannah Da Silva ran the event assisted by Emily Ward. Besides volunteering her medical skills at the Soft Power Health clinic full time, Dr. Hannah is also managing the Ugandan team and in charge of helping them raise enough funds to get to Argentina for the Worlds. This is no small feat, that is for sure! 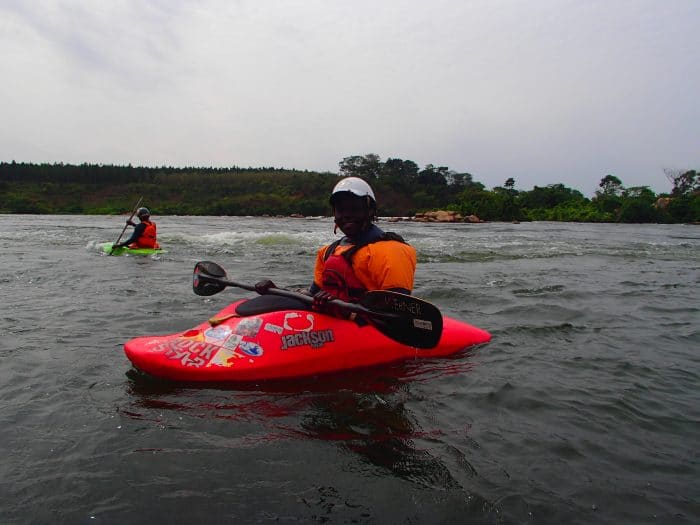 Paddlers Alan Ward and Craig da Silva participated in the selections and as did I. We competed in one giant heat of men and women mixed together which was quite fun and also inspirational to see what the other paddlers were trying and doing. The two Aminas who have been mainstays of Ugandan Women’s paddling for a number of years now both competed. As I have watched their paddling improve over the years, it was very fun to be out there with them. They have really learned a lot despite a number of challenging issues that prevent them from having much free time to practice their freestyle skills and being somewhat limited by the gear they have. On that day, their rides improved a lot as the competition progressed. Just learning the skill of how to compete is something that most Ugandan paddlers do not really have the chance to do. Most to the time, their stints on the water are work related and not free time when they can practice new skills. 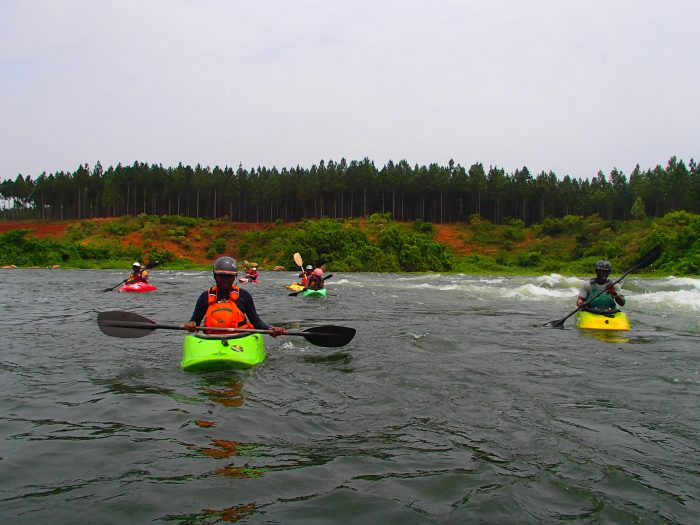 The men’s field of paddlers is getting stronger every year, and it’s exciting to see that. Out of 14 competitors at this year’s Ugandan Champs, 11 were men and 8 were Ugandan men. Three of the Ugandan men, David, Sadat, and Yussof had been on the team before and competed at the World’s but there was good rivalry from all participants for the team spots. In the end, Sam, Yussof, and Sadat took the top team places with David Egisa in the reserve spot. Amina from Nalubale took the first woman’s place and Amina from Adrift took the second. Overall, the event was lots of fun and besides being excellent hole training, it was great to paddle both spots in one day! 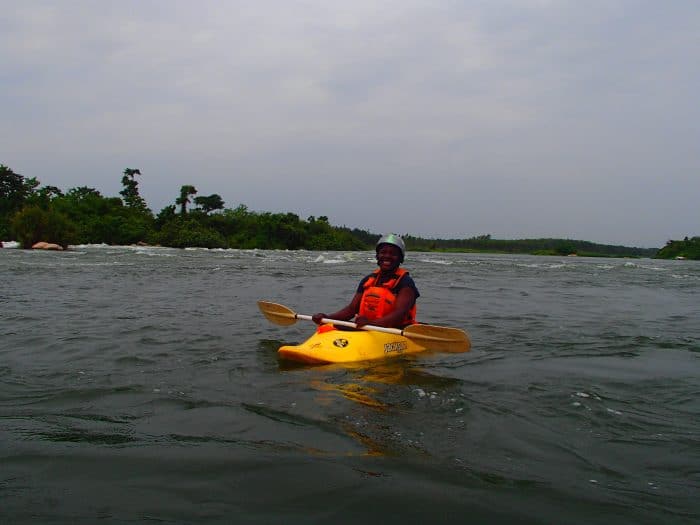 Congrats to all the Ugandan team members and if you have any spare cash lying around that you’d like to use for a good cause, please donate to it to helping the Ugandan team get to Argentina – every little bit will help and check out the Ugandan Freestyle Kayak Team page to see how you can send the money where it needs to go. Happy paddling!!