In late July I had the opportunity to paddle my first overnight Tuolumne trip since the Rim fire of 2013. I had heard stories of a burned out canyon, fallen trees, and sediment filled river. I also heard stories of poppy fields in the spring and golden hills in the summer similar to the Tuolumne of old. 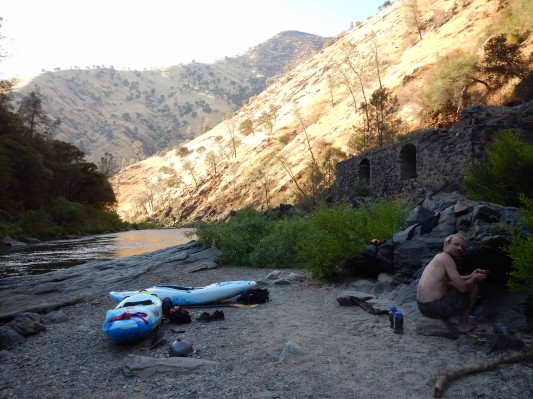 My girlfriend Haven and I headed down Lumsden road and soon realized that all of the stories were true. The river was filled with sediment. Sections of the canyon, were burned beyond belief. Yet other sections, looked as if the fire had never occurred. A testament to the fire fighters hard work. Hero’s one and all. 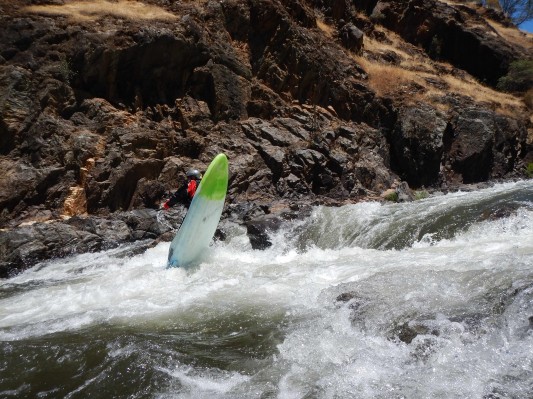 As we set off downstream from Meral’s pool, the magic of the Tuolumne took over as it always does. The T is known for its ability to draw a paddler into its depths leaving the real world behind. 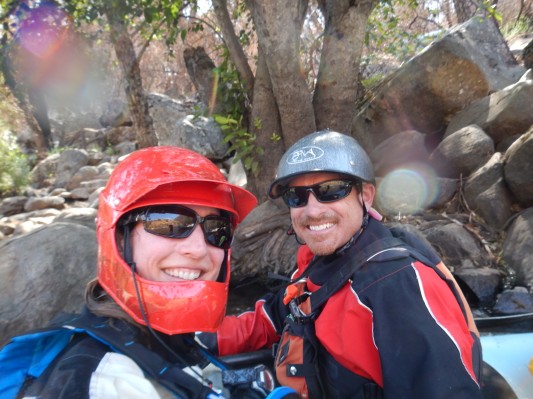 We took our time paddling downstream so we could absorb the contrast between the burned and non burned sections of river, but the Clavey was calling for us to explore its glorious swimming holes. After hiking and swimming the day away in the Clavey, we headed downstream and found camp waiting for us at Power House. 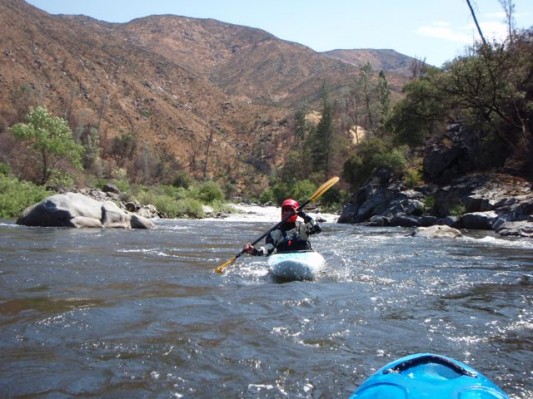 The weather was perfect. We lounged in the shade, swam in the river and enjoyed a classic T sunset. While paddling out the next day, the fire burned canyon retreated behind us leaving us with the classic golden hills of summer. The Tuolumne River may have suffered from one of the worst fires in history, but it still thrives with golden hills, rolling oaks, towering pines and a river that is hard to beat. 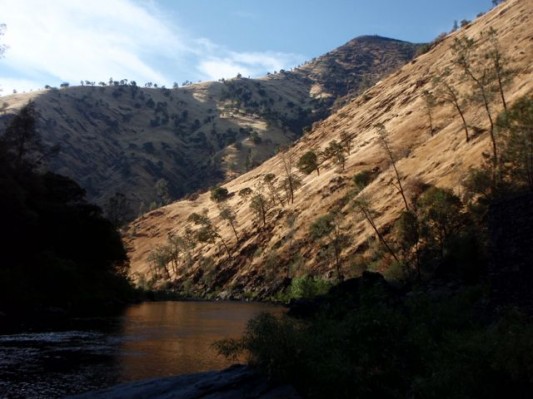 So, if you are waiting for the Tuolumne Canyon and River to return to its glory of old, you have already waited too long. The glory of the Tuolumne never left and it never will.
Phil Boyer
Team Jackson