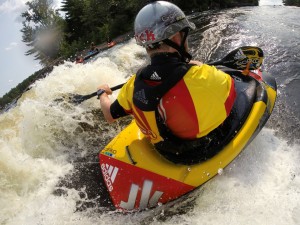 Corner Wave is one of the best features on the Ottawa river, though being that it can be a bit tricky at times, and sometimes can randomly flush you it is rarely the location for a large scale event. This year we decided to change that and start the annual Corner Wave Classic.

It was a simple style event, you show up, put your 20 dollar entry fee into the pot and winner takes home the cash. It was a uni-sex class and the women, jr’s and men all competed together.

For our first year we had a great showing with 13 competitors of world class athletes and locals alike. It was a tight round of prelims though the top five was obvious. The finalists were Clay Wright, Emily Jackson, Dane Jackson, Devyn Scott, and myself. Emily Jackson showed that she can play with the big boys and was sitting in 4th after prelims and beating her dad with some big tricks such at the Clean Blunt and Flashback. After the finals rides the order took a spin and Devyn Scott pulled it off on his final ride and took home the cash.

The full results were: 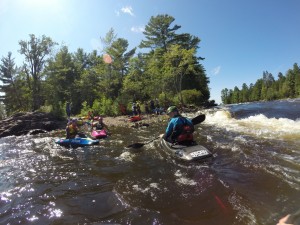 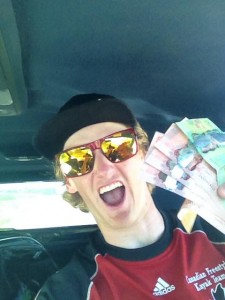