Back in the Saddle

It was a long off season for me. In October I purchased a house and coupled with the cold winter that was hanging around in the Northeast that meant it had been 7 months since I had been fishing from my kayak. Back in April I had taken delivery of my new Cuda and as the J-bay Tournament was approaching I had barely rigged it let alone had the chance to get her wet. 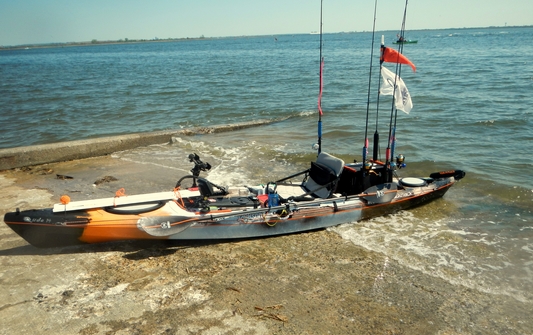 I took an extra day off work just prior to the tournament and finished rigging her. The weather outlooks for the weekend looked pretty bleak, but for those of you that have fished the Kayak Fishing Classic at J-Bay know that a little wind and rain is par for the course. This year we had a plan to deal with it and there was no way I was going to miss the chance to get back out on the water. 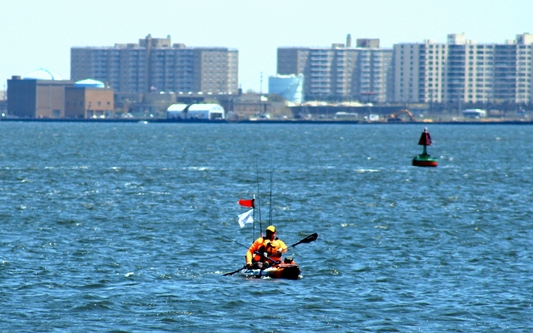 I met up with some friends in Connecticut and we managed to get through New York City before the traffic really got bad. We immediately rigged up and headed out into the bay to see what fish were around prior to the storm arriving. We didn’t find much in the way of Striped Bass but there were plenty of large blues and after my prolonged layoff I was more than satisfied with the steady action of yellow-eyed devils. 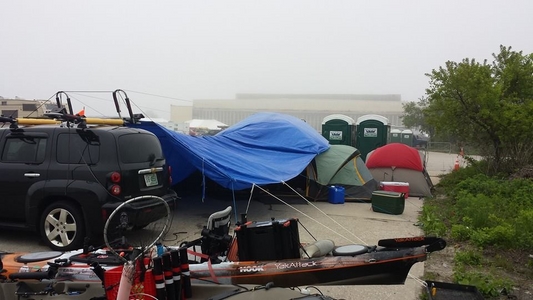 Upon arriving back after a morning of fishing we quickly worked on setting up our camp and created a wind block by stringing a 40’ tarp up between 2 cars and erecting all of our tents on the leeward side. We were hoping this was going to shelter us from the predicted 20+ knot winds that were predicted to arrive with the storm on Friday. We then relaxed and had a steak dinner while telling some fish stories and hoping the meteorologists were wrong about what was coming. 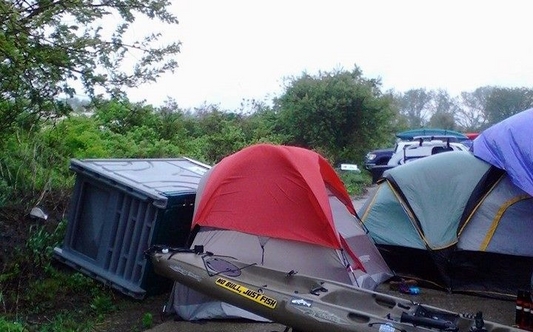 This port-john blew over unto a friend’s tent. We did push it off of him before snapping the picture

The next day we woke to the howling wind and small craft warnings and knew that there wasn’t much fishing that was going to be done that day. We cooked up some breakfast and prepared for what was going to be a day of waiting out the storm. Well of course the meteorologists were wrong and the wind built up and was soon pushing 30 knots and stuff started to fly. Luckily our wind break held and we spent the day enjoying some adult beverages and telling stories. 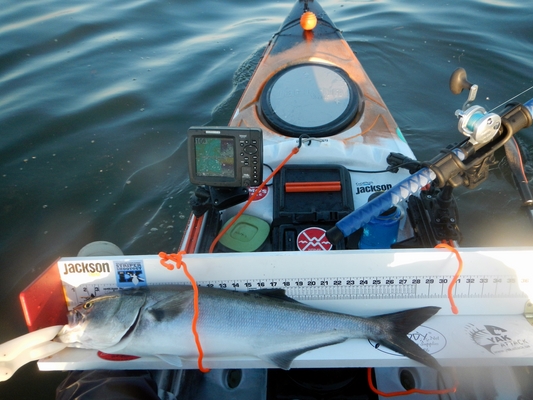 The next morning we work to clearing conditions and headed out into the muddy water to see what fish we could find. The blues were still abundant and where I think I was marking some stripers I could convince and of them to eat what I was offering them. I finished the weekend catching more blues then I could count including several well over 30”, but never did find a striper, fluke, or weakfish. It was still great to be back out on the water and getting to hang out with some great friends.