A couple of weekends ago I fished the NEKF Striper Shootout X with my son Ryley. At 13 this is the third year in a row he has fished the tournament with me and we were looking forward to yet another fun filled weekend out on the water as well as hanging around the campground at Winter Island Park. We arrived on Thursday afternoon, a day early, to get set up and relax so we could do some pre-fishing Friday morning before things got busy on Friday evening. We met up with some Cuda paddling friends, Val and Jack, which we were sharing our campsite with. We quickly set up our camp relaxed some and made our plans for the morning while catching up with a lot of old friends that also arrived early. 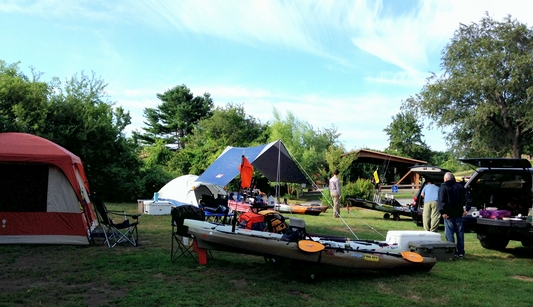 Friday morning arrived and we launched after breakfast to see what we could find. This was the first time we had fished the waters around Winter Island since last year’s Shootout so we didn’t have much in the way of current intel on where the fish were going to be. We did some searching and found some fish but they were all less than 25”, and no pattern or consistency really developed. We headed back to the campsite and got some rest before getting ready for the captains meeting at 5:00.

By the time we finished the captains meeting it was after the allowed fishing hours for the Junior Division so we headed over to Big Boy’s Grill for some food and finalize our plans for the next morning. Our alarms soon went off at 0-dark 30 and we got up and downed some coffee before heading to the ramp. We launched as the sky started getting light with the plan to fish some areas where we had some luck 2 years prior. We were on fish pretty quickly as we found an abundance of 20”-25” stripers feeding on the outgoing tide as well as a 27” one I picked up. The action was good but none of these were likely to be wining fish. 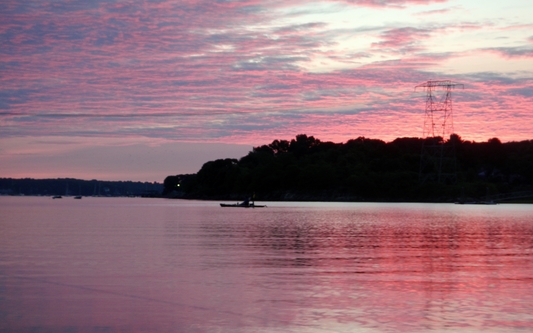 We took a break and traded some intel with some friends and decided to fish some under a bridge before calling it a morning. On my first pass pulling my Butchie Built tube past the pilings my rod tip plunged and my kayak turned sideways as the drag started going out. The current was briskly moving at 2.5 knots and my initial reaction was I had just snagged a piling. But then my line started to move sideways and I knew I had hooked a good fish. All I had to do now was keep her out of the pilings. To keep her from getting more line I locked down the drag on my Avet as she started dragging my Cuda back into the current towards the bridge. About 10’ short of the bridge I had managed to reel in my kayak over her and made it a vertical battle taking away her leverage to be able to swim towards the bridge.

This was putting more stress on my tackle then I normally would have applied, but my Fins XS held strong and it wasn’t long before she turned down current and the battle moved into deeper water with less obstructions. After a few minutes of playing an up and down yo-yo game, I brought her to the side of my Cuda and lifted the 40” fish onto my lap. 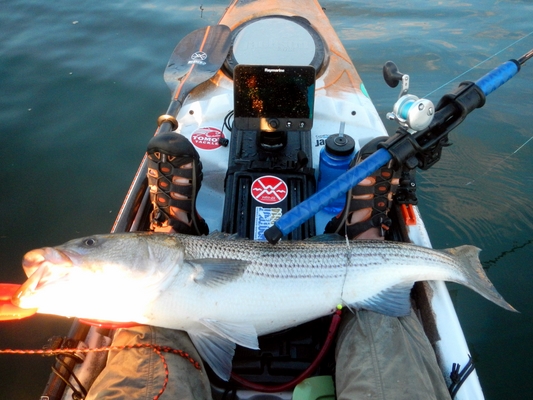 The next few passes through the bridge landed me a couple more 27”-28” fish, but Ryley was only catching 20”-22” fish before the bite turned off and the fish disappeared from my sonar. We headed back to the campground to get some breakfast and take a nap before planning our evening trip. When we arrived back at camp we also realized Ryley had some camera issues and he had no evidence of any of the stripers he caught that morning. 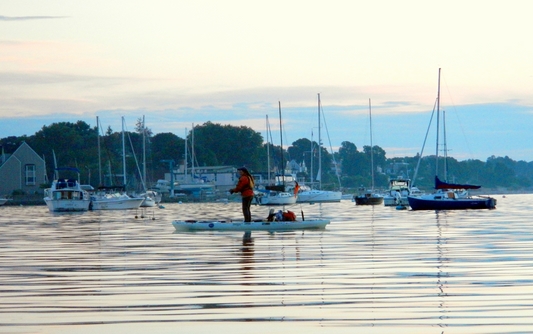 After trading an afternoon of stories back at the campsite we headed out to see what we could find as the sun went down. There were not as many fish feeding as there was in the morning and I landed nothing that would upgrade me. Ryley had no luck and heading into the final morning he did not have a fish on record. Upon arriving back at the campsite we found that our friend Val had landed a fat 29” striper on the fly. We enjoyed some of the evening festivities and got some sleep in hopes that there would be more fish around in the morning. 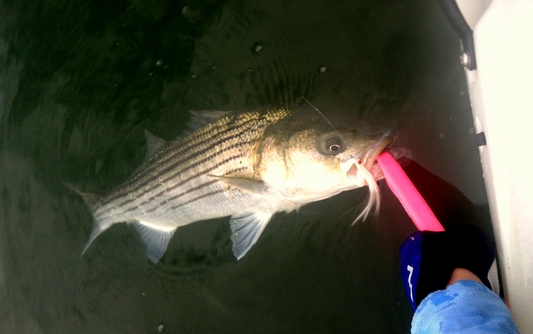 We launched again as the sky filled with light and doubled down on the areas where we found success the previous morning. The big fish were nowhere to be found so we headed farther up the river and explored a mud flat we had never fished before, and found some fish feeding. Ryley soon had a 25” and 22” fish in his lap before we ran out of time and headed back to check in our fish and get ready for the BBQ. 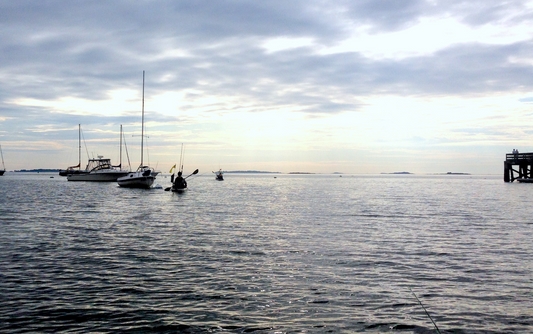 Back at the BBQ and awards ceremony there was talk of a few big fish but there weren’t a lot of them and it was looking like all 3 of us might end up in the top 3 of our Divisions. When the awards were handed out Jackson had placed in 3 of the 4 Divisions with Val placing 2nd in the Fly Division, Ryley placing 2nd in the Junior Division and my 3rd place finish in the Open Division. Our Cudas and Werner paddles had served us well as we had spent 30 hours on the water over the 3 days and easily covered over 40 miles in search of fish.