The AWFC, is not your average fishing tournament. It’s an endurance/fishing tournament that will test your mind and body. To some it up quickly, your team of 2 anglers is given a map at the start of the event. All 50 teams open the map at the same time. No one gets to see the map before hand. It’s up your team for navigate to each checkpoint. At each check point you are given a token. You are not allowed to fish until this token is in hand. You fish around that checkpoint and return your token after catching a fish or moving on to the next checkpoint. You must hit at least 3 checkpoints and catch a fish at each one to qualify. 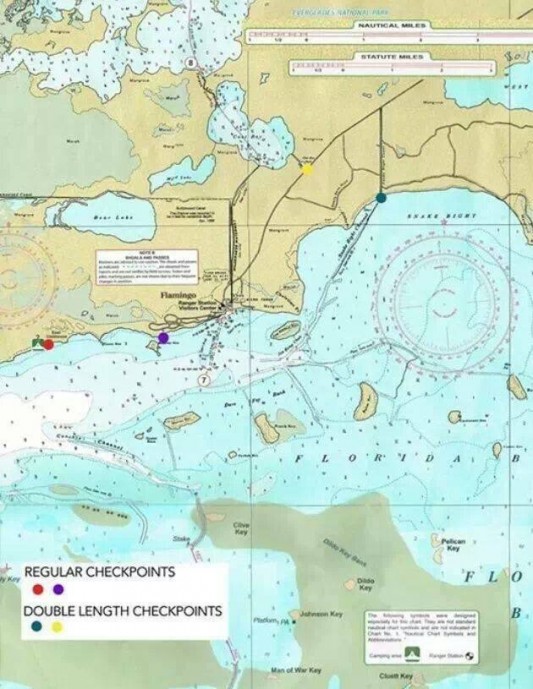 The beginning of a great weekend 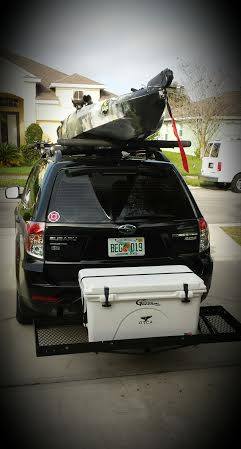 On February 21,2014 I loaded up the Jackson Cuda along with all my camping gear and headed down to Flamingo. Flamingo is located in the Everglades National Park. After a short 5 hr drive I arrived at the park where I met up with the rest of anglers that were fishing this event. I quickly set up camp and unloaded all the gear and then started looking around for my team mate. My teammate Casey Brunning from Louisiana was no where to be found. He was reported to still be out fishing. Come 8 PM Casey and some other members of the F’iN Crazy team come walking up to camp. They had been lost in the twist and turns of the waterways of the park. They actually left there kayaks in the woods and walked out several miles. They quickly ate some dinner and headed back to retrieve their kayaks. While they were gone the rest of us enjoyed some good BBQ cooked in the Orion cooker. If you haven’t had BBQ cooked in a Orion your missing out!

I woke up on tournament day early at 4:30 to find my teammate has still not made it back. At this point I thought that I was not going to be able to fish the event. Shortly after they made it back to the launch. They had been out all night trying to navigate there way back to camp. 2 of the anglers dropped out of the tournament at this point do to exhaustion. My teammate was a trooper and did not back out. We opened our maps and headed to our first checkpoint which was the purple on the map. Our goal was to target the easiest fish on the flats, Spotted Sea Trout. We both knew what we were looking for on the flats. We went strait to a depth of 4-6′. About 20 min into it Casey landed a nice Trout at 19.5 inches. We quickly returned our token and headed to our second checkpoint. After what seemed like a 2hr paddle we arrived at the Blue Checkpoint. Which was also a double checkpoint. This is where we needed to score a good fish. It seemed like everyone in the tournament had the same plan. there were anglers everywhere. This made it tough to fish. We were getting beat down at this point. I look over at my partner and notice him laid back ,hat down over his eyes sleeping. I thought we were giving up at that point. I paddle over to wake him to ask if we were throwing in the towel. He casts into the middle of the channel where 1000 casts have been placed previously and hooks into a nice Snook. The Snook went 25 3/4 inches. But this was a double point checkpoint so that fish gave us 51 1/2 inches. This was a second wind. We were fired up now. We knew we still had a shot at winning this event. We looked at our map and headed to the yellow checkpoint.

After portaging our boats from one side of the damn to the other we realized we would never make it to yellow and back in time to make weigh in. We took one last look at our map and realized we made an error. We read the map wrong. There was a closer checkpoint. So we portaged back and headed that direction. We made it to the red checkpoint with what we figured only 10 min to fish before we had to leave. All we wanted was a small trout so we could qualify. I hooked a dink trout and lost it boat side. At this point I thought it was over for us. If we didn’t catch a fish in the next 3 min we were going to run out of time. I tide on a gulp shrimp and put it under a popping cork. I threw out and hooked up with a nice 21″ trout. As I went to land the fish it jumped past my net and landed in my kayak, it then jump out of my kayak and I missed it 2 more times with the net. This fish should have spit the hook. I feel someone was watching over us on this day.

After a quick photo we started our trip back to the finish line. Casey and I paddle like mad men. Casey was peddling and paddling his boat at the same time. First time I have seen that, LOL .We made it to the finish with 10 min to spare. Our minds and bodies were exhausted. We had paddled over 21 miles and caught fish at 3 checkpoints. Only 3 teams of 50 accomplished this. 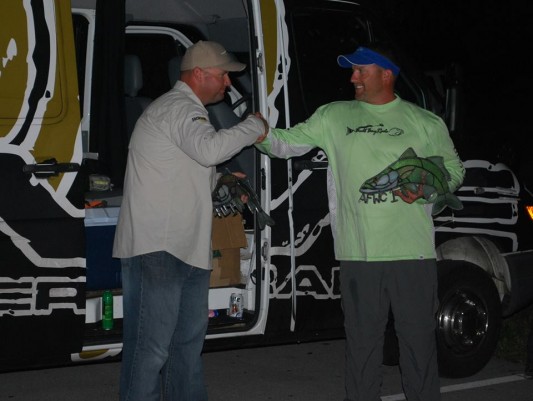 I could not have asked for a better teammate. Casey Brunning is a BEAST!! To stay out lost all night in the Glades and then paddle another 21+ miles the next morning is absolutely crazy. We did not argue once throughout the day. We both knew what our job was. This is what it takes to be a competitor in this event. If your going to fish this event in the future choose your partner wisely.

Casey Brunning and I took 1st Place in the 2014 Adventure Fishing World Championship. And we plan on competing again next year. Congrats to all the anglers who placed in this event. 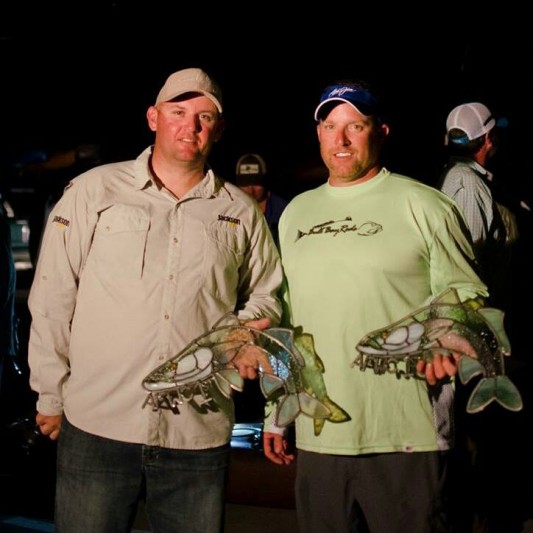 Thank to the guys at Native for putting on this event. I would also like to thank the companies that helped me throughout the last few years.

Special thanks to to following companies: