River of Life & the Flow of Time 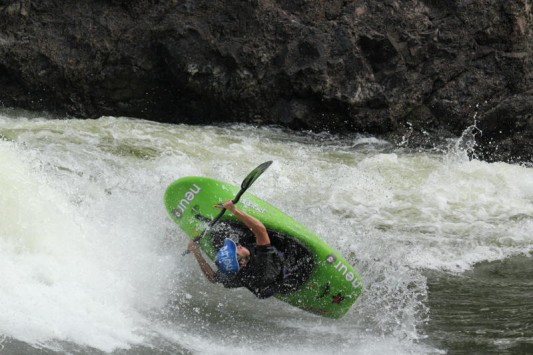 I breathe in deeply and close my eyes to calm the flow of thoughts in my mind. This is my last ride of the entire competition. I am sitting in 5th, the lowest position I could be in the finals. This is my last chance, but no matter what I have already succeeded. All expectation, fear, doubt, suffering, ego and sadness fall away. Nirvana is my experience. The head judge gives me the thumbs up. I begin paddling out of the eddy and just before I drop in I let out an exultant roar. Then I hit the whitewater and the controlled chaos begins. 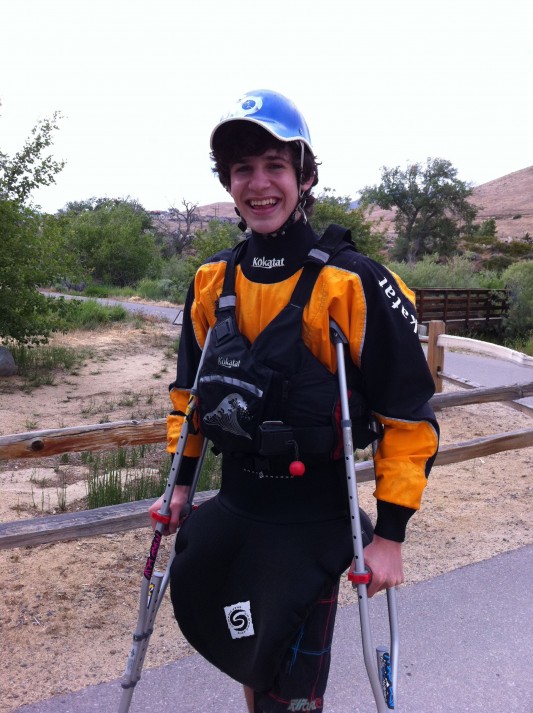 Reverse the flow of time. Let it pour backward, like water running upstream, and stop three years prior. The moment is on September 6th, 2009 around noon in Thun, Switzerland. The setting is a neon blue river wave that forms in the outflow of an old wooden dam covered in flowers, under an ancient castle that is only bested by the majesty of the Swiss Alps towering above. Around me are the four best junior paddlers in the world from Spain, France, Australia and the United States. This place and time is the kind of dream that dreams wish to be. I had just won the Jr. Freestyle Kayaking World Championship. I was sitting in the eddy under the grandstands when it was announced that my first ride had withstood the three rounds of other competitors trying to top it, and I was the new reigning Jr. World Champion. The crowd in the stands above me erupted into cheers and I could feel the vibrations emanate down through the supports I was holding onto and send small ripples out into the water. Electrified, I pulled hard on the supports pushing me into the main current and I dropped into the wave with the biggest smile of my life. I threw trick, after trick after trick until the buzzer went off to notify me that my ride time had finished. I could hardly care and kept throwing tricks until my best friend Dane, who had won silver, came to surf with me. I stayed on the wave just long enough to exchange a high five before I peeled off and headed downriver. That was the last time I had competed at an international event. The dream fades, as the river gets deeper and darker.

Time flows downstream. I am standing directly at the base of Victoria Falls, Zambia, as the sheer power of the place overwhelms me. Few people have stood where I am now as the only way to get here is by kayak. The gorge walls are black primordial rock that has slowly over the course of time given way to the erosional force of water. The sky is a sliver of misty blue that only just shows between the four hundred foot tall gorge walls. The water pours in from all around giving the impression that the gates of heaven are flooding. In a place like this the truth of our insignificance towers around you, pours in far above your head, deafens your ears, whips your eyes and fills your being with the nature of beginning-less existence. These are the moments I live for. I walk down to my kayak and begin paddling rapids so large David would be hesitant to confront this Goliath. Above the rapid 12b I pass a dead body, bloated, swirling in the eddy line. He met his end in the waters of this river, eventually to be food for the crocodiles and fish. I ask myself “will I?” A few days later after running one of the most difficult and purely terrifying rapids on the river, number 9, I was chased out of an eddy by a crocodile. That was the most scared I have ever been in my life, and the hardest I have ever paddled. Here in this place time exists in an unaltered raw state, unmerciful and utterly brutal. The fact of our weakness and death is painfully honest. If you wish to survive this river it is best to make peace with this truth.

Now all time falls away. I sit in my kayak in an eddy above an intimidating horizon line at the edge a waterfall. I breathe in, close my eyes and meditate on my line. In my mind I peel out of the eddy, get river right, square up with the lip of the falls, take my final stroke just as my boat goes past vertical and then wait for the hit of impact at the bottom. I open my eyes and put my visualization into reality. I paddle out of the eddy, get river right and float over the lip. From the top of the falls I look down from my vantage 30’ bellow and time stops, frozen. The moment ends, then I begin falling. I take that final stroke on my way down. I wait for the hit but it never comes. Next thing I know I am out of my boat at the base of the waterfall being churned like a rag doll in the violent current. I try to swim but my legs won’t kick. I wait for what feels like an eternity until I break the surface and to my horror my legs float up next to me. I had shattered my lower spine, pelvis and spinal chord basically detaching my legs from the rest of my body. Pain beyond words shoots up to my brain and begins tearing at the core of my being. Time becomes my enemy as it locks me away from my pure existence of paddling and I am only able to endure agonizing moment by moment for what seams like eternity.

The next year time did not treat me well. It felt like my life had been stuffed at the bottom of a horrible sieve. The current pushing me deeper and deeper, unable to move, lungs burning for air as I see the light of the surface fading away and I am trapped waiting to die. My existence was pure suffering. I endured a six hour surgery where the doctors removed the shards of bone out of my spinal column, putting each nerve back into place and then bolting me back together again with 20 screws and rods, most longer than 6”. The metal stuck out of my back by an inch or two and I had turned into a living Jasonenstein. I couldn’t feel anything beyond the tops of my thighs and after six days of rest I just barely managed to take one step from my bed to a chair. I maxed out on painkillers and neuropathic painkillers and still it was not enough to fight back against the heavy torture. Then over time I fought back. One step turned into two, then four, and eventually I didn’t need a wheelchair and graduated to crutches. When the first catheter came out I refused to learn how to use one so that my only option was to re-train my bladder to function again. The months wore on and eventually I was out of the hospital. The real work had only just begun. Every sensation, every muscle I gained back I had to fight for, as it would return with excruciating nerve pain that would feel like burning, stabbing, needles or full electrocution. Eventually the battle started occurring in my mind where I would have to confront the pain to not let it dominate me, and ultimately accept it positively as a healing process. Three times a week for a year I religiously attended physical therapy, acupuncture, deep tissue massage and other treatments to piece my body back together. Then one year after my injury I had the hardware removed from my spine. Two months later I was back in my kayak. Nick and Dane came out to visit in early May and I had the most fun I have ever had kayaking with them simply happy to be boating and with my heroes and best friends. Time eddies out into the main stream of life again.

Here I sit a year and a half later. I breathe in deeply and close my eyes to calm the flow of thoughts in my mind. The head judge gives me the thumbs up. I begin paddling out of the eddy and just before I drop in I let out an exultant roar. Then I hit the whitewater and the dreams I had been visualizing of kayaking for the past year to focus my mind off of the pain were realized and actualized. Beautiful trick after trick all flowed together into one of the best rides I have ever had. The time buzzer goes off and I feel nothing but gratitude as I peel out of the hole. My score is announced and I move up into 2nd place with the best freestyle kayakers in the world. It feels surreal, like living a dream. Dane drops in throwing the best ride yet moving into first, and me into 3rd. Finally the second place contender, Peter Czonka from Slovakia, threw down the single highest scoring ride taking back his gold medal spot. Later when I receive my medal and stand on the podium I let out another thunder of happiness for being so fortunate to be a kayaker alive and freely floating downstream in the river of life, again. 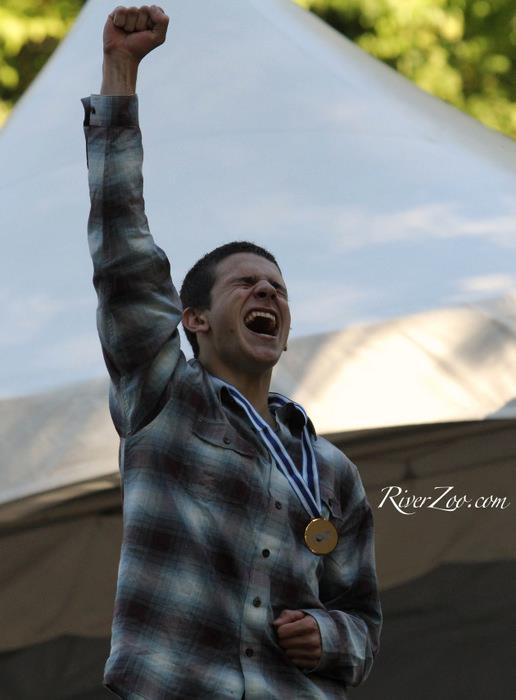 There are so many people I am grateful to for all of the support this past year to get me back to my dreams. Thank you to my family, friends and anyone who showed the smallest act of kindness, to everyone who donated to my recovery fund. Also a special thank you to the Jackson family and the team for being like extended family and the highest source of inspiration in my life. Lastly a massive thank you to everyone who contributed to give me the most amazing gift I have ever received at World Cup, a carbon Rockstar. Eternally, thank you!