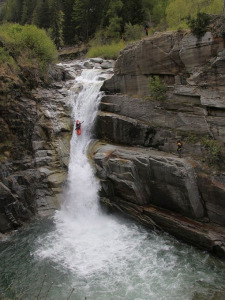 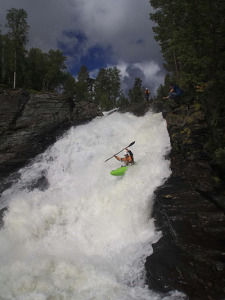 I have started kayak at the age of 10 in the club at Saint Pierre de Boeuf. I have been very soon driven to like this new coming up sport, the freestyle kayaking. At 18 I was a participant in almost every competitions from the “free kayak tour” (French Championship) and discovering at the same time the world of the high river during a trip to Norway. It was the starting point of an unfulfilled quest, to hang more and more beautiful rivers as trophy on my hunting board. This quest led me to countries as different as Italy, Austria, Ouganda, Ecuador, Canada and Columbia. At the same time I joined the Jackson France Team and was sponsored by Kokatat,Werner Europe, System X and Fasboa. After several expeditions in Colombia, the Colombian people have dubbed us « No Pasa Nada », now it's our name!!!!

I can give informations about of West Europe, Uganda, Canada (Quebec), Mexico. In South America I know very well Colombia, Ecuador and soon on Peru, Bolivia...

My biggest adventure is my first expedition:

Four days in a Colombian jungle without aqua, food and equipments for sleeping with Val Bernard. For resume one day of portage of kayak, one day of nice kayak class IV V with several gradients of more of twenty meters. And 2 days of walking in the jungle and near of the river. For finish we find a little hut of gold washer. He gives us at eat and we show a path for return at the hotel.

Off the water I finish my studies so I working in the wine and the environment for have the money for travel in the entire world. I have several projects for try of associate the kayak and my job.
My philosophy is live day to day, never regret be always happy and make always more of kayak.

At this moment, I have a Rockstar M 2014, Karma M and L for the expeditions. 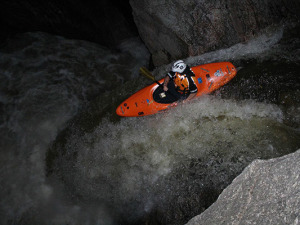 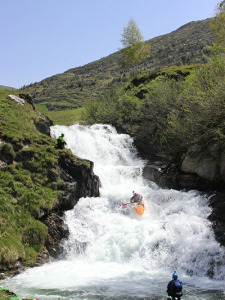