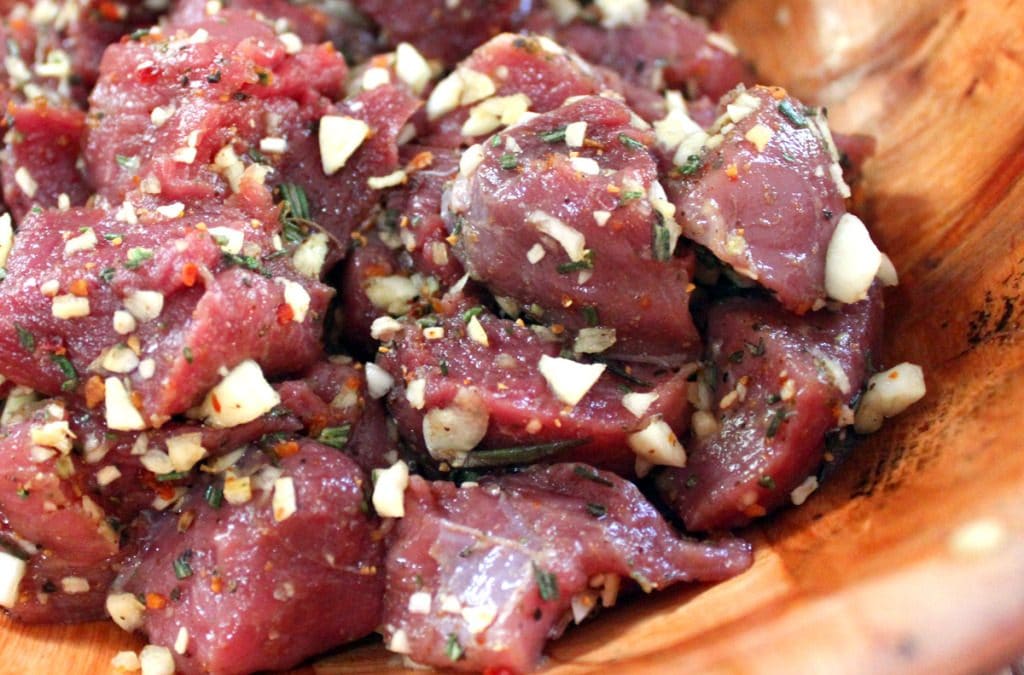 If you’ve got a venison backstrap or tenderloin in your freezer, get to thawing (alternately: get to hunting!). Create something delicious for your family with a few simple ingredients. 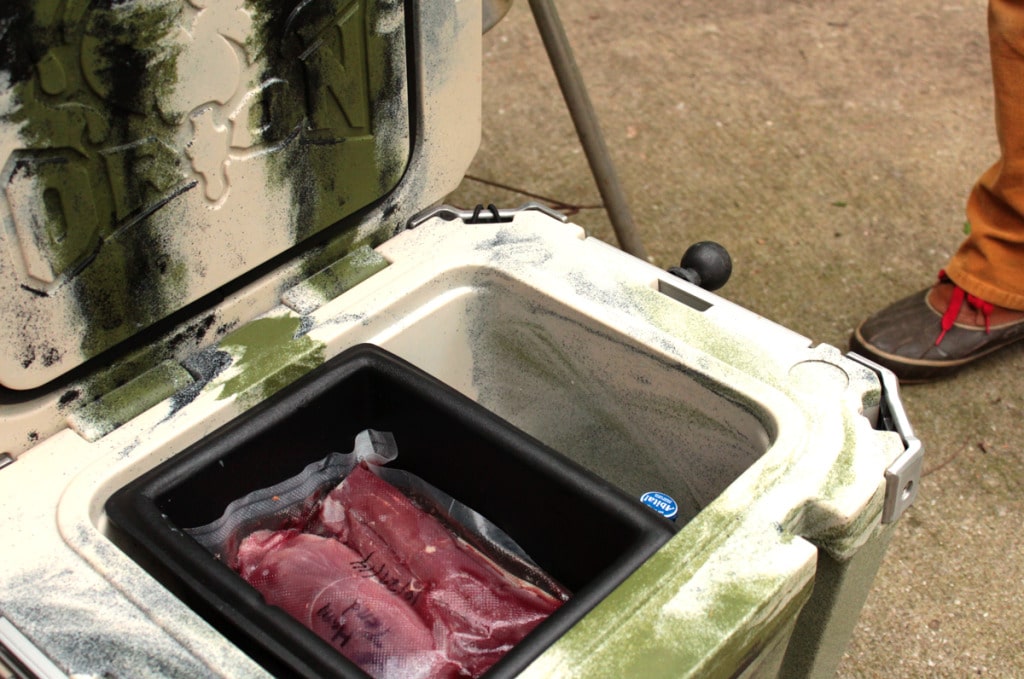 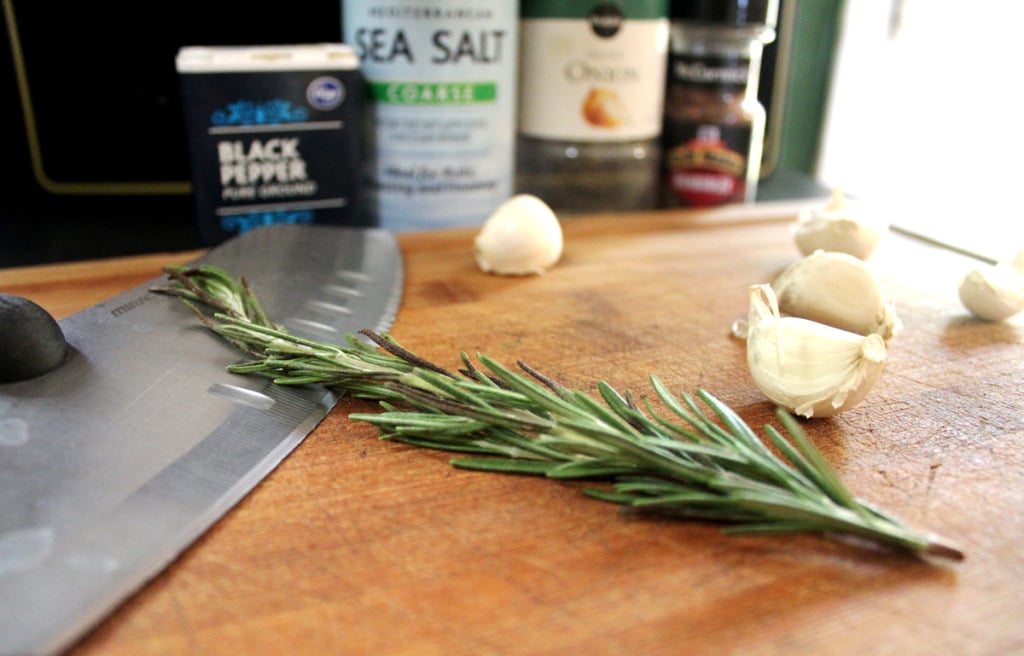 Chop venison into kabob-sized chunks. Mince garlic and rosemary, toss together with sea salt, steak seasoning and onion. Place ingredients and venison chunks into a bag in the fridge for at least two hours to allow dry ingredients to marry with the meat. 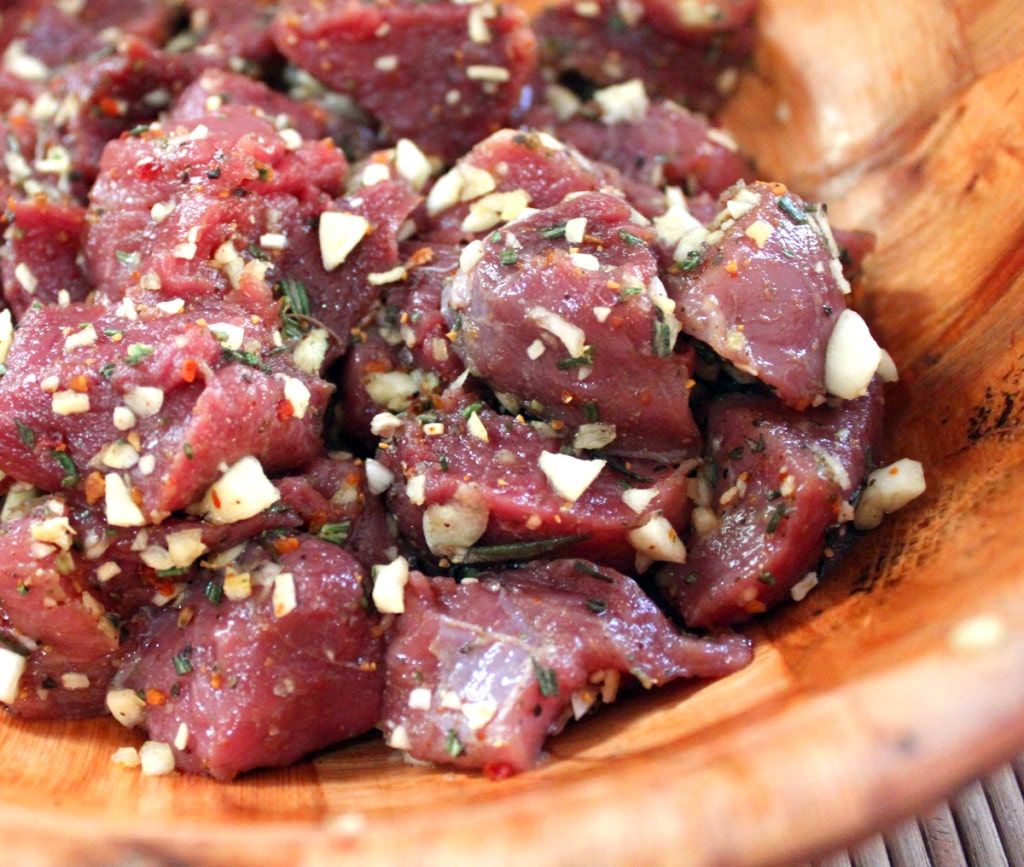 With a fork, whisk together soy sauce, brown sugar and Liquid Smoke in a medium bowl. Pour this mixture into the bag with the dry rub and allow to marinate for a couple hours. 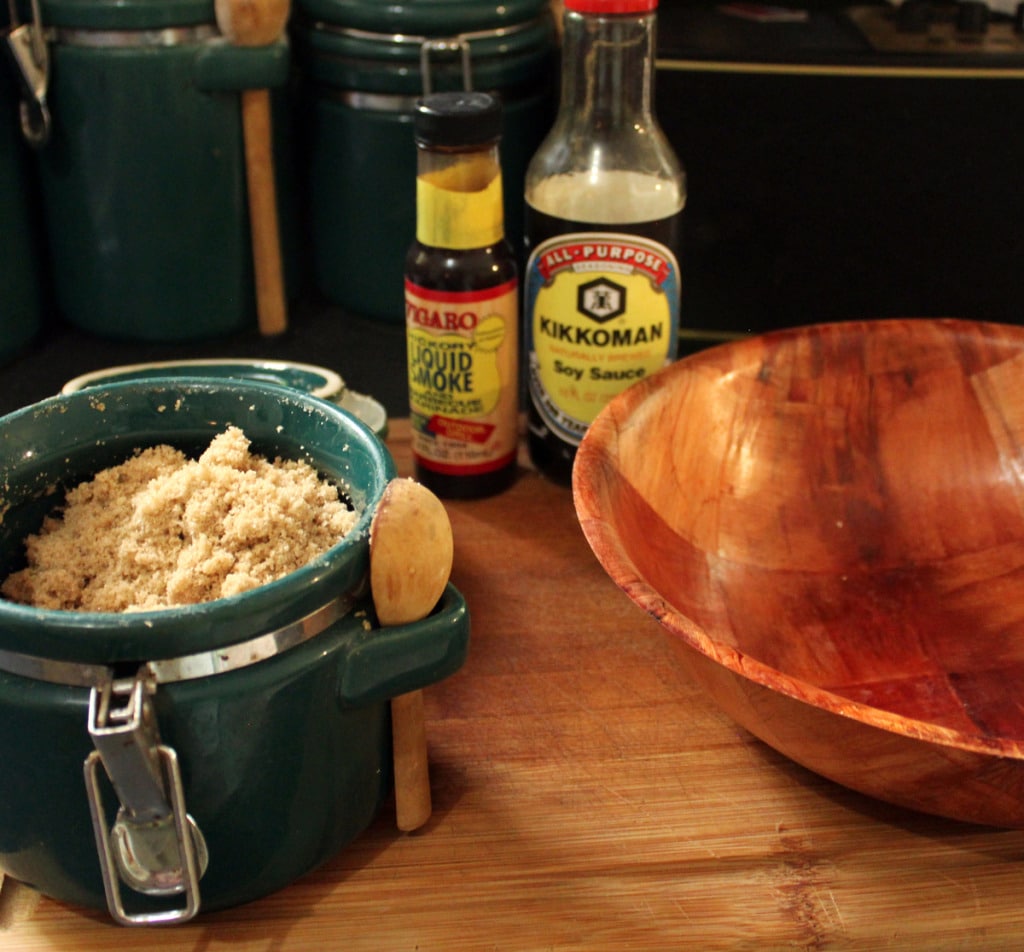 Next up – heat the grill.

Get it *really* hot, we’re looking to sear the meat. If you’re using bamboo skewers, be sure to soak them in water for half an hour so they don’t catch fire. 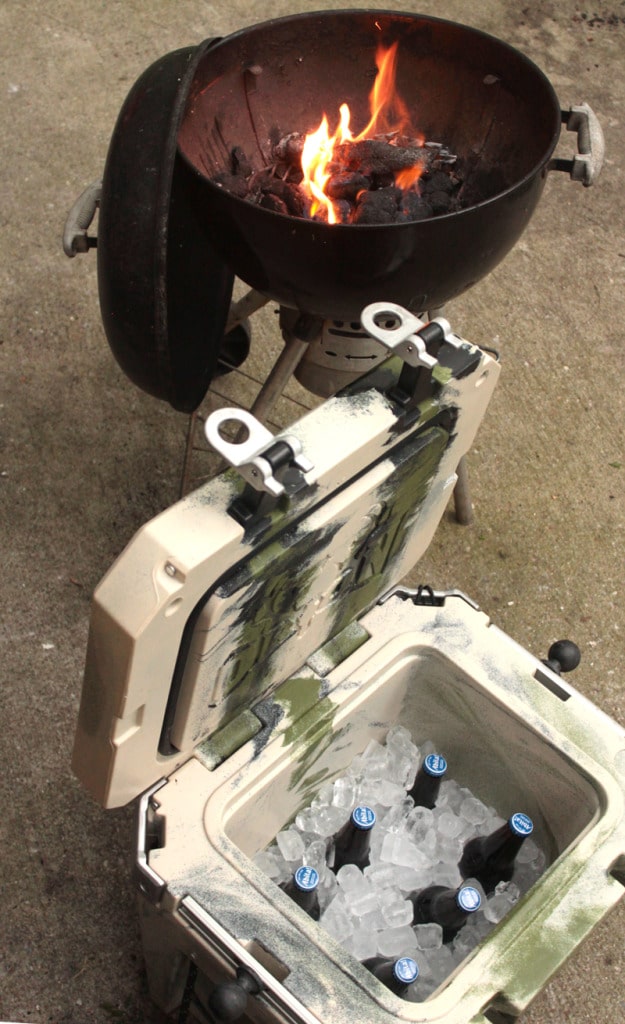 Cut bacon into thirds, spread out onto a plate. Cook the bacon for 1:00 in the microwave – this will both reduce the amount of flame flare up because of grease dripping into the fire when the kabobs hit the grill and precook the bacon so it just needs be touched with flame to finish it off. 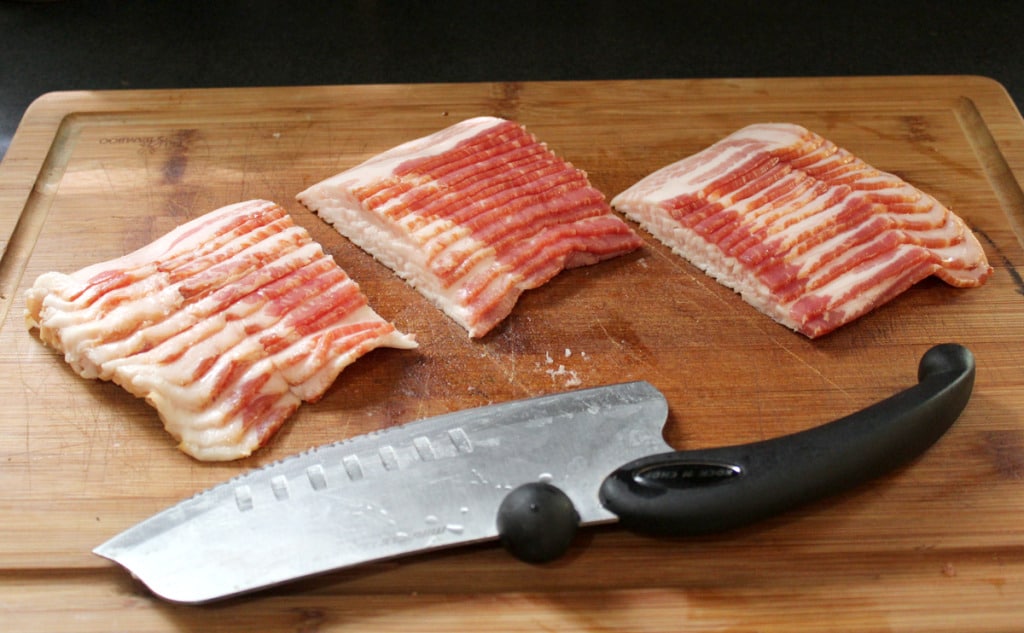 Remove the marinating meat from the fridge, wrap each piece with a chunk of bacon and skewer. Shoot for six or seven pieces per kabob.

Cooking is the challenging bit. Personally, I’m working with a small Weber charcoal grill and my ability to control heat is directly linked to my ability to build a charcoal pyramid. Recommendation: don’t put all your skewers on the grill at once. I placed one skewer onto the hottest part of the grill for about a minute, rolled it over, cooked for another minute then moved it to the less-hot part of the grill. Rotate the next skewer in and move the skewer in the ‘cooling’ spot on the grill to the holding pan (Orion Coolers are also good at keeping hot things hot, FYI!). 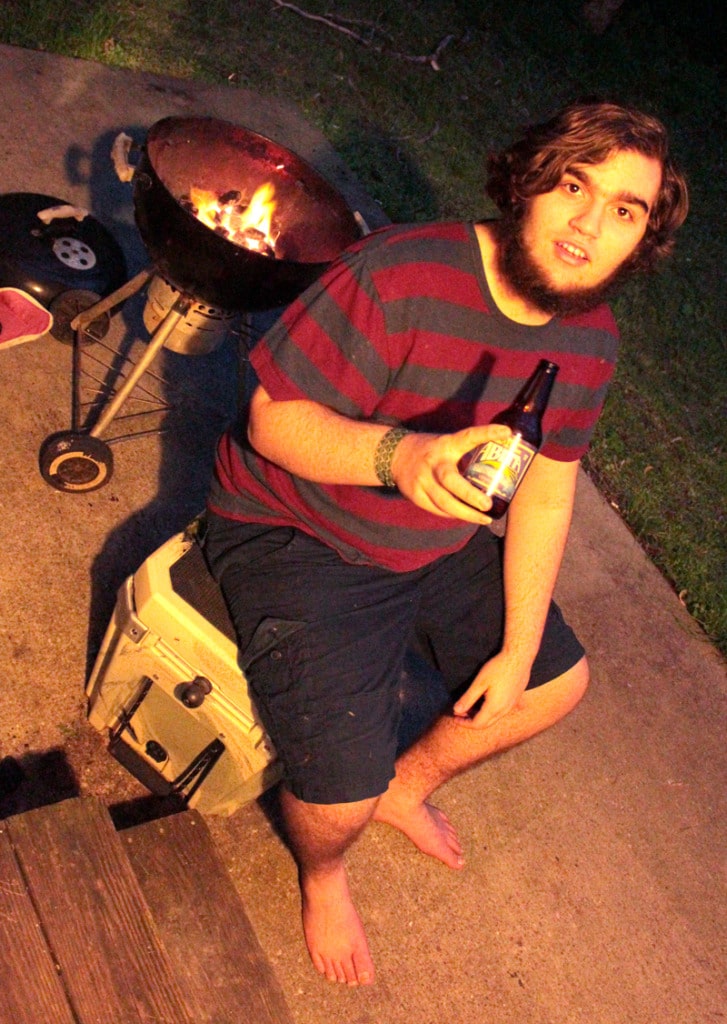 Super-easy, super-delicious! I have to thank Jase from the Jackson Kayak factory crew for poking his head in my door one day holding a Tupperware tub of grilled venison & wild turkey, sharing his cooking savvy and *also* the tenderloin he had in his freezer. While not a hunter myself, I appreciate the ability to load an icebox with genuinely free-range meat. 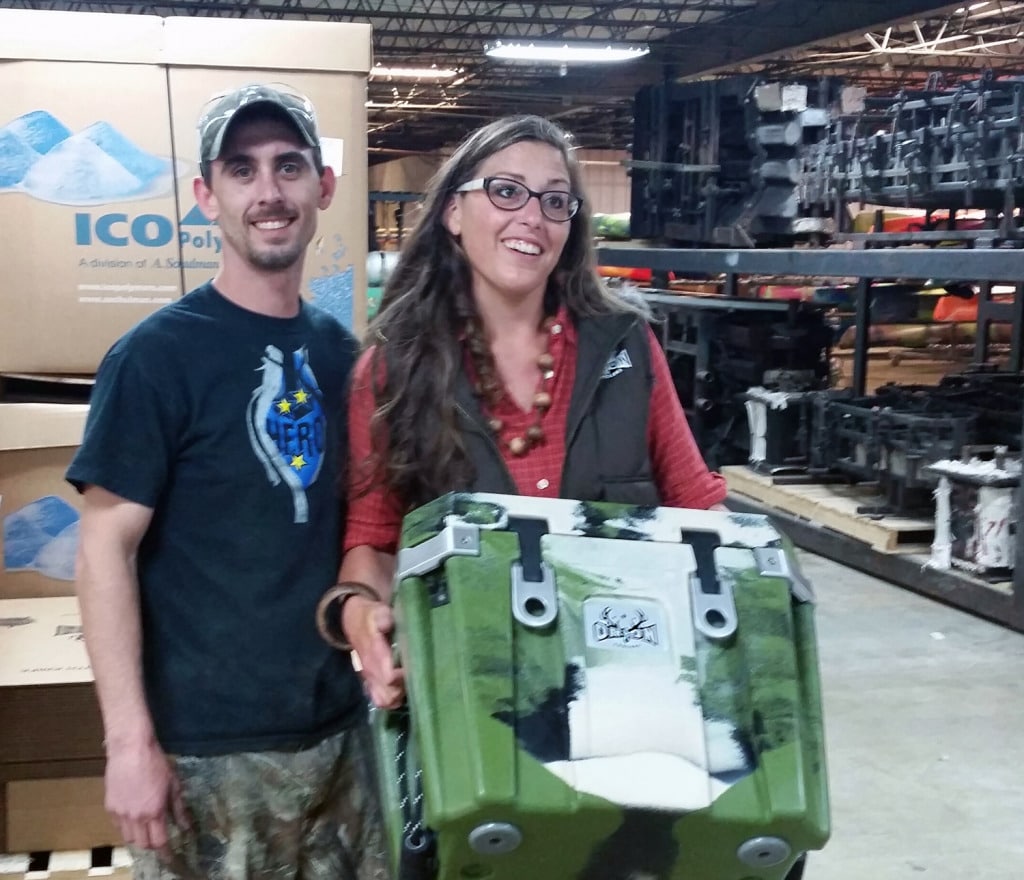 Whip this up for someone special; guarantee it’ll make their day! 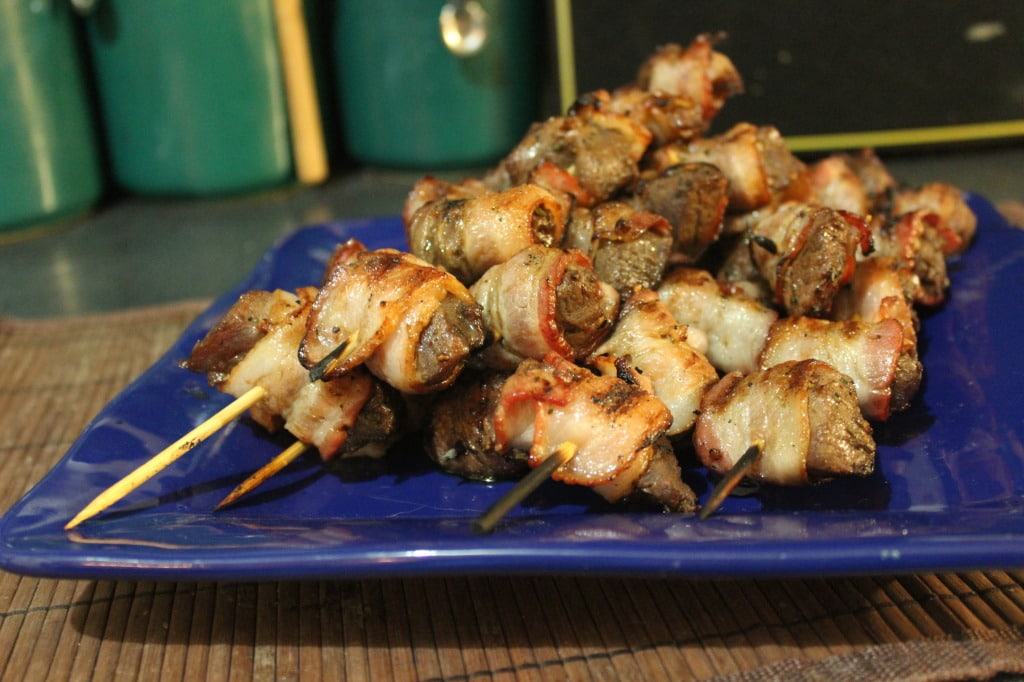 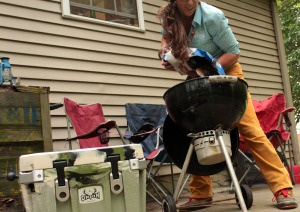