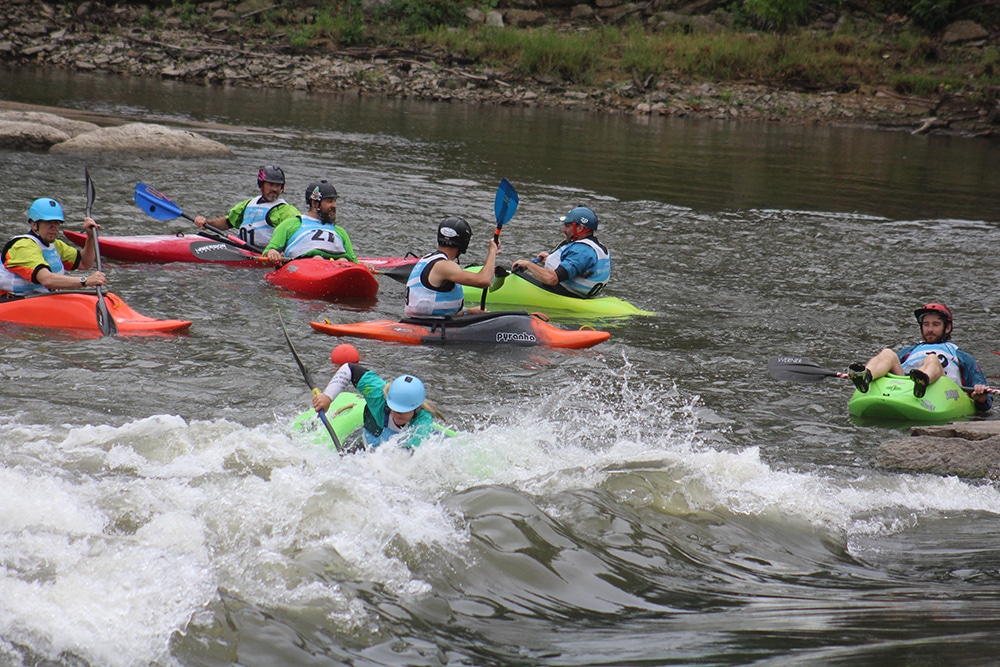 Planning for the Charles City Challenge event began in fall of 2020. Over the winter I assisted the event committee with planning the in-river events, scheduling, and securing prizes for the event prize drawing. Winter in Iowa was pretty good this past year, snow covered the ground regularly and sub zero temps ensured it stayed around like it normally should. While we aren’t dependent on snow pack in Iowa for water, it’s nice to have the blanket of white covering the ground to help with soil moisture.

Spring came in like a lamb and left like a fiery lion right into a scorching summer. The usual spring/summer rains did not materialize this year. Leaving a majority of Iowa in drought. Charles City Whitewater typically sees springtime flood levels upwards of 13,000 cfs, but this spring’s lack of rain only bolstered the river to a low level crest of 1700 cfs for a couple days. Considerably less river flow than typical.

Ever hopeful that a big rainstorm would change flows, we pushed forward with planning the Charles City Challenge for June 2021. A week out from the event, it became apparent that our rain dances were ineffective in bringing flows up in time for the event. Although the day of the event was filled with sporadic torrential downpours throughout the day. Who knew…no rain for weeks and now downpours the day of the event. With almost no water (350 cfs), time to put on the creative hat and adapt. Several events were altered to capitalize on the water we did have and make it a fun day for paddlers anyway. 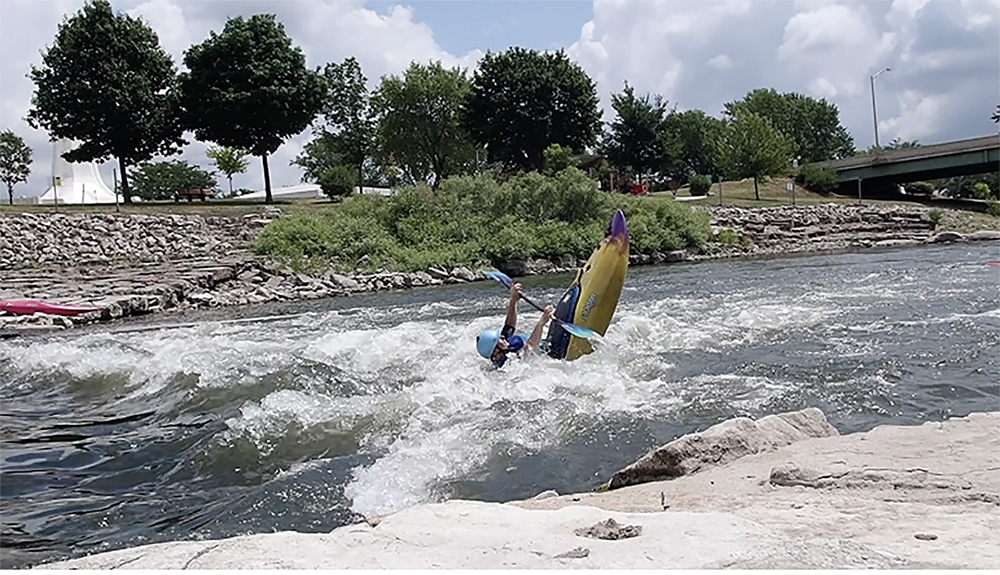 Taking the Antix 2.0 for a spin during the Charles City Challenge Old School Comp.

This year instead of a rodeo, we hosted an old school comp. Paddlers plied their freestyle skills on the strongest, deepest eddyline we could find. A jam style format encouraged a flurry of activity for each category. Smiles and creativeness scored big points with the judges! 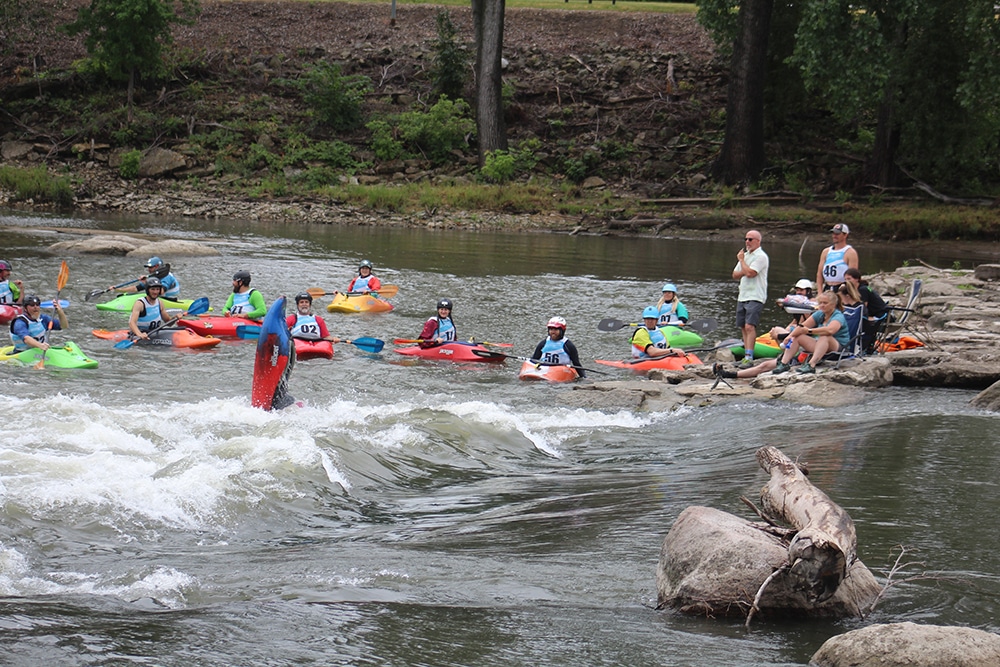 New this year, the Gear Race. Kayakers and SUPers turned over their paddles to our appointed leaders. The leaders placed the paddles across the river, opposite of the gear racers, on a large granite boulder. Given the GO, racers donned their equipment (shoes, PFD, helmet, spray deck (for kayakers) as fast as possible. Next they needed to hand paddle their craft across the river to retrieve their paddle. It was a mix of all tactics getting across the river and returning to the start point first. 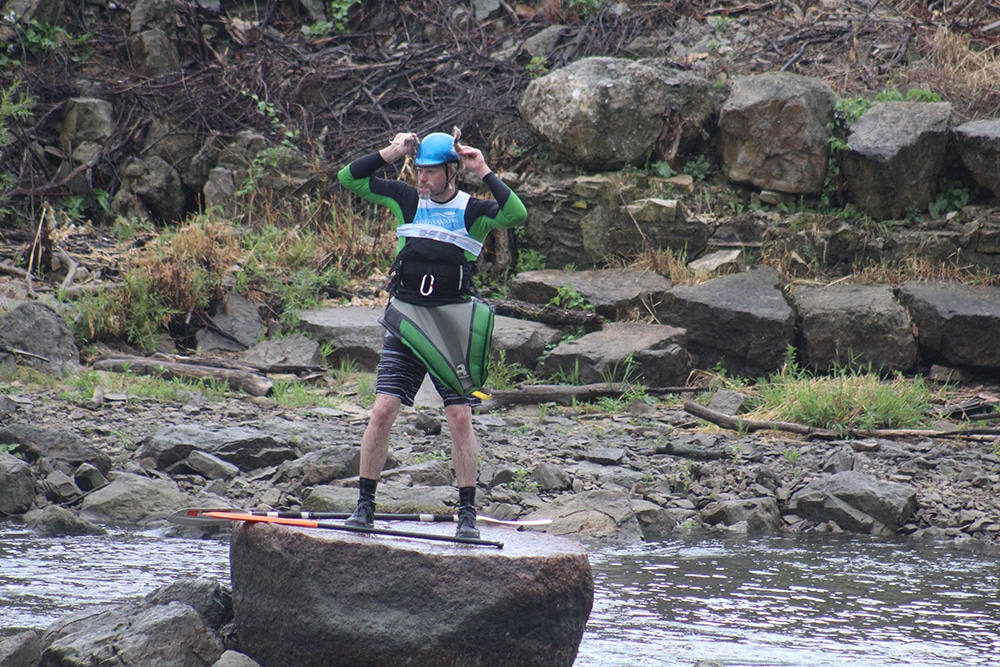 My Safe T placing paddles for retrieval during the Gear Race. 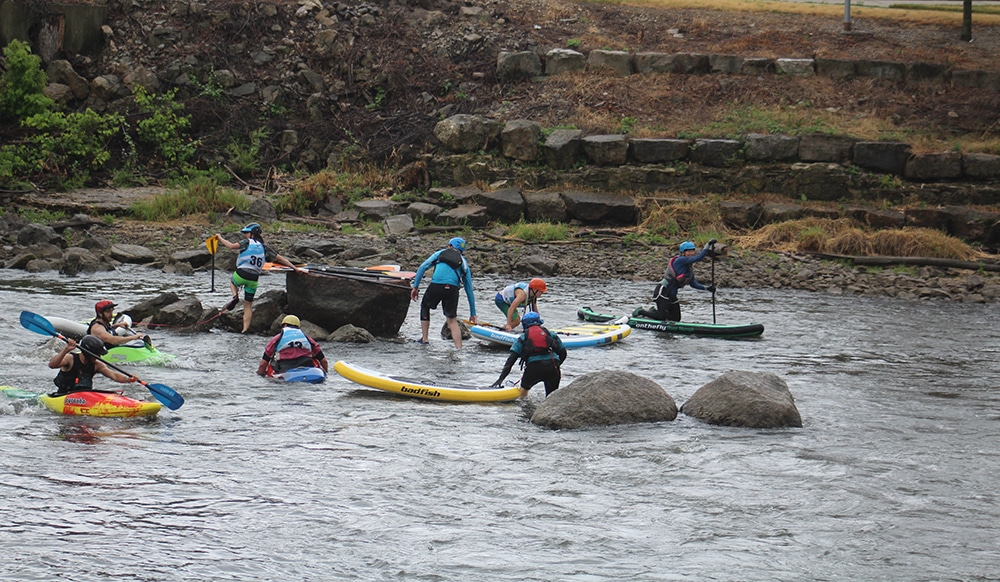 Paddlers race across the river to retrieve their paddle and hustle back to the river bank during the Gear Race.

Organized Chaos, AKA the Balls to the Wall Race, at Charles City Whitewater. 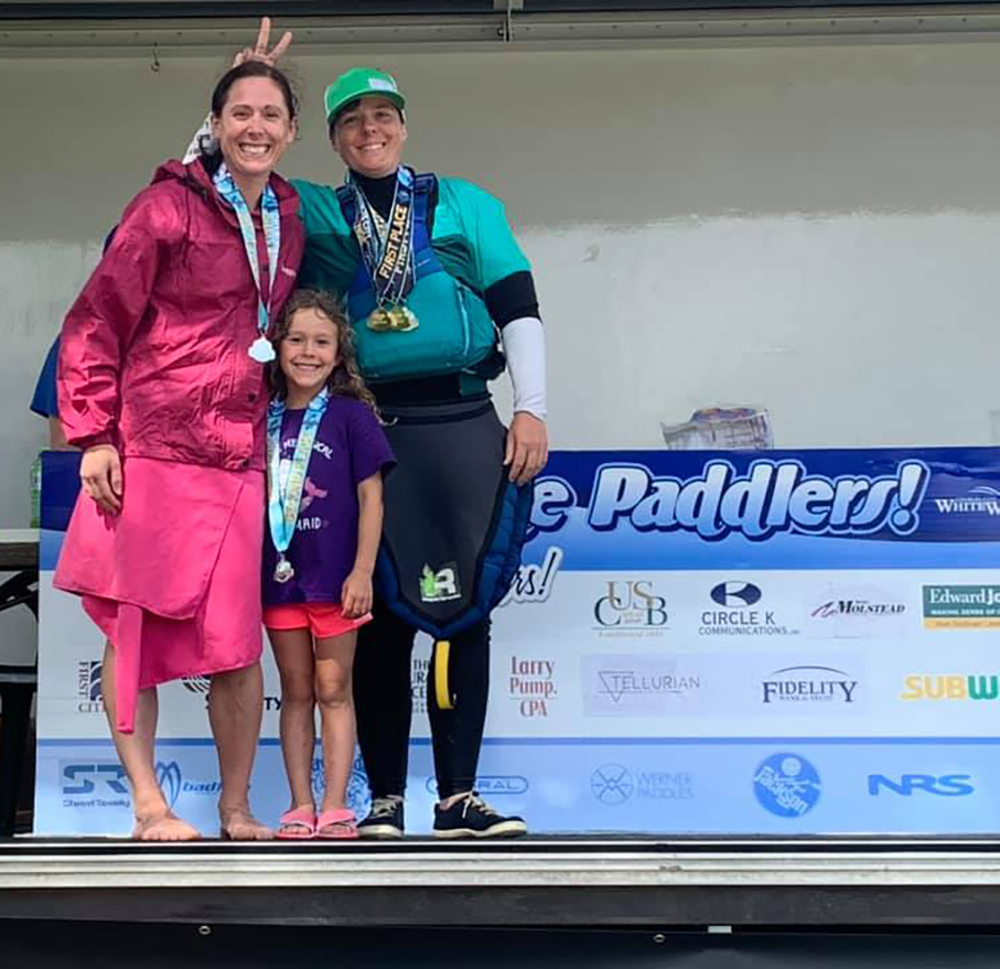 Pictured: just a few of many paddlers proudly displaying their earned hardware at the Charles City Challenge.

So despite it being the driest and wettest 9th annual Charles City Challenge that I’ve experienced thus far, we made the most of the low levels. We laughed and grinned the whole day anyway!

Huge thanks to all our event sponsors, supporters, organizers, volunteers, participants and everyone who makes this a successful and fun event year after year!