The Raven Stole My Roll 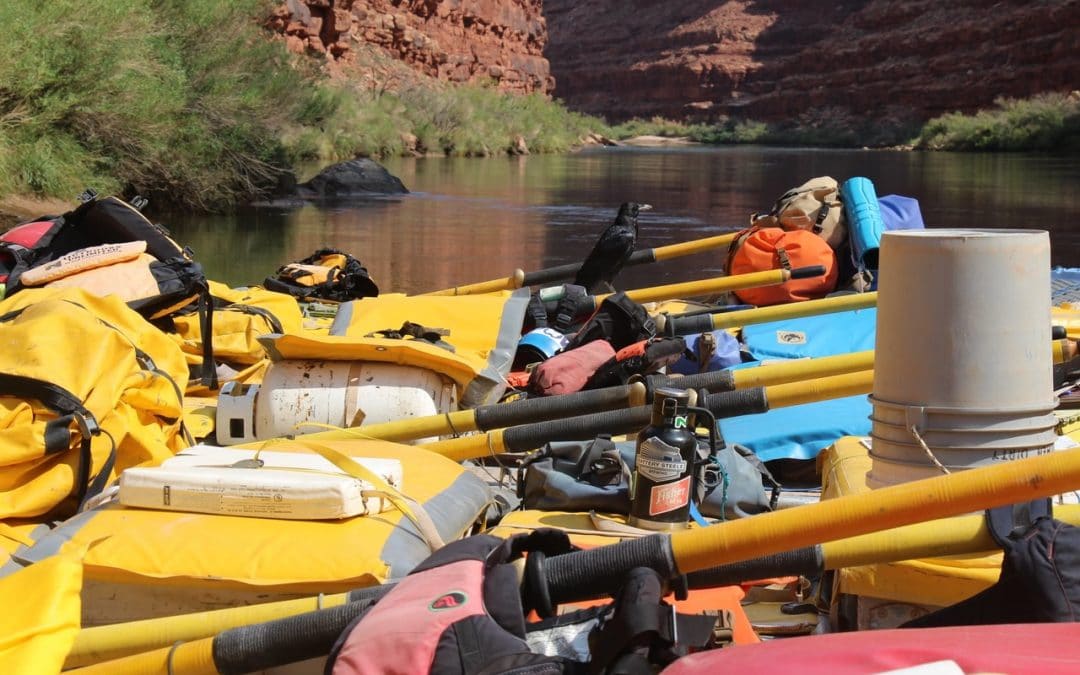 I work as a guide on the Colorado River through the Grand Canyon and the last several years I have mostly done kayak charter trips.

One of my first kayak trips decades ago was with a group of friends and one of the guys didn’t have the most reliable roll. He swam at Badger, which is basically the first real rapid down there and one of the easier ones. He continued to swim his way down the river and I remember stopping the count at 17, and this was fairly early in the trip.

He was game but I remember thinking “why can’t you just roll up”—even one time. Back then rolling seemed so easy, so intuitive, and I was having a hard time relating to someone who could not do it. He had a perfect roll in the flat water but nothing worked when he went over in any sort of rapid situation.

Anyone who has been on the Grand knows about the ravens. Ravens are one of the most intelligent birds on the planet and down there they have perfected stealing things that they perceive as valuable to a fine art. Toothpaste, combs, snacks, shiny objects left on a rock near your camp; they can open zippers on day packs and make off with your sandwich and unroll dry bags that are partially closed and fly off with some fairly large items. I love the ravens.

It usually happens within a day or two. Someone loses something and no one thinks anything of it. Then someone sees a raven hopping around someones camp that takes off with something in its beak. “The raven stole it” becomes the theme of the trip whenever things go missing.

For so many years I could not understand what these boaters were experiencing. Bit by bit, other friends, some of them expert boaters, started “losing” their rolls and finally it happened to me.

Suddenly when I went over it was like I had no clue what to do. Nothing felt right; my paddle felt alien and the water was working against me no matter where I tried to move it. Nothing I tired worked and I did something that felt so weird, so unexpected and shocking to me, and swam.

That first swim was a huge hit to my ego. For years my kayak ability defined me; in my mind I was a better person because I was a good kayaker. Now I was a swimmer, one of those guys I had secretly made fun of and maybe even subconsciously thought less of. I hid that first swim from as many people that I could. I now know that hiding a swim is like expecting the ravens not to steal things.

Before I got home it was well known that I had a swim. Some people seemed to relish the fact that I swam and picked at me incessantly, both overtly and passive-aggressively. I began to filter people like that out of my paddling circle. But I also felt like karma was catching up to me for secretly making fun of other swimmers and finally understood that anyone can “lose” a roll. Still, I persisted in denying I had a problem.

A lot of people can get by not swimming if they have motivation. And balance. I have both of those in spades. I realized that I never really went over very much and when I did it was usually a barrel roll momentum move that got me up. Basically, it was luck. I had no inherent talent for rolling, never had any instruction, but in the past I had always just rolled. Until I started not rolling on a semi regular basis.

It took a while but I got over the ego thing and started actively talking about my swims. People were hesitant at first and seemed uncomfortable to join in the conversation. I got it—that had been me not that long ago. I found it interesting that most boaters, and especially boaters who had been paddling for a while, also had issues with their rolls from time to time. It almost seemed like rolls occurred in a cyclical pattern—coming and going for no apparent reason.

The best thing I ever did years ago was to take a roll lesson from Mary Deriemer who co owns adventurekayaking.com. There were several things that I was doing wrong but the most egregious was using the wrong knee when I rolled. I was basically setting myself up for failure every time. I also had head issues—both physical and mental. The physical I am working on to this day. The mental will be with me until I die.

Every time I swim, and I swam just yesterday, I get so discouraged and often want to quit kayaking. It is easy for me to think I am worthless, that I will NEVER get my roll back to instinctual, never gain back my confidence. That usually lasts until I get home. Kayaking is so fun and so addictive that it is always worth hanging in there and giving it one more go. My swims, while incredibly frustrating, no longer make me feel like a failure, nor do they define me. The only power they hold over me now is the power to make me want to move forward and maybe learn something from the past and that’s exactly what they always are: “the past”. My swims no longer occupy my present like they used to.

I just did another roll tune up with Dan Crandall at Current Adventures/The River Store in Coloma. If you live anywhere near Coloma, Calif. both Mary and Dan are exceptional roll instructors and I can pretty much guarantee that they can figure out any problems you are having in an hour or two and get your mental game back on track. Dan is analytical and has figured out a unique, easy to comprehend way to get you focused on what really works—and it has nothing to do with the paddle. I am still processing how simple things can and should be in a roll and can’t wait to keep re-programing my mind to this new-to-me style of rolling. The take away for me was if your roll seems alien and difficult and requires a lot of thought and effort, definitely go see Dan or Mary!

I write this as a reminder to be kind. Be kind to others, but more importantly, be kind to ourselves. While it is true that we are usually our own worst enemy, we can always work to find the positive in the negative. My new half positive mantra is that I am a good kayaker with a poor roll.

I am working on being a good kayaker with a GREAT roll.