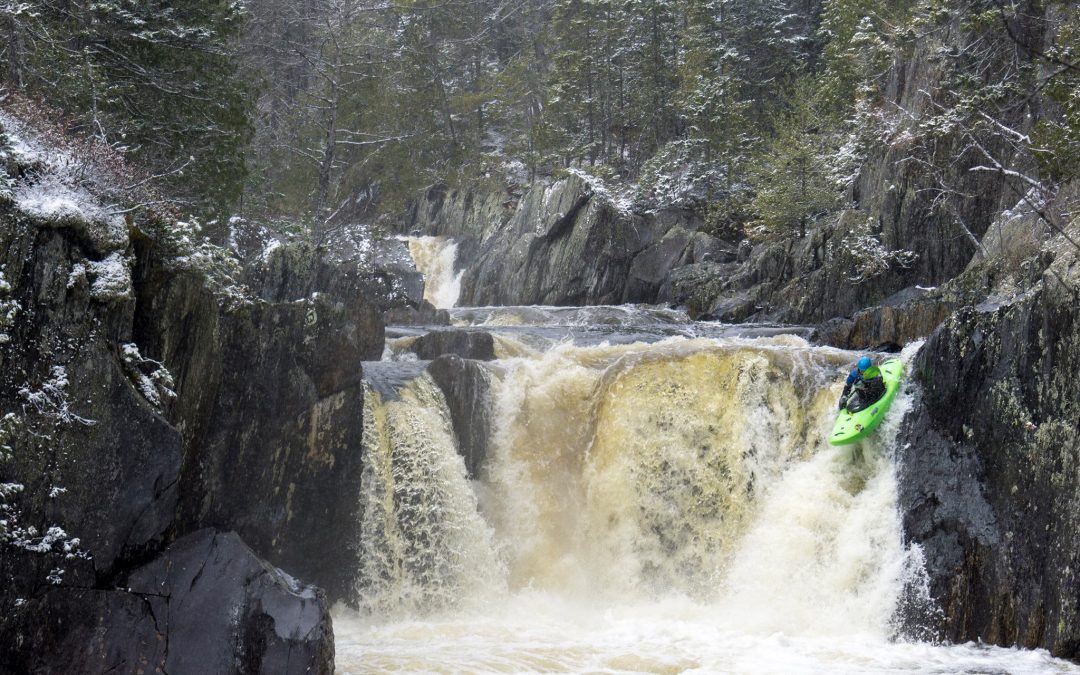 Ever heard of the West Fork of the Pleasant River? Sounds too good to be true, right? But in fact, it’s real, and as amazing as it sounds! 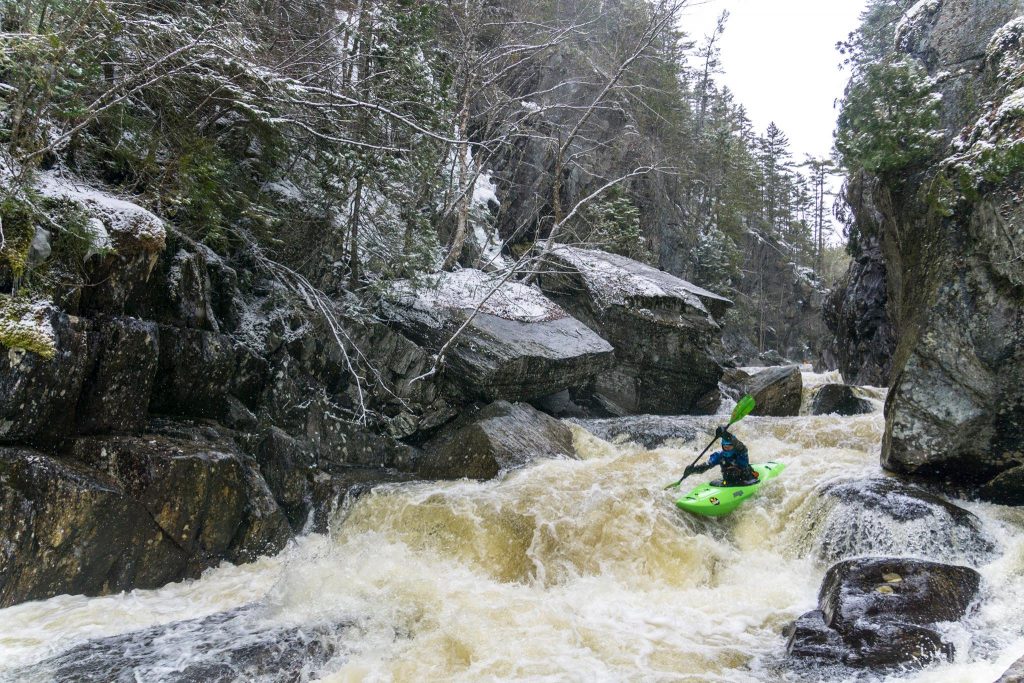 This run is located in the Maine wilderness and is a true gem. The run is called Gulf Hagas and it flows down the West Fork of the Pleasant River. This is one of the most famous runs in the region and my husband Daniel and I were hoping we would get the chance to run it during our New England vacation. 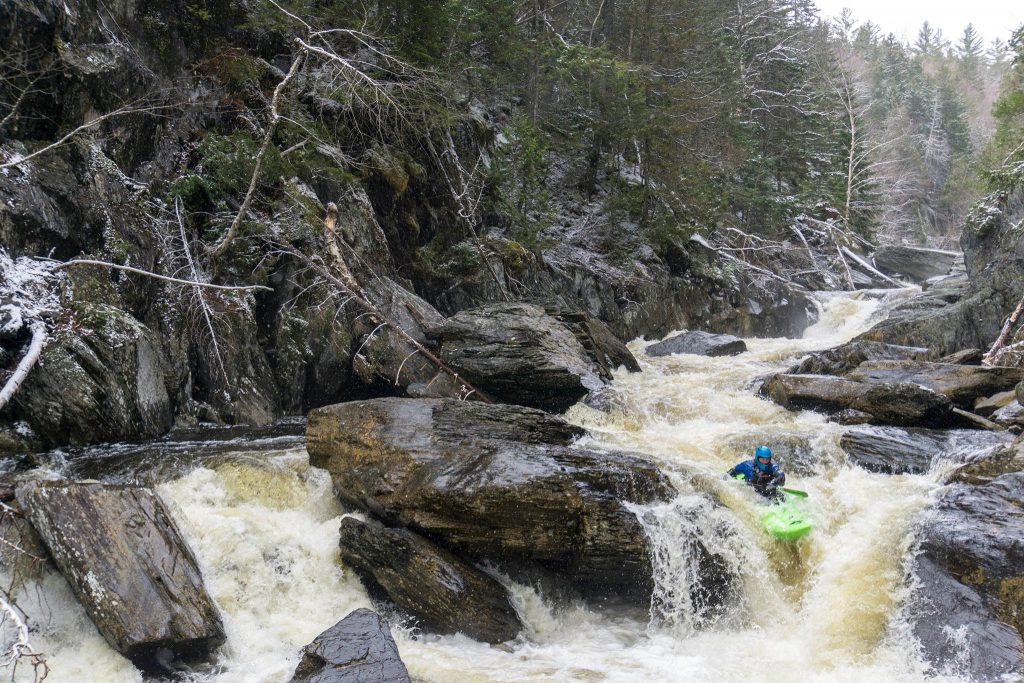 Apparently the Gulf Hagas usually maintains water quite well, especially compared to other creeks in the area. However, due to an unusually low snow pack this year, water was scarce. On our second day in Maine, the temperature dropped and there was a rain/snow storm. The combination of the rain and snow was all it took. Our local contacts thought the Gulf Hagas would be running. Even better, despite the 30 degree high forecast and active snow storm, they were willing to get in there with us! 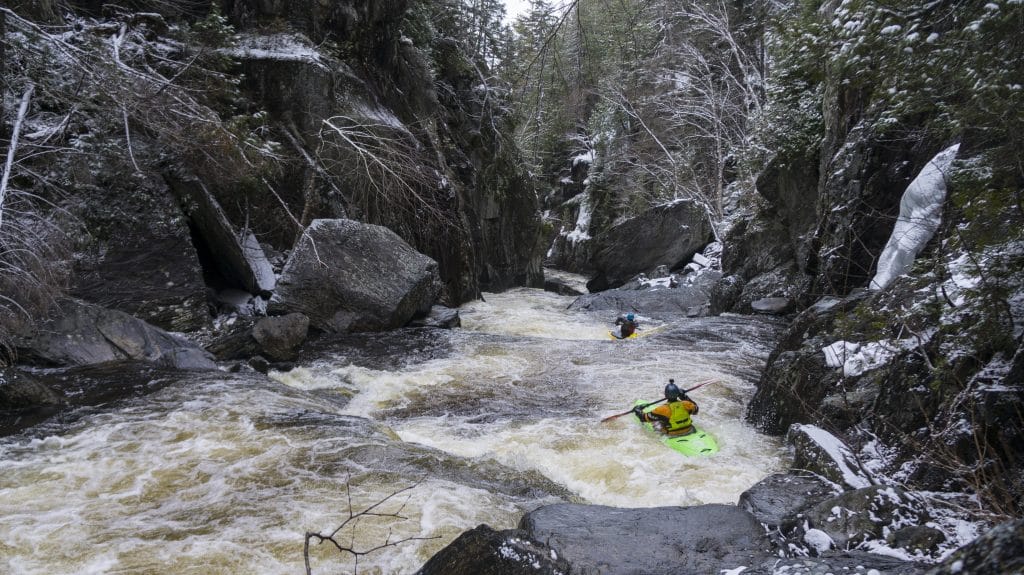 In short, the run was amazing! 5 miles of class IV-V whitewater. We had a gentle snow fall most of the day, which made the scenery even more beautiful. The snow and ice, unfortunately did make the 1 portage and several scouts a little more difficult than they would have been otherwise. But with a little teamwork they were all manageable. 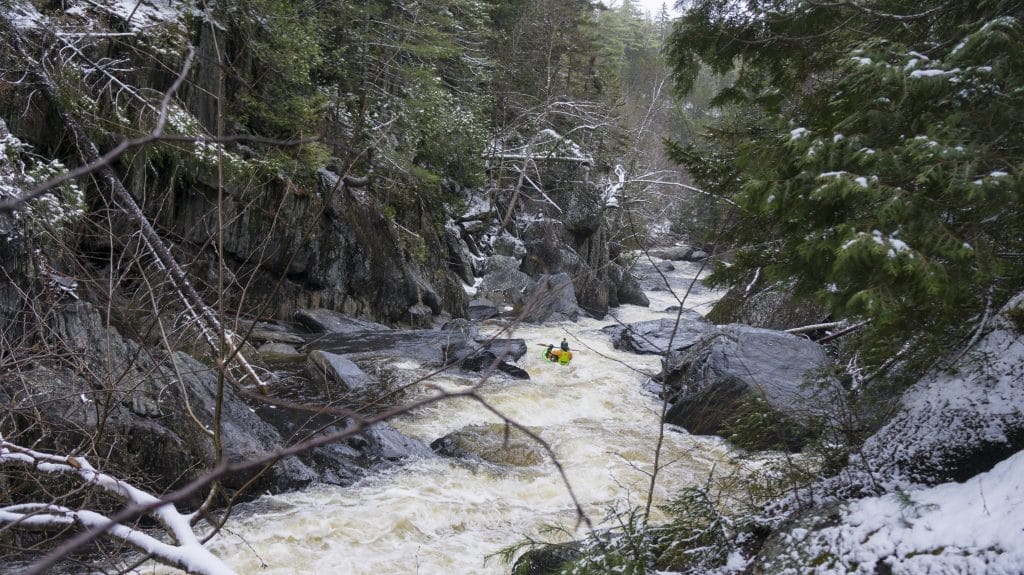 If you’re ever in the area, I highly recommend checking out this creek. The combination of fun whitewater and gorged in wall scenery is spectacular. Plus, it’s fun to be able to say you went kayaking on the Pleasant River! Hope to see you all out there! ~Diane Brasuell (Gaydos)