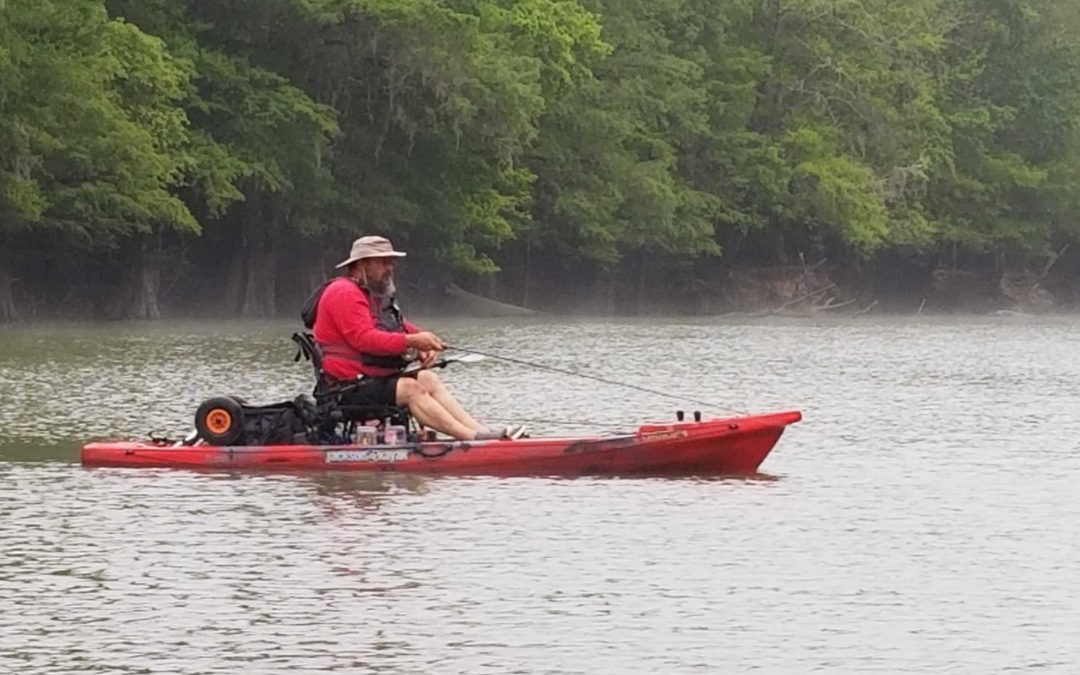 Here in the Lowcountry area of South Carolina, maybe other areas along the coast of North Carolina down to Georgia or other areas near river systems that is very snake like, on these inside loops, the river travels more slowly leading to deposition of silt. Meanwhile water on the outside edges tends to have a faster flow that erodes the backs making the meander even wider. Over time the loop of the meander widens until the neck vanishes. This meander is now removed from the river’s current and a horseshoe or curved shaped oxbow lake is formed. 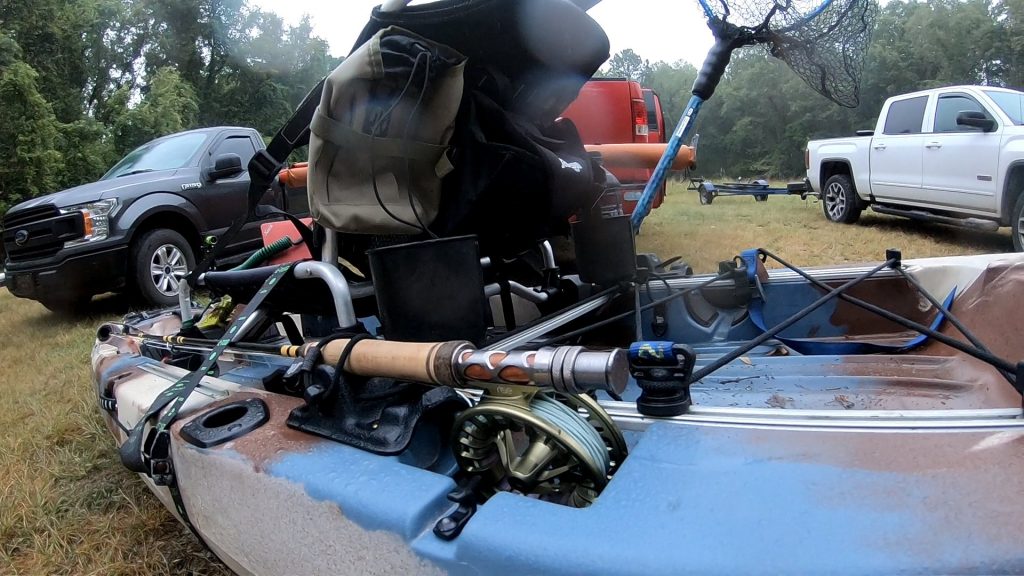 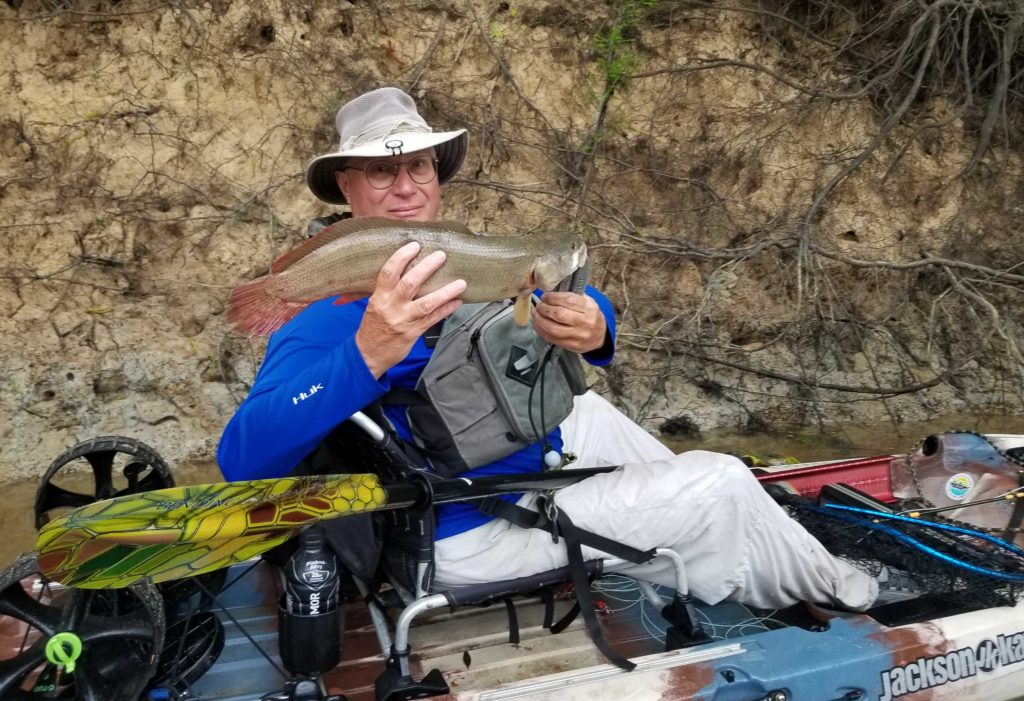 How that I have described what an oxbow lake is and my experiences of the species that I have caught or my fishing buddies let me tell you a fishing story of my latest Jackson Adventure. On this adventure two of my fishing buddies decided to hit up on oxbow late to target Bowfin with a fly rod. They were in their Jackson YuPIKs and me in my Jackson Mayfly. My experience with these two kayaks for fly fishing is great. Both platforms are a pleasure to fish from with a fly rod and when the wind picks up the low profile of the gunnels is not that affected by the wind.

So my fly rod configuration for this adventure is a 7-weight 9 ft fly rod with floating line, a 9 ft tapered leader for bass with a 18 lb tippet, fly choice is a rusty brown colored Shag Worm tied on a 2/0 jig hook. To my knowledge Jonathan Kiley is the original tyer of this recipe. The materials for this fly are: 2/0 Owner 90 Degree Jig Hook, 3/0 Thread Red in color, large lead eyes in Orange, Hareline’s Carp Dub in Rust, Rust color Rabbit Zonker, 1/0 sized (large) Spiked Slow Rolla Tail in Red, and Tan Loco Legs. My fishing method for this retrieving this fly is to let it sink; which it will do because of the lead eyes and once the dubbing and rabbit zonkers absorbs water the fly gets heavier and sinks quickly. With the lead eyes the fly will fish hook up almost eliminating any snags. I will usually count to three to five before I start the retrieve. The retrieve rhythm for me is to start using 6 inch strips with a short pause, if that isn’t working maybe two strips and a pause or maybe up to three strips and a pause. In the past I have used baitfish patterns in a similar color or in a Black and Red color scheme in a EP Baitfish. 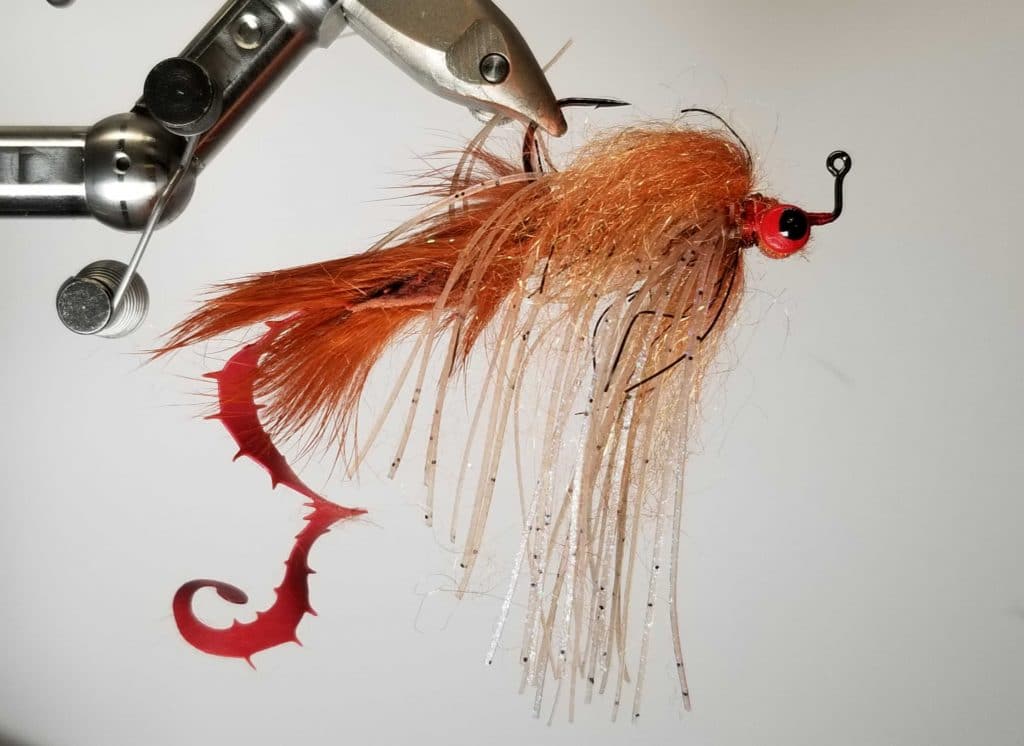 On this trip the Shag Worm was going to be the only fly that I planned to challenge the Bowfin with. I had a few short strikes to start with but it left more like bream hitting the Spiked Sloe Rolla Tail. Eventually I managed a Bowfin on the fly. To describe the take for me it felt more that a snag but I pulled the fly line to set the hook and raised the fly rod. It wasn’t a snag as the fish actually was swimming towards me. Stripping the fly line as fast as I could not to allow any slack in the line till the fish was close to be netted. My experience with Bowfin once they are netted and put into the kayak that is when the battle begins, they will do their death roll in the net, resulting in tangling or wrapping themselves in the net creating a huge mess. Once you get them untangled they will fight you even with fish grips to restrain them. While these fish are dinosaurs they actually have a fragile jaw system in my opinion. So treat them with respect not to damage them.

Later that morning, I discovered that the Shag Worm fly will also catch Catfish. I managed one small Channel Catfish and then closer to the afternoon a monster. This Channel Catfish was just short of 28 inches and provided me with a sleigh ride. Eventually he managed or I managed to break the 7-weight fly rod at the section just above the section that holds the fly reel. Then I had to hand hauled him in to the kayak. That Catfish must of really wanted that fly as he had swallowed that fly deep. After managing to review the fly, the hook had a slight bend in it resulting in closing out my adventure by 11 AM. 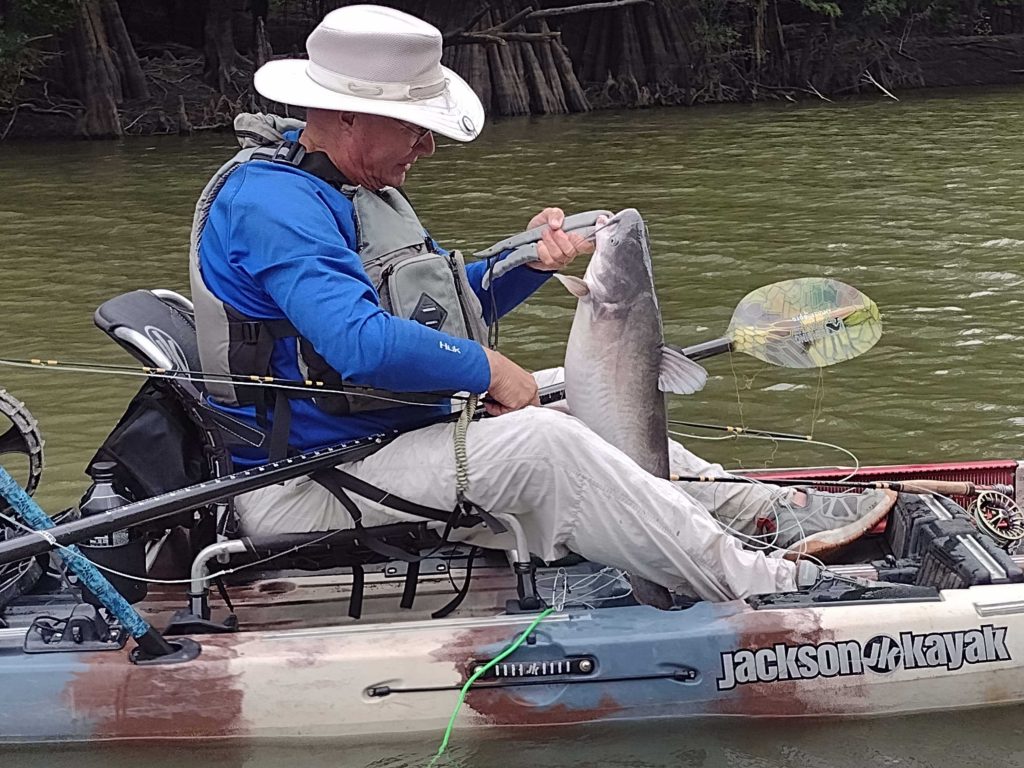 If you are interested in a Bowfin Tournament and reside in the Carolinas or close to the Jamestown area of South Carolina, the Lowcountry Kayak Anglers host a fun tournament for bowfin called the Jurassic Classic in August every year. This year’s event is on 7 August, 2021 and they use two oxbow lakes that offer monster Bowfin. These lakes are Wee Tee Lake and Dawhoo Lake. Watch for information on their Facebook page (Lowcountry Kayak Anglers).