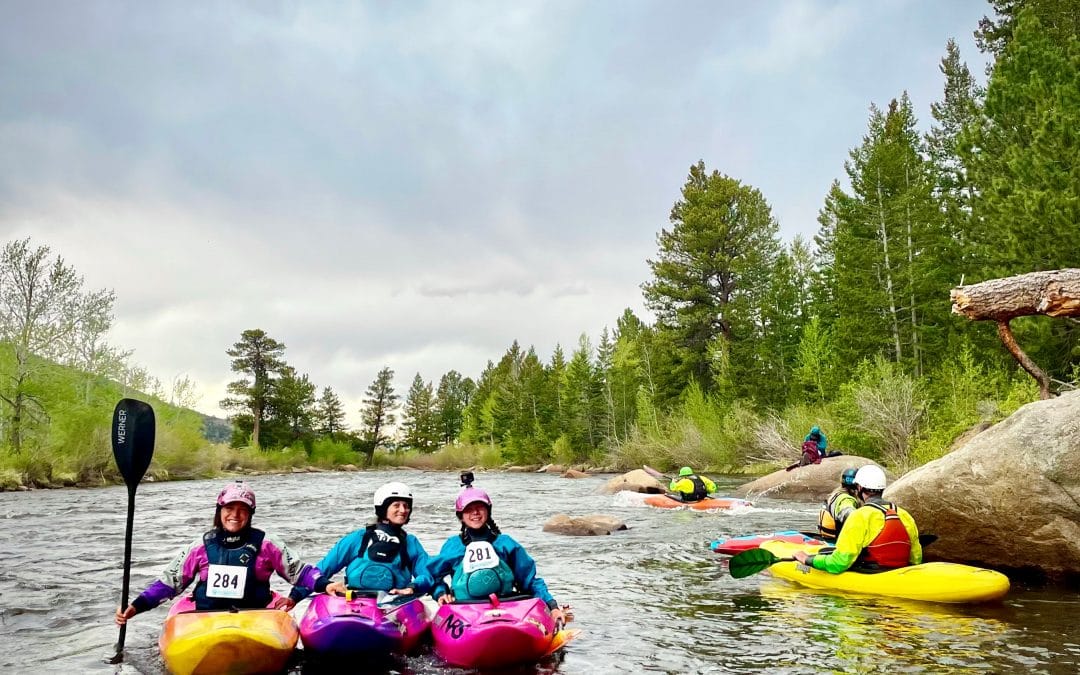 2021 CKS Paddlefest was a great opener to the 2021 CO paddling Tour! With great water levels, weather and tons of paddlesports enthusiasts, you could see that people were just completely enthused at the idea of getting on the water with groups of friends. 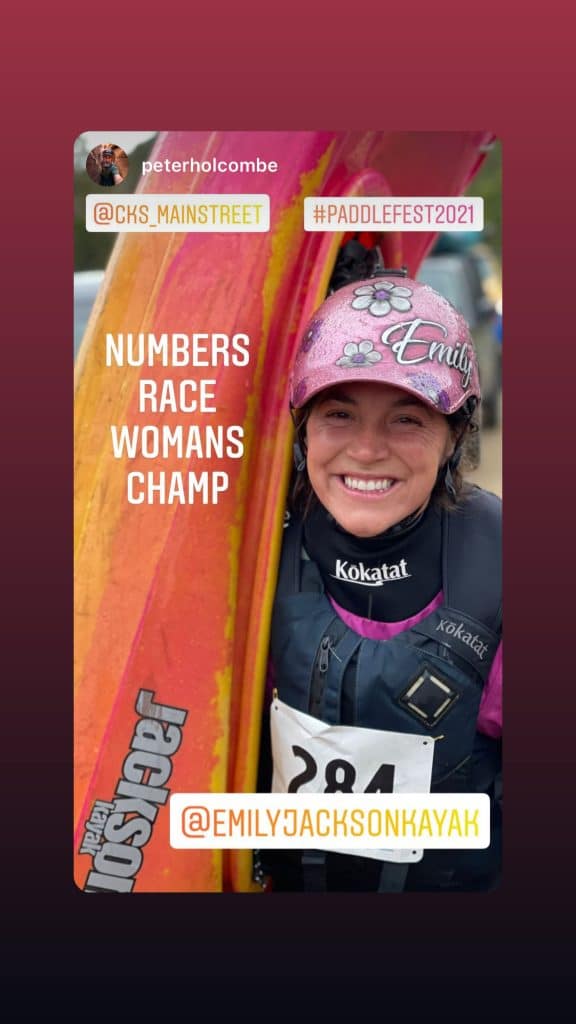 The first day of the festival was quiet with a much lighter schedule in comparison to years past, so we hosted a Team JK Antix run down the Numbers. WHAT a perfect boat for that run, you could boof the holes you didn’t want to play, but play the entire run otherwise. We has such a big crew on the water it felt like we were on the Gauley during Gauley Festival. With Team JK’s Connor Gagliano, Riley Frank, Hargroves, Clay, Nick and myself, every rock, every seam, and every wave got used! It was fun to see the swarm of people come into the rapid with their own ideas on how to use the features. 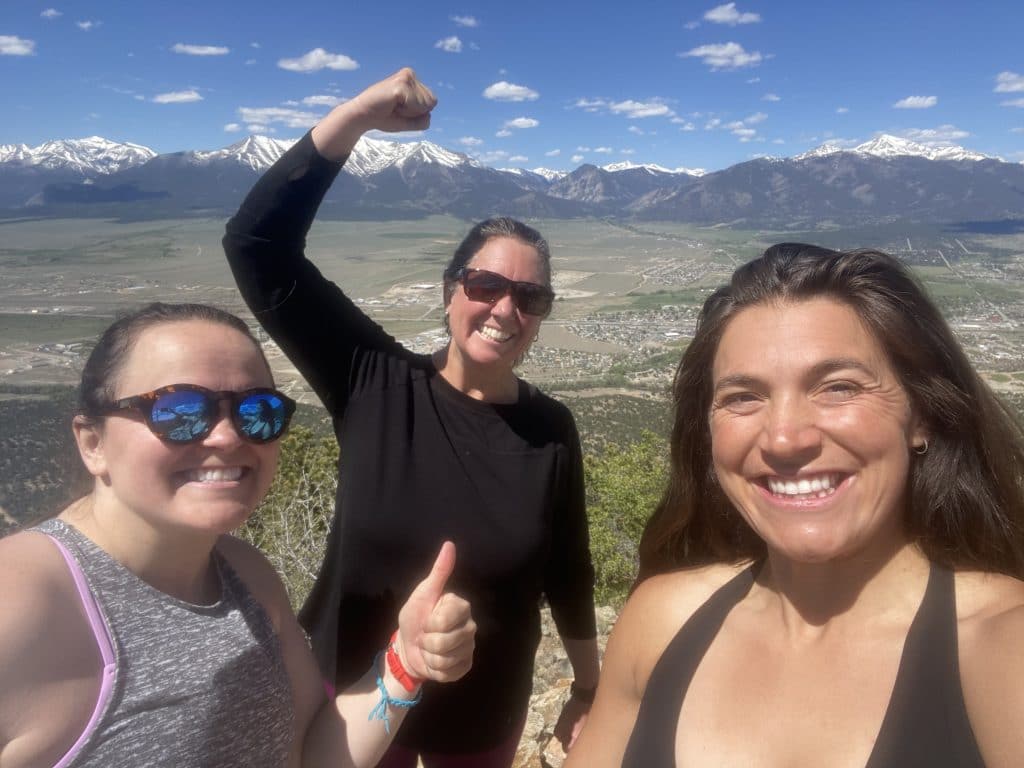 The next day we had a rodeo that was split between two features- the Top Hole and Competition Hole. Lots of people were excited at the idea of jumping into a rodeo again as for many it had been over a year! For others this was their first time ever! It was super cool to see the enthusiasm from the local community as the athletes took the features. 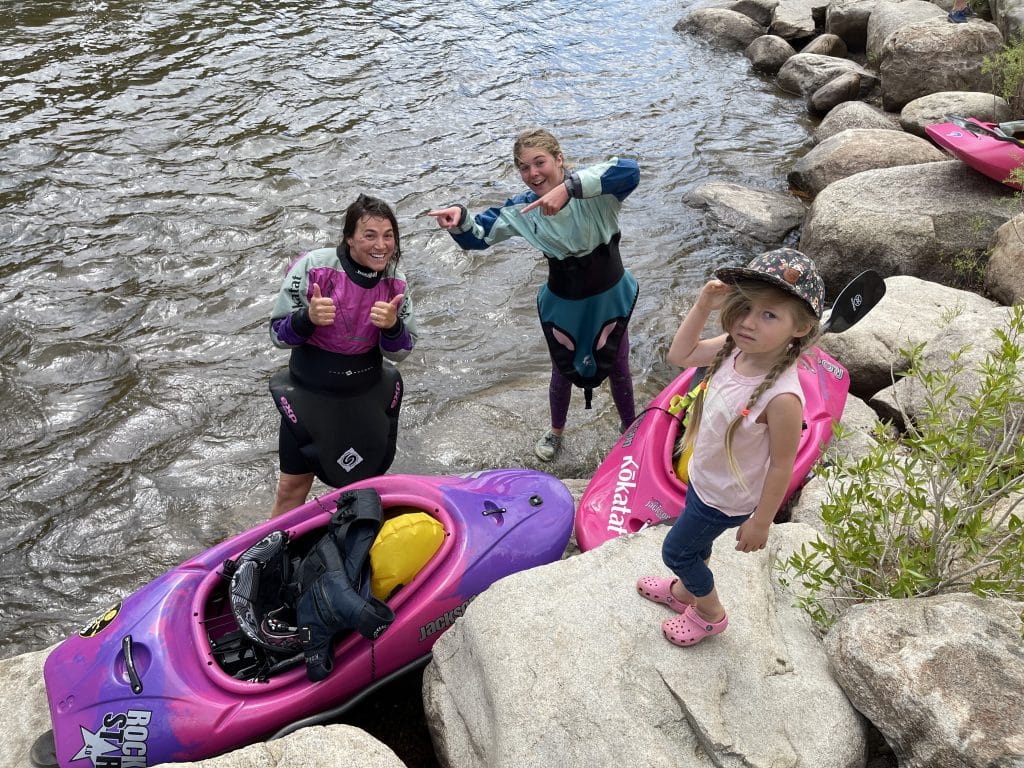 We saw lots of Rockstars throughout the event and tons of people coming out to enjoy the features and flows between rounds too! One of my favorite events was the cadet class where the kids had their own score sheet and got judged on paddle twirls, combat rolls and so forth! Big thanks to Abby Holcombe for working the event! 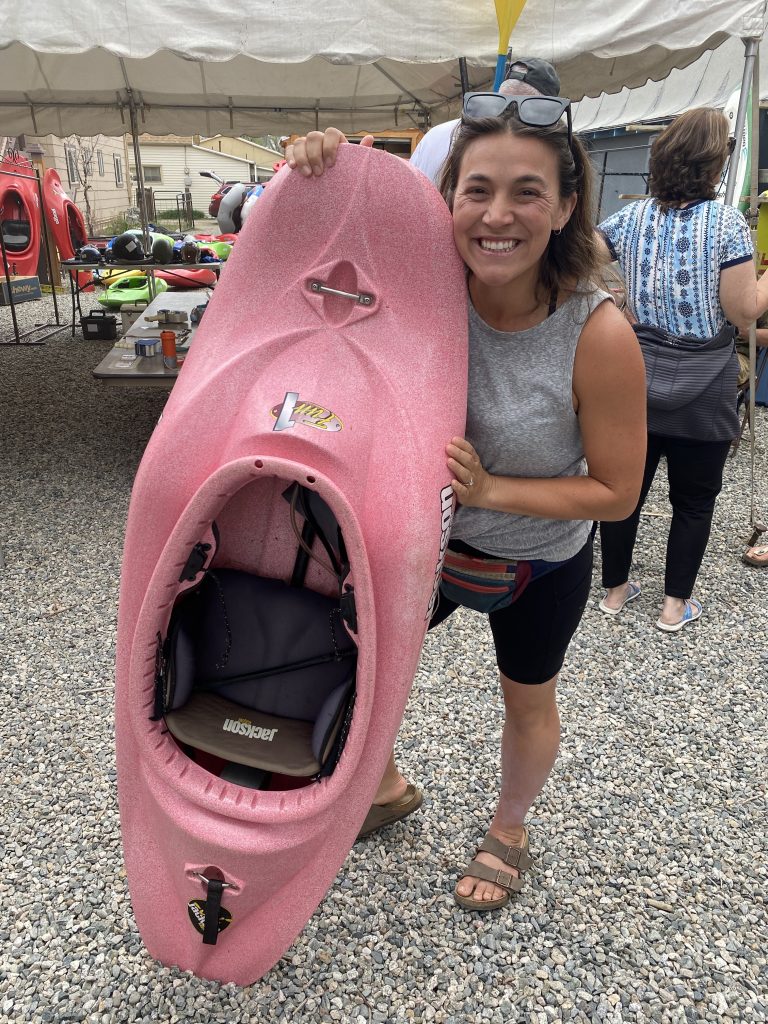 The next day we had two events, the Numbers Race and a Splat Challenge. The Numbers race was great with the largest amount of participants between all the events. The water levels were medium/ low so lots of people that would otherwise be afraid of the section could join in. This was also my first Numbers Race and with only two other runs under my belt it was hard to remember the fastest lines! It’s a 15 minute race and talk about betting out of breath at the end! I was lucky enough to have a fun crew to enjoy the race with- Anna, Makinley Kate, and Clay- Nick and I were sharing boats so I didn’t get to see him as much. I was close to Clay’s time but he still got me by 7 seconds!

The Splat challenge got creative, people were filling boats up with water, climbing up on rocks, doing cobra flips off rocks, and so much more! There were three rocks and a few other features- you were judged on a 1-10 system and style was a big part. I held a splat from one rock to another to earn myself 2nd place and 1st in Womens. Winning meant you got to pie someone- the entry fee was pie so with lots of pie to be eaten, one could be sacrificed to the face of someone of your choosing. Little did I know winning womens that I would get to pie someone else- Mason pied Abby Holcombe and I pied Uncle Clay. I may have also put part of my pie up Masons nose, which I later found out- burns a lot. 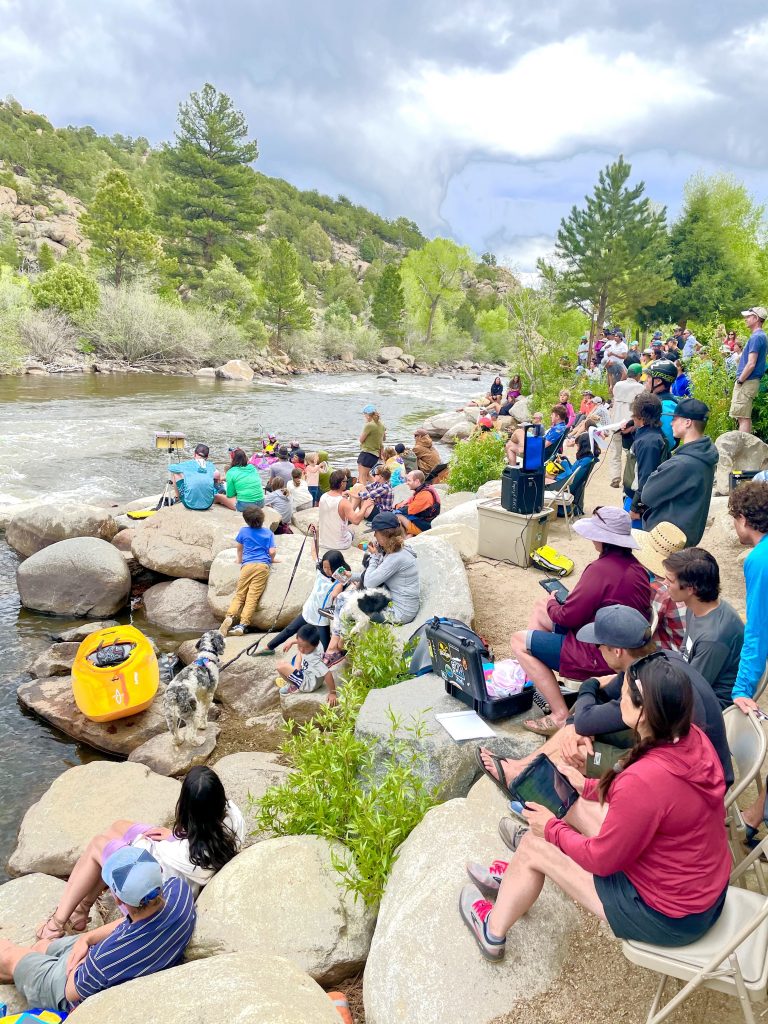 The last event was on Memorial Day- Monday- the Race to the Grill- a family style race event that ends at the grill on the water. This event I love because my whole family gets involved. This year Tucker paddled his own boat for the first time. He even had a flip where nick rolled him up, and he didn’t even complain for a second. I was super proud of him! Parker was in the front of the Duo that we rented from CKS Mainstreet and her highlight was seeing baby geese.

We ended the race and weekend with drinks and food at the grill with our friends and simply enjoyed how paddlesports brought us back to together. 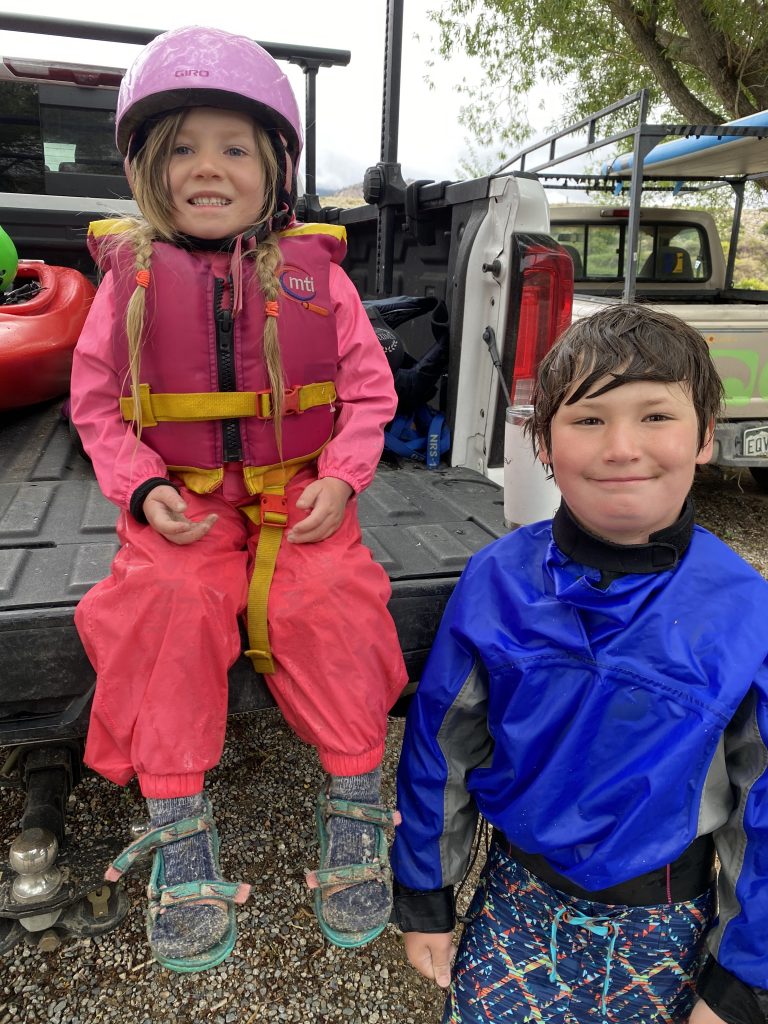 If you haven’t paddled at CKS Paddlefest- I highly recommend it in the future as it’s a great experience not only with the awesome stretches of whitewater and play features, but the way the river community rallies together to celebrate kayaking!

Happy Paddling to All and I hope to see you at Paddlefest 2022! Thank you to CKS Mainstreet for the hospitality and putting the whole event together!