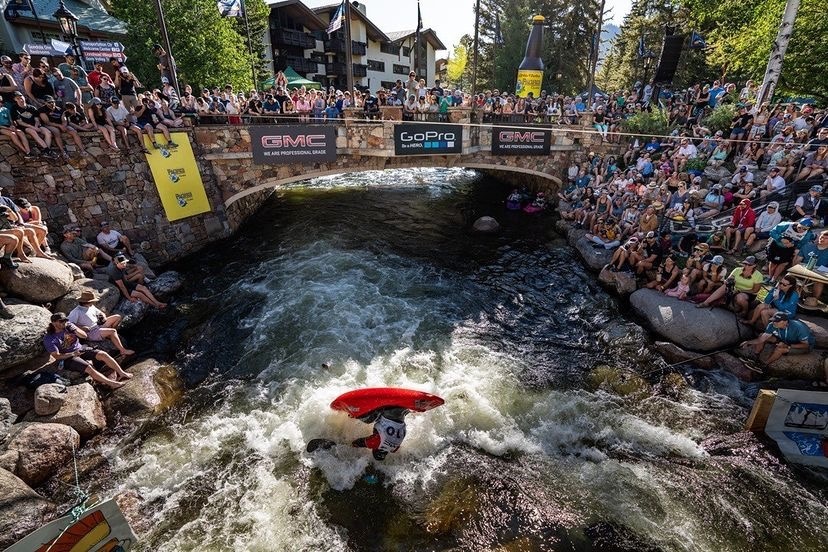 The GoPro Mountain Games are one of the country’s most celebrated outdoor events, featuring adventure sports, music, and art. From June 10th to June 13th, 2021, athletes and spectators from all over the world headed to Vail, Colorado’s mountains, trails, and rivers to compete in and watch tons of different events like whitewater kayaking, mountain biking, fishing, and many more. During the day, there was live music and art in the streets of Vail, and the fun didn’t stop when the sun went down. There were 3 nights of music including Yonder Mountain String Band and Bob Weir. There was also a daily live broadcast done by Outside TV capturing all the action. And even though the event looked slightly different than years past due to COVID, with fewer tents and a few events canceled, the 2021 GoPro Mountain Games was a total BLAST.

This year, there were 4 kayaking events consisting of the Gore IV kayak challenge that was a 4 mile downriver time trial through Class IV lower Gore Creek, down river kayak sprint, 8-ball kayak sprint that as kayakers sprinted down Gore Creek they had to avoid being knocked off by the 8-Ballers –kayakers waiting to attack the sprinters and slow them down throughout the course, and the kayak freestyle event. 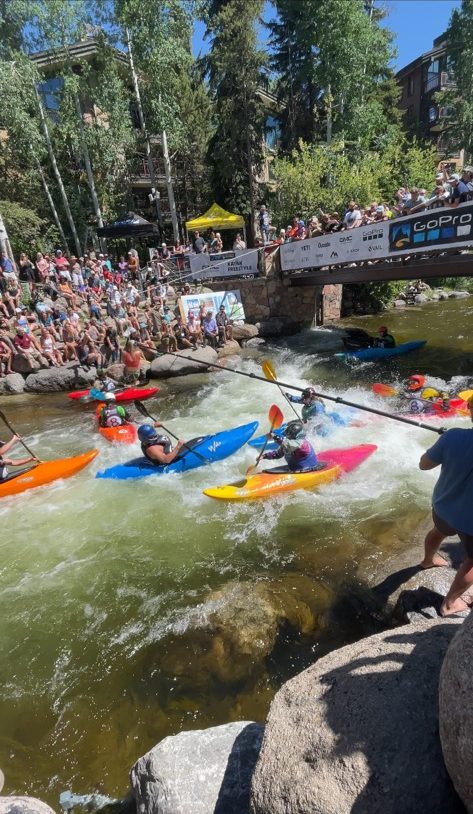 I competed in the freestyle kayak event that took place at a hole feature at the international bridge on Gore Creek in the Vail Village. The feature was a tricky spot as it was very shallow and dependent on the snow melt to provide water (the higher the better), with a trend of higher water in the afternoons. Even though the day time temperatures were in the 70s and 80s, the water temperature was around 38 degrees Fahrenheit, which is extremely cold. The feature also had bladders on each side of the hole that were able to be blown up to help direct water to the center of the hole. We also put in a board on each side of the feature to help direct the water as well. These adjustments really helped the quality of the feature allowing us to link together lots of tricks. The scoring for this event was ICF style scoring. For the prelims and semifinals, each competitor had 2 rides of 60 seconds each to throw their best cartwheels, loops, space godzilla’s, phonics monkeys, etc for the highest combined score to move on to finals. Competitors that made it to finals had 3 60 second rides where the best score counts. There were just men and women’s heats this year typically with the women going first. I made it to finals and finished in 4th place. 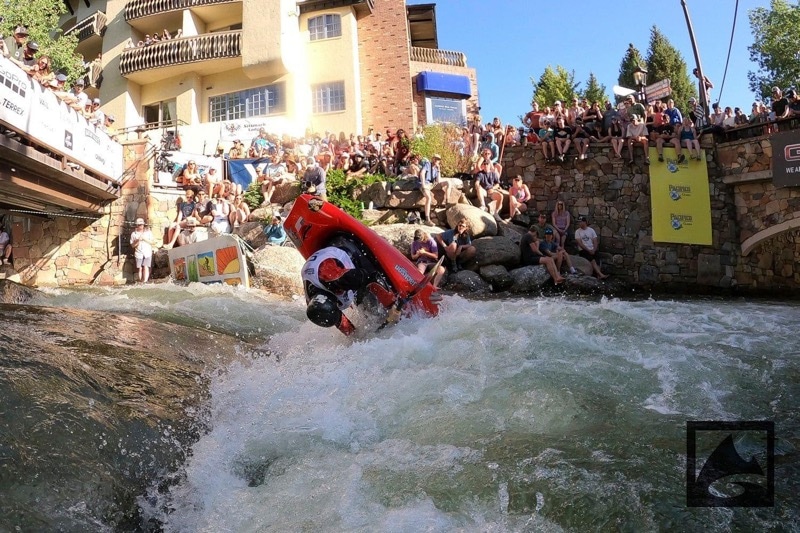 GoPro Mountain Games was my first ICF freestyle kayaking event and the biggest event I have competed in. I loved every second here. From the enormous crowds gathered at the international bridge to watch us compete and cheer us on each round, spending time with the other athletes on and off the water, figuring out the heats, start times, and my ride plans, all the way up to when the announcer called my name over the speaker before my rides just looking up for a second and taking it all in, and the celebrations after the event. I cannot wait to get back here next year!! I highly recommend checking this out!

Catch you on the river!