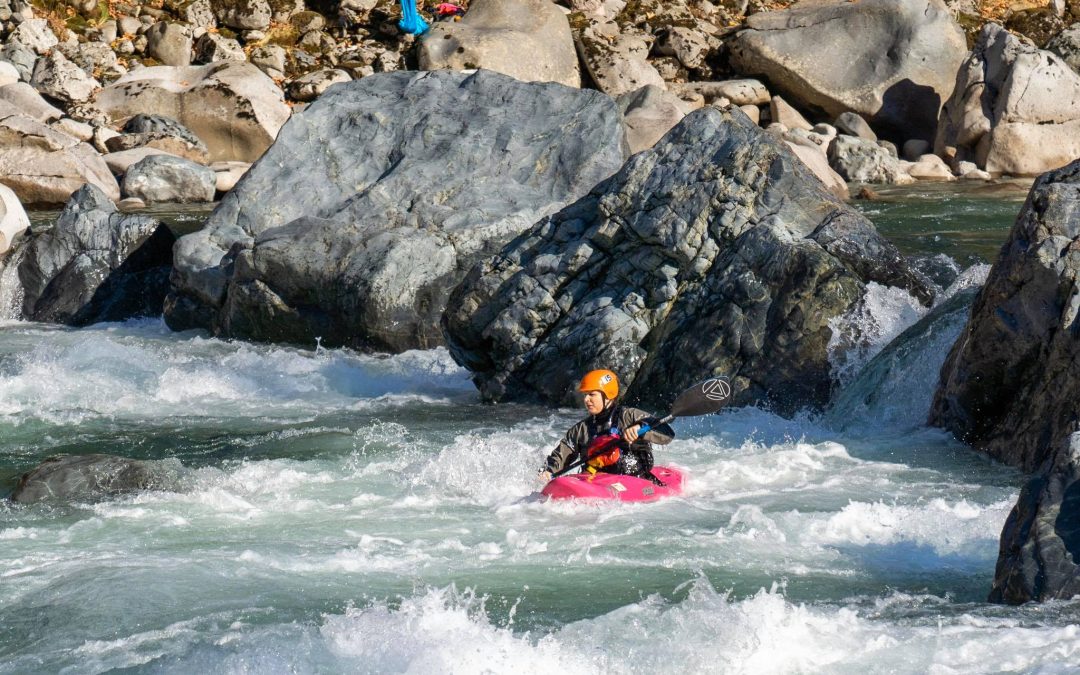 Flowing alongside U.S. Highway 2 on the west side of the Cascade Mountains in Washington state is the Skykomish River, affectionately known as “The Sky.” Maybe you’ve heard of it, maybe you haven’t. Or maybe you’ve driven by it on your way to ski or snowboard at Stevens Pass or Leavenworth, WA. But it’s a place worth your while if you’re visiting the Pacific Northwest. At different times of year, you’ll find kayakers paddling it at 500 CFS and others paddling it over 50,000 CFS. In either situation or at the typical 1,500 – 3,000 CFS levels, it offers year round joy to PNW paddlers with the appropriate skills to paddle there. It offers a section for beginners, a place to grow your skills as an intermediate, or a training ground for experts paddling the famous Stikine River in British Columbia. Just make sure you know which flow and section you’re putting on.

During the summer months, the Sky is mesmerizing. The water is clear and the surrounding mountain views are picturesque. Of the nearly 150 different places I’ve paddled thus far, I consider it one of the best destinations for a slicey kayak during the summer months. There are splat rocks that you could stay vertical for as long as you’d like. There are seams that offer stern squirts with minimal effort and maximum verticality. There are also several surf waves and holes throughout your trip down the river. On a blue sky PNW summer day, it’s really hard to beat a day on the Sky. I love the Sky in my Antix 2.0, MixMaster, Nirvana, and Rockstar. I haven’t tried the Dynamic Duo there yet, but I’m sure it would be a blast as well. Are you starting to check flight prices? 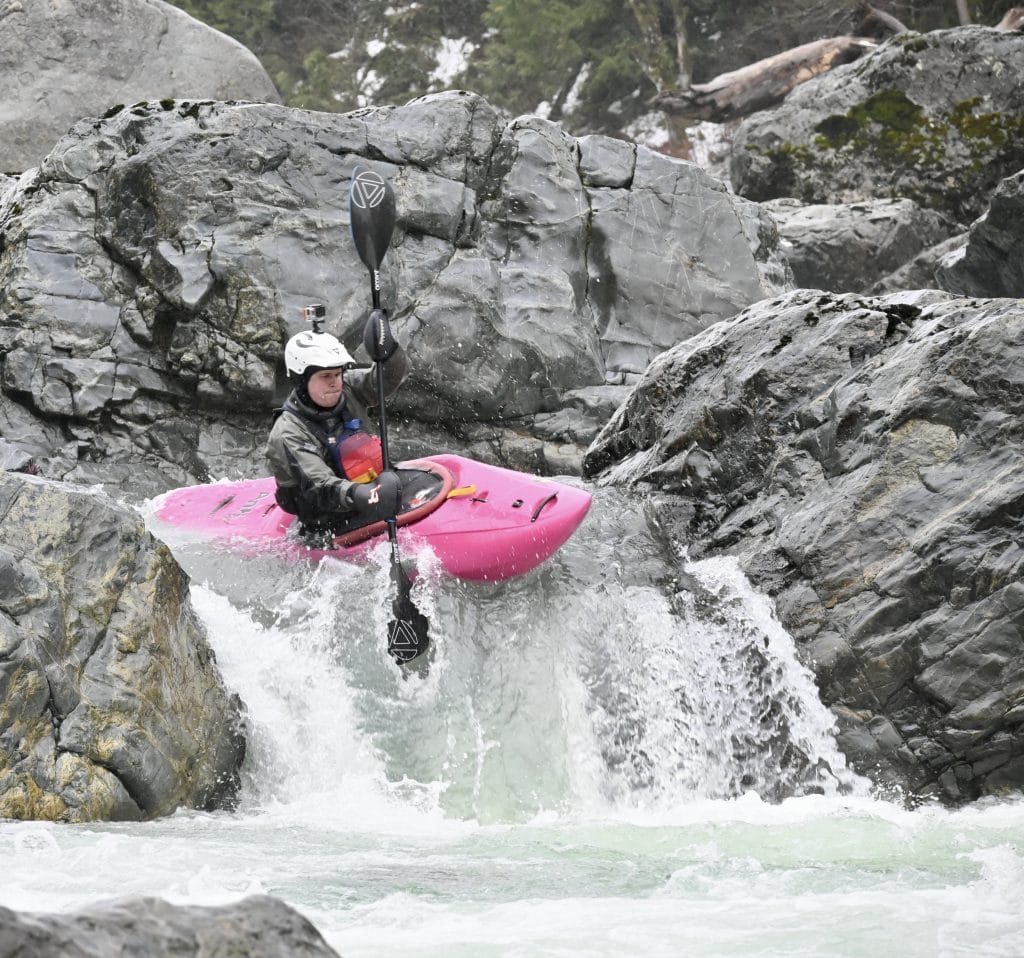 The main feature of the Skykomish River for paddlers is Boulder Drop, a class IV rapid offering several technical maneuvers, big rock features, and an endless supply of routes depending on your experience and skill. The rapid features three distinct parts: 1.) the entrance, 2.) the picket fence, and 3.) the runout. It’s a rapid that can offer a lot of challenge, a portageable rapid for those looking for an easier day, can be scouted quite easily, and often has a few photographers lingering about to capture kayakers boofing Ned’s Needle. Ned’s Needle is one of a few routes with a superb boof at typical flows in the “picket fence” midway through Boulder Drop. You do need to keep your guard up during the runout, as that’s where most of the action is. There are a few sticky holes in there that even capable play boaters will find difficult to get out of while upright. It’s hard to imagine such a glorious river being so close to the Greater Seattle Area. Seeing Boulder Drop at peak snowmelt is one of the most exciting and powerful things I’ve ever seen. 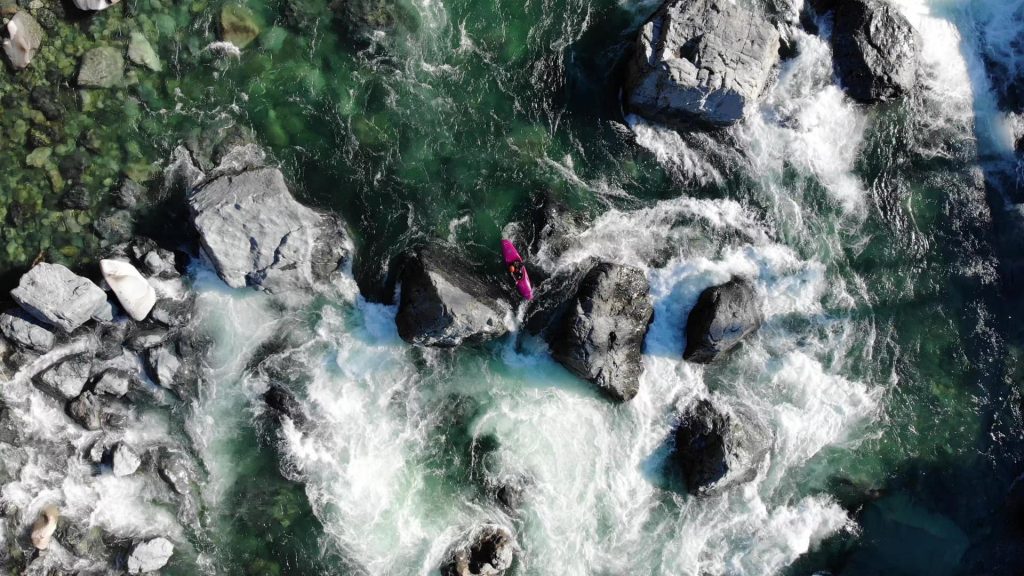 The Skykomish drainage is equally as impressive. Continue further on up the South Fork of the Skykomish River on Highway 2 and you’ll find the Foss River, Miller River, Money Creek, Tye River, Rapid River, and Beckler River. While the Beckler is class II-III at typical flows, most of the other common South Fork Sky runs are class IV or class V. Continue further on up the North Fork of the Skykomish River and you’ll find miles and miles of great whitewater on the NF Sky and rarely adventured creeks looking to offer a challenge. Each of these tributaries offers a different paddling style, difficulty, and flow to figure out. It’s a science to determine which of the Sky tributaries will be running after a heavy rain or during snowmelt. I’ve seen some of the tributaries flowing at a solid medium whereas others were a trickle over dry rocks. Sometimes you just end up driving there to check the flows in person. When this drainage is flowing, I find it difficult to think of a better place to kayak. The tributaries are continuous, narrow, and reminiscent of some paddling I’ve done in the Smoky Mountains. As any PNW paddler will tell you, it’s important to scout for wood when exploring these tributaries. I’m often surprised at how clean these runs are for the amount of trees in the surrounding area, but I’m always on the lookout. 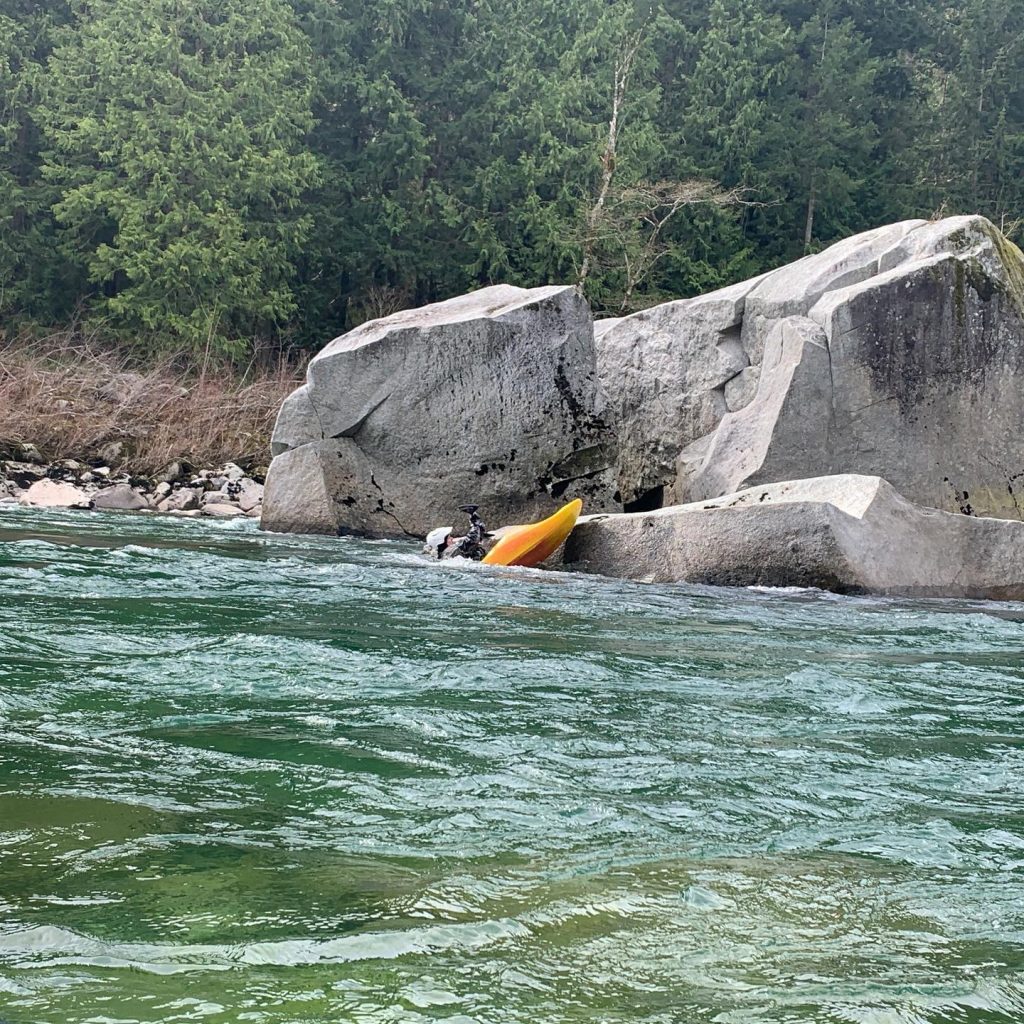 I consider the Skykomish River to be one of the best perks of living in the PNW. I can to the river and back home, making home well before dinner. I’ve even been able to paddle it a few times as an after work option. It’s also a great spot for multi-sport days, combining kayaking, hiking, mountain biking, or skiing / snowboarding. But be careful to not stay too long or you’ll be stuck in traffic on Highway 2 when all the folks hiking in the local area, or snowboarding at Stevens Pass, or visiting Leavenworth are heading home. It’s an awesome problem to have with so many people exploring the great outdoors! But seriously, that traffic can get really brutal. 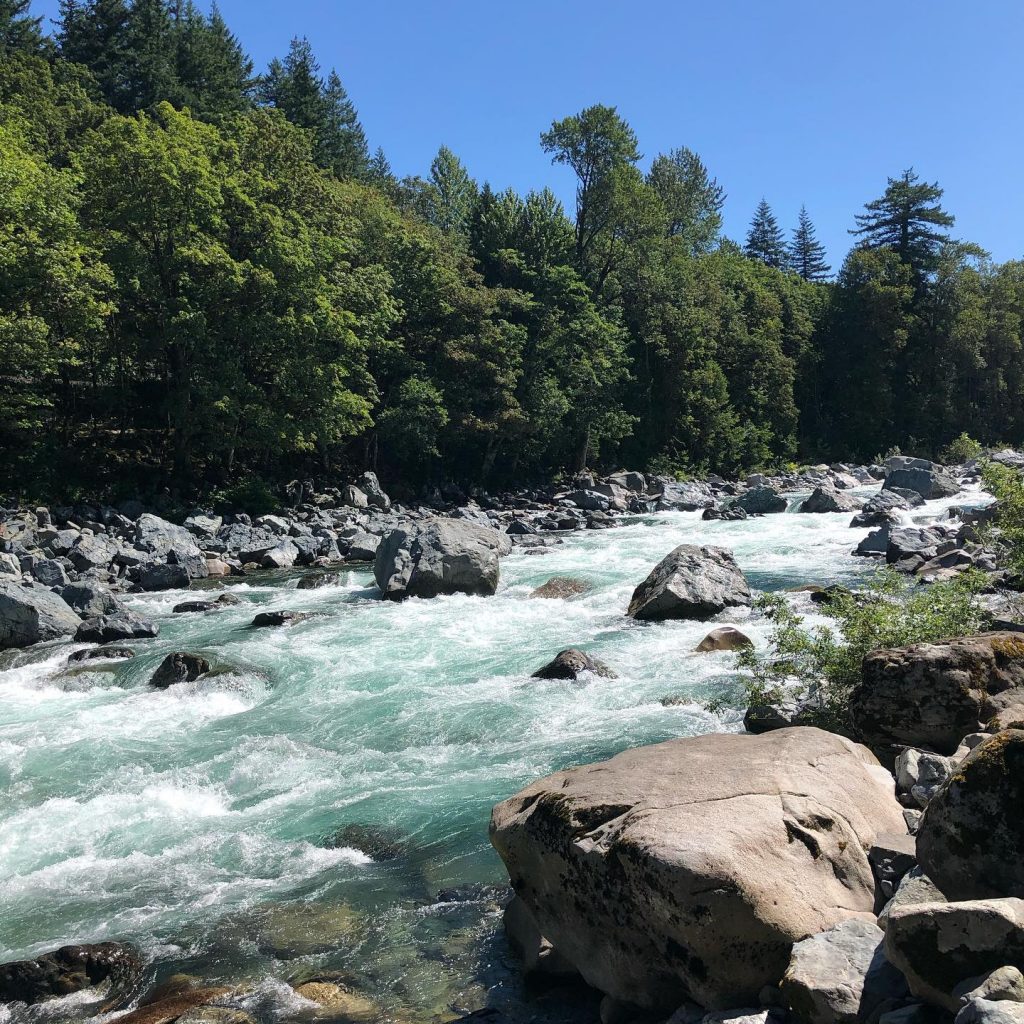 P.S. I recommend making a stop at Sultan Bakery on your way to or from your Sky trip.