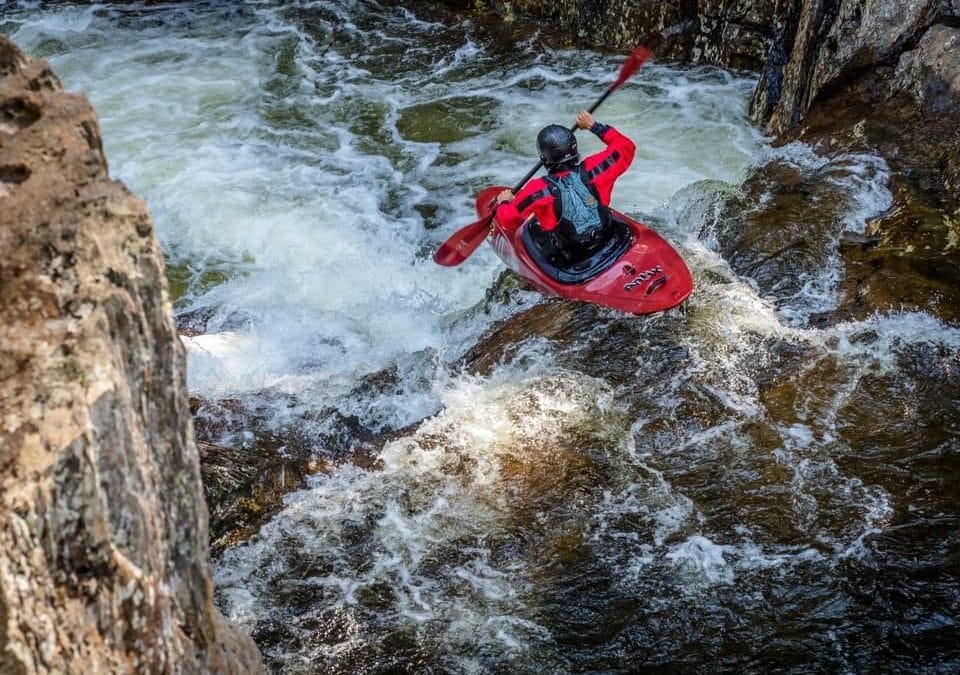 Race season has sprung up here in Maine! Smalls to the Wall is the stoutest race in New England. Held on a short section of the Sandy River near Rangeley, Maine, it drops nearly seventy feet in under a tenth of a mile. It brings in quite the crowd of rowdy boaters and locals looking to get a quick glimpse into the steep world of whitewater kayaking.
It’s been a dry spring here in Maine, and the lack of water bumped one of the best races in the Northeast to a less exciting section of whitewater. Smalls was out of play.. and the race had to be moved to an adjacent section of river only a quick skip through the woods from Smalls Falls on Chandler Mill Stream. Chandler Mills is a series of three slides with a total drop of forty feet in a tenth of a mile. It is a smaller and less steep run compared to the not so far away Smalls, but nonetheless, the water was running and people were coming for a race. There was no lack of energy and people were happy to be in their boats, on the water, and spectating the show. 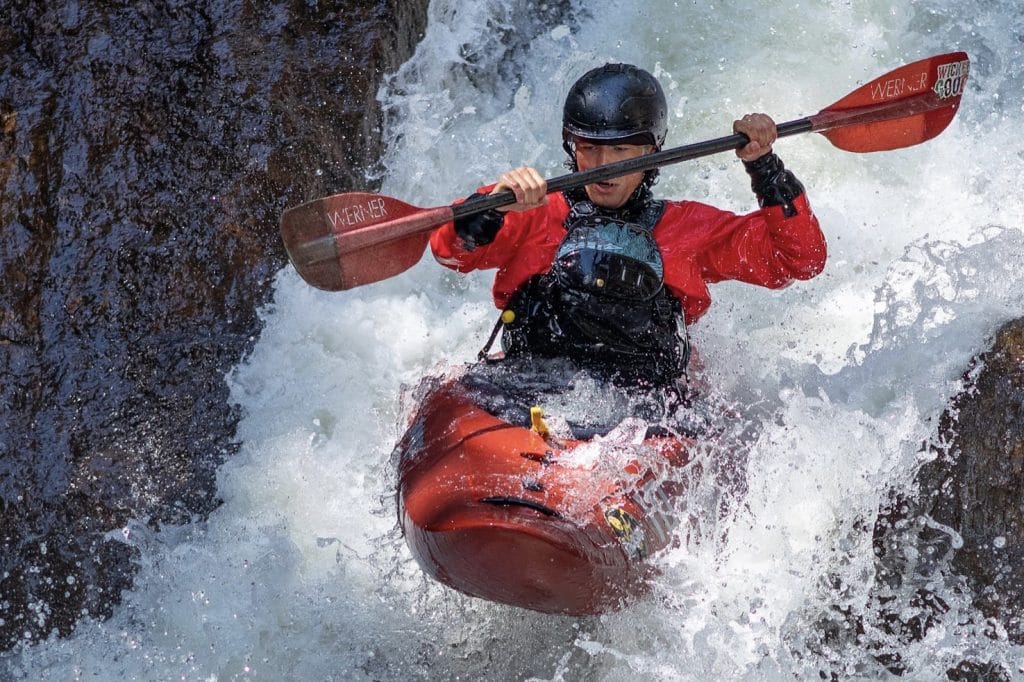 This year went off as an exciting celebration of boaters regardless of the water flows. There were twenty-six boaters who showed up to race and over two hundred excited spectators lined the walls of the tight gorge.
Even though the racers were disappointed when the sixty-degree spring temperatures didn’t bring enough snowmelt down from the mountains to get the levels up for Smalls, Chandler Mills was a great plan-b stretch for the race. Overall everyone had a sick day. People started off bummed about the low levels, but the sun, the crowd, and the good vibes of race day had everyone stoked to be together and on the water to kick off the season up here in Maine. 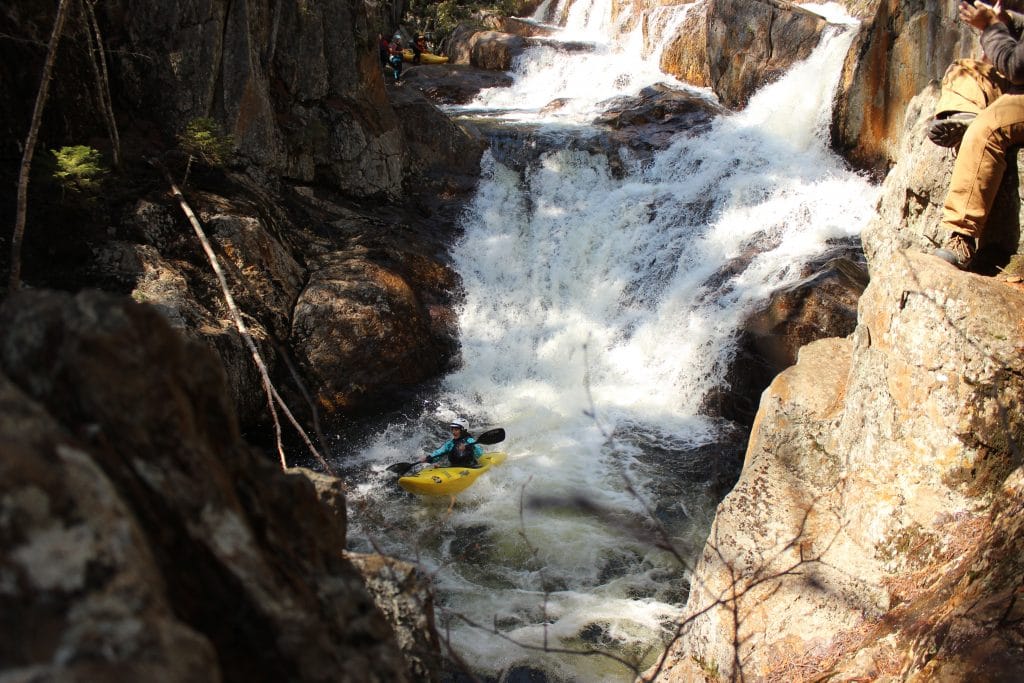 One positive of racing on Chandler Mills instead of Smalls Salls was that I got to take out my new Antix 2.0 for my race runs and a couple of play laps in between. The Antix kept right up with much longer boats and the compressed stern allowed for quick maneuvers and easy boofs in the narrow gorge. And unlike many of the other boaters, I was able to enjoy playing in eddie lines in between race laps.
I’m psyched for some warm weather hitting the north and hopefully we get a couple of good rains to bring Smalls up for some much-needed waterfall laps, but for now, I’ll be happily stearn squirting on low water runs in my Antix 2.0 and praying to the rain gods.