High Water On The Nile 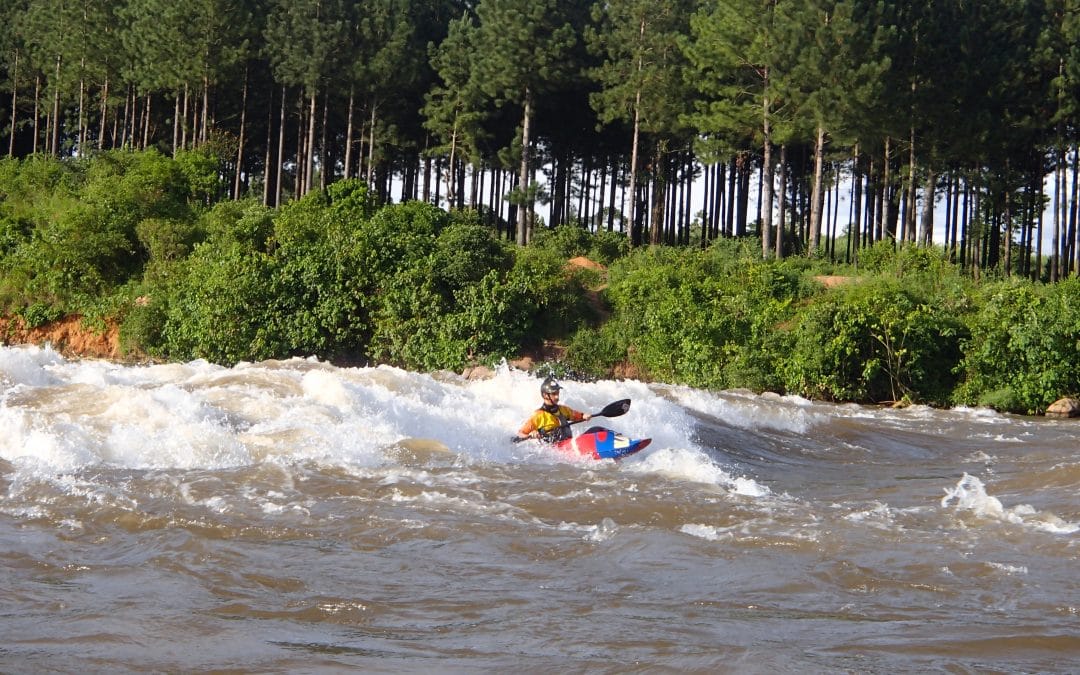 High water on the Nile has all new meaning with the massive releases from Lake Victoria through Owen Falls Dam, the dam at the source of the Nile where Lake Victoria ends and the Nile begins. Though I had heard about it from Sam Ward of Kayak the Nile and seen a couple impressive photos – there is no substitute for experiencing it first-hand. The water has not been this high since 1962, long before anyone who is currently here can remember seeing the river. 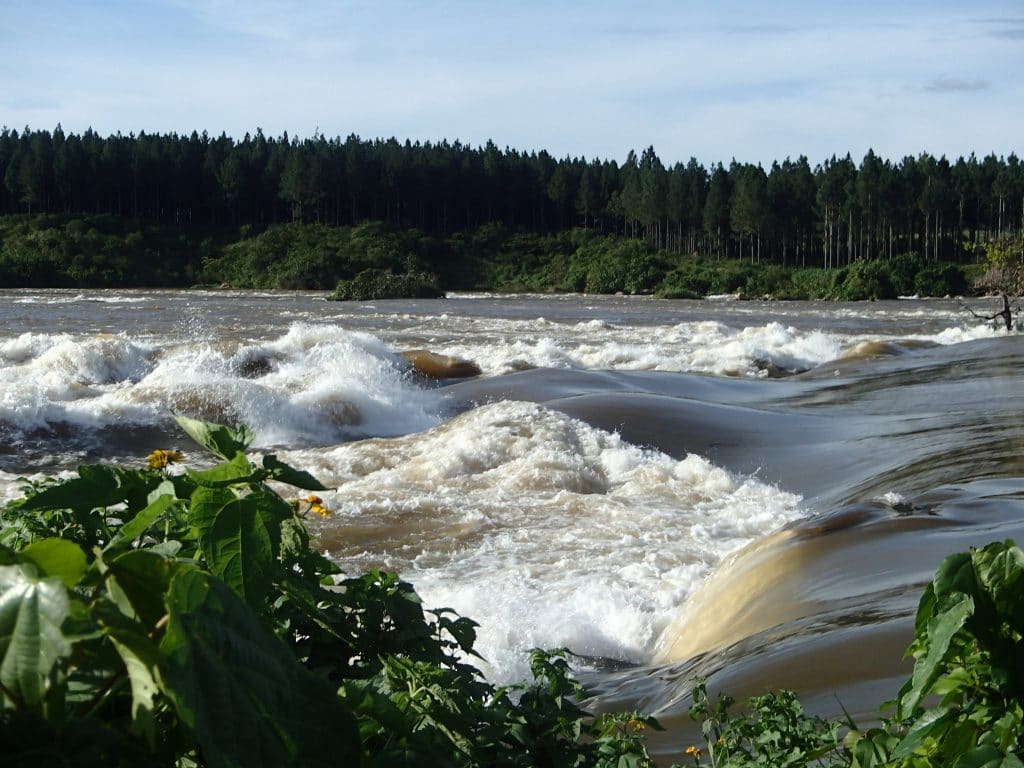 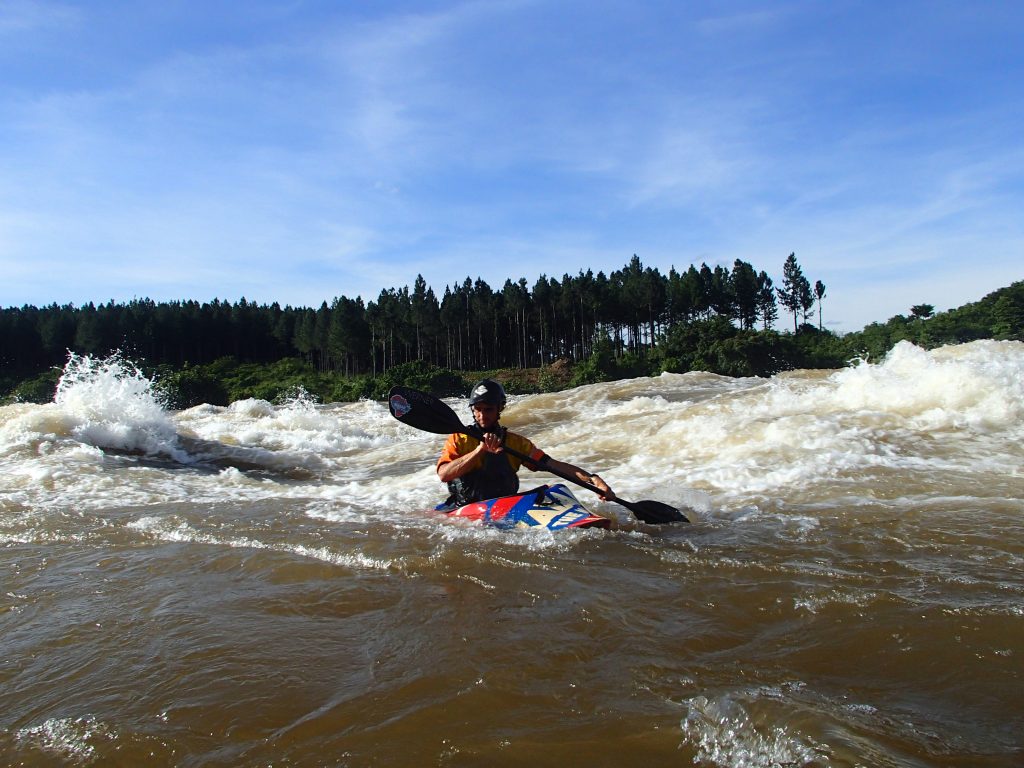 The first channel we paddled down was the Zebrufka channel – this used to be a small narrow technical channel with a rock in the middle that made the water take a sharp left turn. Now, the rock is under water and makes a large intimidating looking pour over behind the Zebrufka wave. Zebrufka wave looks quite good – a nice medium sized wave hole, like a mini Garburator. Sam did a few blunts and afterwards running down the wave train leaving the pour over well to his right. I was feeling a little too intimidated by the pour over to give Zebrufka a real chance but it sure looked good. 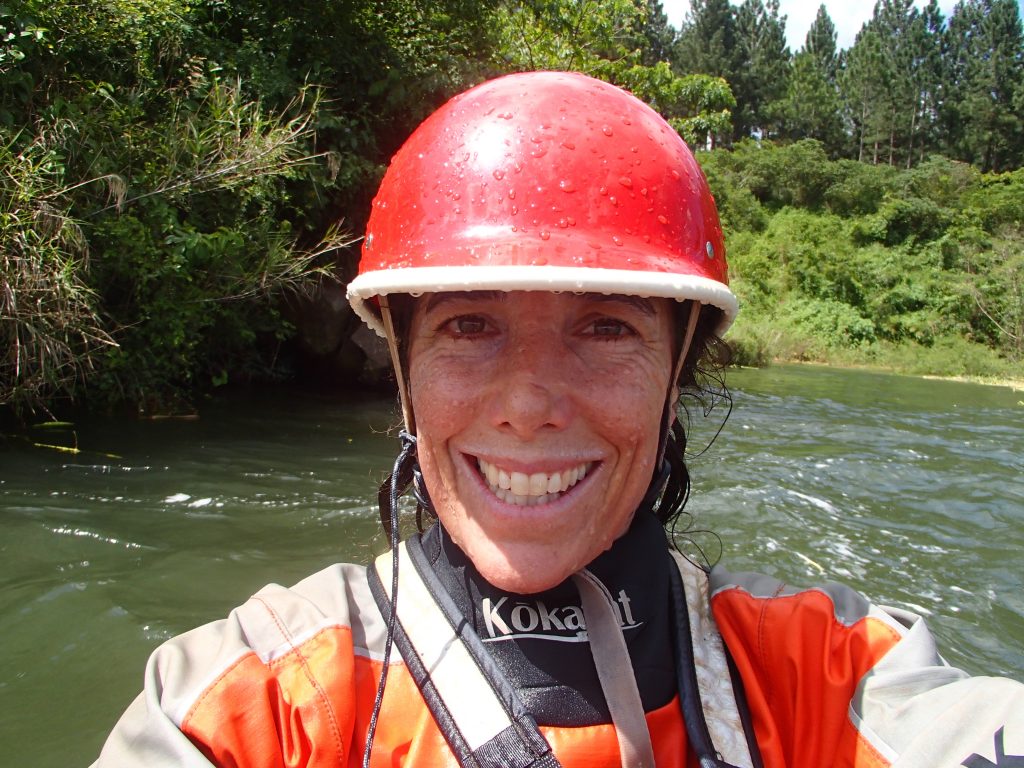 Next, we did a series of big water ferries to get to the eddy on river left of the main Bubugo rapid. At high water, what was the death pit on Bubugo becomes a huge green wave with occasional break on it called Aaah wave. Once you see the wave, its easy to see why the name is so fitting! Sam and I traversed the little jungle island on river left of Bubugo and had a good view of the wave and rapid below. At this level, the wave was breaking and not glassy green as I had seen in photos before, but it is huge, unfortunately not the best for surfing.  However, running through the big wave train looked awesome, so we decided to do that.

With the volume of water and a semi blind entrance, we had to do a big paddle upstream and towards the river right side to get properly lined up. All the accompanying adrenaline of dropping into something big and unknown comes with the run and really that’s why we do this, right?  There is a very fun ramp and upward climb up a green wall of whitewater that is the entrance to the wave train. It builds and breaks like almost every wave train on the river but just on a much bigger scale than anything else I had been running of late. Sam had a nice clean line through the green super highway and when I got there the wave broke over my head. Soon I was upside down and rolling up, still where I wanted to be but under water for the next wave in the train. After our exhilarating run down, we ferried back across to Super Hole and had an awesome play session there. 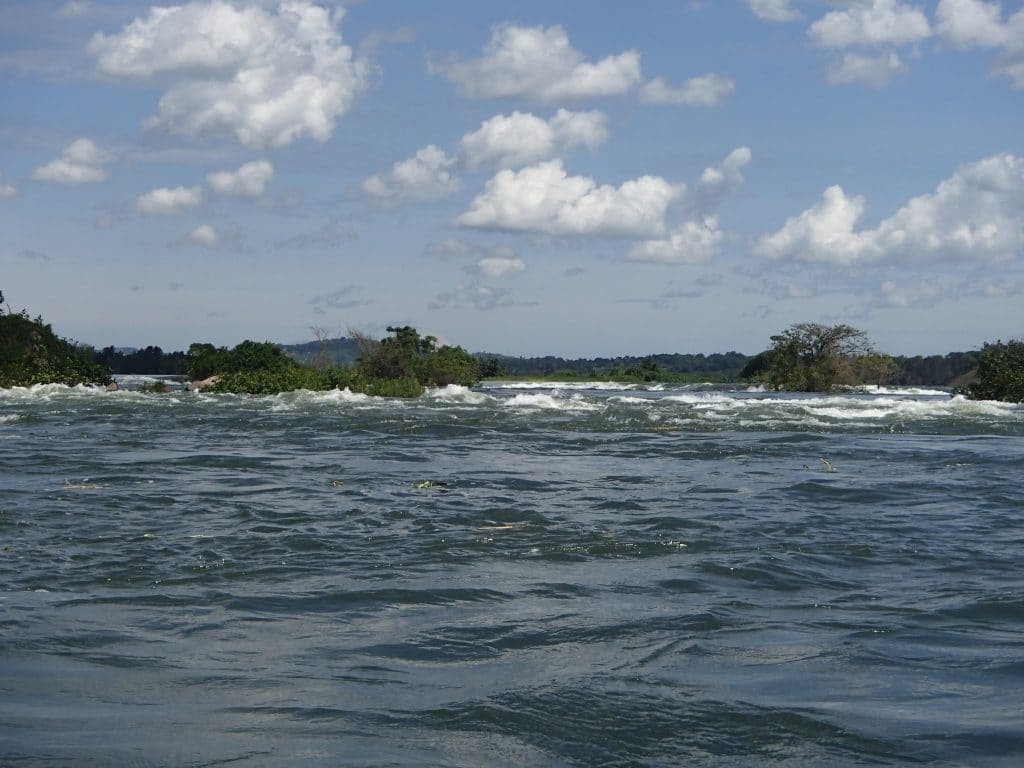 As Sam pointed out and I totally agree, Super Hole is one of the play features on the Nile that remains good at every level. There is always something good there – with eddy service! At this level it is more super Wave than Hole – but regardless – great fun! We ended our excursion with a trip to Retrospect rapid which has a great surf wave with eddy access at this level – another fun feature to explore at this level! Overall, the Nile just continues to provide amazing play in a stunning setting with warm water – how can you beat that?