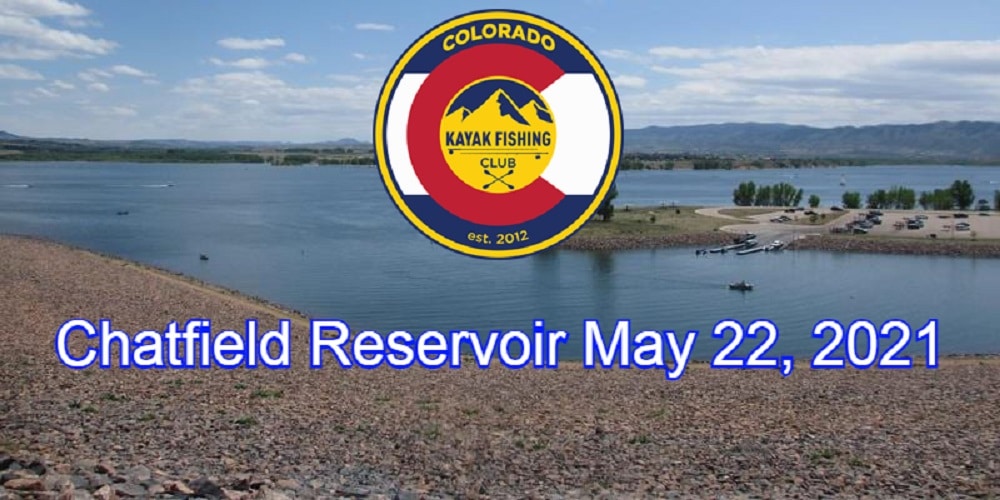 The Colorado Kayak Fishing Club (CKFC) held their second bass tournament of the season on May 22 at Chatfield Reservoir in Littleton, Colorado. Thirty-nine anglers signed up for the event with question marks surrounding how well the wind would treat them throughout the day. Gusts of wind were prevalent in the days leading up to the tournament and were forecasted to continue over the weekend. However, different forecasts were made regarding wind speed on Saturday so the tournament went ahead as scheduled with many anglers prepared to call it a day early. However, the wind never got out of hand, and overall, it was a pleasant day to be on the water.

Personally, I did not get the opportunity to prefish the lake going into the tournament, but I had devised a game plan based on my limited experience of fishing Chatfield. I decided that I’d launch my Bigrig FD in the southern part of the lake and focus on fishing gravel pits for prespawn smallmouth. I began my day throwing a jerkbait looking for active fish, but with no takers I switched over to a green pumpkin Zoom Speed Craw texas-rigged with a 3/0 Trokar TK 110 EWG worm hook and a 3/8-ounce green pumpkin tungsten weight. I began dragging the craw along the edges of the gravel pits and got my first fish about thirty minutes into the day: a 12.5-inch smallmouth. Over the next hour I caught about six more smallmouth in the 13 to 15.5 range and was sitting on a limit of 71 inches. After that, the bite really slowed down for me. I would fish for about an hour before catching two or three bass in a few casts, and then go another hour without a bite.

As the day wore on, I entered a two-hour period where I wasn’t getting any bites. It was at this time that I decided to upload my fish to TourneyX and check the leaderboard. As I began to upload my fish, I realized that one of my fish I had taken a picture of was no longer in my gallery. I had only taken pictures of my top five fish while keeping track in my head of my smallest fish. The fact that I was missing a fourteen-inch fish meant that I only had five fish to submit with my smallest being the first 12.5-inch smallmouth that I caught to start my day. I only had about an hour left to fish and desperately needed a couple more fish to fix my error. As if things couldn’t get any worse, my fish finder battery died on me which was crucial in fishing my offshore spots. 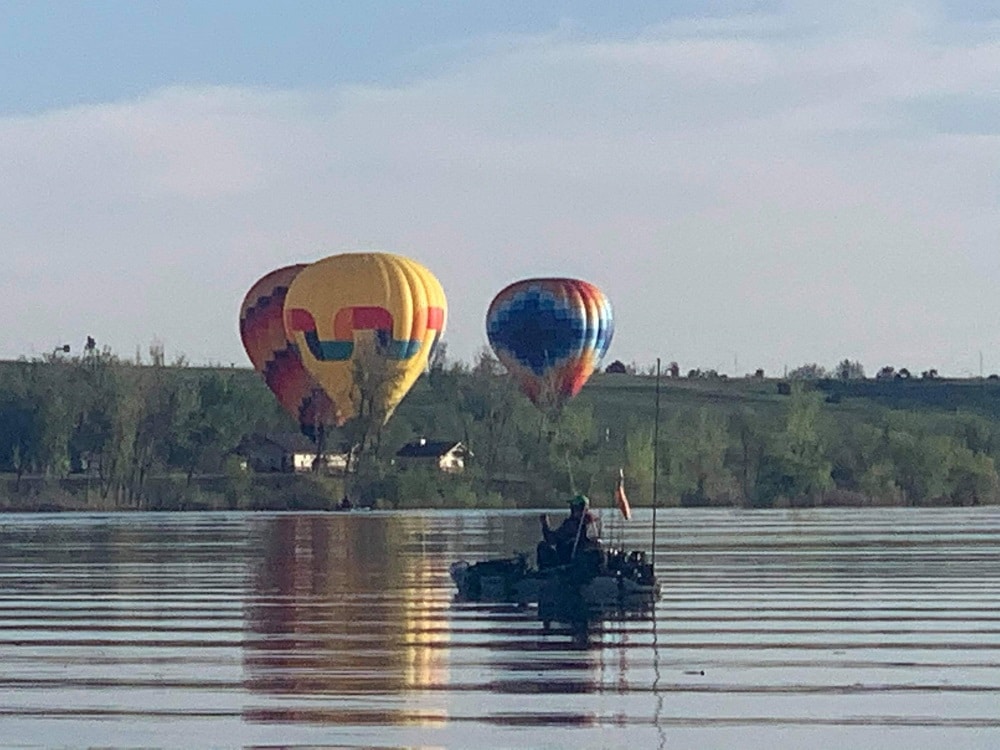 I decided that I was going to stay offshore and blind cast in the same general areas that I had been throughout the day hoping to pick up two more fish. I struggled to get bites doing this until about ten minutes left in the tournament when I had a fish thump a ned rig. I caught that fish and measured him with seven minutes to go. The fish came in at 14.25 inches and culled out the 12.5 incher. My smallest fish was now 13.25 inches and my total length was 71.25.

At the weigh in, my 71.25 was enough to take fourth place. Had I not made the blunder with my lost fish, I would have had an even 72 which would have put me in the money at third place. I had an empty pit in my stomach on the ride home knowing that I could have easily taken a couple extra pictures for insurance, but that is part of tournament fishing, so fourth place is where I belonged after making the error. 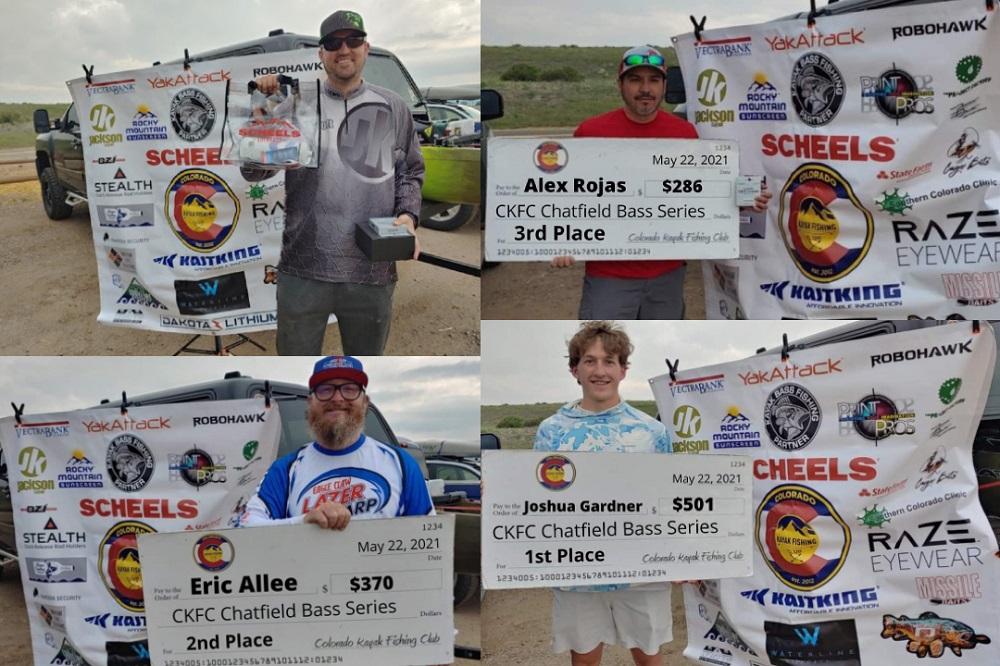 In third place was CKFC board member Alex Rojas who caught the majority of his fish on a drop shot. In second place was Eric Allee who caught his fish using the one-two punch of a Trokar Swing Head Jig rigged with a rage craw and a ned rig. In first place was eighteen-year-old Joshua Gardner who became the youngest person to win a CKFC tournament. Joshua won the tournament by finding a mixture of smallmouth and largemouth in the very southern area of the lake. He caught his fish on top water and weightless senkos. Joshua focused on casting in areas that were void of cover and letting the senko rest on the bottom for up to thirty seconds at a time. He would then drag the bait for a bit before letting it rest for another long period of time. This technique caught him the big bass of the tournament, a 19.5 inch largemouth, and his total length on the day was 78 inches!

I would like to thank the CKFC board for once again putting on a great event! A good time was had by all the anglers with many of them winning giveaways from all of the club’s great sponsors. We are all looking forward to the next event scheduled to be held on Horsetooth Reservoir in July!