Ever had one of those days when the fish seem to have disappeared? The same baits they were slugging last time they are snubbing this time. You could change locations or……change lures. With most gamefish they are equipped with great eyesight, add clear water to the equation and now you’ve really got problems. What could previously pass as a meal now is visually magnified and more identifiable as being “bogus.” In the past I have stubbornly resisted changing and continued to cast magnum monster size bass baits think BIG baits = BIG bass. Often this leads to one or two bites a day, and not necessarily the big fish I had hoped for. Years of experience have taught me a different tactic to try on tough days. GO SMALL. 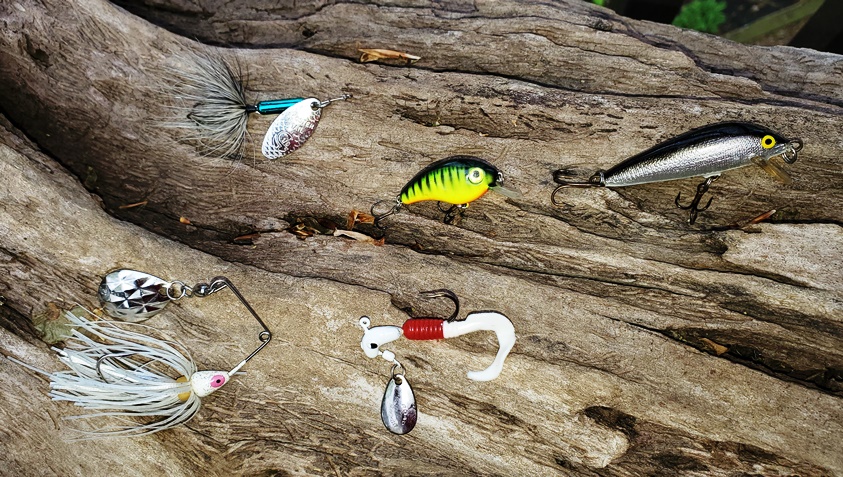 Most baits, regardless of target species, come in multiple sizes. While being marketed as bluegill, trout or crappie lures they work wonders on fish of all sizes. Downsized lures do in fact catch the other types of fresh and even salt water fish but also prove effective for larger of the species. For me a six pound largemouth bass, giant crappie, huge catfish and others have fallen for the diminutive fakes. The smaller lures aren’t recommended for muddy water but are highly effective in clear water. Take a page from the trout fishermen, they routinely offer microscopic flies to tempt trout. In clear water anything from poor presentation, to sloppy casting is accentuated and can be easily spotted by the fish. This is exactly why larger lures, even poorly presented in murky water conditions, remain effective. 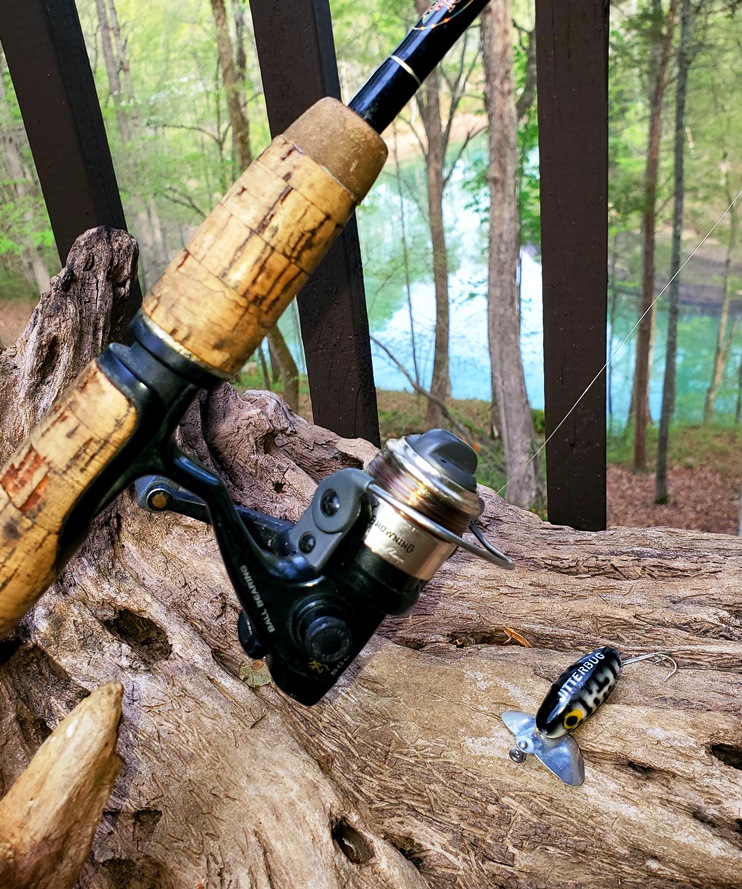 Another likely adjustment is the setting aside the baitcasting gear and switching over to the open faced spinning lightweight combinations. A longer fishing rod facilitates the cast of any size bait try 6 ½ to 7 ½ models, couple that with lighter line (2-8 pound test) and you can make the long casts to the spooky fish. Recently I’ve experimented with braided line on the spinning gear and was happily surprised by the disappearance of the inopportune coiling off of the line commonly associated with spinning rods and monofilament line. With use of braid I attach a fluorocarbon leader about half the length of the rod. I connect the two line with a “blood knot.” (Internet search for further directions) 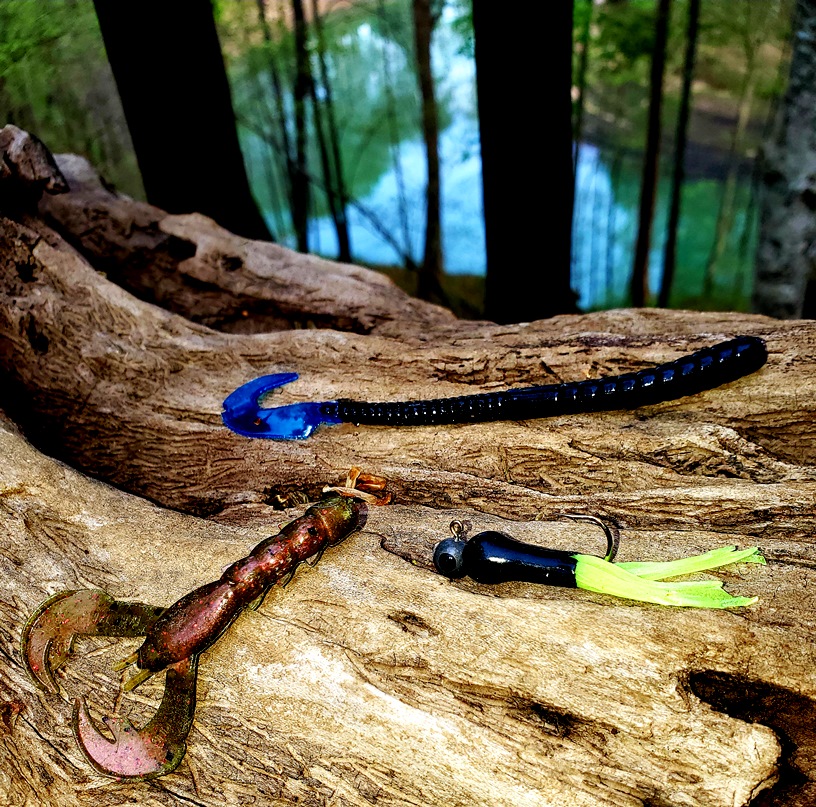 For the same reason the adult size baits work, shape, color and action the “junior” version will catch fish. If it’s numbers you’re looking for rather than getting “your string stretched” the littler lures are the ticket. Most manufacturers have over the years yielded to the marketing ploy to offer the standard models in various stages of size. Magnum to mini, crankbaits, spinners, jigs, soft plastics and top water creations all exist for the frustrated fishermen. Most baits would be fished in the same areas, around the same cover just on the previously mentioned more desirable spinning outfits. The exception could be the in the “feel” bait category, jigs and soft plastics. While not everyone is comfortable launching lures in the ¼ ounce weight class on baitcasting outfits it can be done. My regular selections for the type of fishing fit into a super small plastic tackle box. Smaller boxes are handy in the kayak where storage space is at a premium and often that same box has redundant time tested baits in a few different colors. 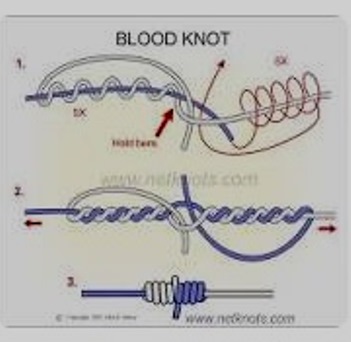 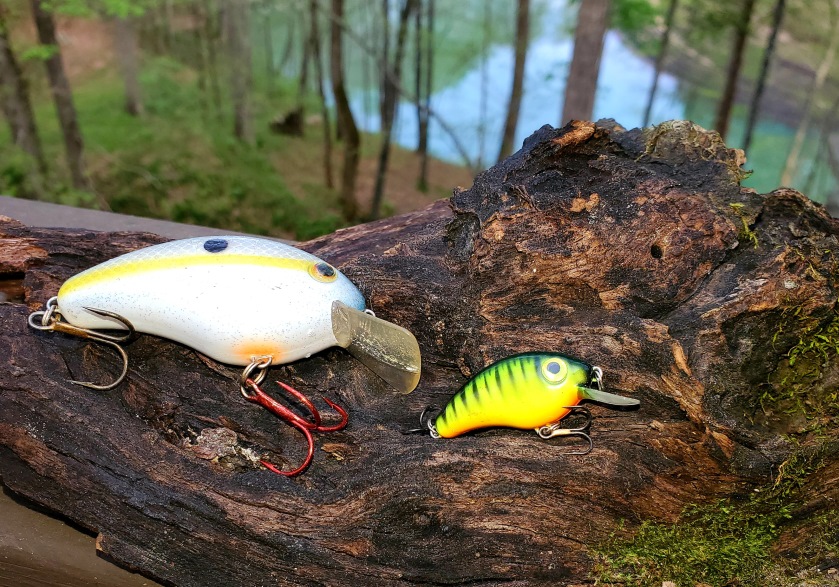 Often referred to as finesse fishing the smaller baits are in many instances the easiest answer to tough fishing. Smaller lures and slower retrieves have saved the day for me on many trips. In smaller waters, ponds, creeks, stream and smaller lakes this category of baits is far and away the best bet. If I were relying on my catch for my meals it would be a simple decision as to what to tie on my rods.
As is often said, “It’s a small world.” 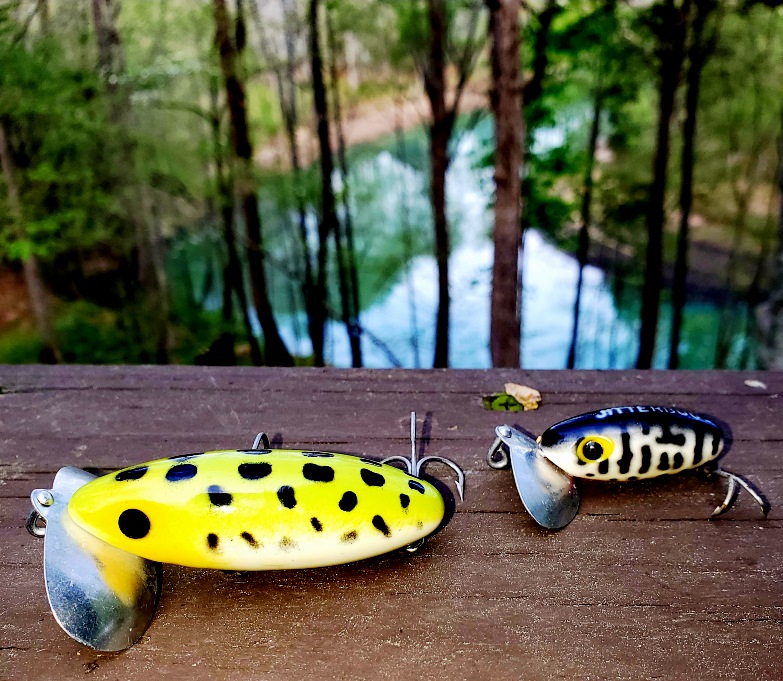