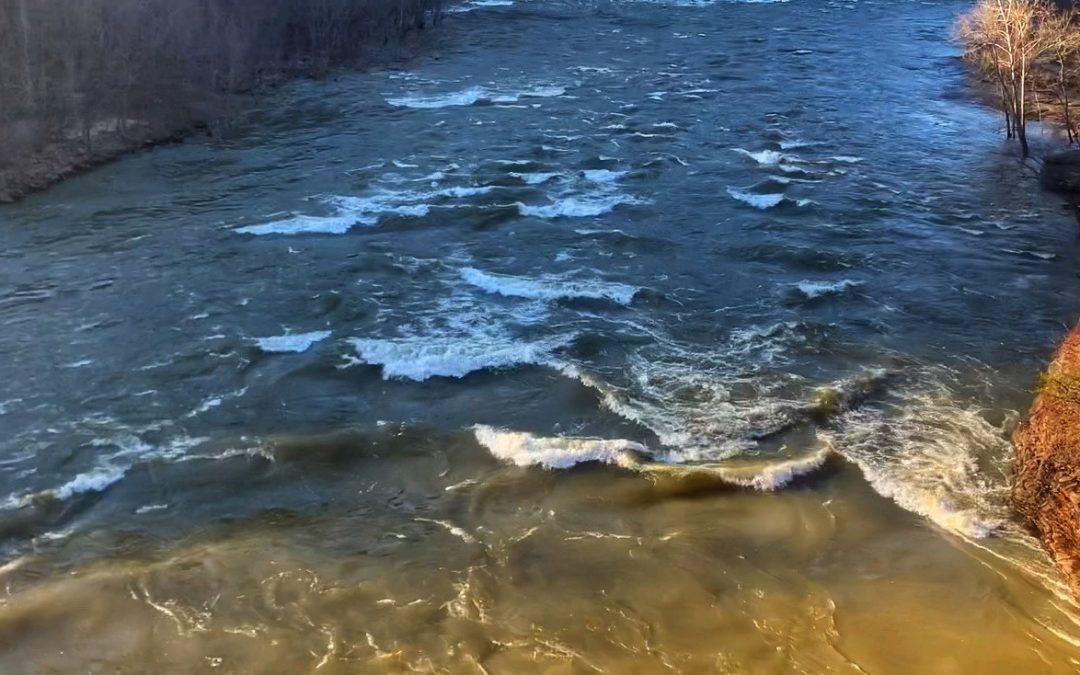 The New River Dries is a section of the New River located in wild and wonderful West Virginia. When the river is high, water overwhelms an upstream dam and pours into the Dries, forming big waves and making the Dries a freestyle kayaker’s paradise. I first saw footage of these waves three years ago, when I was brand new to freestyle kayaking, and knew I had to get there one day. I started looking into big wave surfing and training to get into shape to surf these waves. I worked really hard on my freestyle skills in order to be able to surf this caliber of waves. Early on, my goal was simply to be in good enough shape to get on the waves, surf them, and then get back to shore. Throwing tricks on these waves had not entered my mind yet. I finally had the opportunity to hit the Dries a couple of weeks ago after some heavy rain. I headed up to WV and met up with some friends who showed me the ropes, and we spent the days hanging out and surfing our faces off. The scenery was just as epic with the trail overlooking the waves, which are down in the New River Gorge.

There are several different waves depending on the levels but the wave I got to spend time on is known as the Dries Wave. The Dries Wave was by far the biggest wave I have surfed yet. As I was standing on shore looking at this wave for the first time, my eyes popped out of my head at how big it is in person. The Dries Wave is located in the middle of the river and surfing it requires some stamina before and after your rides. There is a wave named Sloppy Seconds lurking right behind the Dries Wave that sometimes will catch you when you are tired after long rides, but just surf it out and hurry to shore where there are several eddies, then prepare for (what felt to me like) a LONG hike up the trail afterwards…Luckily I have been working pretty hard on my fitness off the water attending Crossfit classes 4 to 5 days a week which really paid off with allowing me more rides. I really enjoyed the Dries Wave because it was fast and steep but I had time to move around and get a bounce for bigger tricks without being stuck in the foam. It was slightly retentive letting me stick tricks and not flush, but it wasn’t “scary retentive”— you could flush off the wave when you wanted to. I was able to throw several tricks and put together some solid rides consisting of spins, roundhouses, blunts, and back blunts. If I timed my blunts right I felt like I was flying. This wave allows most every wave trick you can think of. 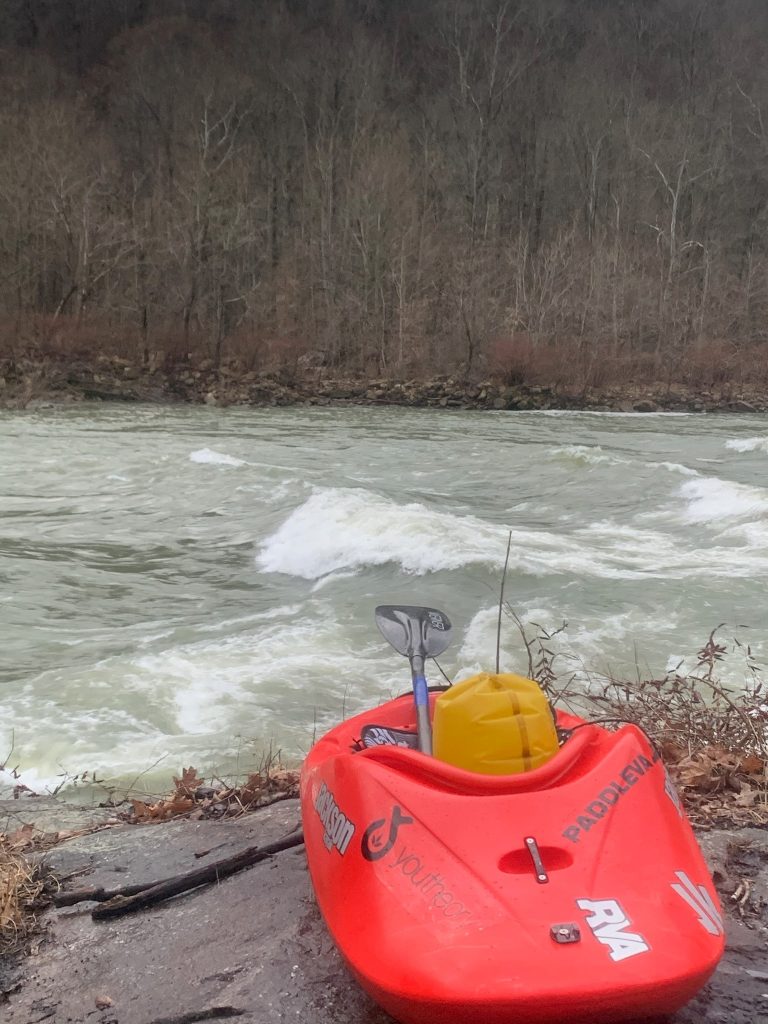 The New River Dries are by far my favorite place to surf. Although the Dries don’t often come in, I was lucky enough to get in 2 weekends in a row with gorgeous warmer weather for March. I absolutely cannot wait to get back here and I’m excited to try and get bigger air on my tricks and learn new ones next time!

Check out the footage below:

Catch you on the river!