Tips when you are new to big water kayaking 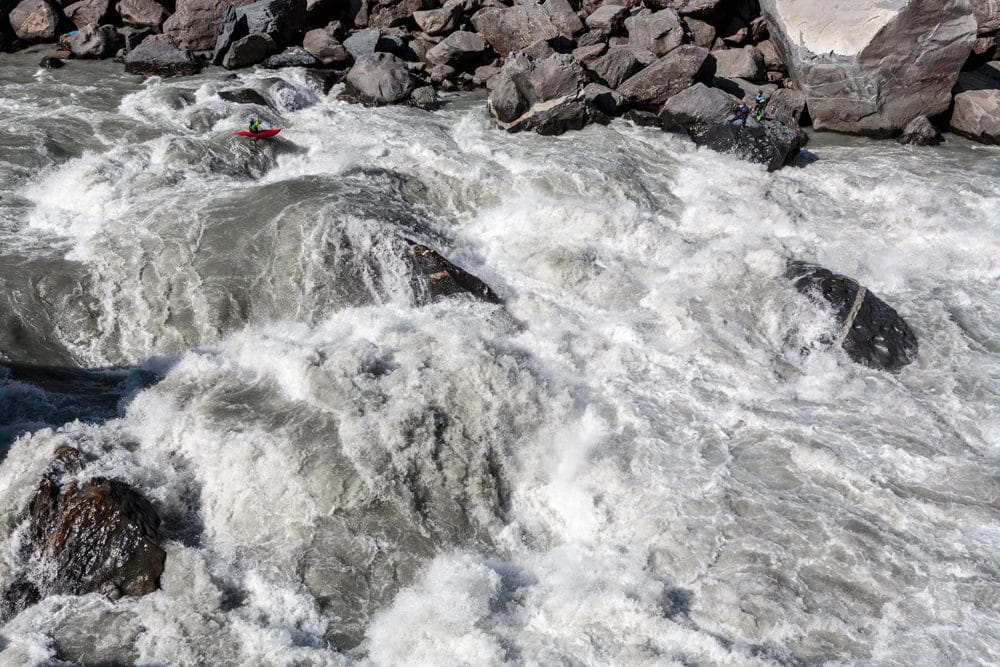 Big rivers tend to be intimidating… at first. Everything is so much bigger than what most paddlers are used to. Huge waves, massive curlers and giant holes. Eventhough it might seem scary, it is actually super fun once you get the hang of it. Just because it is bigger doesn’t necessarily mean it’s more difficult. Personally, big water kayaking is one of my favourites! Here is some tips that might help when you are new to big water: 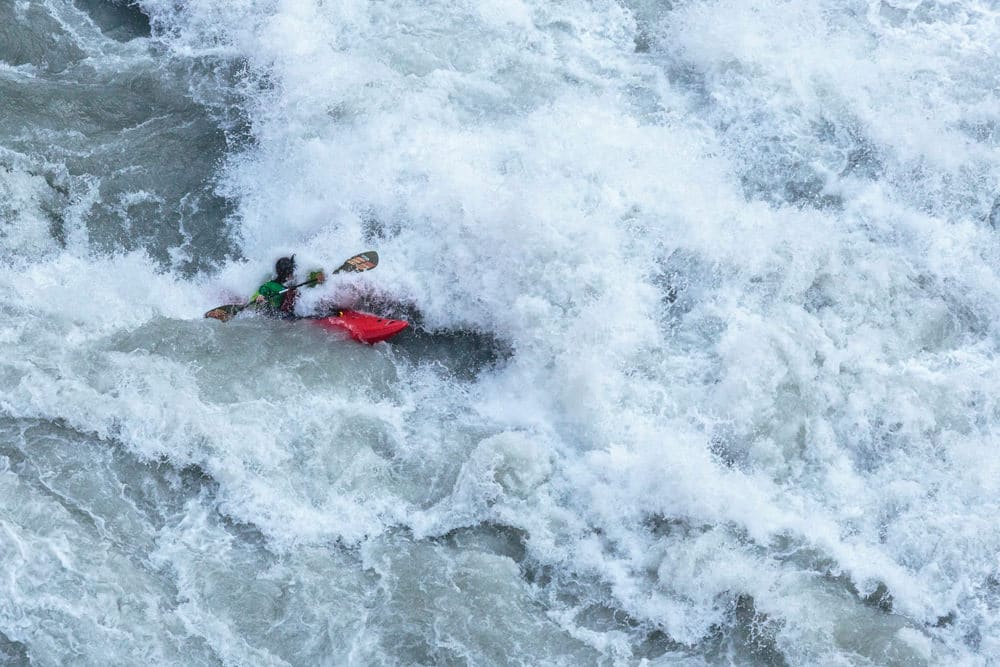 1) Eskimo Roll
You definitely want to be able to roll in big water! Swimming can be annoying as it takes ages to get to shore. Also you can have some severe down time on eddylines and whirlpools. So practice your roll before you paddle big volume rivers!

2) Don’t try to sneak!
One of the most things I see people do when they are in big volume for their first time is that they paddle down close to the shore hoping they can avoid the big stuff. That’s not a good idea! There is always whirlpools and curlers that push you into places where you don’t wanna end up. Also usually the stickiest holes are close to shore. To stay in the main flow gives you way more options. It’s easier to leave the main current then it is to cross it.

3) Eddyhopping is limited!
Once a big river starts to float into a rapid, it is pretty hard to stop. Also the way to the shore obviously is much longer than on small rivers, so keep in mind to stop before it’s too late.

4) Go with the flow, don’t fight it.
No matter how strong you are, the water is stronger. There is no way fighting tons of water pushing against you. Instead, look for a current that you can use to bring you where you want to be. 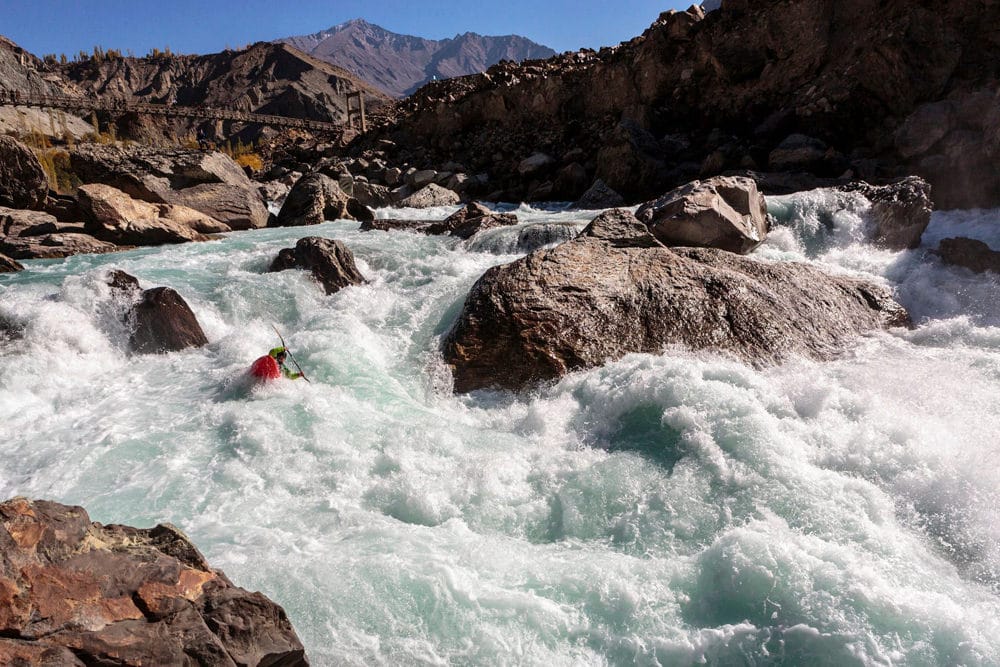 5) Be patient!
Don’t be too hectic. Big water newcomers are often trying to paddle to a certain direction too early. Let’s say you are trying to avoid a hole and want to pass it on the left. If you are too far left too early you might end up with problems I described in the sneaking part. Eddylines are one of the worst features in big water. They are so unpredictable and insanely powerful. Sometimes they just throw you back to the spot you were planning to avoid.

6) Be physically fit!
Kayaking in big water is pretty exhausting. Being fit helps a lot to enjoy it.

7) Don’t paddle alone.
A general rule, also for big water obviously. If you swim in the middle of the river you will appreciate a helping boat to pull you out!

8) Try to find a low consequence section to start with.
There is plenty of big water section with little consequences. No bad holes, no syphons and pools after the rapids. In my opinion, one of the best places to get used to big water is the Zambezi. Warm water, pool drop character and super fair rapids. Also the Futa is a good option, especially the lower part (bridge to bridge section).

Once you are used to it and feel comfortable in big volume rivers, I totally recommend you to go to Altai in Russia or Indus in Pakistan. There is insane big water on both of these trips!
Be safe and good lines! 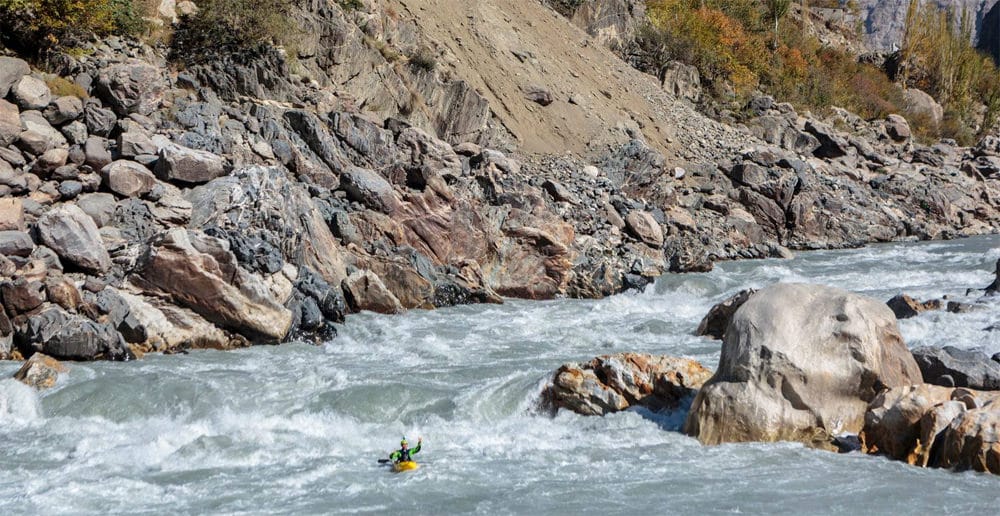