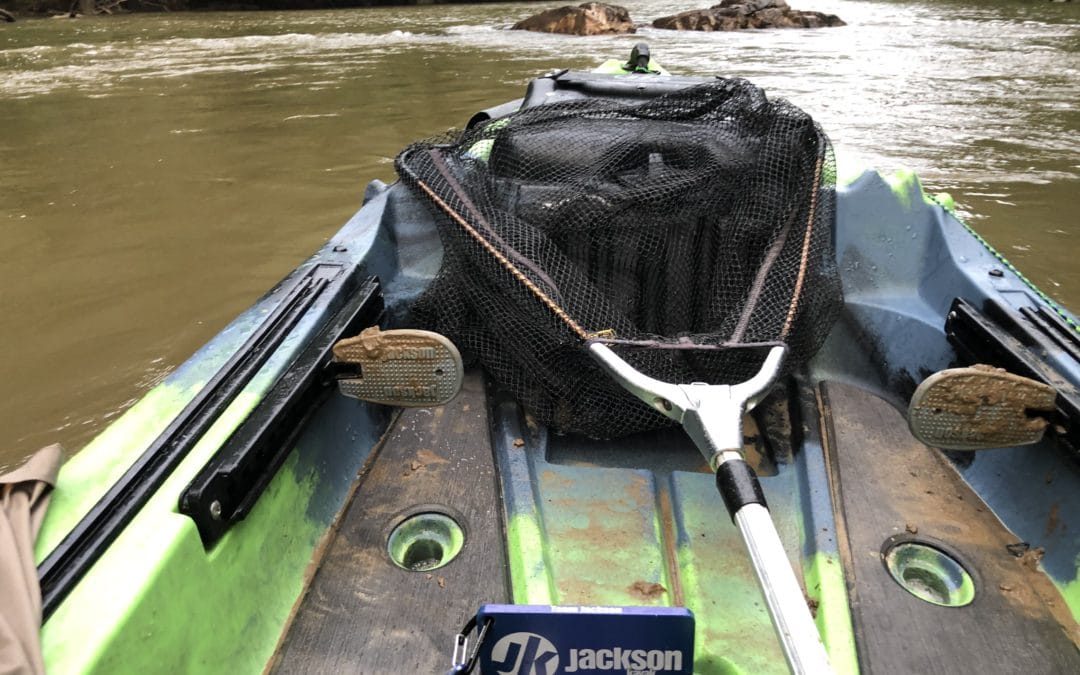 If you’ve followed along with my 2020 season recap series, you know it’s been an up and (mostly) down season to this point. After missing the first two events for obligations, I came out all gangbusters at the third Peach State Kayak Anglers event at Lake Lanier, taking second place out of 75 anglers, only to injure my arm the following weekend and wind up on the shelf for the next four events. That left me two events to try to salvage my season. Angler of the Year was far out of mind by that point but I still wanted to show strong in the final two events. That two-event stretch started with an event on Lake Allatoona and the upper Etowah River in August.

Like most of the anglers in the field, I opted to fish the upper Etowah River instead of the lake. Allatoona can produce some solid stringers in August, but the fish are on the move chasing bait, and you’re just as likely to skunk. I fished with three good friends on a stretch of river above the city of Canton where the check in was held. We did a bit of a commando launch – about a half-mile cart from where we dropped the kayaks and then a six-foot vertical drop through mud to the river. It proved to be a good stretch, with all four of us finishing in the top six.

Despite our good finishes, it wasn’t an easy fish by any means. It had rained pretty good the week of the event, and the river was up and muddy. I got my first about an hour after launching and my second about an hour later. Both fish scored right around 16” each, not a bad start to my five fish stringer. Fish three came right shortly after, but was much smaller than the first two, coming in under 13”. All three fish had come on a spinnerbait, but that bite shut down on me. 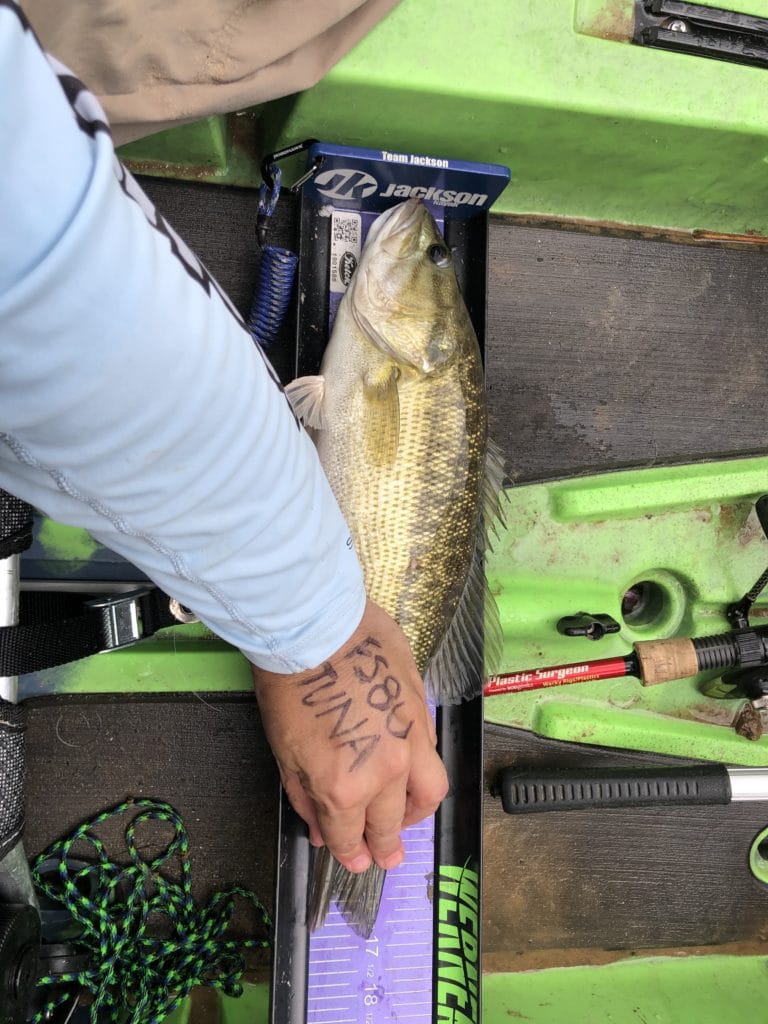 It was almost two hours before my next bite. I had slowed down and was casting a shaky head on a trick worm to wood when my fourth fish hit. At just under 17”, it was a solid addition to my stringer. Fish number five came right behind it, but at only 11” I knew I’d need to cull it to have a chance at a check.

It was slow-going from there, without a bite for almost another two hours. With about 45 minutes left to fish, I picked up a 15” spot on the back side of a blowdown, culling the 11” and adding 4” to my stringer late in the day. This cull proved to be crucial for me. It pushed me to 76.75” on a tough fish, good enough for fifth place and a check for $45 – not bad for four months off tournaments due to injury! With one event left, the annual King of the Rock tournament at Rocky Mountain PFA, I was determined to finish my season on a high note. Check back for the final installment in my recap series to see how things went. 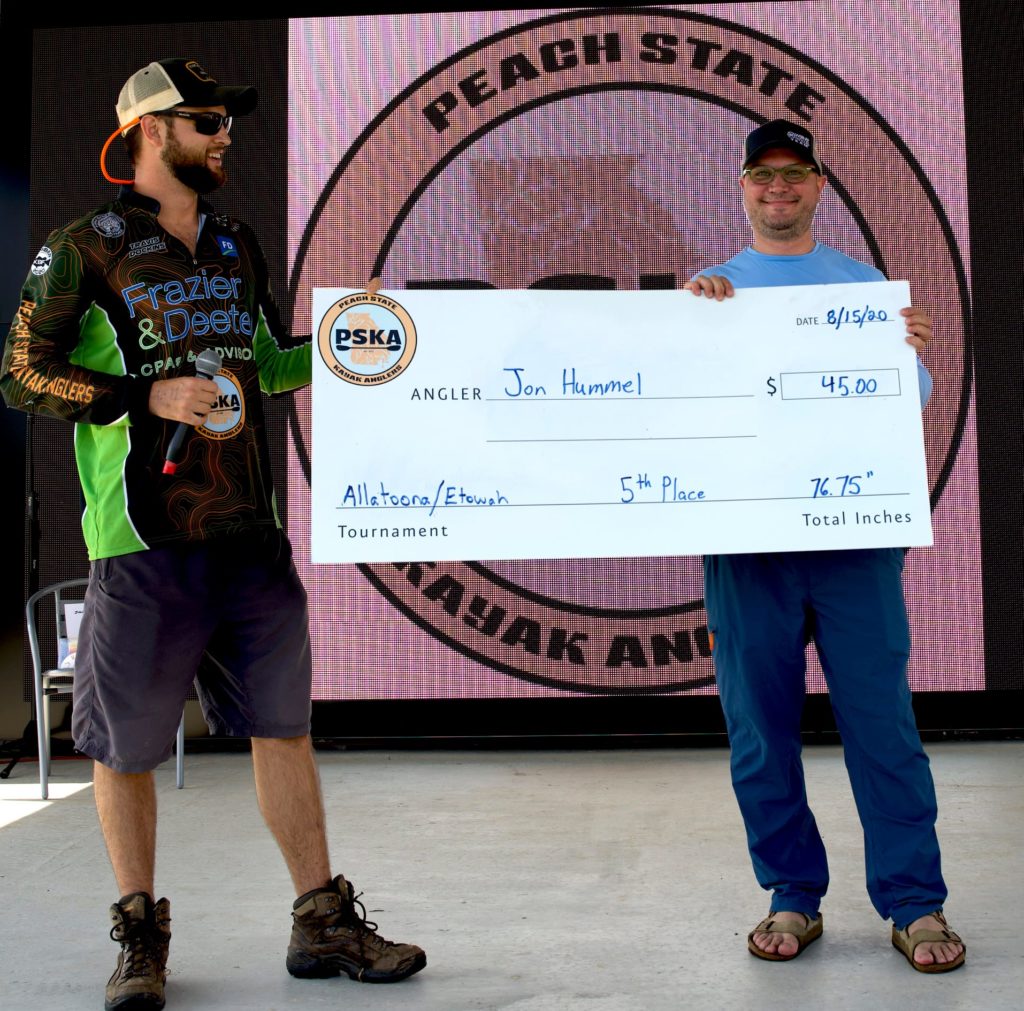