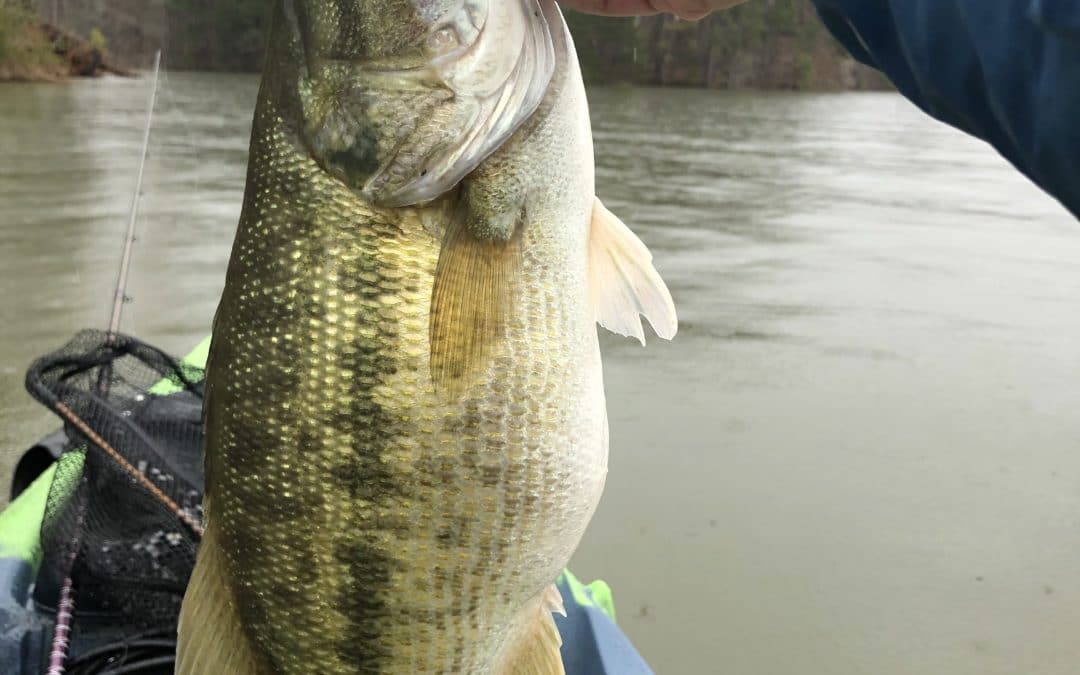 If you read Part 1 of my 2020 season recap, you already know the season didn’t start anywhere near how I’d hoped. Obligations for BASS Nation and work forced me to miss the first two events of the Peach State Kayak Anglers season. Our third event was scheduled for Lake Lanier on March 14 and there was no way I was going to miss it. Then COVID started getting much worse and things started shutting down and the event looked to be in jeopardy. Read on to find out what happens …

For my Lanier preparation and pre-fishing, I concentrated on a few areas of the lake I knew well. We only had two weekends between events, so I narrowed my plan down to two ramps and concentrated my fishing efforts on those. Neither area produced all that well during my pre-fishing, but rather than scrap all my work and planning, I decided to gamble that the fish just weren’t there yet but would be by the day of the event. 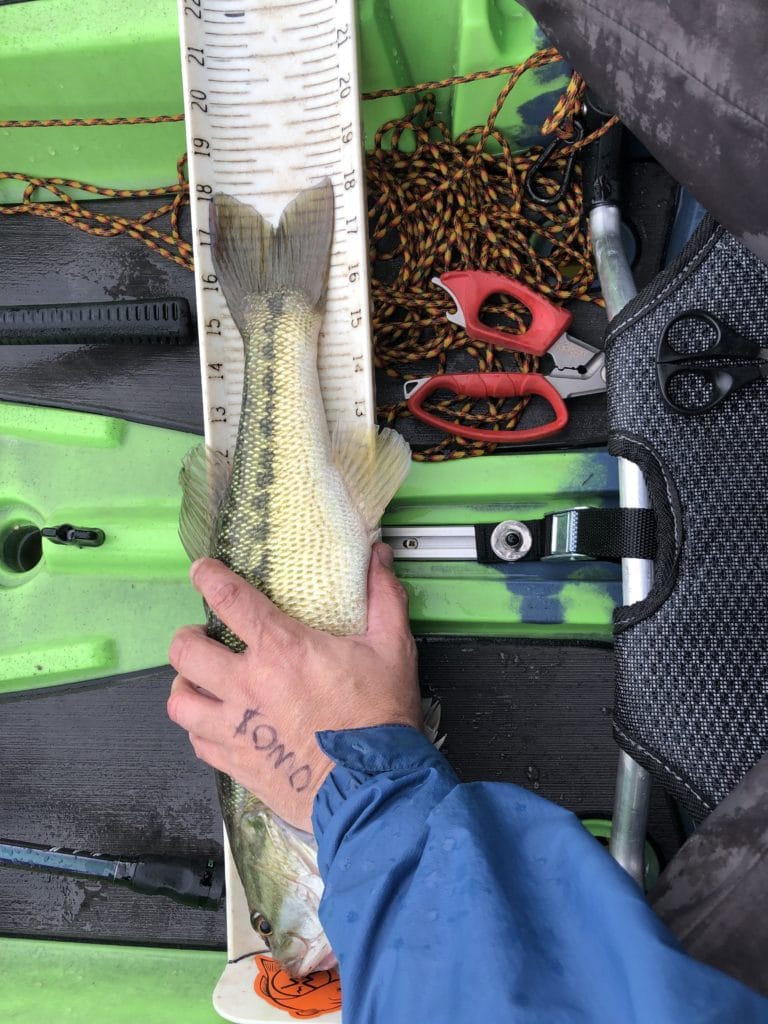 As we got close to the event, the COVID cases were really starting to increase and we debated heavily whether to postpone. We decided that with an outdoor post-event check in and uploading scoring fish to our group Facebook page, we could social distance effectively and still host the event so ahead it went.

The day of the tournament, I launched my kayak out of War Hill and made for my first area, a saddle that runs between two islands, with a quick drop on the main lake channel side. Not too long after getting there, I picked up my first spotted bass of the day – a 15.75” fish that hit a Picasso Lures Tungsten Knocker as I reeled it up the saddle from the main lake. Things were slow after that, so I moved around a bit before settling in around an underwater hump.

Soon after getting to the hump, I tied into a chunky 18.5” spot that smoked a crankbait, bringing me to two fish on my stringer. More importantly though, this fish told me that the spots weren’t stacked up together but were moving, so that’s what I did – move. 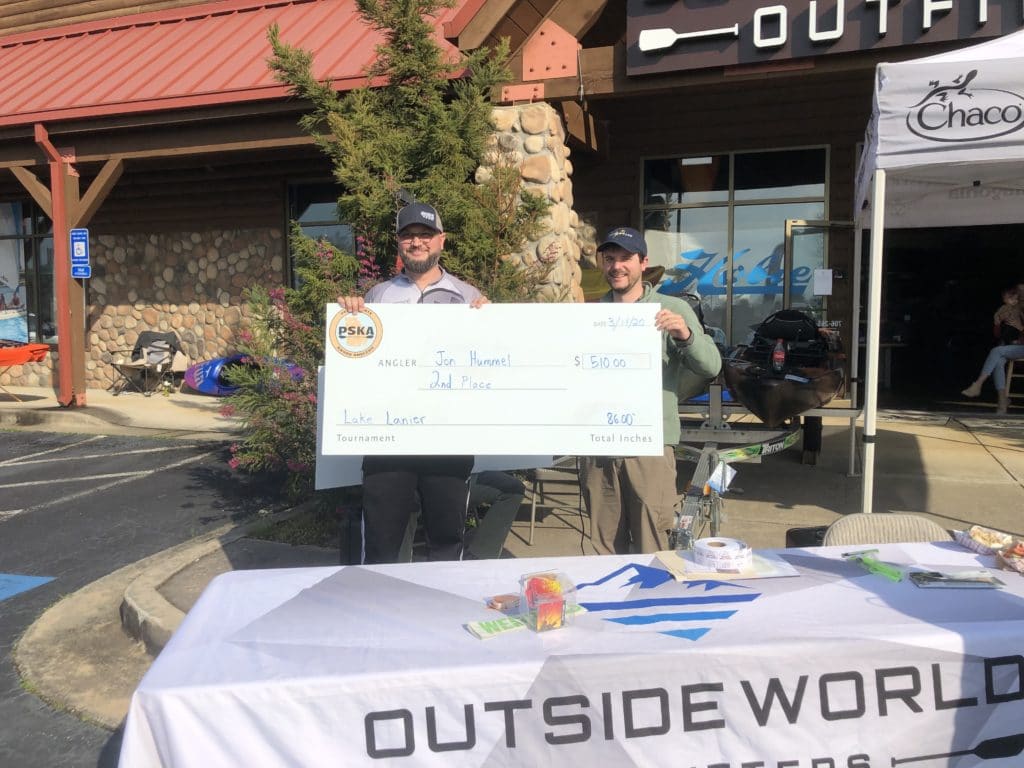 I fished slowly around a nearby island for about an hour before finding my third fish – 17.75” spot hanging around the deep water end of a large blown down pine tree. Fifteen minute later and 50 yards down the bank, I hit another long blown down pine tree and pulled up an 18” spot, leaving me one fish short of a full stringer with little over an hour left.

Hoping everyone else was finding the fishing tough as well, I felt that one more decent fish could put me in a spot to cash a check. I decided to make one final move clear across the lake arm to an area that I’ve always found to hold some good fish. With about 20 minutes left to fish, I managed one final bite – a 16” spot that brought me to 86” total. I felt good about that total, and with 75 anglers in the field, felt confident I had a chance for a Top 10 finish and maybe a small check.

When the dust had settled and all the fish had been scored, I wasn’t all that wrong. I was in the Top 10, but it wasn’t a small check I was cashing. I finished in second place by 1” and took home $510 for the day. This was the start of the season I had been hoping for and I couldn’t wait for our next event in April. Unfortunately I didn’t know at the time how long I’d have to wait to fish another event, but I’ll share all that with you in my next post.