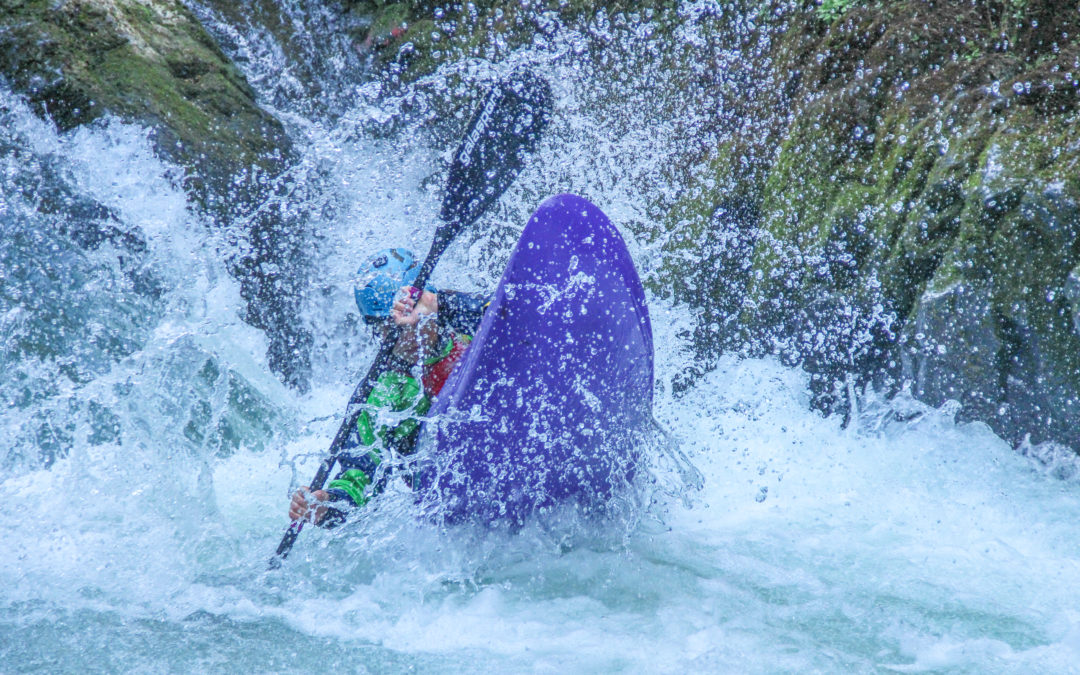 In recent years slice boating has made a comeback and exploded in popularity among the kayaking community. Half slices in particular have become ever more popular, with every kayaking brand producing their own take on a half slice. The beauty of the half slice is that it can be enjoyed equally among people of varying skill sets; it is both nimble and stable. I’ve paddled the majority of half slices on the market (I am still yet to try the Waka Steeze or the Zen Chill), and out of all of them the Antix 2.0 is my favorite. The Antix 2.0 is playful, stable, and fast (for being less than 9 feet). 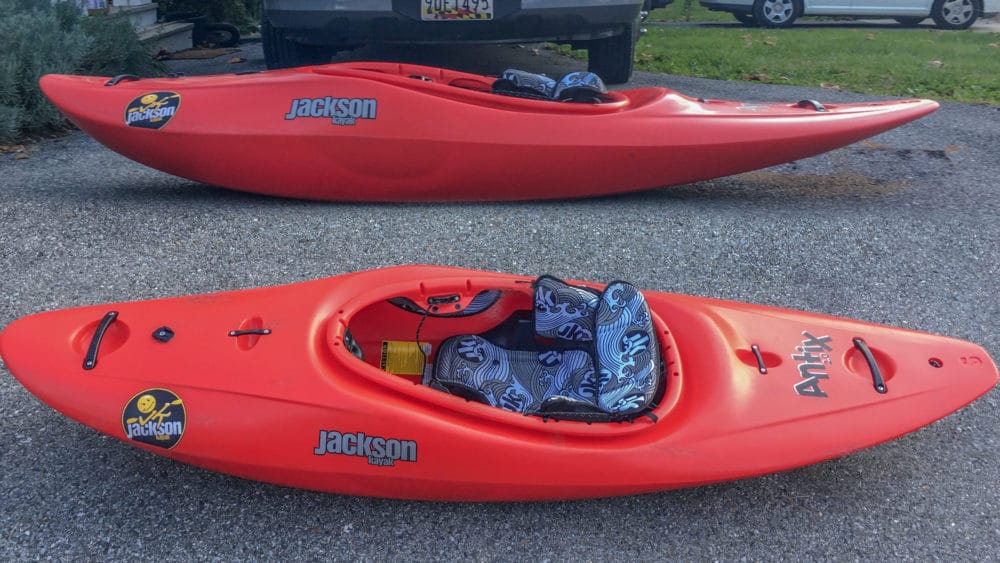 With World Class Academy I spent 6 weeks touring the Pacific Northwest for the first quarter of the school year. Due to COVID travel restrictions, we were unable to leave the country, making the PNW was the best place to start the school year in person. We paddled in White Salmon WA, Banks ID, and Leavenworth WA. The water levels were as expected for fall in the PNW: low. We spent most of our days doing low water slicey boat laps. I paddled the Antix 2.0 almost everyday, and not once did I get board of the low water levels! From bottom section of the White Salmon, to Tumwater Canyon on the Wenatchee, to the waterfalls of the Lower Wind, Antix 2.0 was a blast to paddle! 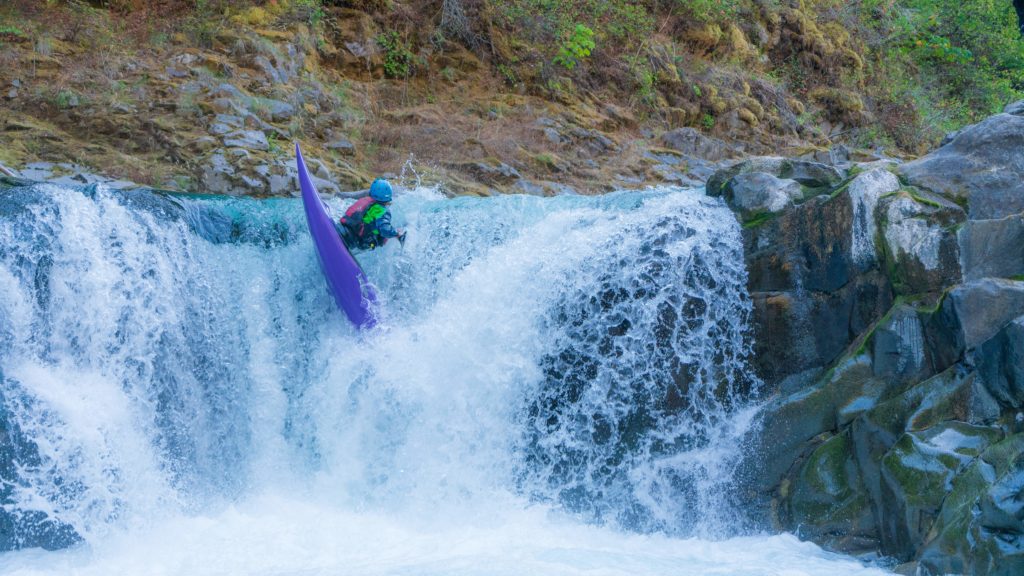 The Antix 2.0 is by far the most playful half slice on the market. The reduction in stern rocker, and addition of bow rocker and a full plaining hull makes stern squirts, splats, and surfs easier and more fun than ever! The original Antix stern squirted more like a playboat as in, you really had to crank it and do a lot of core work to get it vertical. The Antix 2.0 is much easier to get vertical and stern squirt overall. I find the redesign squirts more like a slalom boat than a playboat. Moreover, the Antix 2.0 makes the smallest and greenest waves a blast to surf. Carving on waves in this boat is addicting. Lastly, the extra bit of rocker makes rock splats even easier than the previous model, because it is easier to get the bow up in the redesign. 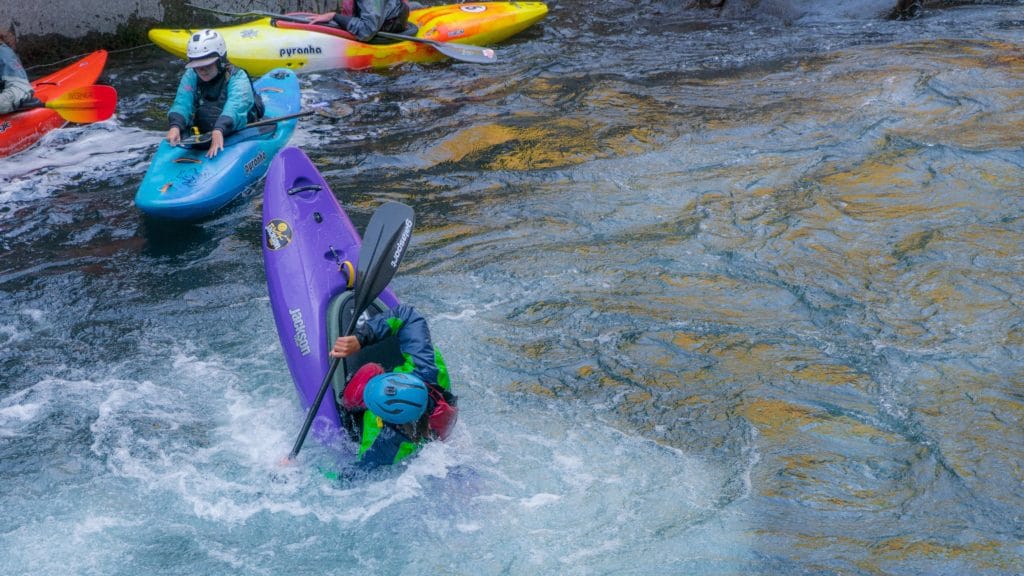 The Antix 2.0 is longer, faster and more rocker, all making creeking in this boat the bomb! It’s very noticeable how well the Antix 2.0 carries speed, and is surprisingly fast for being less than 9ft. The extra speed and rocker makes getting over holes, eddy lines, and other features easier and smoother than before. The Antix 2.0 makes keeping the bow up when boofing elementary and skips out over holes fantastically.

Though many people are critical of the shorter length of the Antix series, the shorter length opens up shallower eddy lines to play that you would not otherwise be able to play at in a longer kayak. Personally, I’d rather have a slightly shorter and more playful kayak. If I am doing a difficult run that requires a higher volume boat, I likely wouldn’t want to play as much anyway and wouldn’t mind taking a creek boat.

Lastly, I highly recommend this kayak for beginner kayakers too! This boat is very forgiving, stable and easy to roll. For people just taking their first strokes, the Antix 2.0 is awesome because unlike a creek boat it’s very nimble, but still carries speed similarly to a longer kayak. Most importantly, the redesign is extremely forgiving; the edges are soft, it’s overall very stable, and is easy to control. Whether it be learning to surf or roll, there’s a lot to do and learn in the Antix 2.0 and it’s impossible to be board in.

Whether you are a beginner or an advanced paddler there is plenty of fun to be had in the Antix 2.0. If you are to own one kayak, the Antix 2.0 is the one, because it is the right balance between play and stability. Get in touch with your local dealer to take one for a spin!

See you on the water 🙂
Madz